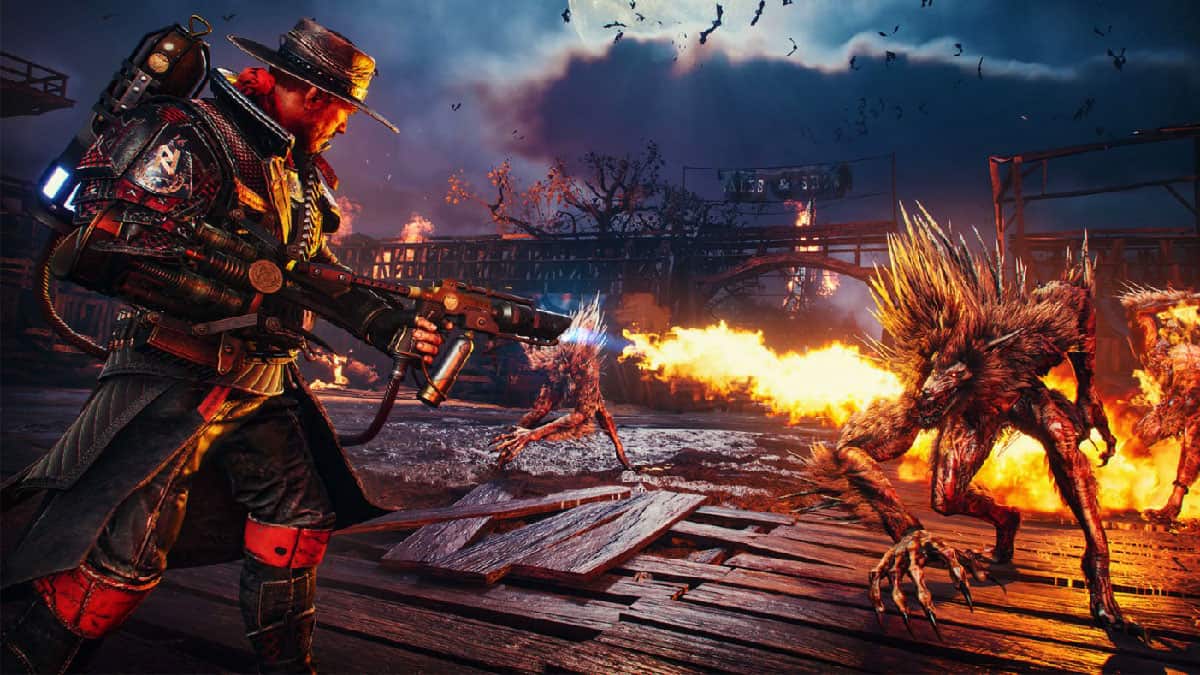 While the shooter genre is best known for FPS games like Call of Duty and Battlefield, there are just as many great third-person shooters releasing today.

From triple-A blockbusters to indie jams, players have a lot of options when deciding which third-person games to pick up and play.

In this list, we’ll highlight the best third-person shooters on Steam, PlayStation, Xbox, and Nintendo Switch.

This includes the best third-person shooters on PC and console to help satisfy those trigger-happy fingers of yours.

With that said, let’s jump right into our recommendations!

One where combat is both meaty and straightforward while providing enough weapons and abilities to keep things interesting.

You play as a vampire hunter named Jesse Rentier as he wages war with supernatural creatures across an American frontier.

The game does a great job of establishing its cowboy western setting while also exploring themes of sci-fi technology and the occult.

Next up is Rollerdrome, a third-person arena shooter with heavily stylized, cel-shaded art by Roll7, best known for the OlliOlli skateboarding series.

You assume control of Kara Hassan as she enters a deadly sport in which contestants perform roller-skating tricks while fighting enemies.

Each trick performed nets you more ammo for your guns and defeating enemies drops health pick-ups to keep Kara in the fight.

As you progress through the story, more powerful weapons like grenade launchers and shotguns are introduced as well as more challenging threats such as snipers.

Taking on the role of deadly little bean men, you mow down enemies across guarded facilities, cult camps, moving trains, and other environments.

After that, you’re welcome to replay the story with a friend via local co-op or move over to arena mode with character customization and skill tree progression.

If you’ve got a superhero itch, Marvel’s Guardians of the Galaxy is the perfect single-player shooter to scratch it.

Casting you as Star-Lord, the game sees you guiding the unlikely team of heroes across the cosmos to stir up trouble wherever they go.

Along the way, you’ll make new friends and enemies while shaping the galaxy, strengthening the guardians’ ties, and unlocking new attacks.

Gameplay puts a big emphasis on RPG progression and squad-based mechanics that see Star-Lord working with his team to overcome challenges.

Next up, Attack on Toys is a third-person shooter with RTS elements inspired by games like Army Men, The Mean Greens, and Home Wars.

It features a similar premise in which players control toy army soldiers as they wage war with rival squads using tanks, helicopters, and even robot mechs.

Soldiers can be customized and leveled up to unlock new weapons, cosmetics, and equipment to give them an edge during battle.

After playing through the included battle scenarios, you can explore an in-game map editor and share your creations using Steam Workshop.

Securing a spot on our list of the best PS5 exclusives, Rift Apart is a continuation of Insomniac and Sony’s Ratchet & Clank series.

In it, the titular heroes find themselves embroiled in an interdimensional crisis brought about by arch-nemesis Dr. Nefarious.

To stop portals from opening and closing at random, the pair embark on a thrilling cinematic journey filled with third-person shooter action.

This includes a host of new weapons and gadgets at Ratchet’s disposal that allow him to make quick work of his alien adversaries.

From a gameplay perspective, it plays similarly to games like Left 4 Dead or Aliens: Colonial Marines for a more in-franchise comparison.

It features 5 unique specializations to choose from and level up by unlocking new weapons, abilities, and customizations throughout a replayable campaign.

This makes it a fine choice for anyone looking for a looter shooter, co-op game, or excuse to blast some Xenomorphs.

Another game operating in the same space as Aliens: Elite Fireteam is World War Z, a co-op zombie shooter with a class-based structure and replayable campaign.

In our review of the game, we praised the third-person shooter for its satisfying combat, weapon, and class diversity.

Saber Interactive has since added new features as part of “Aftermath,” a substantial update with additional chapters, classes, and gameplay refinements.

One of the best new additions is a Horde Mode XL, which sees you mowing down increasingly hard waves of enemies for as long as possible.

In it, you guide the eponymous hitman Agent 47 along a globe-trotting mission to dismantle the criminal organization known as Providence.

This involves tracking down and eliminating a fresh batch of targets in massively open environments littered with hidden routes, weapons, and disguises.

Much like its predecessors, Hitman 3 lends itself to replayability, allowing you to retry every contract using new tactics to get the job done.

While more revered for its RPG mechanics than gunplay, the Mass Effect series has a rich and quite controversial history of releases and spin-offs.

Shepard is joined by a squad of diverse companions with backgrounds in military, medicine, and engineering willing to lend a hand in battle and weigh in on decisions.

Mass Effect Legendary Edition is the best way to play the original trilogy today as it makes many improvements to each game’s visuals, gameplay, and performance.

The rebooted Tomb Raider trilogy ranks consistently high among third-person shooter fans due to its excellent gameplay and storytelling.

Assuming you’ve already played through the first two games in the rebooted “Survivor” trilogy, now is as good a time as any to give the third game a go.

Shadow of the Tomb Raider features a much darker story with the usual supernatural touches fans have come to expect and a hardened protagonist in Lara Croft.

Having survived several hellish ordeals, the adventurer wastes no time in expanding her arsenal with deadly new tools and tactics.

Arthur and his gang go around robbing stagecoaches and evading the law, but there’s a lot else for a cowboy to see and do in the world.

You can ride horseback around the countryside, hunt exotic animals, get into bar fights, or take a nice battle bath after a long day.

Along the way, you’ll hone your skills in cinematic third-person shootouts that rely on Red Dead 2’s ever-so-satisfying deadeye mechanic.

Next up is Gears 5, the most recent entry in Xbox’s third-person shooter series exclusive to Xbox consoles and PC.

Centering on a mercenary named Kate Diaz, the story sees you investigating a connection between her family and mutated humans known as the Locust.

This leads Diaz and her crew into a battle with powerful enemies across dense and diverse environments designed with cover and tactics in mind.

Gears 5 does a great job of executing its multiplayer content with a co-op-friendly campaign and a slew of multiplayer modes.

In the realm of third-person shooters, Remedy has managed to strike gold twice with the release of supernatural shooters like Alan Wake and Control.

While taxing for lower-end machines, the game’s most demanding aspect is its frantic combat that seems to never let up.

You’ll find yourself frequently having to move around and keep your distance from zombie-like enemies known as the Hiss.

Aiding you in your task is a shapeshifting pistol with alternate fire modes and supernatural abilities that allow you to levitate and move objects.

While roguelike games are quite popular these days, there still aren’t many options for infinitely replayable third-person shooters like Risk of Rain 2.

Resident Evil has fared a lot better than most 90s shooter franchises despite criticisms of the super restrictive tank controls found in its early entries.

Thankfully, more recent installments have done away with this design in favor of an over-the-shoulder camera that can be rotated freely during gameplay.

This is on full display in Resident Evil 2 Remake, which reimagines the classic survival horror adventure from the ground up.

Guiding both Leon and Claire, you’ll carefully juggle ammo and other resources while navigating zombie-infested rooms, halls, and tunnels. 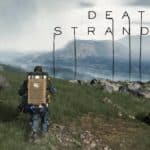