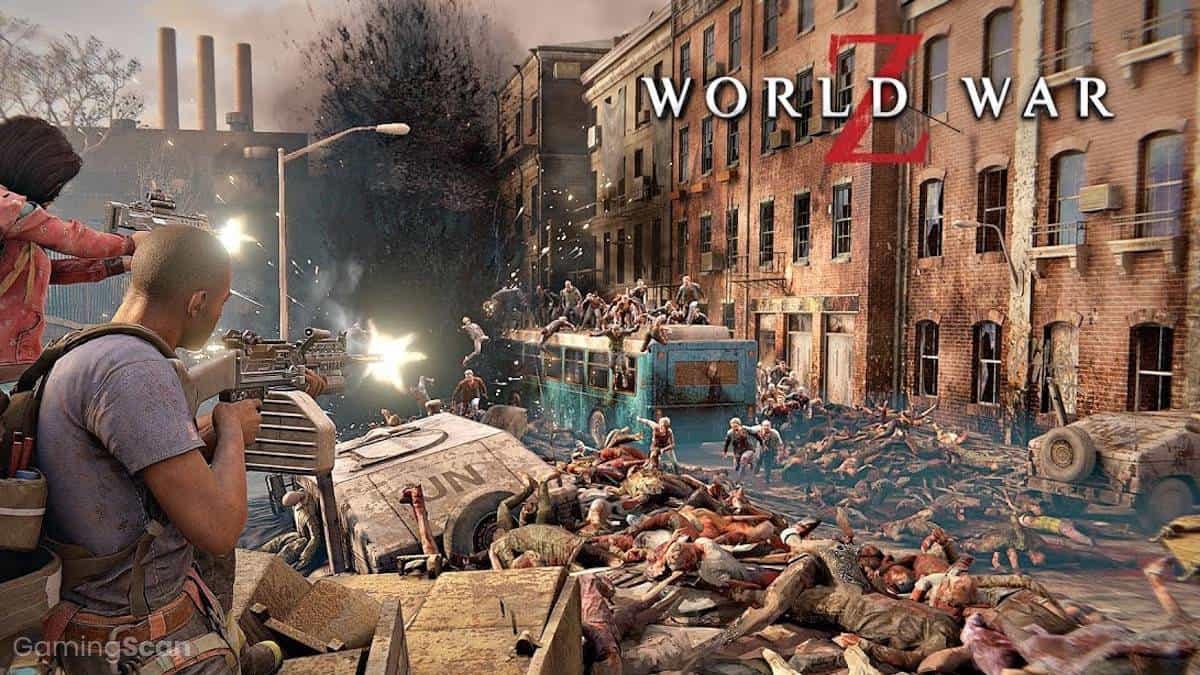 Zombie games today have some pretty big and bloody shoes to fill thanks to games like Left 4 Dead, the iconic undead co-op shooter which set the tone for this niche genre.

And even though we’ve seen a lot of attempts at replicating the success of Valve’s zombie games, none have managed to even come close until now.

World War Z, based on the movie and novel of the same name, is a third-person shooter that makes no effort to hide its L4D-inspired gameplay.

However, upon closer inspection, some key differences set WWZ apart from its predecessors. So what has developer Saber Interactive done to carve out a space for themselves in the pantheon of zombie shooters?

First off, the game looks about as gorgeous as you’d expect a current-gen game to be. Characters, environments, weapons, and even zombies are all carefully detailed and look realistic. The four maps currently available are set in diverse settings that never feel like they’re recycling assets from previous sections.

For a game that’s centered on fast-paced combat, WWZ fills its mission environments with a lot of small details that most players will breeze right by. As a native New Yorker, I was especially impressed by the attention to detail Saber used in recreating the city’s architecture and transit system in the first chapter.

This same level of care is applied to each subsequent map with interpretations of zombie-infested Jerusalem, Moscow, and Tokyo, all feeling like adequate approximations of their real-world counterparts.

The game also does a great job with sound design. While you’ll still hear typical zombie groans from most enemies, WWZ features several special enemy types that have their unique sound cues.

Although each special zombie behaves and looks different, the easiest way to tell one is nearby is by paying attention to the unusual sounds they make.

Of course, the game finds ways to use these same elements against you. A good example is whenever you find yourself defending a position from waves of incoming zombie hordes, whose footsteps you can hear rapidly approaching long before they’re near.

This makes setting up traps and defenses more anxiety-inducing since you have no idea where zombies will come from and how many there are.

Each of the game’s four maps, described as chapters, follows a separate storyline, which is broken up into three episodes, aside from Tokyo, which only has two.

These missions always revolve around accomplishing a specific goal, usually escaping an area, rescuing someone, destroying a massive zombie swarm, or a combination of the three.

The game never forces you to keep track of what’s going on in the story, with cutscenes limited to a few seconds before the start of each mission, which I think is for the best given that this is an online co-op game where players are frequently talking in voice chat.

Characters do have dialogue exchanges, and NPCs will relay information to you over the radio. However, the game still does an excellent job of visually indicating where you need to go.

However, if you’re looking for more lore, there’s still some stuff to check out in the game’s ‘Collection’ section in the main menu. Here you’ll find backstories for every playable character that provides a bit more context for how they ended up in their current situation.

Since each map is based on an area from the 2013 WWZ film, they all contain subtle references. My favorite example is the first mission in Jerusalem, which has you pass by a demolished section of the large barrier surrounding the city.

The part that’s been destroyed looks very similar to the one from the film that collapsed when a massive horde managed to climb over the city’s walls.

The L4D-influence is most evident in WWZ’s gameplay loop, which has you replaying missions with a squad of four, attempting to survive waves of zombies. At the same time, you hold a position or explore an area to find mission-specific items like explosives or a key to unlock the next area.

While I’d like to have seen the game take some more risks and deviate from the typical co-op shooter formula, I understand why Saber decided not to – if it’s not broken, don’t fix it.

However, taking the safe route does lead to a more thorough comparison between WWZ to its undead counterparts. For one, I deeply missed the safe rooms from L4D, which provided players with a space to stock up on ammo, switch weapons, and catch their breath before the next battle.

WWZ doesn’t include these on any of its maps, and while you’ll usually find supplies grouped, they’re almost always out in the open near zombies, meaning you can still be attacked while trying to restock and organize your loadout.

I would have also liked to see more special zombie types since right now, the game only has four different ones, with a majority of them having attack patterns that share a striking resemblance to L4D’s.

For example, the ‘Bull’ is a bigger zombie that wears police riot gear and targets a single player before tackling them at full speed, similar to ‘The Charger’ from L4D2. The Bull is just as terrifying to encounter, especially if you’re on your own, however for how little enemy variety the game has, the originality of his attack gets old quickly.

Still, WWZ’s combat is nothing short of mindless, action-packed fun as the game throws a bunch of weapons and ammo at you. Additionally, the game’s proprietary Swarm Engine allows for massive hordes of zombies to be rendered on-screen at once.

These swarms cluster up into giant balls of flesh as they try to climb up walls and over gates, making it extremely satisfying to rip through them with overpowered heavy weapons, explosive items like c4 and claymores, and machinegun turrets.

The game contains six classes that can be leveled up to unlock more skills, and I spent most of my time playing as ‘Hellraiser,’ which focuses on dealing damage to groups of enemies with explosives.

I tried a few other classes like ‘Slasher,’ which is more melee-focused, as well as the game’s version of ‘Medic’; however, none seemed to have a significant effect on the core gameplay experience.

Even though I would have preferred to see more time spent developing each class to make them feel more distinct, I still found their specific skills useful in battle.

Oddly, the game ditches its classes completely for its PVP mode, which has you and your team facing off against another squad in several standard modes like Team Deathmatch and King of the Hill, sprinkling in waves of zombies as well.

In place of classes are different weapon loadouts, which are assigned roles like ‘Support’ and ‘Assault.’ I didn’t particularly enjoy the PVP mode as I found it too chaotic to have both human players and zombies attacking me at the same time.

If there’s one point I’d like to make, it’s that you should approach WWZ knowing it’s not your typical ‘one and done’ game and that the bulk of the experience is based on replaying missions you’ve already completed.

A single playthrough won’t yield enough XP to max out the skill tree of any of the game’s classes or unlock every attachment for one of its many weapons.

Thankfully, missions are designed with this in mind and offer enough variety to keep you from feeling like you’re doing the same thing over and over again.

That being said, this is the kind of game that’s a lot more fun when you play with friends. Communication isn’t necessary, and you can still go through the game completely solo with AI-controlled teammates, but having a buddy with you will make replaying missions a bit more bearable.

If you’re looking for an enjoyable zombie shooter that’s not too demanding, then WWZ might be for you. 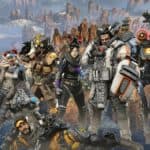