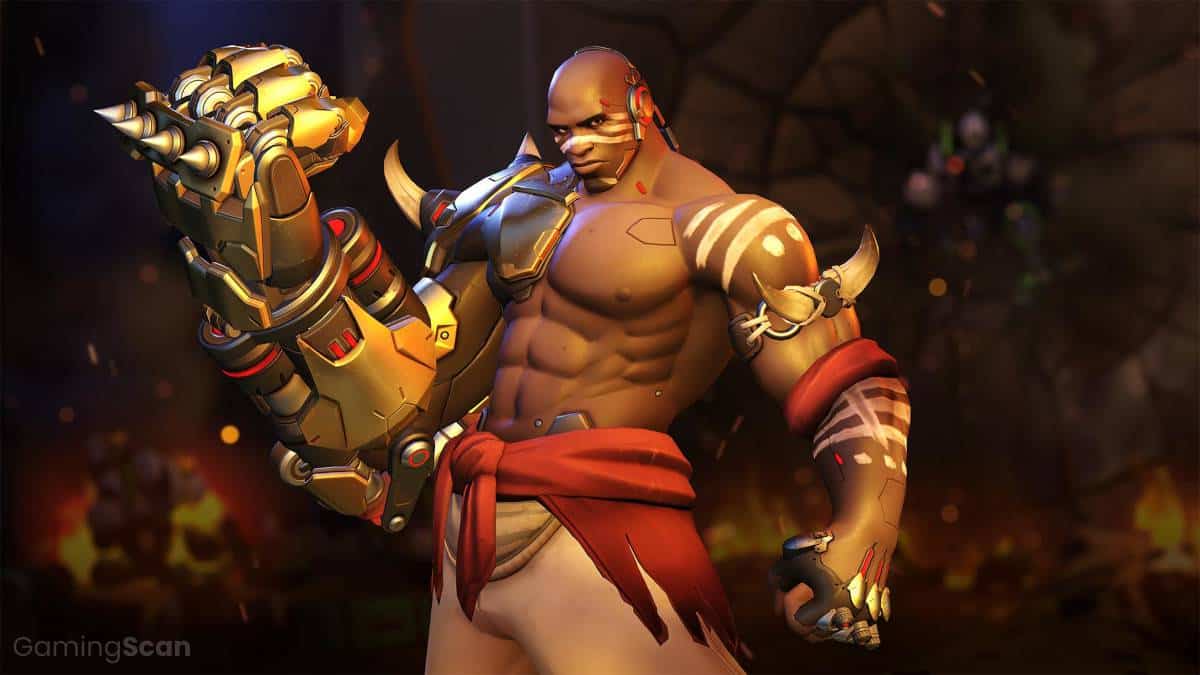 Equipped with a cybernetic arm, Doomfist is a highly mobile, fast-hitting frontline fighter who falls under the damage category of Overwatch heroes.

In this Overwatch Doomfist guide, we’ll highlight the best tips, tricks, and strategies for playing as the martial artist turned mercenary.

Doomfist’s playstyle centers on high-risk high-reward melee attacks that have the potential to instantly kill most heroes, namely DPS and Supports.

With abilities like Rocket Punch, Seismic Slam, and Rising Uppercut, Doomfist can cover a good amount of ground in a short time, both horizontally and vertically.

While Doomfist is great at dealing burst damage, he has a relatively small effective range and a larger hitbox compared to other DPS heroes.

How to Use Hand Cannon

Doomfist’s only projectile-based weapon is his Hand Cannon, which fires a short-range, burst of 11 pellets from his knuckles that deal 1.8 – 6 damage per pellet.

It’s ideal for finishing off low health enemies and whittling away Tank health bars, though it requires a bit of foresight to get the most benefits.

This is due to its lengthy reload animation, 0.65 seconds per shot, as well as the fact it can’t be manually reloaded, requiring you to wait until the Hand Cannon runs out of ammo before it automatically reloads itself.

On the plus side, you can cancel the Hand Cannon’s post-fire animation using any ability, allowing Doomfist to combo into other attacks and get back into the action quickly

How to Use Seismic Slam

Seismic Slam is a heavy-hitting AoE melee attack that sees Doomfist leaping forward and smashing into the ground, knocking nearby enemies toward him.

Its damage depends on how far Doomfist travels before slamming to the ground, with a cap of 125 damage at the max range (15 meters).

Aside from creating an opening by pulling enemies closer to Doomfist, Seismic Slam is useful for dishing out massive burst damage in a short amount of time.

When activated from the ground or after a jump, Seismic Slam arc will travel downward while performing it after a fall or Rising Uppercut will cause it to move in a straight line.

How to Use Rising Uppercut

Rising Uppercut is another useful disruption tool in Doomfist’s arsenal that opens him up to other combo opportunities.

Upon activation, it sees him launching any enemies within a 5-meter radius high into the air, dealing 50 damage while also disabling their ability to strafe for 0.6 seconds.

During this time, Doomfist becomes momentarily suspended in air, gaining reduced fall speed and making it easier to follow up with another attack.

Once launched, he can trigger Rocket Punch to send enemies flying even farther, possibly knocking them off ledges so they fall to their death.

How to Use Rocket Punch

Another great move for knocking enemies around is Rocket Punch, which requires Doomfist to first charge up his fist before lunging forward towards whichever direction he’s facing.

This attack deals 50-100 damage upon impact with a single target, and an additional 50-150 damage if the target makes contact with a wall after they’re knocked back.

A downside to using Rocket Punch is that Doomfist is basically immobile during the 2-second max charge duration, which is ample time for opponents to escape or stun him.

Therefore, it’s recommended you try charging Rocket Punch behind cover before engaging, although it’s also useful for retreating while at low health.

How to Use Meteor Strike (Ultimate)

For his ultimate, Doomfist leaps high into the sky and disappears before striking down to the ground with the force of a meteor strike.

Damage is applied within an 8-meter radius and varies depending on which ring enemies are positioned on: 300 damage for the inner ring, 15-200 for the outer ring.

Once an area of effect has been selected, Doomfist becomes momentarily invincible right up to the point he lands, leaving him vulnerable immediately after.

So while Meteor Strike is an excellent tool for zoning, allowing you to contest the objective or force enemies to flee, you should avoid using it when you’re the last player standing.

Doomfist can provide tremendous value to any team so long as he manages to catch the enemy by surprise and land attacks consistently.

Additionally, his passive (The Best Defense…) ability provides him with temporary shields anytime he deals damage using one of his active abilities (+30 per enemy with normal abilities, +75 with Ultimate)

You should approach Doomfist with a combo-based mindset and look for opportunities to maximize burst damage when possible, ideally by synergizing with the following heroes.

Which Heroes Combo Best With Doomfist?

If it wasn’t clear by now, Doomfist has his fair share of flaws which become obvious anytime his abilities are on cooldown.

For one, he has a hard time fleeing from battle with his default movement speed; additionally, his larger hitbox makes him the more appealing target for players on the other team.

Lastly, while serviceable, his Hand Cannon is not great for long-range projectile damage and is more akin to a shotgun, rendering him useless to targets that can outrange him.

Which Heroes Does Doomfist Struggle Against?

Considering there aren’t many primarily melee-based characters in Overwatch, playing as Doomfist is very different compared to even other DPS heroes.

This can make the learning curve to mastering his kit much steeper, especially when you factor in his weaknesses.

Still, with enough practice and creativity, you’ll find Doomfist can punch his way through just about any obstacle that stands in his way; to wrap things up, here are some last-minute tips to keep in mind: 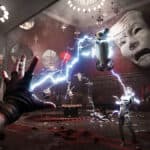