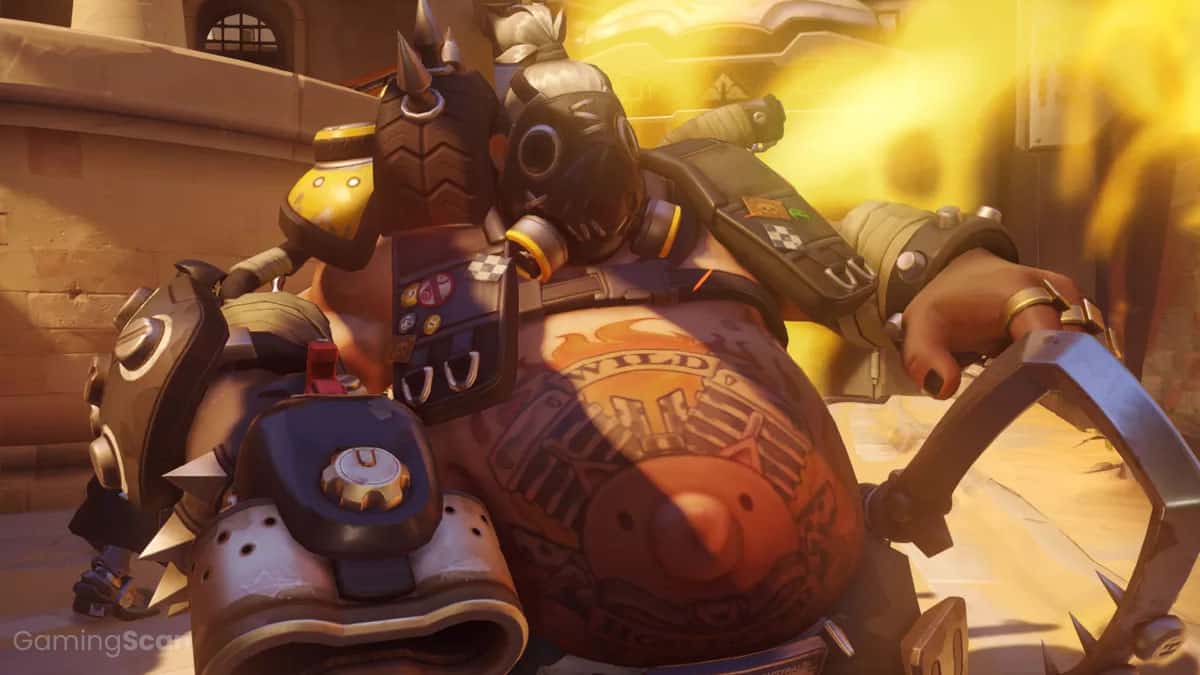 Like many other competitive games, success in Overwatch is measured by how familiar you are with every weapon, character, map, and game mode.

Where Overwatch differs from other first-person shooter games is its emphasis on communication and hero abilities, more specifically, the ‘synergy’ between different characters.

This can make getting started in Overwatch more challenging for new players who haven’t put in the hours of practice necessary to master a particular hero or role.

To help you get past any beginner hurdles, we’ll be guiding you through the most essential Overwatch tips and tricks for beginners.

By the end, you’ll have a better understanding of each role and insight into the most effective strategies for winning in Overwatch.

Learn How To Play Each Role

There are currently 32 heroes in Overwatch, and each one falls under one of three categories: Tank, Damage, or Support.

They all serve different purposes and can be broken down into even smaller subcategories based on their playstyle and abilities.

Below, we’ll provide a brief overview of each role, list the heroes associated with them, and assign a beginner difficulty rating of Easy, Medium, or Hard.

Tanks are easily identified by their relatively large size and massive healthpools that let them absorb the enemy team’s damage within a certain threshold.

Their goal is to protect squishier heroes such as healers and close-range damage dealers by creating distance, soaking up damage, and eliminating targets who pose a threat.

By design, most tanks possess abilities that allow them to shield teammates from damage (in the case of Reinhardt, it’s a literal shield), while others focus on creating distance and separating enemies.

While tanks are great at taking damage, even the best tank player won’t get far without a healer or damage hero backing them up.

Damage heroes are the most sought after role in Overwatch and generally have smaller healthpools, increased mobility, and more offensive capabilities.

While playing as a damage hero, your main focus is taking out players on the enemy team using both your primary weapon and abilities.

Since damage heroes are a lot squishier than tanks, you’ll want to position yourself somewhere safe but still within range of your allies and enemies.

Although there’s a decent amount of variety in damage hero abilities (i.e., Sombra’s hacks, Mei’s ice wall), they can often feel like a bit one-note, with little to offer beyond kills.

They’re notoriously under picked compared to damage heroes but are often the deciding factor in whether a team loses or wins a game.

While support characters tend to have the most diverse movepools, they’re also the squishiest heroes around, so you’ll want to stick close to your tanks for protection.

Join A Group Before Queueing

Considering how vital communication and teamwork are for winning games in Overwatch, your best bet is to group up with friends (or strangers) that use microphones or, at the very least, text chat.

You have plenty of options for setting up voice chat, including Discord, party chat on consoles, or our personal pick, Overwatch’s built-in voice chat system.

The game also features a built-in matchmaking tool for finding a group of like-minded players, complete with details regarding available roles, what mode the group will be playing, etc.

To access the ‘Looking for Group’ feature, you can either select the yellow box at the top-right corner of the home menu or navigate to Play > Find Group from the home menu.

While this list isn’t meant to offer in-depth advice about the pros and cons of different team compositions, it’s something you’ll want to be aware of as you play the game.

The term team composition refers to the makeup of heroes in any given game, most commonly the 2-2-2 set-up with 2 Tanks, 2 Damage, and 2 Supports.

The hero you select will vary based on your personal preference, team needs, and if there are any other characters already in play that complement their playstyle.

This is a lot more flexible in Quickplay and Arcade than Competitive Overwatch, where team comps mean everything.

Learn Which Heroes Counter Each Other

Adding on to the previous section, you should be keeping an eye out for heroes that are obvious counters to other ones and pick accordingly.

If there’s a particular hero on the enemy team who’s giving you trouble, look up which heroes counter them for the next time you find yourself face to face with that hero.

At the same time, you should be applying pressure to heroes that are at a disadvantage to your character’s skillset in order to reduce the enemy team’s numbers and ultimately win.

To really drive home the point that you should be actively picking certain heroes, we should discuss what synergy is and why it’s so crucial for winning games.

Synergy is when you and another player’s abilities work in tandem, allowing you to bounce off of one another’s plays and effectively dominate the game.

There are plenty of characters whose weapons, abilities, and Ultimates combo nicely, so read up on your favorite hero and see who they mesh with.

It can be frustrating to deal a huge amount of damage to an enemy tank only to have their healer patch them up like nothing ever happened.

To avoid this from happening, you should focus on taking out any healers or support characters first, especially if they’re alone.

While this is mostly for damage heroes, it can easily apply to any of the three roles. In general, the hierarchy for who to target goes Support > Damage > Tanks.

If you can consistently kill the enemy team’s healers, the rest of the team will eventually fall apart and have to split off to look for health packs or retreat entirely, allowing you to secure the objective.

Stay On The Objective

If you take anything away from this guide, let it be the importance of staying on the objective even when your teammates refuse to.

Eliminations can only get you so far in Overwatch before the enemy team finds a way to punish you and leave your team outnumbered.

There are some heroes whose playstyle naturally calls for them to fight near the objective, and others (like Widowmaker), who prefer to hang back and set-up shop away from the main fight.

Even if the hero you’re currently playing doesn’t lend themselves to fighting near the objective, avoid overextending and be ready to contest the point or payload if need be.

If it wasn’t apparent by now, movement in Overwatch is pivotal to winning games since certain heroes can sniff out your location and hunt you down.

The two characters to watch out for are Hanzo and Widowmaker, which coincidentally are the two snipers in the game and have abilities that let them see through walls.

This can be bad news for heroes that are weak against them (namely Bastion, Torbjorn, and Junkrat) or simply anyone who stands still for too long.

Ensure you’re keeping snipers on their toes; always move around the point, adjust your positioning, and look for new vantage points to set up turrets or traps.

Group Up After Every Respawn

During games, a good practice is to group up with teammates after every respawn, especially if your deaths were staggered.

This can give your team an opportunity to communicate, restrategize, or switch heroes if necessary before the next big push.

If your team is losing, it may be wiser to group up away from enemies near spawn, but don’t hesitate to race back to point if some of your allies are still putting up a fight.

You can let other players know you want to group up either through chat or the Communication Wheel by pressing C on the keyboard or down on the controller D-pad.

Use Your Ultimate Wisely

Every Overwatch hero has a unique Ultimate ability that charges over time based on factors like damage dealt and amount healed.

Some Ultimates are more offensive, while others are designed to buy you time until the rest of your team respawns or an enemy finishes their attack.

Considering how powerful and limited in use Ultimates are, you should only use them when you’re confident your team can follow up with their own attacks.

Below, we’ve listed the most effective Ultimate combinations that work in tandem to help you take back control of the battlefield.

Although Overwatch’s default settings should serve you just fine, you can always go in and fine-tune them by navigating to Options > Controls from the home menu.

Here you can change your mouse or controller sensitivity, set your reticle type and color, turn ally health bars on or off, and map your controls to different keys or buttons.

A drop-down menu allows you to make universal changes that affect all heroes, or create custom settings profiles for certain characters.

Over time you’ll start to develop a better understanding of how certain characters should move or aim, so feel free to experiment with both low and high sensitivities until you’re comfortable.

Avoid Toxic Behavior As Much As Possible

The Overwatch community is notoriously toxic so try not to take any harsh criticism too personally and instead report offenders for hateful language and behavior.

This mainly applies to Competitive Overwatch, but even in Quickplay and Arcade, you run the risk of coming across all sorts of unsavory characters.

Although no one likes to lose, every game is an opportunity to grow and learn more as a player; reflect on what worked, what didn’t, and come back with a new approach.

Last but not least, remember to rest after incredibly intense matches by stretching, grabbing a drink, etc., just to give your brain a break from all the chaos. 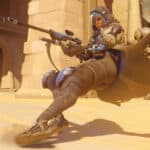