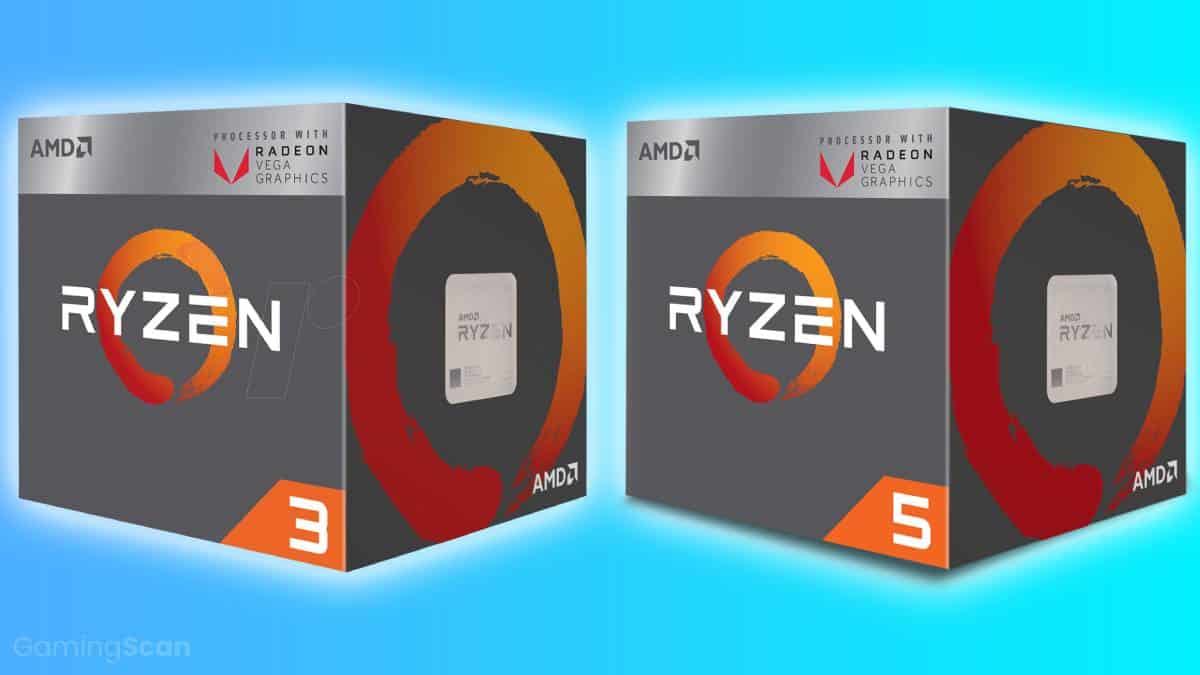 Did you know that a PC doesn’t necessarily need a CPU to function?

Well, technically. If you take a look at the processors that are available today, you will find that AMD has a wide selection of APUs available, so what is an APU?

Short for Accelerated Processing Unit, an APU is a processor that has both CPU and GPU cores on a single die, which means that it can fill both roles efficiently.

So, if you are thinking about getting an APU in 2022, here are several of the best model you can pick right now! We will also be answering some common questions that you might have about APUs below, so if you’re interested, read on! 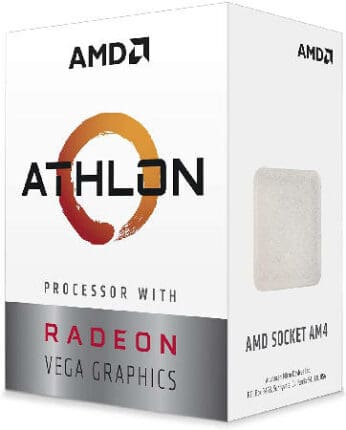 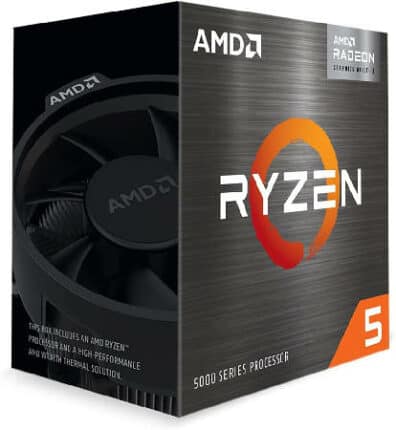 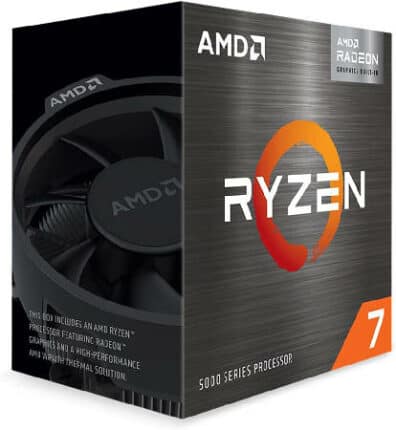 First up, we have something coming from AMD’s venerable Athlon brand that has seen many changes over the years. AMD had recently revived Athlon as an AM4-compatible series of affordable processors, and the APUs from that series have consistently been solid budget options!

At first glance, the Athlon 3000G is not that impressive. A dual-core, four-thread processor with three GPU cores that AMD markets as ready for “720p esports gaming out-of-the-box” won’t exactly turn many heads in the day and age of ray tracing and 4K gaming.

However, when you consider that the asking price hovers around a mere $80, it becomes abundantly clear that this APU can literally save you hundreds of dollars if all you intend to play is casual games and less demanding esports titles—especially with the GPU prices being what they are.

That said, the Athlon 3000G won’t be everyone’s cup of tea, as its overall performance (both in the CPU and GPU department) is not exactly stellar, and it won’t get any better with time. Nonetheless, if you’re pinching pennies and just want the cheapest solution that you can find, even if it is only temporarily, then this APU could be the ideal pick for you.

Moving on, we get to something a bit beefier with AMD’s Ryzen 5 5600G APU. This APU is based on the company’s latest Zen 3 architecture and is far more impressive than the Athlon model we have looked at above, and it is certainly superior to its Zen+-based counterparts from a few years ago.

Featuring 6 cores, 12 threads, and 7 Vega graphics cores, this APU is a well-balanced solution that is capable of rather impressive performance in 1080p even when it comes to the latest AAA games. That is, impressive considering that it packs entry-level GPU performance in a sub-$300 processor.

It goes without saying that even a more powerful APU such as this one cannot really go toe to toe with even the most affordable budget GPUs that are available right now, but it is nonetheless a great choice for 1080p gaming if you don’t intend on playing any overly demanding games, or if you cannot afford a dedicated graphics card at the moment.

And now, we get to what is currently the most powerful APU that AMD has ever made: the Ryzen 7 5700G. For all intents and purposes, it is a slightly more powerful, slightly more expensive beefed-up version of the Ryzen 5 5600G that we have taken a look at above.

That is to say, it uses all of the same technology and ups the core count across the board, featuring 8 processor cores, 16 threads, and 8 Vega graphics cores, all the while hitting higher clock speeds on the latter without sacrificing power efficiency.

Now, as mentioned above, this also means that the Ryzen 7 5700G is a bit more expensive than its mid-range counterpart, and the price increase means that it just doesn’t offer the same value for the money, as the performance increase is not very likely to justify the price increase, especially if you’re looking for a budget-friendly solution—and if you’re in the market for an APU, you most likely are.

What Is An APU And Should You Get One?

So, we have already mentioned what an APU stands for: “accelerated processing unit,” a marketing term coined by AMD to denote a type of processor that features both CPU and GPU cores on a single die.

That said, APUs aren’t unique or exclusive to AMD, as Intel also offers similar “2-in1” solutions, in a way. Namely, the majority of their CPUs have come with integrated graphics for a long time now.

However, even when looking at the latest Intel UHD 750 integrated graphics that the latest high-end Intel CPUs come equipped with, they are hardly a match for AMD’s latest APUs in the graphics department. As such, we’d hardly recommend them over any APU if you truly care about graphics performance.

Now, we have already touched upon the greatest strengths of APUs: versatility and affordability. However, as the popular saying goes, a jack of all trades is a master of none, and this generally does apply to APUs.

To be more precise, their CPU performance is usually not on par with similarly priced CPUs, and their GPU performance can hardly match any but the cheapest entry-level graphics cards.

So, who should buy an APU?

Essentially, you should go for an APU if one of the following applies:

As mentioned above, versatility and cost-efficiency are an APU’s greatest strengths, and one of these can easily save you a couple of hundred dollars on a GPU (especially with how the supply has been lately) and not to mention that it’s a no-brainer if you don’t actually need the kind of graphics processing power that a dedicated GPU can offer.

Finally, it also goes without saying that an APU is also a good temporary solution if you’re just trying to get by until GPU prices stabilize or until you manage to save up more money for new parts.

Just keep in mind, though, the latest APUs all use the AM4 socket, and AMD will be moving on to the AM5 socket with the upcoming Ryzen 6000 models. Granted, the AM4 isn’t going to be obsolete quite yet, as AM4 CPUs will still be viable for gaming, but it’s worth keeping in mind if you want to get the “latest and greatest” a little further down the road.

And now, we get to some closing statements, and the part where we pick our winner(s). Normally, we would highlight the best budget, value, and premium picks from our selection, but since the APU selection is quite limited at the moment, all of the models listed here are “the best” in their respective categories.

If you’re on what one would consider the low-end of a PC building budget, then the AMD Athlon 3000G is the clear budget pick for you. With its double-digit price tag, it is ridiculously cheap and will get the job done for entry-level 720p gaming.

Meanwhile, the AMD Ryzen 5 5600G is the clear value pick, as it quite simply offers everything that an APU should, and at a very good price. It won’t burn a hole in your wallet, and it can handle 1080p gaming quite well.

Finally, if you have a bit more to spend and are willing to do so for the sake of better performance, then the AMD Ryzen 7 5700G is obviously the premium pick that packs some extra punch for a couple of extra bucks.

And so, that would be it when it comes to the best gaming APUs of 2022! Hopefully, this article has helped you find the right APU for your needs, and if you haven’t picked any for now, be sure to check back later once the RDNA2-equipped Ryzen 6000 APUs roll out, as they are certain to be a big step up from the current models!

On the other hand, if you have decided that an APU likely isn’t the best pick for your needs, do take a look at our CPU and GPU buying guides, as well as some of the PC builds we have put together, as you are bound to find something that fits your needs! 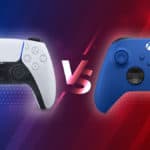