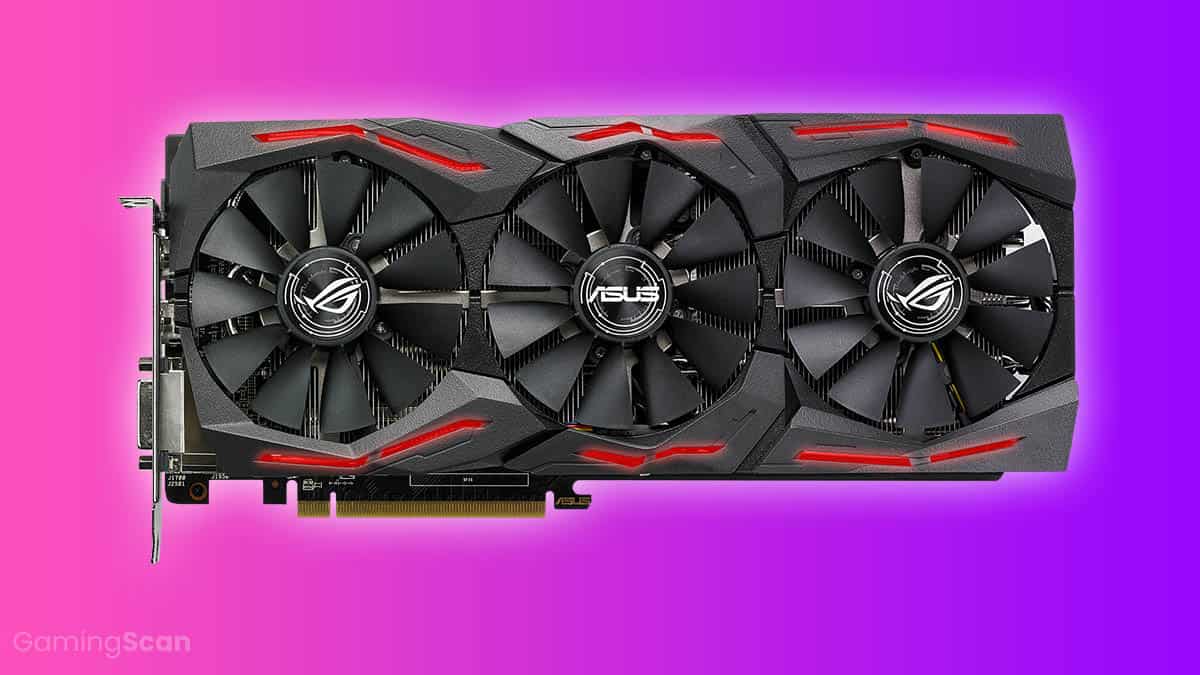 We’ve said it before, and we will repeat it – AMD’s Polaris-based RX 580 is simply one of the best mid-range GPUs that you can get.

So, in this article, we’ll be presenting you with a selection of some of the best RX 580 models currently available in 2023, offering a short overview of the pros and cons of each one. So, without further ado, let’s get right into it! 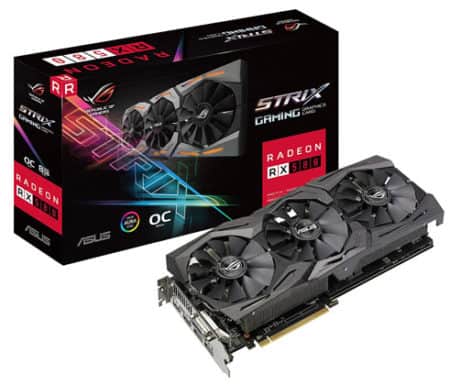 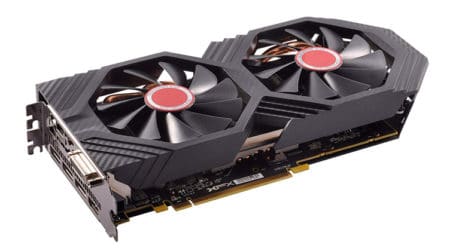 The first model on this list comes from XFX, an American hardware manufacturer that only manufactures AMD cards, though they also make power supplies and a range of other accessories.

While it may seem unimpressive and even cheap-looking at first glance, what we’re dealing with here is a graphics card with solid performance and overclocking capacity which is currently available at a rather approachable price, making it a great choice if you’re trying to fit an RX 580 into your budget.

So, while it offers good performance and even better value for your money, we’ve already pointed out that the design definitely isn’t anything special. The shroud and fan design, in particular, give off an impression of a cheap and maybe even outdated graphics card, though the metal backplate sure looks nice in comparison.

In any case, if you’re the kind of person who doesn’t care about aesthetics in your PC components, this XFX RX 580 would definitely be a good purchase right now. What’s more, an 8 GB version is available as well, so if you’re aiming for QHD gaming, then that one would be a better choice over the 4 GB model. 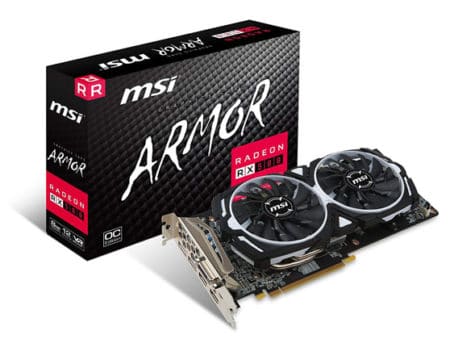 Next up, we have a graphics card from a more popular manufacturer, and it’s MSI. The particular model in question is the Armor RX 580, Armor being a lineup which consists mainly of budget graphics cards, which certainly reflects on the design.

When it comes to this particular model, MSI didn’t seem to place much stock in the card’s outward appearance – it features a simple black and white shroud and a somewhat diminutive heatsink, exposing much of the PCB underneath. Unlike the XFX card, this one doesn’t even have a backplate.

Naturally, the performance that the RX 580 Armor offers is nothing groundbreaking, and much like the previous XFX model, it capitalizes mainly on affordability. However, it’s not quite as affordable as the aforementioned card from XFX is at the moment.

As such, while it is a decent budget RX 580, we’d still give precedence to the XFX RX 580 if it’s available. 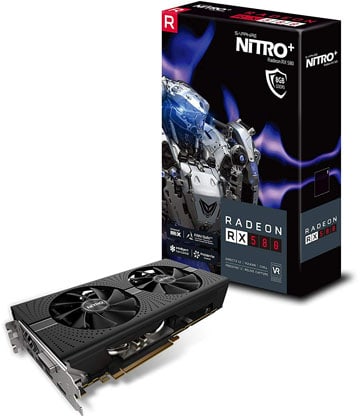 And now, we get to a higher-quality option that comes from Sapphire, another AMD partner known for their high-quality graphics cards. The model in question is the Nitro+ Radeon RX 580, a card that definitely doesn’t disappoint either in the performance or in the aesthetics department.

There’s no denying that the Nitro+ RX 580 just looks great – it has a quality plastic shroud with rounded edges that lend it a certain dash of elegance, there is a sleek black and silver backplate, and on top of all that, it even has RGB lighting i.e., the Sapphire logo on the side.

Furthermore, the performance that this card offers is considerable as well, as it can reach clock speeds a bit higher than the previous two models, thus offering a boost in performance in addition to looking much better.

Ultimately, the Nitro+ RX 580 isn’t significantly more expensive than either the XFX or the MSI variants described above, so we deem it to be the best value card on this list. And while there is no such thing as a perfect graphics card, we really don’t have anything to hold against the Nitro+ when comparing it to other RX 580 models. 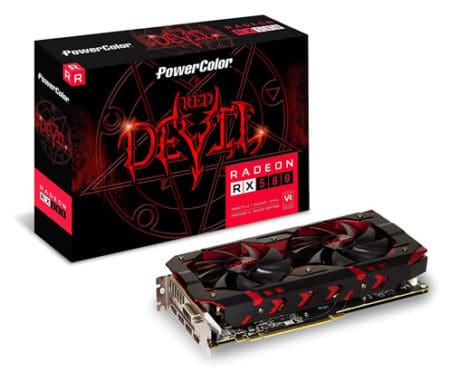 Here, we have yet another AMD-only graphics card manufacturer – PowerColor, which isn’t exactly the most popular brand. Their Red Devil RX 580 that we’ll be taking a look at now may seem like some Chinese knockoff at first glance, but it is actually not at all a bad card.

We said that the Red Devil might look like a Chinese knockoff. It’s easy to see why from that gaudy black and red design, the cheesy logo, and the pentagrams on the box and the backplate – but hey, it has a backplate, and it would actually look quite good if it weren’t for the details mentioned above which we feel is just too much.

But while this may not be everyone’s cup of tea, there are bound to be gamers out there who would appreciate this aesthetic.

When it comes to the performance, the card fares surprisingly well and can actually go toe to toe with the Nitro+, which is something to take note of. However, it costs a bit more (at least at the moment), so unless you’re really into this particular aesthetic, we’d still give precedence to the Nitro+.

And last but most certainly not least, we have an Asus RoG Strix Radeon RX 580. And in true Republic of Gamers fashion, it features some quality cooling, a premium design, and even comes with AuraSync RGB lighting.

As already mentioned, this is a premium-quality graphics card. It features a massive heatsink and triple-fan cooling that allow it to hit some impressive clock speeds, all the while it doesn’t disappoint in the aesthetics department either, seeing as it features AuraSync RGB lighting that can be synced with other Asus products, as well as a sleek metal backplate.

Of course, this also hints at the biggest drawback of the Strix RX 580, which is the price. It is a bit more expensive than other models listed, though if you’re looking for an RX 580 that you can squeeze for every ounce of performance, then you’ll probably find it to be worth the money.

At the end of the day, when all is said and done, what should you base your choice of graphics card on?

Well, usually, factors like the type of the cooling solution implemented by the OEM would play a big role when selecting a graphics card, but since the current selection consists only of dual-fan and one triple-fan open-air coolers, it isn’t a big factor this time around.

Ultimately, it comes down to the pricing and some personal preferences in regards to performance and aesthetics.

Namely, when choosing between two versions of the same GPU, the main question that you’ll want to ask yourself is whether you’re willing to pay a little bit extra for a little bit of extra performance. If the answer is yes, you’ll want to aim for a card with better cooling that fares better when it comes to overclocking, and if the answer is no, you’ll probably want to go with a more affordable solution instead.

When it comes to the design, it should obviously fit in with the rest of your components, though this isn’t a big deal if you don’t use a translucent case or plan on building an open rig. In any case, more and more cards these days aim for a more neutral black/gray exterior and leave the colors to RGB lighting.

The one additional thing of note in the case of the RX 580 is that it comes both in 4 GB and 8 GB versions, and when it comes to choosing between these two, we’d say that 8 GB is the safer bet, especially if you’re aiming to pair it up with a QHD monitor.

But even if you’re satisfied with the regular old FHD, we’d still recommend an 8GB variant if you can afford it, as you’d be getting a more future-proof card.

And finally, if we had to choose our favorites, we would pick the following cards:

However, our overall favorite is the Sapphire Nitro+ RX 580, and for a number of good reasons: it looks great, offers great performance, comes at an approachable price, and it comes from a reputable and reliable manufacturer.

As for those who are more performance-minded and willing to invest a little bit extra, then the Asus RoG Strix RX 580 is definitely the best choice, as it has excellent triple-fan cooling that allows it to hit higher clock speeds. It even has better RGB lighting as an added bonus. 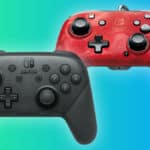