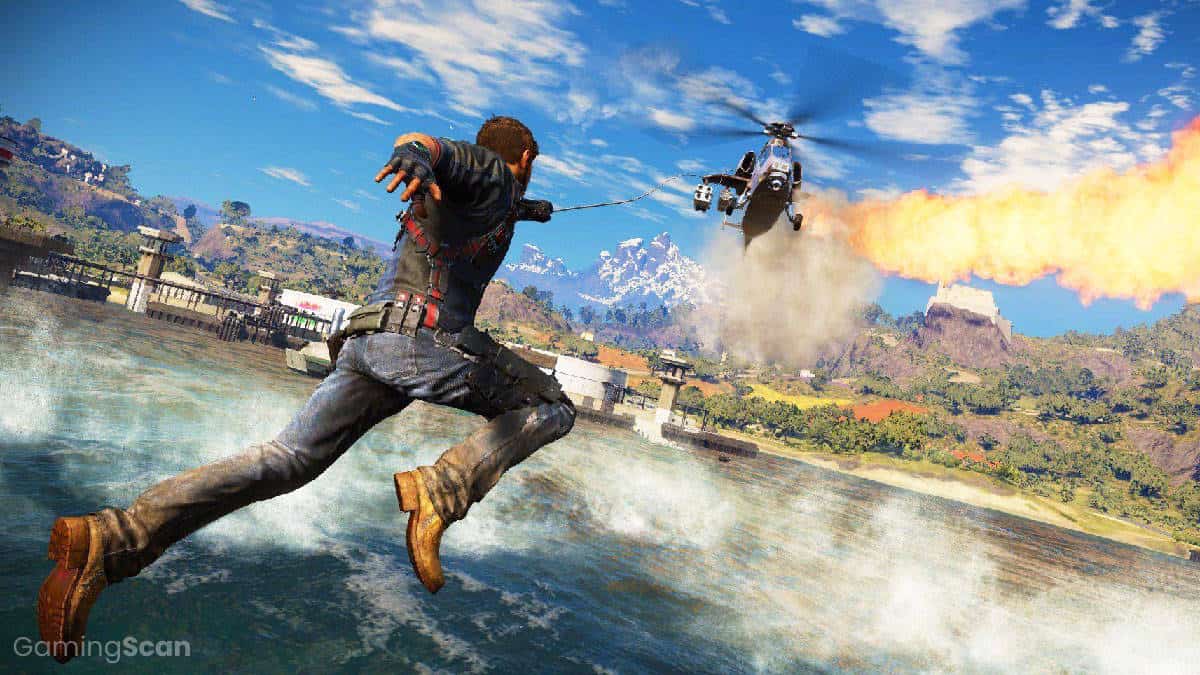 Few gadgets are as iconic to video games as the grappling hook, a movement-based device typically depicted as a gun that allows the user to latch onto and loom towards different surfaces.

While the tool has appeared in countless video games over the years, only a handful of games manage to perfect the feeling and momentum associated with using a grappling hook.

We’ll be updating this list in the future with new titles, so make sure to check back and let us know if we missed any of your favorite grappling hook games!

Set in late 16th century Japan, it sees you taking on the role of a disgraced shinobi with a prosthetic arm that can transform into a lethal spear, ax, umbrella, and most importantly, grappling hook.

The inclusion of such a powerful traversal device fits in perfectly with Sekiro’s fast-paced gameplay and proves useful both in and out of combat.

Whether you need to get from A to B, get the tactical drop on an enemy, or make a quick escape, Wolf’s prosthetic grappling hook is as versatile as it is flashy.

As if there weren’t enough weapons and gadgets in Monster Hunter World to begin with, the standalone Iceborne expansion introduces a clever new grappling tool to help players during hunts.

When aimed at a target, the Clutch Claw will latch onto a monster and grapple your hunter towards it, allowing you to inflict damage to specific parts of its body.

During this phase, your hunter can use the Claw to hop from the front or rear of the monster as well as force it to change directions.

It’s a wonderful addition to the beloved creature slayer’s equipment suite that can be useful for setting up weak points or even toppling over monsters for huge damage.

The Batman: Arkham games do a great job of presenting the caped crusader’s toolkit in all its crime-fighting glory, including gadgets like the grapple gun.

After all, when you patrol a city as crime-ridden as Gotham, you need a quick means of transportation that can get you to Joker’s hideout and back in a pinch.

Much like Sekiro’s hook, Batman’s grapple has other uses aside from traversal such as stringing up bad guys from gargoyle statues.

Later on, you can even upgrade the grapple gun’s retraction speed to have Batman zip from rooftop to rooftop in record time.

Spider-Man is another hero with access to a grappling hook, even if his web-shooters are never explicitly called so.

In real life, web would never have the tensile strength to hold criminals against the side of a building or support the weight of an adult man as he swings around New York City.

While many retro Spider-Man games kind of miffed the execution of web-swinging from a gameplay perspective, we have more than enough good examples in more modern releases.

Spider-Man 2 is often cited as a milestone for Spidey’s web-swinging mechanics, with Ultimate Spider-Man and the more recent Insomniac games deserving a mention as well.

If you’re willing to accept our loose interpretation of what qualifies as a grappling hook for Spider-Man, then the Just Cause games’ high-flying antics shouldn’t be a problem.

See, whereas most video game characters use this tool to get from one location to another very quickly, Rico Rodriguez takes things to the next level by attaching his grapple to anything he so pleases.

This includes vehicles, aircraft, bad guys, missiles; name any two objects and there’s a pretty good chance Rico has a full-proof method for tethering them together.

Things have only gotten wilder as the series has progressed, to the point where it feels weirder to use the grappling hook solely for traversal than causing chaos.

There’s been no shortage of praise for Titanfall 2’s grappling hook, which builds off of the game’s already satisfying and fluid movement system to give players unbridled freedom.

In addition to running across walls, players could zip across sections of the map in multiplayer by selecting the right loadout.

The grappling hook allowed pilots to explore new tactics by harnessing different angles and using momentum to get where they needed to go.

This had the unintended effect of raising the skill ceiling for Titanfall 2 players who wanted to show off their mastery of the game’s parkour-inspired movement.

The evolution of Titanfall 2’s grappling hook would manifest in the Apex Legends hero Pathfinder, a charismatic robot with a suite of abilities that includes grappling.

While Pathfinder’s hook may not as flashy as its predecessor with reduced range and speed, in the context of a battle royale it’s still an extremely useful tool.

For one, it allows players to get the drop on enemies by ambushing them from above as well as act as a sort of emergency escape button in the event they have to run from a firefight.

To this day, we haven’t seen a robot, or any Apex hero for that matter, wield a grappling hook with so much confidence and grace.

With that said, Pathfinder isn’t the only character in a popular multiplayer first-person shooter to be bestowed a grappling hook.

That space is also shared by Wrecking Ball, aka Hammond, a hyper-intelligent hamster inside of a deadly mech outfitted with a grappling hook.

Even though Wrecking Ball belongs to Overwatch’s traditionally slow-moving tank class, he’s able to get around with ease by transforming his mech into a ball and flinging himself across the map.

Add in the fact that he has a massive health pool and shield and you have one of the best heroes for causing a distraction by knocking enemies around.

Just about every Assassin’s Creed game has that one shiny new gadget or weapon that defines its gameplay.

For example, the original has the hidden blade; Assassin’s Creed II has a gun, AC III a tomahawk, and Black Flag, an entire ship.

In the case of Assassin’s Creed Syndicate, players can obtain a grappling hook that makes traversing Victorian London feel like a cakewalk.

The only downside is the game makes you wait a while before it can be unlocked and forces you to have completed certain activities.

Similar to Assassin’s Creed Syndicate, Dying Light requires players to get about twelve hours into the story before they unlock the grappling hook.

Although its design isn’t anything too special and mainly functions as an easy escape tool for getting from A to B, it does come in handy when facing swarms of zombies at night.

Combine this with the fact the game’s movement system took its cues from free-running techniques and it makes a lot more sense to include a grappling hook from a gameplay perspective.

We’re just happy to see Techland refine the tool for Dying Light 2 and expand its applications to allow for more high-flying stunts in another zombie-infested city.

A Story About My Uncle

Of course, you can find just as many grappling hooks in indie games as AAA ones, including Gone North and Coffee Stain’s first-person platforming adventure A Story About My Uncle.

In it, players take on the role of a boy searching for his lost uncle in a magical world filled with fantastical creatures and beautiful scenery.

To get around, they must rely on one of their uncle’s mysterious inventions: a grappling hook that provides a strong sense of speed and freedom as players swing through surreal environments.

Even if the mechanic starts to wear out its welcome by the end of the game, A Story About My Uncle gets props for putting a grappling hook at the center of its gameplay.

The game casts players as a virtual hero on a mission to escape a hostile digital world before it’s too late.

This means combining parkour skills with a grappling hook that allows you to scale and ride walls all while fighting enemies and wielding a laser gun.

It’s all wonderfully designed and benefits from an abundance of vibrant retro-wave environments with alternate routes and movement options.

Even though basketball and grappling don’t have much in common aside from getting you to sweat, Andreas Georgiou’s first-person action game Grapple Hoops would beg to differ.

In it, players are given the task of dunking on opponents throughout a series of fast-paced levels that combine stylish basketball stunts with grappling hooks, parkour, and plenty of explosions.

Like many of the games covered in this list, Grapple Hoops keeps things simple from a controls perspective, allowing players to pull off complex moves with ease.

One second you’re swinging around a building, the next you’re kicking down doors and windows, running along walls, and sliding under objects before setting yourself up for a slam dunk.

Who could forget about the indie sensation SpeedRunners and all of its grappling hook glory?

Reaching peak popularity during the mid-2010s, this cut-throat multiplayer running game sees up to four players competing to be the last racer standing.

Staying ahead of the pack requires quick reflexes and memorizing each track’s distinct layout, including which surfaces your character could grapple to gain a speed boost.

The game also features a golden grappling hook power-up that can latch onto opponents and stop them from moving while propelling your racer forward. 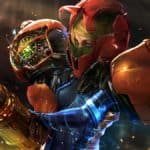