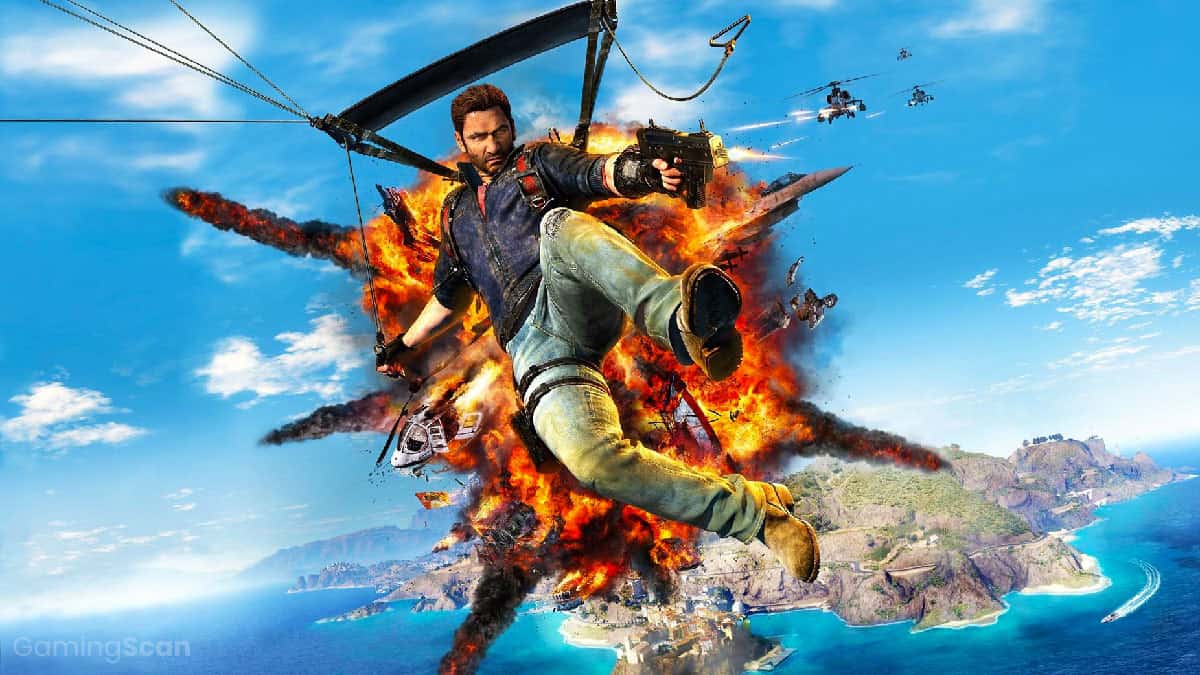 With a history spanning almost two decades, Just Cause continues to be one of the best open-world game franchises to come out of Avalanche Studios.

Best known for its over-the-top action and unique gadgets, the series follows secret agent Rico Rodriguez as he carries out missions to overthrow tyrannical leaders.

In this list, we’ll examine the series in detail by organizing the Just Cause games in order of release, which is also the recommended way to play through the series.

We encourage you to check back in the future for more information regarding Just Cause Mobile, the next upcoming entry in the series and by far, the most controversial.

So, without much further ado, let’s see how Just Cause has evolved over the years! 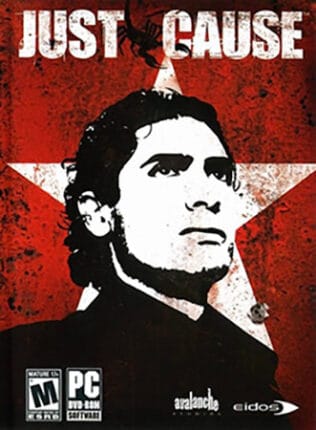 The series starts off strong with the release of Just Cause in the mid-2000s, an original action-adventure IP developed by Avalanche Studio and published by Eidos Interactive.

As would become the main selling point of the series, Just Cause touted a massive open-world sandbox encompassing 1,024 km2 (395 sq. mi) of explorable terrain.

Following its release, the game was met with generally favorable reviews, particularly the PC port, with the biggest criticisms being its lack of depth and technical issues. 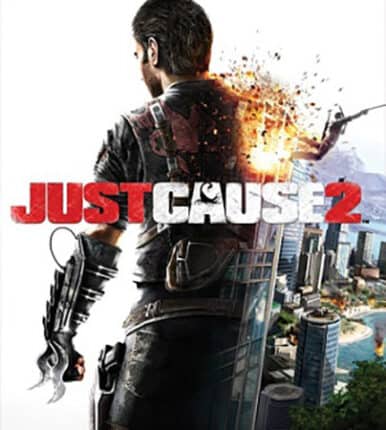 Nearly four years would pass before Avalanche Studios returned with a sequel, this time published by Square Enix Europe following the company’s acquisition of Eidos Interactive.

Powered by the Avalanche 2.0 Engine, Just Cause 2 sought to refine the original’s gameplay with improved mission design, AI, combat, and traversal, including the addition of a grappling hook.

Avalanche’s efforts to elevate the series were well-received, with many critics praising Just Cause 2 for its graphics, gameplay, and open world spanning 1,000 km2 (390 sq. mi). 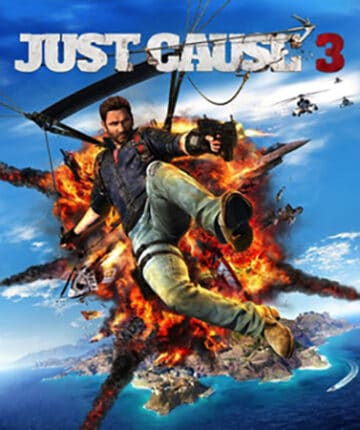 Roughly five years later, Just Cause 3 would release for PC and consoles, with Avalanche Studios and Square Enix Europe back at the helm.

Set six years after Just Cause 2, the game follows Rico Rodriguez as he returns to his homeland of Medici to confront the tyrannical dictator, General Sebastiano Di Ravello.

Rico’s signature grappling hook and parachute both return alongside a new wingsuit that allows the player to glide across the game’s massive 1,000 km2 (400 sq. mi) open world.

Upon launch, Just Cause 3 received mixed reviews celebrating its open-ended gameplay and destruction but taking issue with the game’s narrative and technical performance. 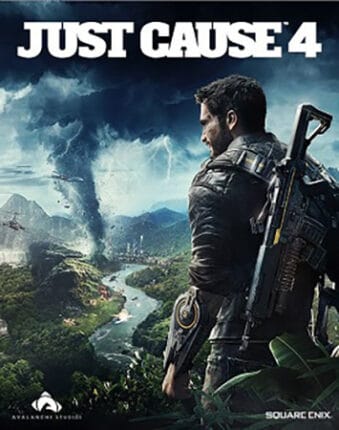 The fourth and most recent numbered entry in the series, Just Cause 4 was built using Avalanche Studio’s new and improved Apex game engine.

This technology allows for more complex and varied weather systems such as blizzards, sandstorms, and tornadoes, all of which prominently appear throughout the game’s different biomes.

The story follows Rico Rodriguez on yet another mission to save a nation from a corrupt government, this time the South American country Solís from the private military group known as The Black Hand.

While Just Cause 4’s gameplay and 1024 km2 (395 sq. mi) open world are on par with previous games, concerns regarding its graphics and story resulted in it failing to meet Square Enix’s sales expectations. 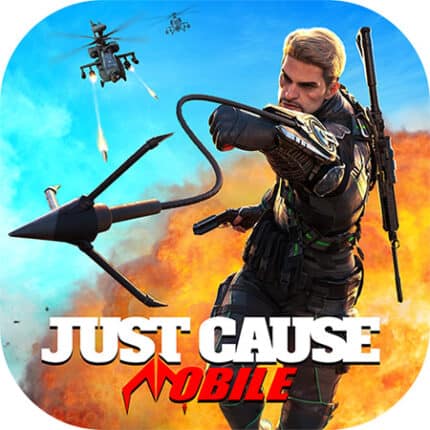 Originally announced for a 2021 release, Just Cause Mobile has been delayed twice by Square Enix and is now expected to launch sometime in the future at a currently unknown date.

Billed as a free-to-play action shooter set in the Just Cause universe, Just Cause Mobile will be the first game in the series to not focus on Rico Rodriguez.

Instead, players will design their own character and take on missions alone or with up to 4 players; the game will also include various PvP modes that support up to 30 players.

Most surprising is the fact that Just Cause Mobile plans on shifting the franchise’s traditionally third-person POV to that of a top-down isometric perspective.

Valorant vs. CS: GO – What Is The Difference?
Related Topics Tags