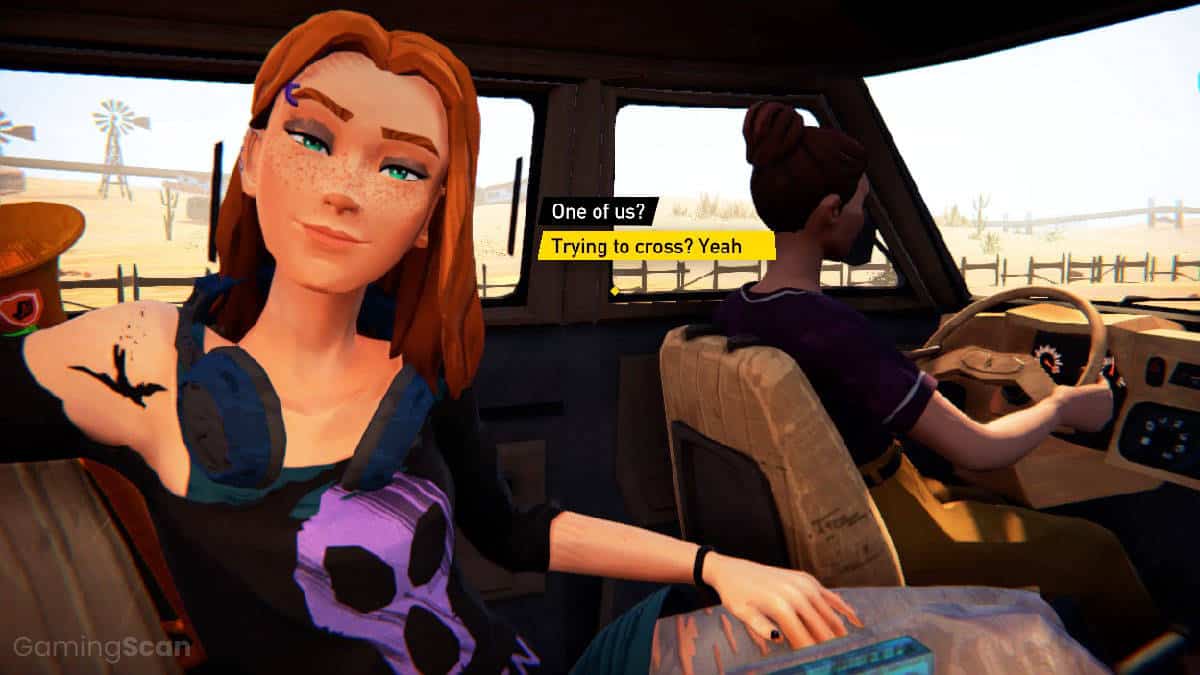 It’s tough to find a good story-driven game where your choices actually matter and have an effect on the characters, environments, and events you encounter.

The games that really excel in this particular category do so by taking into account how you’ve chosen to play the game and having the world and dialogue change based on your actions.

In this list, we’ll highlight the best games where your choices matter, including the best adventure games, open-world games, and RPGs with branching storylines and quests.

We’ll be updating this list in the future with new titles, so make sure to check back and let us know if we missed any of your favorite story-driven games!

Road 96 is an indie adventure game that takes place during the summer of 1996 in the dystopian nation of Petria, where authoritarian rule and oppression are the new norms.

You play as a young and inexperienced hitchhiker embarking on a personal journey to freedom that must rely on the kindness of strangers to get to their final destination.

The game uses procedural generation to create narrative scenarios in which locations, characters, and events change with each playthrough.

There are a thousand different routes to follow and countless decisions to make as you try to determine who can be trusted and carve out your path in this unpredictable world.

The Life is Strange games are chockful of meaningful choices that affect both the story and your relationships with various characters.

Here we’re recommending the most recent installment, True Colors, which focuses on Alex Chen, a young woman with a supernatural ability that lets her experience the emotions of others firsthand.

Armed with this power, Alex sets out to investigate her brother’s death and the mysterious circumstances that surround it while meeting new characters along the way.

Like previous installments, the player is presented with several narrative threads to explore, many of which require you to make choices that impact the story and Alex’s relationships.

The Life and Suffering of Sir Brante

The Life and Suffering of Sir Brante is a modern take on classic choose-your-own-adventure games with text-heavy interactions complemented by stunningly detailed scene art.

In it, you play as a common man looking to make a name for himself in the Great Arknian Empire despite harsh obstacles such as a rigid class structure and prejudiced traditions.

Each playthrough sees you embarking on a life-long journey to claim your rightful place in the Brante family legacy, making a series of meaningful decisions that will shape your story.

From birth to death, Sir Brante’s path is filled with constant obstacles, upheavals, and adversity that require careful thought to successfully navigate and overcome.

Another modern story-driven RPG that presents the player with meaningful choices is Disco Elysium, which centers on a detective assigned to investigate the murder of a man found hanging from a tree.

Hunting down clues and potential leads involves a lot of dialogue, giving you ample time to poke and prod around characters’ personal beliefs and biases while dealing with your insecurities.

As a result, you can approach the game from several different angles that allow you to gain further insight into certain events or become completely blocked off.

Although the Assassin’s Creed series isn’t exactly known for placing a heavy emphasis on player-choice, at least throughout the story, Valhalla shakes things up a bit in this regard.

You can end up with one of several possible endings based on who Eivor chooses to align with or make an enemy out of.

Characters will also comment on certain actions you take and judge you for them, causing you to reflect on whether or not you made the right call.

While many of these interactions act as background dressing, Eivor’s journey is filled with enough twists and turns to warrant including it on this list.

While not without its flaws, Cyberpunk 2077 nails the concept of a player-driven RPG where the world evolves based on your actions.

This can affect the main quest as well as some side quests that can play out very differently depending on what you say or do.

It may be something as insignificant as an extra line of dialogue from a character whose life you chose to spare to a cool new weapon or even accessing a location that’s typically locked off.

However, the most meaningful choices come down to 2077’s multiple endings and whether V and Johnny Silverhand can work past their differences.

Each entry in the Hitman trilogy is full of opportunities to make decisions as a player, with the most obvious one being your method for eliminating your targets.

However, Hitman 3 broadens the possibilities from a narrative perspective when it comes to the game’s ending, or rather endings seeing as you have three options including one ‘secret’ ending.

This boils down to whether or not you decide to kill a particular character or set them free, resulting in a different outcome for Agent 47.

While there are countless other games with significantly more paths to pick from, Hitman 3 does a great job with its limited possibilities by applying more meaning to each one.

Any one of Quantic Dream’s narrative-driven experiences would apply to this list, though to keep things somewhat relevant, we’ve chosen to highlight their most recent game, Detroit: Become Human.

Similar to its predecessors Heavy Rain and Beyond: Two Souls, Become Human tells a multilayered story that emphasizes player-choice at every turn.

In it, you’re tasked with determining the fate of three android protagonists that become sentient following separate tragic events that bring them together.

Depending on your choices, each character’s story can branch out in several ways, including death; if one of the androids does end up dying, the plot moves forward without their involvement.

Arkane’s sorely underrated immersive sim about a space station overrun with hostile aliens is ripe with narrative branches that encourage you to replay the story multiple times.

In Prey, you take on the role of a science researcher tasked with traversing Talos I in search of a means to escape, bring down the alien threat, and save other survivors before it’s too late.

Along the way, you’ll obtain new weapons, tools, and abilities that can help tip the scales in your favor and provide you with alternative paths for exploring the station.

Some of the story decisions are time-sensitive, requiring you to act fast if you want to save a character’s life or let the chips fall where they may and deal with the consequences.

While The Witcher 3 may not be as open-ended with its player-choice as many of the games covered on this list, it does offer three distinct outcomes tied to the main ending.

You have your typical ‘good’ or happy ending, one relatively sad ending, and a bittersweet conclusion that falls somewhere in the middle.

The game determines which one you’ll end up with based on certain decisions you make throughout the story, including some that won’t be clear until the very end.

The Telltale games are often criticized, justifiably may we add, for not always delivering on the ‘branching storyline’ design that’s core to each game’s marketing.

So while your mileage may vary from game to game, The Wolf Among Us is one of the better installments to place a heavy emphasis on player agency, at least from a narrative perspective.

You play as a fairytale-inspired big bad wolf turned detective who sets out to investigate a murder only to find himself pulled into a spiraling hole of conspiracies and moral quandaries plaguing the city.

Many in-game events have a limited window before a choice is made for you, leading to impulsive decisions that can have grave implications for both the main and subplots.

Whereas more recent Fallout games have you going down a fairly linear path with a few branching side quests, Fallout: New Vegas is almost an entirely different beast.

In it, you take on the role of a mysterious stranger looking for clues to solve their own attempted murder while exploring the sprawling Mojave Wasteland.

Related:Best Video Game Spin-offs That Are Better Than The Original 2023

New Vegas’ world is ripe with backstabbing and betrayals, allowing you to befriend certain characters, stir up trouble between different factions, or indiscriminately kill any NPC you encounter.

Just about every decision comes with heavy consequences that operate beyond the traditional good or bad morality scale and fall into grey areas that will make you question your actions.

For a less serious and more comedic take on choice-driven gameplay, we recommend The Henry Stickmin Collection, a series of choose-your-own adventures from one of the co-creators of Among Us.

The collection consists of six unique stories chronicling the misadventures of a petty criminal in dangerous scenarios that see him breaking into prisons, infiltrating airships, and battling giant robots.

The gags are hilarious, and the game does a great job of subverting your expectations of what could or should happen when you choose a certain path, resulting in laugh-out-loud moments throughout. 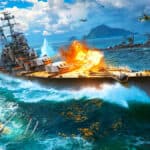