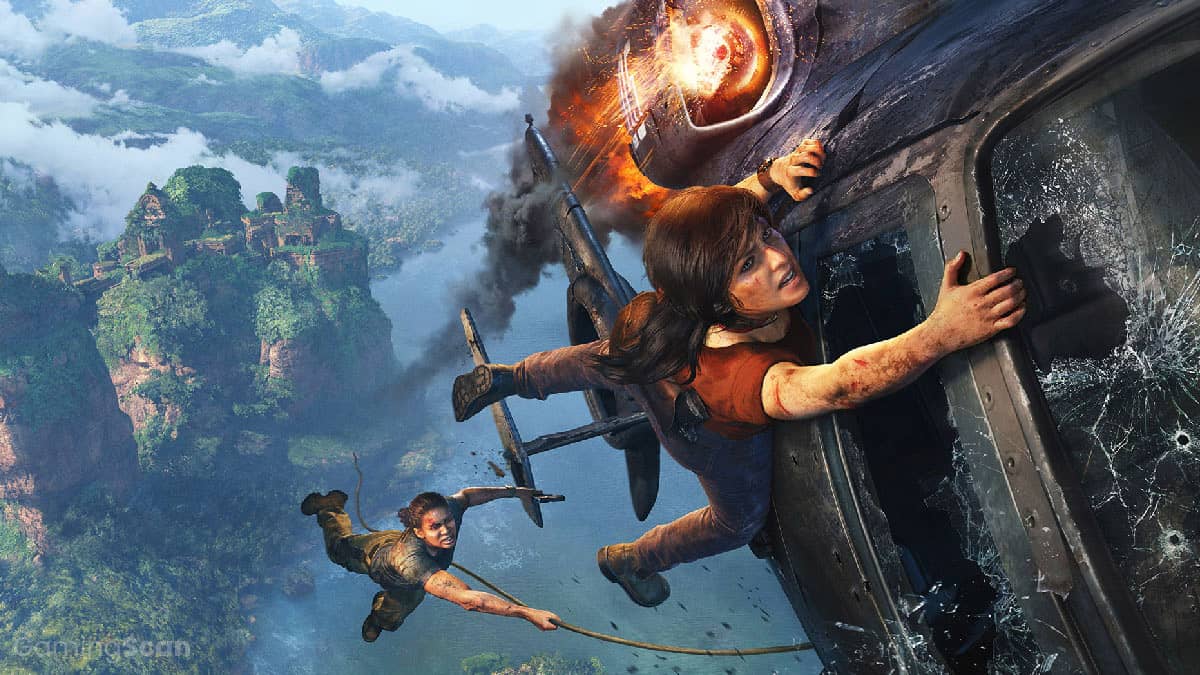 Like any form of entertainment, video games tend to rely on certain tropes to establish their setting, story, and characters, which often include casting a male as the lead role.

However, the past decade has seen a shift in this area as more and more games are putting women at the center of the action and narrative.

This includes the best games with a female protagonist as the main character as well as strong female characters in games.

So, without much further ado, let’s get started! 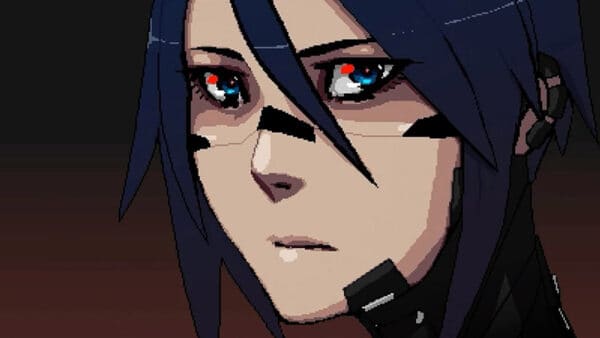 Released in 2022, SIGNALIS is a survival horror game set in a dystopian future where space travel and technology have advanced to allow androids called “Replikas,” to join the workforce.

Taking control of a female Replika unit known as Elster, players travel to a mysterious ice world in the company of her human handler named Ariane.

After their shuttle crash lands, Elster awakes to find Ariane is missing and sets out to investigate the area while being pursued by rogue androids. 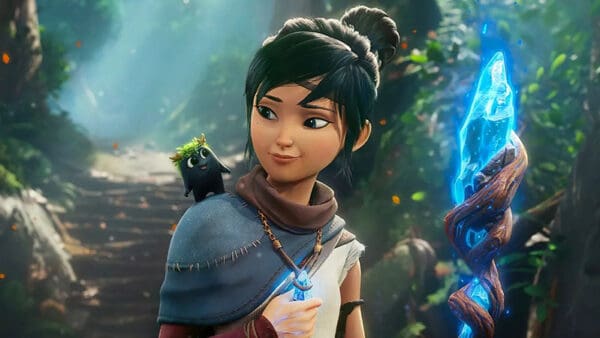 Created by Ember Lab, a new indie studio with a background in animation, Kena: Bridge of Spirits is an action-adventure game with Pixar-level visual fidelity.

The story centers on a young spirit guide named Kena and her journey to hone her magical powers while helping the dead move on to the afterlife.

Kena wields a magical staff along with a bow and various spells that work in tandem with adorable little spirit companions called “the Rot,” to battle enemies. 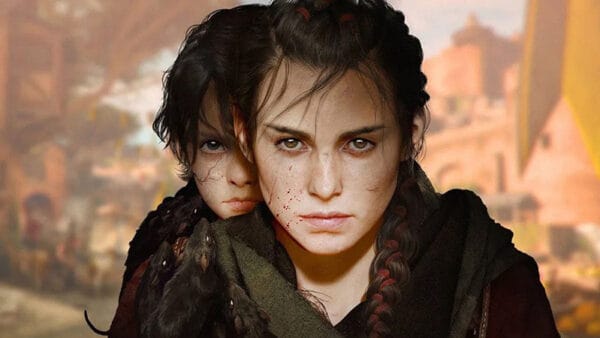 In it, players assume control of Amicia de Rune, a teenage girl tasked with protecting her brother Hugo after their parents are slaughtered at the start of A Plague Tale: Innocence.

By the events of A Plague Tale: Requiem, Amicia is a more experienced adventurer who’s capable of holding her own in battle but is prone to making arrogant and impulsive decisions. 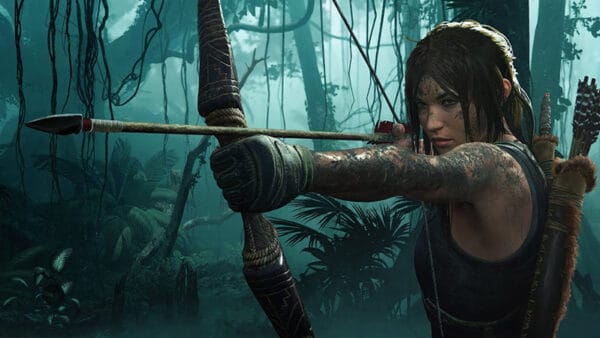 Countless incarnations of Lara Croft have appeared in video games throughout the years, with the most recent being the rebooted Survivor trilogy.

Starting with 2013’s Tomb Raider developed by Crystal Dynamics through to Shadow of the Tomb Raider in 2018, players got to witness the character’s captivating transformation.

At the start, Lara is a passionate and sympathetic heroine who resorts to violence only when necessary; however, as time goes on, she becomes more aggressive and merciless toward enemies. 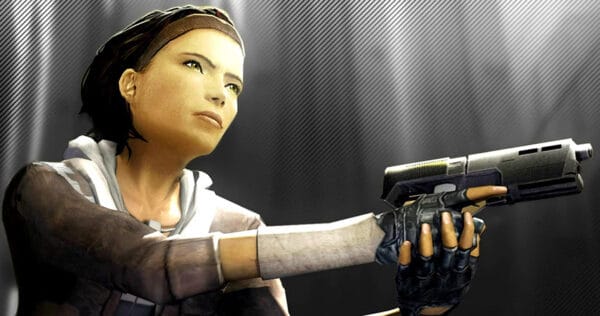 It’s a shame that Half-Life: Alyx is exclusive to VR as many players are likely missing out on one of the best sci-fi games of all time as well as key events between Half-Life and Half-Life 2.

In this game, players control Alyx Vance, a prominent figure in the human resistance that’s appeared in previous games as a supporting character to Gordon Freeman.

Tasked with saving humanity from the vicious alien race known as the Combine, Alyx teams up with her father and resistance leader Dr. Eli Vance to seize a superweapon belonging to the enemy. 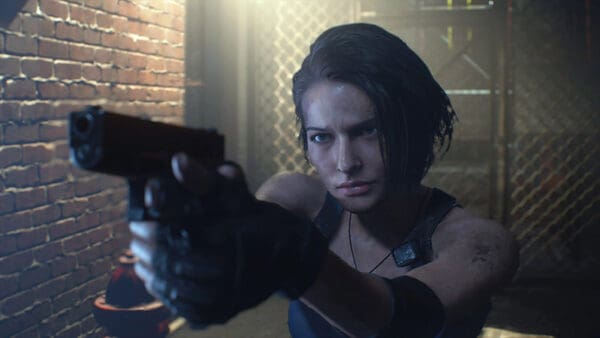 While there are several Resident Evil games that either star or give you the option to play as a female character, for this list, we’ll be focusing on Resident Evil 3, specifically the 2020 remake.

This is due to Jill Valentine playing a pivotal role in saving Raccoon City from the T-virus as well as taking down the Umbrella Corporation and the monster known as Nemesis.

Throughout her harrowing adventure, Jill manages to stand firm in the face of danger while using her resourceful nature to stay one step ahead of her pursuer. 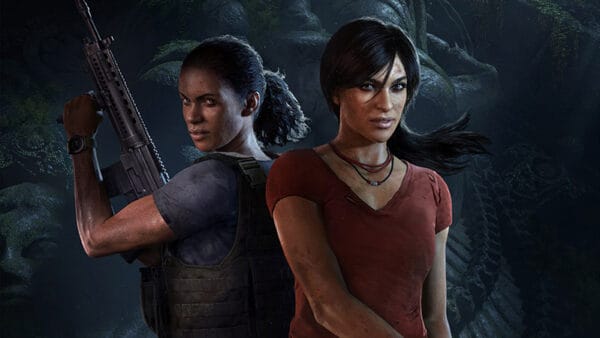 Serving as a huge departure from the Uncharted series, The Lost Legacy is the first game in the franchise to not star Nathan Drake as its main character.

Instead, players assume control of Chloe Frazer, another treasure hunter who appears throughout the series and shares both a romantic history and self-serving nature with Drake.

Over the course of the story, we get to see Chloe grow as a character while teaming up with ex-mercenary Nadine Ross to find the Tusk of Ganesh in India. 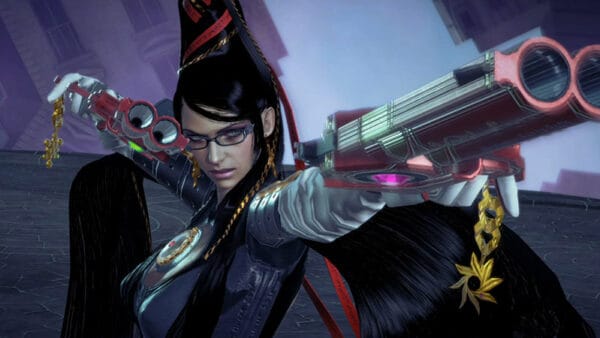 The brainchild of Hideki Kamiya and PlatinumGames, Bayonetta is a stylish action game series with a charismatic female protagonist leading the charge.

Playing as the titular character, players wield various weapons and magical powers granted to Bayonetta by her Umbra Witch lineage.

This comes in handy while hunting demons, angels, man-made bioweapons, and supernatural entities looking to destroy the world. 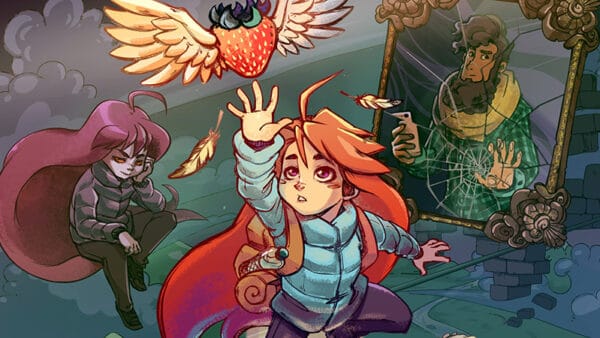 Next on our list is Celeste, a critically-acclaimed 2D platformer that casts you as a young woman named Madeline who attempts to climb a treacherous mountain.

Before she can reach the summit, Madeline will first have to overcome her inner demons while traversing hazardous environments.

Much of the gameplay revolves around precise jumps and dashes, though the challenge is more than worth it to see how Celeste wraps up its emotionally-impactful story. 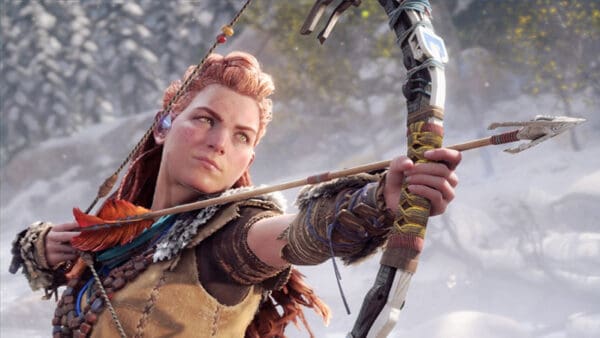 Developed by Guerrilla Games, Horizon Zero Dawn and its sequel Horizon Forbidden West are both great action RPGs with a female-led cast.

In it, you play as a young hunter named Aloy as she sets out to uncover her mysterious past in a post-apocalyptic world overrun by machines.

Armed with a bow, spear, and stealth tactics, Aloy manages to bring down even the toughest foes while carving out her own path separate from the four tribes that govern the lands. 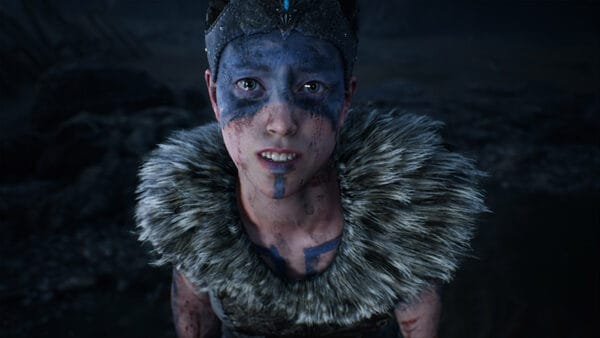 Regarded as one of the best narrative-driven games to feature a realistic depiction of life with mental illness, Hellblade: Senua’s Sacrifice is not to be missed.

The story takes place in a world inspired by Norse mythology and casts you as the titular Senua, a Viking warrior suffering from psychosis and loss over her slain lover.

In an effort to bring him back, she makes her way to the underworld, where she’ll have to contest with otherworldly foes and her own inner demons. 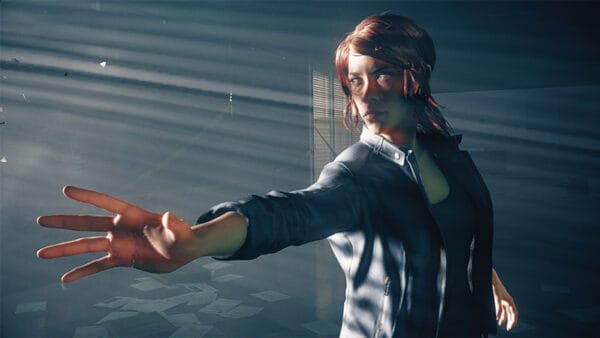 Remedy Games’ hit third-person shooter Control is also worth picking up if you enjoy games with female leads and action-packed gameplay.

Set in a secret government facility designed to house paranormal objects, it sees you stepping into the role of Jesse Faden, a woman with telepathic abilities who’s searching for her brother Dylan.

After the facility is overtaken by a powerful entity known as “the Hiss,” Faden is appointed the new Director and sets out to reclaim the structure using her powers and a shape-shifting gun. 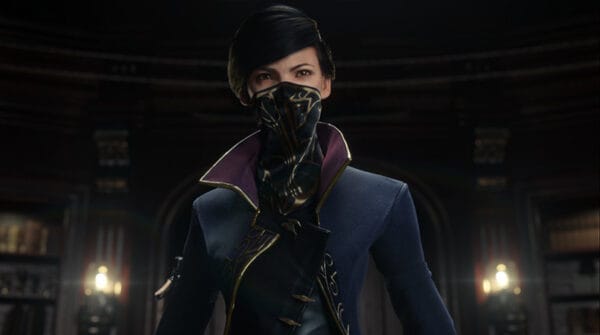 Setting itself apart from the original Dishonored, Dishonored 2 gives players the option to either reprise their role as Corvo or play as a new protagonist, his daughter Emily Kaldwin.

While the story plays out similarly regardless of whom you pick, there are some subtle hints suggesting Emily’s playthrough is the true narrative path.

Additionally, her powers differ greatly from that of Corvo and, as an Empress, her decisions have a much more direct impact on the world and people around her. 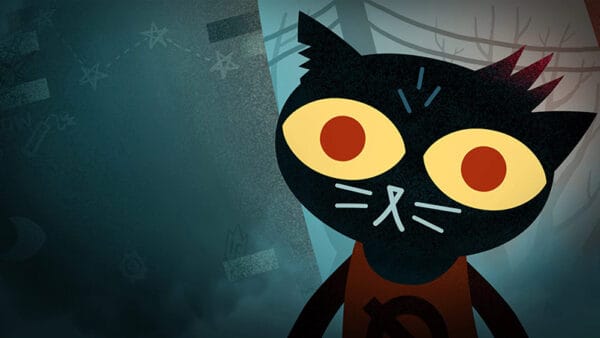 Night in the Woods is a critically-acclaimed indie game that invites players along for an introspective journey into the mind of a young feline woman named Mae Borowski.

Struggling with college and finding her identity, Mae decides to forgo university life and return to Possum Springs, her hometown that’s dealing with its own set of challenges.

While there, she reconnects with old friends while learning to confront her insecurities across a series of hand-crafted scenarios with branching dialogue and mini-games. 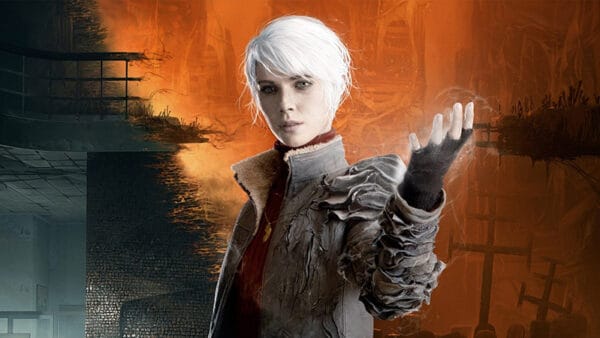 Our next suggestion for female protagonist games is The Medium, a psychological horror game that comes courtesy of Bloober Team.

In it, players follow a psychic named Marianne as she’s summoned to an abandoned hotel where she’ll use her powers to help free spirits trapped within its grounds.

This is done by traveling between living and dead realms to commune with spirits and manipulate objects, resulting in cleverly designed puzzles and exploration-driven gameplay. 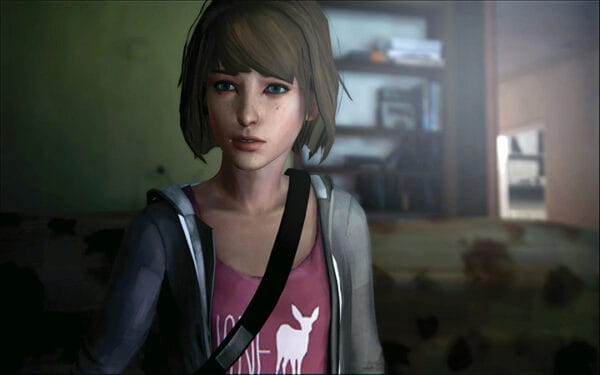 Life Is Strange is another adventure game series that prominently features female protagonists with one exception, The Awesome Adventures of Captain Spirit.

The remaining games cast you as different female leads with supernatural abilities that add a unique layer to their already turbulent lives.

We recommend starting with the first game in the series as well as checking out our Life Is Strange timeline to see how each game ties into the overarching narrative. 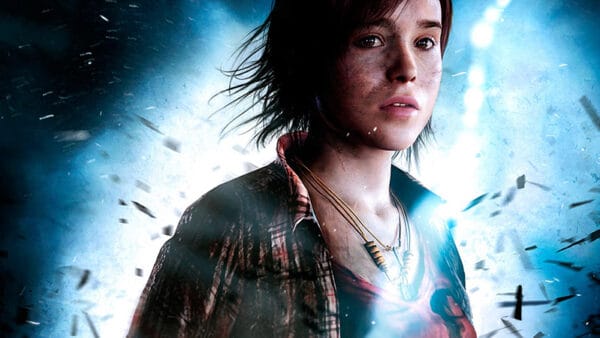 Developer Quantic Dreams has never shied away from exploring female character arcs in each of its games, including 2013’s Beyond: Two Souls.

Billed as an interactive drama, the story centers on a young woman named Jodie Holmes as she’s guided by a mysterious force to explore her past and use her psychic powers to shape the future.

The game’s motion-captured animations are top-notch and feature standout performances by Elliot Page and Willem Dafoe. 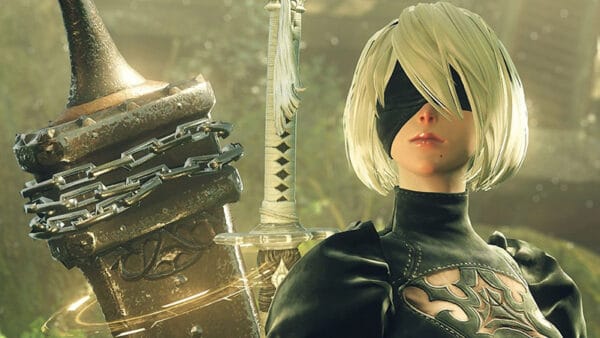 Touting one of the most praiseworthy video game plots, NieR: Automata explores themes of humanity, survival, and never-ending war.

You play as multiple protagonists throughout the game but the one that resonates with most fans is 2B, a female android forced to fight in a war against her own kind.

Fully grasping the game’s story requires multiple playthroughs from different characters’ perspectives, which will give you just enough practice to master its satisfying hack-and-slash combat. 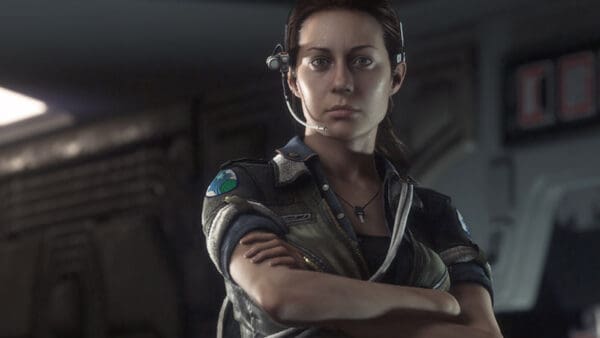 Taking its cues from the original film, Alien: Isolation is a slow-burning survival horror game that perfectly captures the franchise’s unsettling atmosphere and sci-fi aesthetic.

This is all experienced firsthand from the perspective of Amanda Ripley, an engineer and the daughter of the original film series’ protagonist Ellen Ripley.

Imbued with the same resourceful and determined qualities as her mother, Amanda sets off on a dangerous mission to escape Sevastopol station before it’s too late. 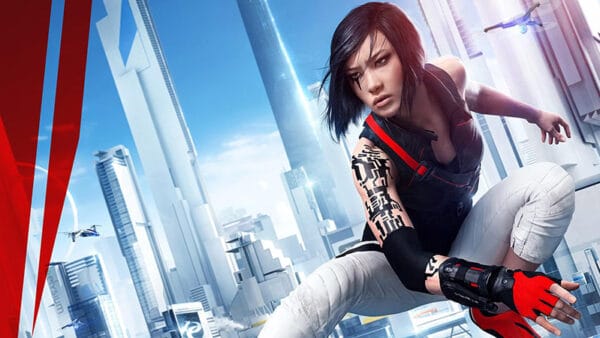 To wrap things up, we’ve chosen to include Mirror’s Edge Catalyst, a reboot of the 2008 parkour platformer set in a dystopian near-future city.

Building off of its predecessor, Catalyst expands the number of combat and movement options at Faith’s disposal while setting players loose in a much larger open world. 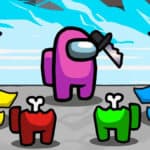 Among Us Guide: Tips For Winning As Imposters
Related Topics Tags