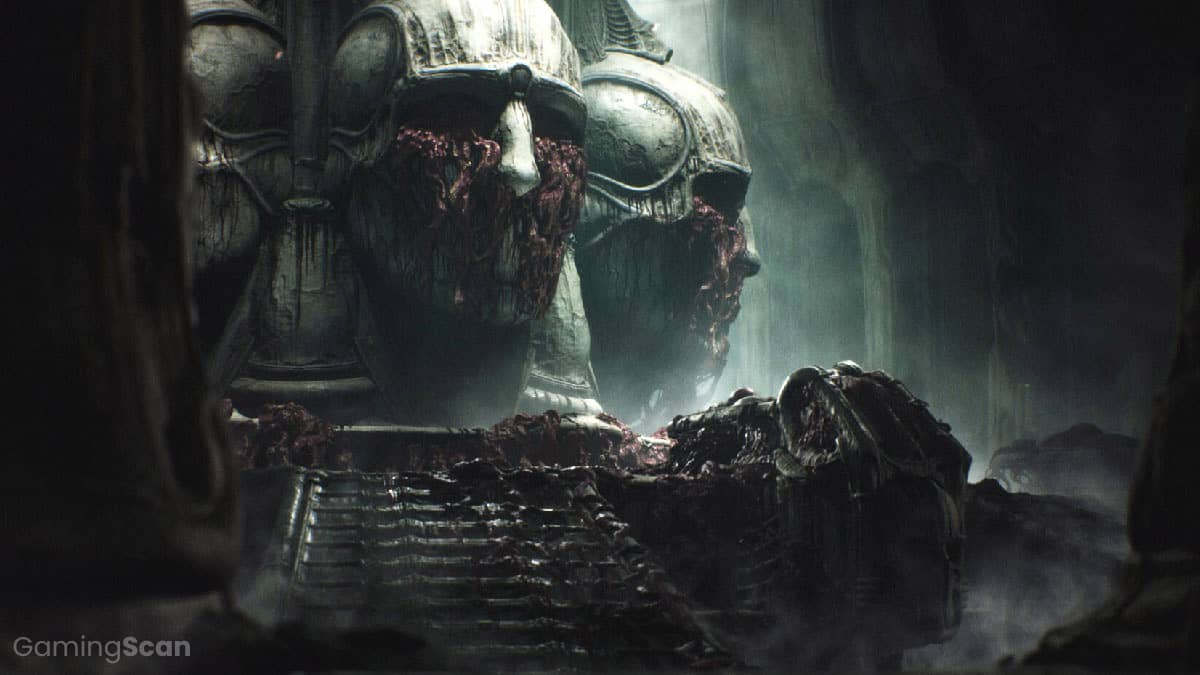 Atmosphere is one of the key elements that go into making a great video game where players feel like they’ve been transported to a different world.

While certain games are better at creating atmosphere than others, particularly horror games, you’ll find the most immersive video game settings cover a wide swath of genres.

Drawing heavy inspiration from the visual works of H.R. Giger, Scorn is an FPS puzzle game that does a fine job of establishing its dark and moody atmosphere.

At the start, players are dropped in a nightmarish world made up of fleshy architecture, gross-looking enemies, and weird bio-mechanisms.

This is further compacted by dimly-lit, maze-like environments filled with fog and eerie sounds that make you feel like you’re trapped in an otherworldly cave.

The follow-up to Asobo Studio’s critically acclaimed action-adventure game invites players to embark on a heart-rending journey into a brutal and breathtaking world twisted by supernatural forces.

Complementing the game’s stunning visuals is an enthralling score that perfectly captures the mood of the siblings’ desperate struggle for survival.

Another third-person action-adventure game with impressive visuals and an engrossing score is Kena: Bridge of Spirits, the breakout hit from new indie developer Ember Lab.

Considering the studio has an extensive background in animation, it’s no surprise that Kena looks pulled straight out of a blockbuster movie.

From its refined character designs to expressive facial animations and lush, atmospheric environments, it’s clear the game was made with love and close attention to detail.

Played from the perspective of the Italian Front, the FPS features ferocious Alpine warfare that tests players’ tactical skills with realistically detailed combat.

The battlefield itself is just as immersive, with stunning Italian landscapes converted to deadly warzones overrun with mortar blasts, barbed wire fencing, and treacherous trenches.

Without a doubt the most detailed cat game ever released, Stray has you guiding a furry feline through atmospheric cyber city environments where humans have been replaced by robots.

The game’s neon-drenched setting is made even better by the fact you’re experiencing it all from the perspective of a small animal capable of reaching areas humans typically can’t.

As great as these unique vantage points are, Stray’s interior environments are just as impressive, with apartments, bars, shops, and the like packed with tons of tiny details that bring them to life.

The Metro games are revered for their rich storytelling and atmospheric settings which see players fighting their way through a frozen post-apocalyptic wasteland.

Metro Exodus continues this trend while introducing bigger, more open-world-like environments that carry their own set of challenges.

This results in feelings of constant dread and uneasiness as you never know what you’ll encounter and whether you even have enough resources to deal with it.

An underrated immersive sim by any standards, Arkane Studios’ Prey features some of the best art direction of any AAA game to come out in the past decade.

This is accented by the fact that some parts of the station are completely intact while others are in disarray or have been completely torn apart.

Kingdom Come: Deliverance positions itself as a realistic medieval RPG set in an open-world-inspired rendition of the Holy Roman Empire.

Instead of battling magical dragons or spell-casting wizards, players are tasked with navigating a realistically scaled sandbox teeming with everyday mortal dangers.

This includes period-appropriate hurdles like having to travel from town to town scavenging for food and water, sleeping in less-than-ideal settings, and going days without bathing.

In addition to horror, survival games generally excel at creating atmosphere through their gameplay and world design alone.

A great example is The Long Dark, an exploration-driven survival game that challenges players to think for themselves while navigating a harsh, frozen wilderness in the wake of a natural disaster.

Tackling themes of isolation and despair, the game forces you to be resourceful and trust your instincts to have any chance of overcoming hunger, thirst, and fatigue, along with natural predators.

Of course, not every naturalistic setting is brutally unforgiving, as evident by Campo Santo’s award-winning narrative walking sim Firewatch.

Set in the Wyoming wilderness during the summer of 1989, it casts you as a volunteer fire lookout that stumbles upon a mystery while exploring the region’s untamed environments.

Much like in The Long Dark, players are constantly reminded of their isolation but when push comes to shove, can communicate with their supervisor Delilah via hand-held radio.

Subnautica is another survival game that forces players to leave the safety of their comfort zone to have any hopes of keeping alive.

Doing so will put you in direct contact with a host of atmospheric locations inhabited by aquatic creatures both friendly and outright deadly.

The vast nature of oceanic exploration means even those who have spent countless hours navigating Subnautica’s murky depths can be caught off guard by what lurks beneath the surface.

Keeping with the underwater theme, SOMA is a story-rich horror game that comes from Frictional Games, best known for Amnesia: The Dark Descent.

In it, players take on the role of a man who awakes from a mysterious medical procedure only to find himself trapped inside a deep sea research facility on the brink of collapsing.

What ensues is a tense and harrowing adventure through atmospheric science labs, ocean floors, and crumbling structures housing the last remnants of humankind.

Creative Assembly’s slow-burning survival horror field trip through an alien-infested space station is still as effective at creeping us out today as it did at launch.

This is largely in part due to Alien: Isolation’s devious blend of stark, 1970s-inspired technology and dull color schemes that permeate throughout the Sevastopol station.

To make matters worse, most areas you visit are dimly lit, suffering from mechanical failures, or patrolled by murderous androids and the ever-present Xenomorph alien.

This list wouldn’t be complete without some classic titles whose top-notch atmospheres are still resonating with players to this day.

What makes BioShock’s underwater metropolis setting so powerful is the juxtaposition between its carefully-crafted art deco skyscrapers and the unfathomable waters that surround it.

Of course, this contrast only becomes more pronounced the further you venture into Rapture’s flooded interiors and find yourself face-to-face with Splicers, Little Sisters, and Big Daddies.

Now more than a decade old, Dark Souls has played a pivotal role in shaping the action RPG genre with its robust combat and intricate world design.

Making your way around Lordran’s crumbling cathedrals and decayed ruins feels like stepping into a completely different world rooted in ancient mythology that’s long since forgotten.

It’s only once you come across a staggeringly large boss whose power and aggression overshadow that of your own that you realize you don’t belong and will have to fight tooth and nail to survive. 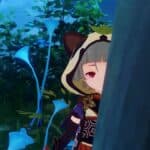