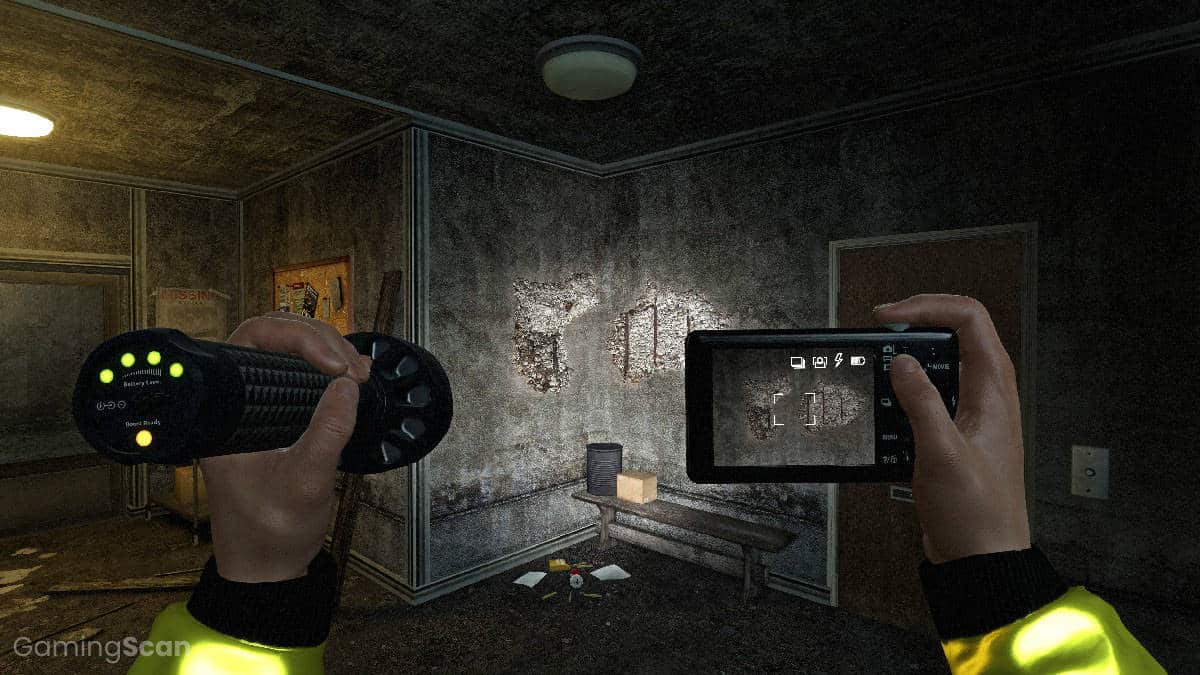 While adventure games are traditionally point-and-click experiences with a third-person POV, there have always been outliers such as Myst that put players directly in control of the character.

First-person adventure games are not only more immersive but also tend to do a much better job of constructing their narratives by leveraging story-driven gameplay.

We’ll be updating this list in the future with new titles, so make sure to check back and let us know if we missed any of your favorite adventure games!

Our first recommendation is Chasing Static, a short and spooky adventure game with retro-inspired PS1 graphics about a man named Chris who finds himself seeking refuge in a remote roadside café.

Things quickly take a turn for the worst after the electricity goes out and Chris discovers the café’s waitress pinned to the ceiling by a strange monster.

He sets off into the untouched wilderness of rural Wales looking for answers while trying to stay alive using experimental audio equipment capable of picking up anomalies.

The Alien Cube is a first-person horror adventure with Lovecraftian themes that has you controlling Arthur, a lonely man who starts suffering from nightmarish visions after his Uncle mysteriously vanishes.

He decides to investigate and quickly finds himself wandering through a host of horrifying and otherworldly locations tied to his Uncle’s disappearance.

Initially conceived as a Skyrim mod, development on The Forgotten City continued to spin out until becoming a standalone game spearheaded by lead developer and writer Nick Pearce.

Players find themselves in an ancient city subjected to the Golden Rule: a religious mandate that punishes citizens for any sin committed by turning the entire population to gold statues.

Throughout the story, you’ll have to interview the locals, help them complete tasks, and investigate the origins of the Golden Rule and how it came to be while stuck in a perpetual time loop.

Before Your Eyes is a narrative-driven first-person adventure game with a twist: the story progresses every time your character blinks.

After learning how to control the flow of time using your eye blinks via webcam, you’ll dive into the main character’s past and relive their memories while making decisions that shape their story.

However, you’ll find some memories are either tucked away or have been altered to avoid trauma that the main character doesn’t want to deal with, forcing you to piece together what happened.

In it, you find yourself driving to an abandoned radio station in the dead of night where strange things keep happening, causing your character to investigate using the station’s equipment.

Gameplay falls under the walking sim description and includes some light puzzle-solving in atmospheric environments with a VHS aesthetic inspired by Japanese horror films.

One of the most recently released entries on this list, The Quiet Apocalypse is a story-driven walking sim that takes place in a post-apocalyptic world where humans can no longer reproduce.

It centers on a father and son tasked with trekking through the wilderness to reach a special child whose DNA holds the cure for humanity’s survival.

However, to reach them, players will have to make it past punishing terrain, dangerous weather, and supposed dark forces rumored to inhabit the surrounding mountains.

If you’re anything like us, then you probably enjoy a good mystery adventure that lets you take on the role of a detective searching for clues and connecting the dots.

In The Painscreek Killings, you take on the role of an up-and-coming journalist named Janet as she attempts to solve a cold case in an abandoned town with dark secrets lurking beneath the surface.

The game mimics real-world investigations and puzzle-solving by providing as little guidance as possible, allowing you to explore areas freely and make connections organically.

Another detective-style adventure game with a mystery at the core of its narrative, INFRA puts you in the shoes of a structural analyst conducting a routine inspection when things go wrong.

See, the owner of the facility you’re inspecting has taken several shortcuts that have led to disaster, turning your routine assignment into a fight for survival as you try to escape a labyrinth of debris.

Armed with a flashlight and camera, you’ll have to document anything your eyes can see while solving puzzles and traversing treacherous environments as crumbling machinery surrounds you.

No stranger to best games lists, Outer Wilds casts you as a recruit for a space program looking to expand its knowledge of the galaxy and its ancestors’ mysterious disappearance.

The story tackles numerous sci-fi adventure tropes such as black holes, antimatter, and most notably time travel, with your character trapped in a perpetual 22-minute time loop.

Of course, this list wouldn’t be complete without including the iconic first-person adventure puzzle game Myst, which was recently remade for VR, PC, and modern consoles.

In it, you take on the role of an unnamed traveler dropped on a mysterious island housing a series of intricate puzzle rooms with unique themes that transport the player to different worlds.

While some aspects of Myst’s design haven’t aged quite so graciously, it’s a worthy recommendation for anyone who wants to learn more about the evolution of first-person adventure games.

Another heavy hitter in the adventure genre, specifically survival horror adventure, Amnesia: The Dark Descent has you exploring a dark and foreboding castle called Brennenburg.

Taking control of Daniel, you’ll have to maintain your sanity by avoiding a host of monsters and unsettling events while navigating dark environments by candlelight.

If you enjoy The Dark Descent, consider checking out Frictional Games’ follow-up expansion Amnesia: Justine as well as the sequels A Machine for Pigs, and 2020’s Amnesia: Rebirth.

Outside of Amnesia, Frictional has a couple of other horror adventure games that are worth checking out, with SOMA being a personal favorite.

In it, you take on the role of an AI clone named Simon who awakes to find himself trapped in a deep-sea research facility under mysterious circumstances.

Desperate for answers, he sets out to explore the facility and uncovers the truth behind the base’s origins, sinister experiments, and missing employees all while trying to slip past mutated machines.

The Vanishing Of Ethan Carter

The Vanishing of Ethan Carter casts you as a gifted private detective with the ability to visualize crimes long after they’ve taken place by interacting with certain clues in the environment.

This proves extremely handy while investigating the disappearance of a child named Ethan in the town of Red Creek Valley, Wisconsin.

With the entire town at your fingertips, you’ll leverage your supernatural powers to piece together evidence and recreate key moments that portray Red Creek differently than you’ve been led to believe.

Assuming you can look past or even embrace its 1-bit monochromatic art style, Return of the Obra Dinn is a remarkable first-person adventure game that oozes atmosphere at every turn.

In it, you take on the role of an insurance adjuster tasked with determining the fates of an abandoned ship’s crew using a magical pocket-watch that replays the moments leading up to a person’s death.

The game offers little in terms of guidance, encouraging you to make discoveries on your own using clues in the environment and information provided from maps and drawings.

Another critically-acclaimed indie adventure game, Firewatch is set during the summer of 1989 and centers on a fire lookout named Henry as he trades in his urban lifestyle for the Wyoming wilderness.

Early on, Henry starts to notice strange, seemingly unexplainable events occurring and decides to communicate his suspicions with his supervisor Delilah using a handheld radio.

His quest for answers leads him deep into the woods where he’ll have to solve puzzles, traverse tricky terrain, and push past his fears to uncover dark truths.

If you’re an avid fan of walking sim experiences, there’s a good chance you’ve already heard of or even played What Remains of Edith Finch.

In it, you play as the last living member of an eccentric family with a perceived curse that causes all but one member of each generation to die under mysterious circumstances.

Desperate to reconnect with her childhood, Edith decides to return to her now-abandoned family home where new revelations and clues regarding the Finches’ history await her.

The Unfinished Swan is the follow-up to Giant Sparrow’s What Remains of Edith Finch and takes a much more minimalist approach to its visuals while featuring similar walking sim gameplay.

Its story focuses on a boy trying to find a swan that escaped from a painting and serves as a metaphor for the character’s relationship with his mother who recently passed.

Gameplay has you exploring surrealistic 3D environments in first-person while solving puzzles and splatting paint to reveal new areas.

If you enjoy walking sim adventure games that put the story front and center, Gone Home is likely to catch your eye with its character-driven narrative and atmospheric setting.

In it, you play as a young woman named Katie as she returns to her family home from overseas only to find herself alone surrounded by moving boxes housing all of her family’s personal effects.

While exploring the house’s familiar halls and rooms, Katie takes a stroll down memory lane, recounting key events and unraveling mysteries surrounding her family’s past.

Tacoma is another walking sim adventure from Fullbright Studio, the makers of Gone Home, and features a greater emphasis on puzzle-driven gameplay while still managing to tell an impactful story.

Players take on the role of a retrieval agent hired to gather sensitive data from an abandoned space station whose crew mysteriously vanished in the year 2088.

As you make your way around the various living quarters, offices, and passages that make up Tacoma station, it becomes clear there’s a lot more going on than what the company’s told you.

The Stanley Parable is a walking sim adventure game that initially started as a Half-Life 2 mod only to evolve throughout its development and end up becoming one of the most celebrated indie games.

Its story centers on a mysterious yet charismatic narrator along with a worker named Stanley who one day realizes that everyone in his office has mysteriously disappeared.

Encouraged by the narrator to investigate, Stanley sets off on a mind-bending adventure that breaks the fourth wall while poking fun at video games, corporate work culture, and the importance of decisions. 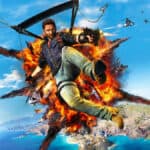