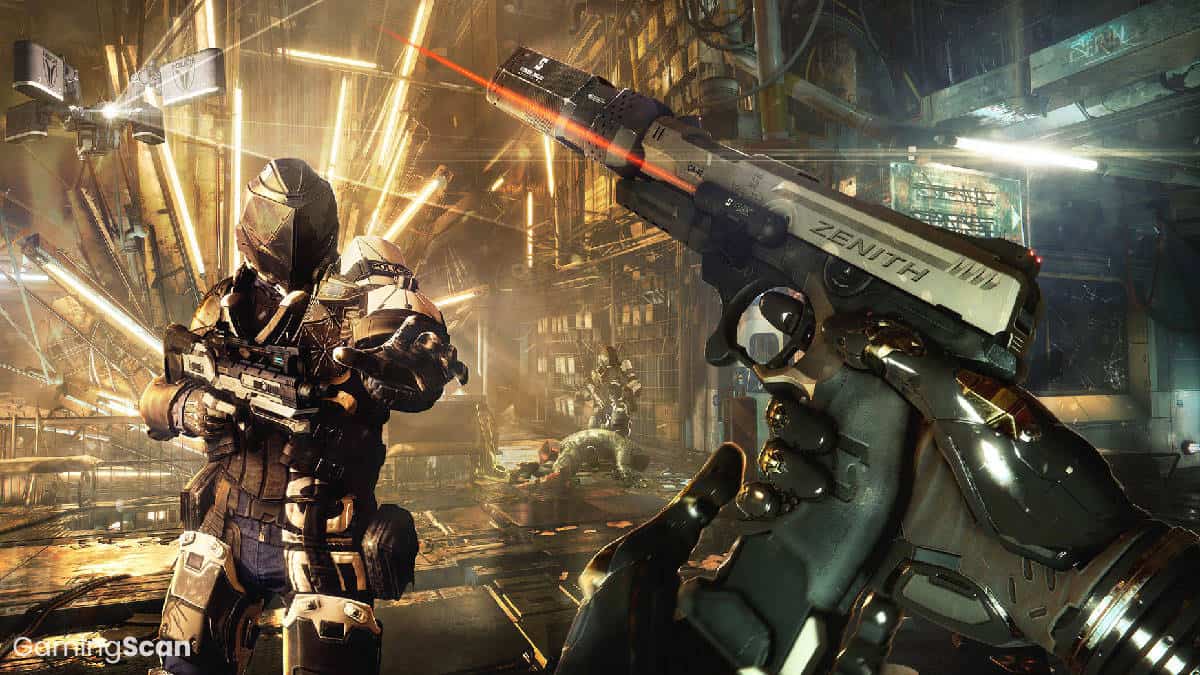 Immersive sims are best described as first-person action RPGs in which the world and game mechanics are designed with player choice in mind at every turn.

As a result, most challenges in immersive sims can be tackled in several different ways by exploring and interacting with characters, objects, and paths as well as harnessing certain abilities or powers.

We’ll be updating this list in the future with new titles, so make sure to check back and let us know if we missed any of your favorite immersive sim games!

Arkane Studios has become the go-to developer for modern immersive sims and their recent release Deathloop reaffirms their commitment to intricately designed sandboxes.

The story centers on a hitman who’s forced to relive the same day over and over again until he manages to eliminate eight targets in a single day to end the loop.

Combining elements of first-person shooters, RPGs, and roguelikes, the game provides players with enough weapons, abilities, and alternate paths to find their own way.

It’s a satisfying evolution of the open-ended gameplay Arkane is known for and greatly benefits from a time-traveling premise and stylish ‘70s acid trip visuals.

Before Deathloop, Arkane produced Prey, a criminally underrated survival horror shooter that suffered from poor marketing and controversy stemming from its name being attached to an existing property.

In it, players take on the role of a science researcher aboard a space station overrun with aliens that can be combated using a variety of weapons, tools, and abilities.

This also spills over into traversal, with some areas and paths only made accessible by obtaining a certain ability or piece of equipment such as the Gloo Cannon.

In true immersive sim fashion, just about every obstacle can be tackled in a number of ways, including both stealth and aggression, though there is a slight emphasis on the former.

While it may look like a visual nightmare, Cruelty Squad is an extremely competent immersive sim from a game mechanics and systems perspective.

It’s also a bit barebones in the narrative department, with the player taking on the role of a mercenary grunt carrying out contracts for a shady conglomerate.

The game posits itself as a power fantasy simulator in which players have a multitude of weapons, tools, and paths at their disposal, allowing for both violent and pacifist playstyles.

To this point, level environments are open-ended and provide a surprising amount of freedom to explore alternate routes, interact with different objects, and discover hidden weapons.

Hitman 3 is the final chapter in IO Interactive’s World of Assassination trilogy that doubles down, or rather triples, on the franchise’s immersive sim qualities.

Reprising their role as everyone’s favorite bald assassin Agent 47, players set off on a globe-trotting adventure to bring down the secret organization Providence by eliminating key targets throughout sandbox environments.

Each level is stuffed to the brim with interactive objects and NPCs that can be leveraged to kill enemies or obtain a new disguise that lets the player get closer to their target.

As a result, there are a staggering number of ways to tackle every mission while utilizing permanent shortcuts, different disguises and weapons, and gaining access to restricted areas.

You can’t talk about immersive sims without bringing up Arkane’s critically-acclaimed first-person action game Dishonored or its fantastic follow-up.

Both games see players exploring steampunk-inspired cities patrolled by guards that can be dealt with either violently and non-violently, using a host of supernatural abilities and mechanical gadgets.

This includes possessing enemies, freezing time to remain unseen, deploying traps, or summoning a horde of rats to do your bidding.

Players can even go through each game without killing a single person or outright murdering everyone, with either path greatly impacting the story.

Set after Ground Zeroes, The Phantom Pain has you playing as the grizzled spy Big Boss after he wakes up from a coma and assembles a team of mercenaries to bring down his enemies.

While some convoluted story points make it a bit tricky to get into, the gameplay is an immersive sim fan’s paradise complete with sprawling sandbox environments and a highly responsive enemy AI that reacts to your actions.

Missions can all play out differently depending on how stealthy or aggressive you are, and optional side objectives yield bonus rewards and new discoveries about the world.

Deus Ex is considered a pioneer in the immersive sim genre across its six installments, including the fourth and most recent entry, Mankind Divided.

The game presents a contained cyberpunk story about a double agent looking to expose the Illuminati by aligning with a rogue group of hackers and infiltrating the enemy’s headquarters.

Like many immersive sims, the gameplay blends first-person shooter combat with stealth and RPG-based progression with an emphasis on player choice.

This includes unlocking different augmentations for the protagonist that focus on combat, stealth, or survival and change how they interact with the world.

BioShock is another franchise with deep roots in the immersive sim genre and is often credited with popularizing more dynamic, simulation-driven open-world games.

Equally as impressive as the game’s underwater metropolis setting is BioShock’s underlying systems and game mechanics, which are just as detailed as Rapture’s steampunk architecture.

The main character can wield different elemental powers called plasmids that interact directly with the environment to manipulate turrets, security cameras, and even NPCs.

Of course, you can still play each entry like a traditional FPS seeing as flexibility is central to the immersive sim experience.

While Alien: Isolation’s immersive sim status is up for debate, when you compare it to other entries on this list there’s no denying they share similar DNA.

Combining stealth, action, and an ever-persistent antagonist, this survival horror adventure is ripe with jump scares and discovery as players sneak around space stations desperately trying to escape.

Various resources can be crafted into distraction tools or weapons that can swing the odds in your character’s favor and affect enemies differently.

Even if the experience isn’t as open-ended as most immersive sims, the level of detail in the environment and objects you engage with are enough to pull you in.

Admittingly dated by today’s standards, Vampire: The Masquerade – Bloodlines is an enjoyable action RPG that has players stepping into the shoes, or rather cloak, of a bloodthirsty vampire.

The story plays out differently depending on which family you swear allegiance to as well as how you interact with the world, using persuasion, brute force, or stealth to stay alive.

While there have been several fan-made patches and mods released over the years to improve the game’s performance and visuals, you may just want to hold out for the upcoming sequel Bloodlines 2.

Last but not least, System Shock 2 is a survival horror action RPG that helped set the standard for immersive sims and remains among the best the genre has to offer still to this day.

Players assume the role of a soldier tasked with eliminating a genetic infection that has spread throughout the ship and turned its crew into monsters.

The game features three separate skill trees that allow you to focus on one of three areas: firearms, technological affinity, and psionic powers, with each affecting gameplay.

In spite of all this, System Shock 2 still manages to find ways to poke holes in your armor and remind you who’s really in control via unpredictable enemy encounters and resource scarcity. 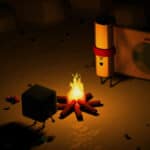