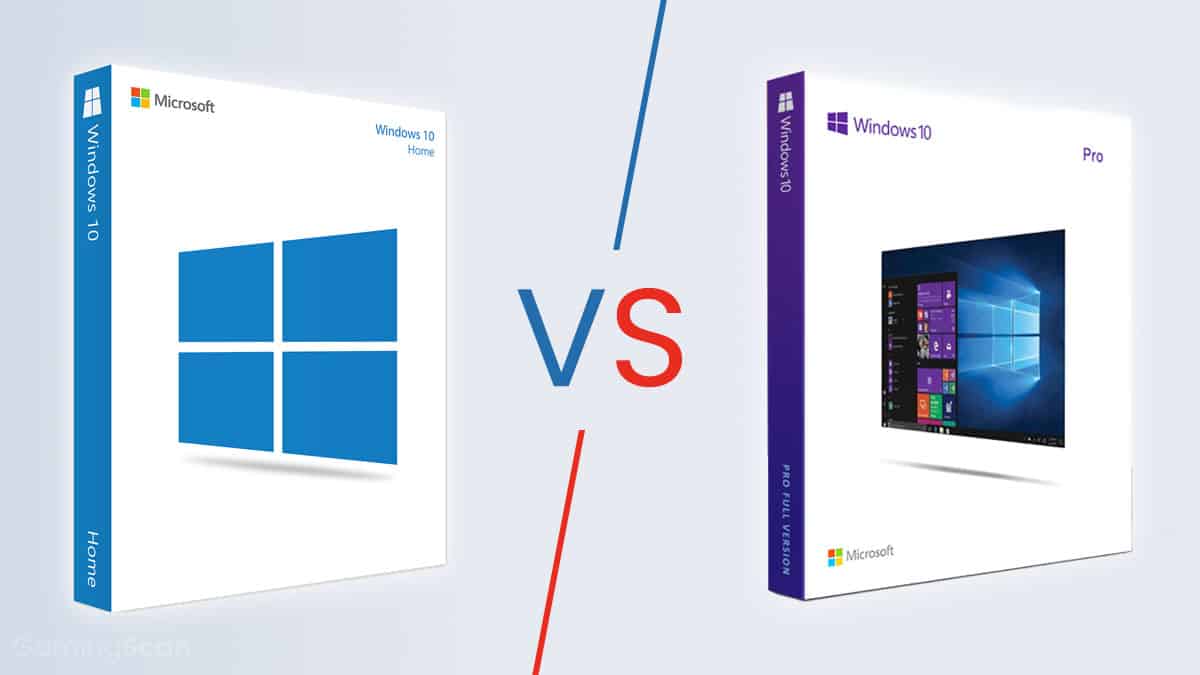 With the esteemed Windows 7 going off life support in 2020, many users will be looking to switch to Windows 10.

True, nothing is stopping anyone from remaining on an unsupported version of Windows – a choice Microsoft openly acknowledges and one that many Windows XP users have made in the past – but there are many reasons why that would be an unwise decision.

But that’s a topic for another day. Instead, we’re here to hopefully help any of those looking to migrate to Windows 10 in the immediate future. Windows 10, just like its predecessors, comes in multiple versions. However, there are only two editions that home users need to worry about: Windows 10 Home and Windows 10 Pro.

To many, the finer distinctions between the two may not be readily apparent. So, whether you’re a power user, a PC gamer, or just a casual user, we’ll explain the differences between the Home and Pro versions of Windows 10 and where those differences matter.

Before we get to the Home and Pro designations, we should consider the CPU architecture. Both 32-bit and 64-bit versions of Windows 10 are available, and which one you should use depends on your CPU. The 32-bit version of Windows 10 is there for older processors, while the 64-bit version is the default one intended for modern hardware.

Unless your CPU is over ten years old, chances are it’s a 64-bit model. In any case, checking this is rather easy:

Here, you’ll be able to see whether your current operating system is a 32-bit or a 64-bit one, and the same goes for the CPU.

All versions of Windows 10 offer the same basic functionality, with certain shared features. Most versions offer the same essential experience that Windows users are accustomed to, only lacking certain advanced features that are present in other editions.

We’ll go over a few of the essential core Windows elements that help define the overall “Windows experience.”

Cortana is one of the most significant new additions to Windows in recent years, and it is Microsoft’s take on an AI virtual assistant, similar to Siri and Google Assistant. Cortana is located next to the Start button by default and can launch searches, set reminders, check email, and adjust settings, among other things.

Virtual Desktop is another Windows 10 core feature that makes virtual desktops more comfortable to manage. This feature allows users to create multiple desktops that can be switched between at will.

Windows Hello is a biometric security feature in Windows 10 that uses either facial recognition or a fingerprint scan to allow users to log in, replacing the traditional password or PIN. It can also be used for store purchases, and many apps have begun to offer Windows Hello integration.

Dark Mode is now system-wide, meaning that users who have longed for a dark mode for the Windows File Explorer can rejoice. In Windows 10, you can now “dark mode all the things” with File Explorer, Start Menu, Task Bar, Action Center, and the settings window.

Game Mode is also available for all Windows users. With Game Mode, Microsoft promises to limit background activities and processes, and instead divert those resources to the game running in the foreground.

It’s hard to say precisely how much this feature helps, but it’s certainly a step in the right direction. Other gaming features include the Game Bar, Game DVR, Xbox One controller support, and the Xbox app.

There are other shared features available to all users, but these are some we consider to be the most critical. You can further compare the segmentation of features over here.

The Windows 10 Home edition is light on professional and business features, choosing to shed some extra security but offers the familiar Windows experience most users are after.

If you’re a casual PC user and have never used a Pro version of Windows, chances are you won’t be missing anything here. When it comes to gaming, all of the inbuilt gaming features of Windows 10 are available in Windows 10 Home.

Users can sync their Xbox Live accounts, stream games from an Xbox One to the PC, take advantage of native Xbox One controller support, enable or disable Game Mode, and use the Game Bar for broadcasting and streaming options.

While Windows 10 Home is aimed at the broader consumer market, Windows 10 Pro takes that base package and adds a few premium features for business users, professionals, or general power users.

One of the most significant additions is the powerful BitLocker, which offers much more comprehensive encryption support compared to Windows 10 Home. Another notable security feature is the Windows Update for Business service, which is aimed at enterprise users and IT administrators. Then there is the added security in the form of Device Guard and Secure Boot, both of which are absent in the Home edition.

Windows 10 Pro also ups the virtualization options with Client Hyper-V, which allows users to create a virtualized sandbox for various projects or play around with a different OS.

Windows 10 Pro may be designed for professional or business users, but there’s plenty of hidden pearls for enthusiasts to play around with—assuming they’re willing to pay for it. More on that next.

For many Windows users, the decision between these two editions may very well come down to the pricing. Generally speaking, you can expect to pay around $130 – $139 for Windows 10 Home, if you’re buying it via Amazon or directly from Microsoft.

This is after Microsoft quietly raised the price in late 2018, tacking on an extra $20. However, you can often find it on sale, and a physical copy is usually a bit cheaper than the digital download.

Buying into Windows 10 Pro costs quite a bit more. Microsoft will charge about $200, while marketplaces like Amazon will typically charge around $189. But again, physical copies tend to cost less, and you can often catch it at a discount and save some money.

Finally, if you’re looking to upgrade from Windows 10 Home to Windows 10 Pro, you can buy a license through the Microsoft store—that privilege currently costs $100.

Ultimately, there’s no objectively wrong or right choice between Windows 10 Home or Windows 10 Pro. It boils down to how the end-user intends to use the OS.

If you’re a casual user or no-frills PC gamer and aren’t interested in premium features, then it’s obvious which version you need — the more affordable Windows 10 Home. You likely won’t find anything missing from the experience, and you’ll save a substantial amount of money.

If you count yourself among the PC enthusiast crowd or are a Windows power user, then the Windows 10 Pro will most likely be worth the extra investment. You don’t have to be a business owner or an IT professional to find value in the more sophisticated features found in Windows 10 Pro.

Plus, Windows 10 Pro will continue to get more features over time, making it even more flexible. Bottom line: Windows 10 Home will suffice for most users, so don’t feel compelled to spend more money on the Pro edition if you don’t intend to take advantage of its extra features. 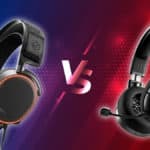 Wired vs Wireless Gaming Headset – Which Is Best For Gaming?
Related Topics Tags