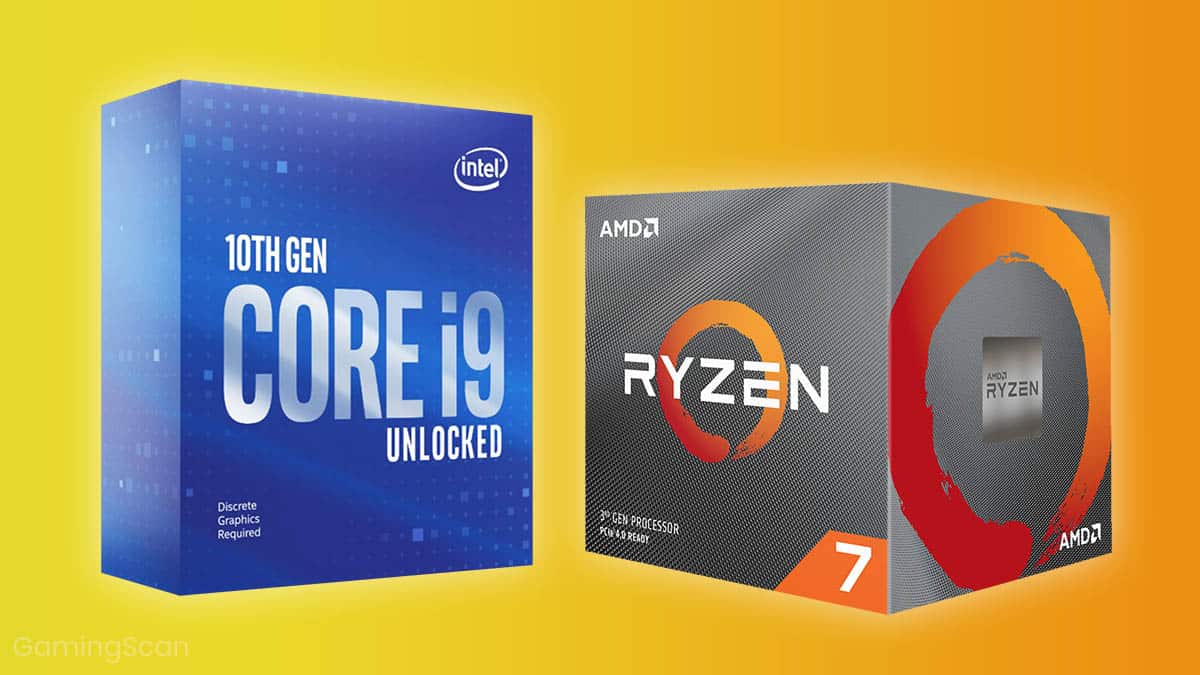 Finding the right parts for your gaming PC can be an enjoyable but also a somewhat tedious process.

While many hardware enthusiasts enjoy comparing benchmarks and scouring different professional reviews before settling on a final pick, others will have a hard time making sense of all the information if they’re not familiar with the subject matter.

Fortunately, finding the right CPU doesn’t necessarily have to include any time-consuming research of different CPU models or any cross-comparing of different specs, benchmarks, and reviews.

Below you’ll find our gaming CPU hierarchy, with all of the current and last-gen CPUs ranked according to their gaming performance.

These first-tier CPUs are the most powerful CPUs currently on the market. They have the highest core and thread counts and they commonly have excellent overclocking potential, although they tend to be more power-hungry, too, not to mention pricey.

Truth be told, these CPUs aren’t really ideal for gaming, and they are usually the best fit for those who intend to use their PCs not only for gaming but also for some CPU-intensive professional software.

The processors found in this tier are usually the best pick for those who intend on getting a powerful high-end GPU to go with the CPU.

Their performance isn’t quite on the level of the more expensive Ryzen 9 and Core i9 models listed above, but they’re still very powerful. They can make the most of the beefiest GPUs currently available and handle professional software well, too.

Now, we get to the mid-range, and the CPUs found here are often the most popular picks for gaming PCs, and for a good reason — they tend to offer the best value for your money.

In 2023, mid-range CPUs have higher core and thread counts than ever before, they can handle even the more powerful GPUs without any significant bottlenecking, and they usually come with a very reasonable price tag attached.

Finally, for those who are pinching pennies and can’t quite afford to spend a lot of money on a CPU or the PC as a whole, both Intel and AMD have very viable budget-oriented solutions on offer.

These CPUs don’t offer the high core and thread counts or the impressive clock speeds and overclocking potential that you’ll find in the more expensive models. Still, they’re quite affordable and would be the best, most cost-efficient pick for many budget or even mid-range gaming PCs. Sadly, though, they’re not very future-proof.

And so, that would be it for our gaming CPU hierarchy!

You’ll notice that we didn’t include any of the more expensive AMD Threadripper or Intel Core X models, and that’s because they don’t really make good picks for gaming. They pack way more processing power than what a gaming PC needs, plus they are significantly more expensive than their mainstream counterparts.

Just the same, we didn’t include any of the cheaper entry-level solutions such as AMD’s Athlon APUs or Intel’s Pentium and Celeron lineups, and for a similar reason — they also make bad picks for gaming since they are simply too weak and would inevitably bottleneck the latest GPUs to a significant degree.

Now, something else that we should mention is that, while Intel Core CPUs seem to be the definite choice for gaming, the CPUs were ranked based on gaming performance, without taking into account another important factor: value.

When we talk about value in this context, we are referring to a CPU’s price-to-performance ratio, and since the prices can vary based on a number of unpredictable factors—many of which have to do with how demanding and how well-optimized different games are—it can be difficult to ascertain accurately.

So, for some more accurate recommendations, we suggest checking out our narrowed-down selection of what we feel are the best CPUs for gaming in 2023, where we take more factors into account than just gaming performance.

Finally, if you find that we have failed to include any of the current-gen or last-gen CPUs on the list, feel free to let us know in the comments and we’ll see about fixing the error as soon as possible! 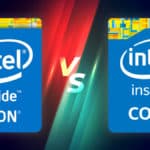 Intel Xeon vs Intel Core – What Is The Difference?
Related Topics Tags