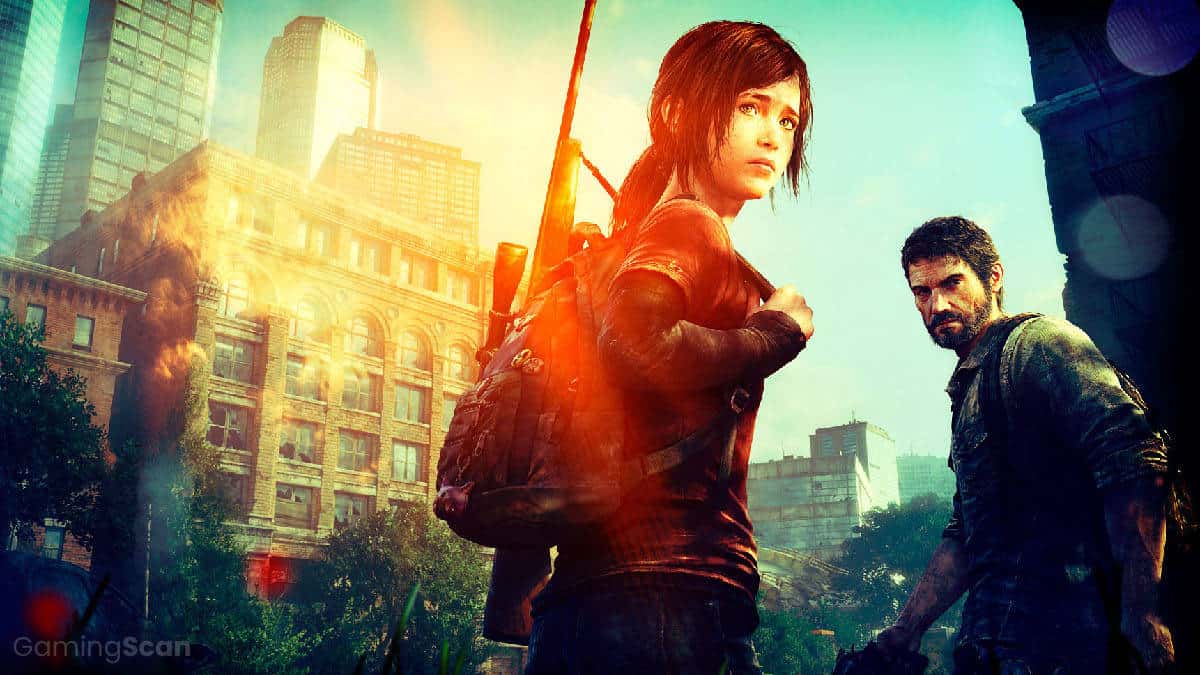 The Last of Us is one of the best single-player PlayStation exclusives and does an excellent job at ramping up the tension and stakes while taking the time to develop its characters and world.

If you’re left craving more narrative-focused games designed to take you on an emotional roller coaster, then keep reading on to see our recommendations.

We’ll be updating this list in the future with new titles, so make sure to check back and let us know if we missed any of your favorite games similar to TLOU!

Dying Light is one of the better zombie game series due to its abundance of tense story and gameplay moments tied to visceral first-person combat.

Like The Last of Us, each game sees you dealing with both living and undead threats as the state of the world has caused humanity to become desperate and untrusting.

If you’ve already played the original or want a more refined experience, we suggest starting with Dying Light 2 which was released in February 2022 and introduces a brand new protagonist.

Next up, Alan Wake is a cerebral single-player game about a writer who sets out to investigate his wife’s mysterious disappearance while battling a host of supernatural horrors.

Similar to TLOU’s Infected, the Taken are controlled by a dark force that has taken over the bodies of humans, animals, and even objects.

Gameplay-wise, the two have a lot in common as well, including third-person shooter combat and survival horror elements that force players to stay on their toes while exploring the world.

Anyone looking to play Alan Wake in 2022 is better off getting the Remastered version, which combines the base game and its two expansions in a single package with enhanced graphics.

While it may not be a zombie game, Star Wars Jedi: Fallen Order does follow a linear narrative with high stakes and memorable characters like TLOU.

Gameplay is reminiscent of third-person action-adventure games like Dark Souls, Shadow of Mordor, and Assassin’s Creed with the usual Stars Wars references and world-building.

The addition of fairly linear open-world environments teeming with enemies, resources, and puzzles also makes it feel similar to TLOU, especially when you consider the game’s more mature story.

We recommend picking it up even if you’re not necessarily a Star Wars fan, though you can expect a fair amount of challenge from Jedi: Fallen Order’s bosses.

The Last of Us fans will already be familiar with the Uncharted series seeing as both franchises were created and developed by Naughty Dog, with Uncharted coming first.

Although the series primarily follows the adventures of Nathan Drake, The Lost Legacy bucks this trend by putting two of the series’ side characters, Chloe and Nadine, front and center.

Together, the duo attempt to find the legendary Tusk of Ganesh in India while going head to head with a ruthless warlord and his army of insurgents.

2018’s God of War sought to give the character-driven action game a clean slate while continuing the spirit of the original hack and slash series.

The story follows Kratos, the titular God of War, as he and his son Atreus set off on a journey to reach the land of the giants, Jotunheim.

Along the way, they’re forced to battle an army of monsters, undead soldiers, and literal gods from Nordic mythology that continually pursue them.

One of the more recently created PlayStation IPs, Ghost of Tsushima released in July 2020 and soon joined the pantheon of beloved single-player PlayStation exclusives.

The story follows a Samurai named Jin as he fights tirelessly to reclaim his homeland from Mongol invaders looking to conquer Tsushima Island before moving on to mainland Japan.

At the start, Jin finds his stoic Samurai ways are no match for the Mongol’s aggressive tactics, forcing him to take on new strategies and learn the ways of the Ghost.

Much like TLOU, this entails plenty of tense, stealth-driven sequences with third-person combat that requires you to use environments to your advantage.

The Resident Evil series of survival horror games have been around for a long time and are equally beloved, if not more, as The Last of Us.

Resident Evil 2 in particular holds a special place in many fans’ hearts and was remade in 2019 for PC and console with updated graphics, gameplay, and story elements.

In it, players take on the role of either Leon or Claire as they navigate zombie-infested hallways and tunnels rescuing other survivors and plotting an escape from Raccoon City.

Next up, Days Gone is another first-party Sony exclusive that revolves around battling hordes of the undead, or rather “Freakers” as they’re referred to in the game.

In it, players take on the role of Deacon, a bounty hunter trying to survive in a post-apocalyptic world filled with aggressive monsters and equally dangerous humans.

Like TLOU, the game tells a mature story revolving around loss, pain, and grief over loved ones that have been lost in the face of a global tragedy.

Additionally, Days Gone features an in-depth crafting system, open-world exploration, and a vehicle for getting around.

If you’re looking for another narrative-focused single-player game on the same level as The Last of Us, look no further than Asobo Studio’s A Plague Tale: Innocence.

Set against the backdrop of the French Black Plague, the game centers on a 15-year-old girl named Amicia along with her younger brother Hugo who becomes infected with a mysterious illness.

Together, the pair set out to escape their pursuers while solving puzzles and navigating hordes of infected rats that fill the streets of France.

It’s a great recommendation for anyone who enjoys games with stealth-driven combat, third-person action, and emotionally-charged stories.

Serving as a direct sequel to the original, Red Dead Redemption 2 follows aging cowboy Arthur Morgan as he attempts to navigate a dying Wild West teeming with danger, violence, and moral ambiguity.

Similar to TLOU, the game features sprawling open-world environments with characters offering quests and side missions that flesh out the world and lead to unique discoveries.

In addition, both revolve around third-person shooter combat and give you the ability to ride a horse to get from one destination to another.

Story-wise is where Red Dead 2 and TLOU have the most in common, with both centering on morally complex characters that have experienced a great deal of pain and loss.

Although a Marvel superhero game may not seem like the best contender for this list, Insomniac managed to take the web crawler to new heights from a narrative perspective.

The Peter Parker on display in Marvel’s Spider-Man has gone through his fair share of trauma and uses that pain as a motivator for saving others.

So if you’re looking for a PlayStation game that differs slightly from TLOU while still delivering in the story department, this is a fantastic option to consider.

Gameplay-wise, Far Cry games have little in common with The Last of Us seeing as one is balls to the wall action while the other is more methodical and measured in its combat.

However, Far Cry 5 in particular stands out for its ambitious rural setting in the form of the fictional Hope County, where an evil cult leader named Joseph Seed has risen to power.

You play as a sheriff’s deputy who’s tasked with bringing down Seed and his cohorts when things suddenly take a turn for the worst and your character ends up kidnapped.

The remainder of the game is spent building back up your forces and finding creative ways to dismantle Seed’s doomsday cult from the inside out.

While The Witcher is typically compared to other fantasy-inspired games like Skyrim, complete with swords, dragons, and magic, story-wise it has a lot in common with TLOU.

Additionally, there’s a certain apocalyptic feel to both games’ open-worlds that’s reflected by the character’s attitudes towards those around them.

Whereas TLOU is a third-person cover shooter, The Witcher 3 is more of a third-person action RPG where players combine swords and magic to smite their foes.

However, if you’re the kind of player who seeks out critically acclaimed video games, you’ll find comfort in knowing that The Witcher 3 has won countless awards since its release.

Since its reboot in 2013, the Tomb Raider franchise has taken a more narrative-driven approach to telling Lara Croft’s story while still providing plenty of action.

This has led to some of the best single-player story games of the past decade, including the final entry in the rebooted trilogy, Shadow of the Tomb Raider.

Much like Ellie in TLOU2, Shadow’s story casts Lara Croft in a darker light as she’s forced to operate within morally gray areas to achieve her goals.

As a result, our heroine becomes increasingly unhinged as the game progresses, exploring new hellish tactics that often toe the line between stealth and outright aggression.

Beyond its story and characters, there’s still much to enjoy in The Last of Us’ gameplay, specifically taking out groups of zombies and enemy survivors.

Another game that delivers on the zombie survival front is State of Decay 2, which builds upon its predecessor in pretty much every area.

In it, you’re tasked with growing and managing a team of survivors while venturing out into the world in search of resources to keep your community alive.

Admittingly its story is very weak compared to TLOU but the focus on scavenging and third-person combat with a pinch of stealth are sure to scratch a similar itch.

In Telltale’s catalog of choice-driven adventure games, few titles stand out as strongly as The Walking Dead, which first debuted in April 2012 with Season 1 “A New Day.”

Based on the popular comic by Robert Kirkman, the game’s story follows a former professor and convicted murderer as he’s freed from prison following a zombie outbreak.

Similar to Joel, your character soon meets a young girl who he decides to take under his wing and protect as the pair look for a new home in this dangerous new world.

Comprised of three seasons, two spin-offs, and one expansion, Telltale’s The Walking Dead is ripe with death, violence, pain, loss, grief, and every other emotional theme TLOU explores.

Our last recommendation to TLOU fans is Beyond: Two Souls, which was released the same year as The Last of Us and tells an engaging story revolving around supernatural phenomena.

In it, you take on the role of a young woman named Jodie Holmes as she’s guided by a mysterious force within to explore her past and use her psychic powers to shape the future.

Similar to TLOU, Beyond’s story involves a family tragedy that characters must navigate, with wonderful motion capture performances from Elliot Page and Willem Dafoe, among others.

If you’ve been searching for another game that hits the same cinematic high notes as TLOU and keep coming up short, Beyond: Two Souls and similar Quantic Dream games may be worth checking out. 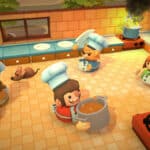