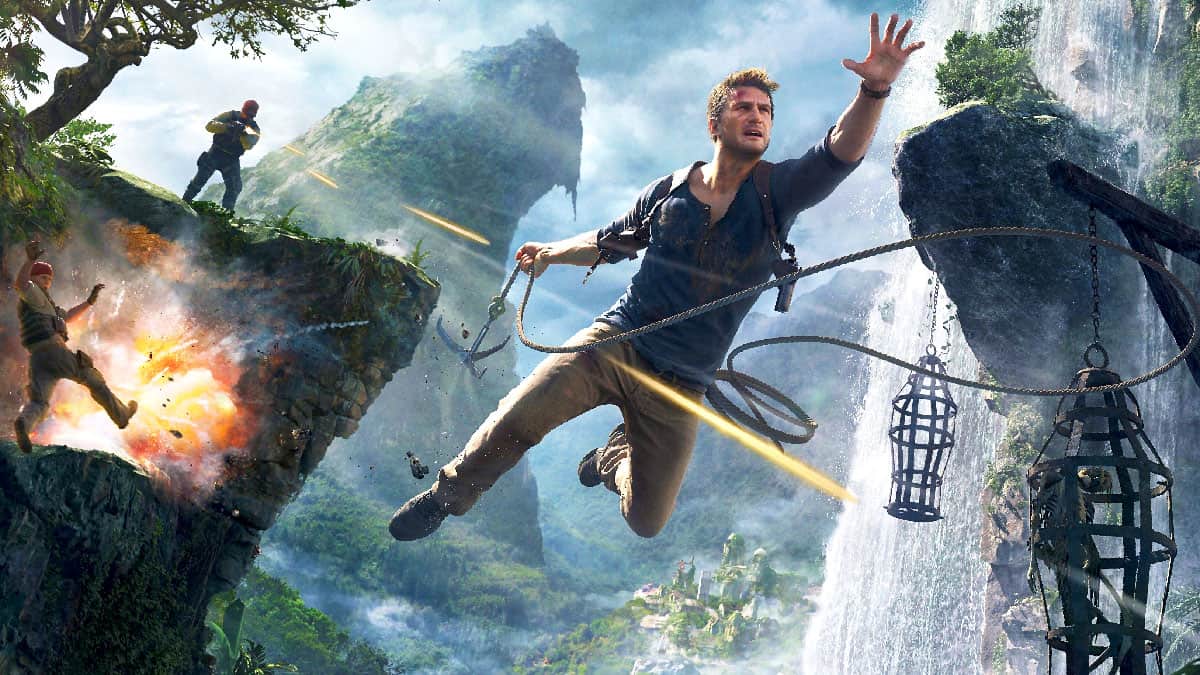 While Sony has an extensive history of leveraging console exclusives to help grow the PlayStation brand, recent years have seen the company exploring new avenues.

This has led to many once-exclusive PlayStation games finding a second home on PC after their initial runs on PS4 and PS5.

In this list, we’ll highlight the best PlayStation exclusives on PC and go over every PS exclusive coming to PC in 2023 and beyond.

Lastly, you can expect frequent updates as new games are announced, so make sure to check back often!

Developed by Naughty Dog and Iron Galaxy Studios, Uncharted: Legacy of Thieves Collection contains the two most recent games in the Uncharted series.

Uncharted 4: A Thief’s End and Uncharted: The Lost Legacy deliver the dramatic conclusions to protagonists Nathan and Chloe’s stories, respectively.

As of 2023, Legacy of Thieves Collection holds a “Very Positive” rating on Steam, with both PC and PS5 versions exceeding critics’ and fans’ expectations.

Now that Marvel’s Spider-Man has joined the growing list of PlayStation exclusives to grace the Steam storefront, fans couldn’t be any happier.

At least, that’s what we gather from the never-ending stream of Spider-Man PC mods that continue to pop up each day.

Even if you’re playing the game vanilla, you’re sure to fall in love with Insomniac’s modern take on Spider-Man’s mythos, traversal, and world design.

What’s more, you don’t have to take our word for it, as Marvel’s Spider-Man Remastered currently holds an “Overwhelmingly Positive” Steam review rating.

Going hand-in-hand with our previous entry, Miles Morales is a standalone expansion to Marvel’s Spider-Man that shifts its focus onto Peter’s web-crawling protege.

As such, it’s best recommended to anyone who was left craving more superhero shenanigans after beating the first game.

It features a revamped open world with expanded traversal/combat abilities and a completely new story about Miles’ newfound powers and turbulent life.

Much like its predecessor, Spider-Man: Miles Morales was well-received by the PC gaming community and currently holds a “Very Positive” Steam rating.

If you’re strictly a PC gamer, then you might not be as familiar with Little Big Planet, an adored PlayStation-exclusive puzzle platformer created by Media Molecule.

While the series has been dormant for some years now, Sackboy: A Big Adventure is a spiritual successor that sees the franchise’s mascot embarking on a new adventure.

This includes an impressive number of customization options along with fully 3D platforming levels that explore fun new mechanics, abilities, and challenges.

If the game’s “Very Positive” Steam rating is anything to go by, there’s a good chance we’ll see other LBP games get a second life on PC.

Released for the PS4 in 2018, God of War is a soft reboot of sorts for the Sony-owned franchise that attempts to separate itself from its more ultraviolent predecessors.

Going for a slightly more mature tone, the game centers on an aging Kratos as he’s thrust into the role of father and encounters a host of foes and figures from Norse mythology.

He is joined by his son Atreus, a skilled archer whose supportive talents complement Krato’s brutal hack n’ slash tactics.

God of War was developed by Sony Santa Monica and released for PC in January 2022, where it currently has “Overwhelmingly Positive” reviews.

Split up into multiple parts, Final Fantasy VII Remake feels like less of a remake and more of a weird science project cooked up in the basement of Square Enix’s offices.

The first part was released in 2020 for PS4 and pretty much blew everyone away with its updates to the PlayStation classic.

Some highlights include fully-realized environments, reimagined characters, and an updated battle system that mixes real-time action with traditional strategy mechanics.

PC players can pick up FF7 Remake Intergrade on EGS or Steam, where it currently maintains an “Overwhelmingly Positive” review rating.

Horizon Zero Dawn is a relatively new IP for Sony that doesn’t have the same level of nostalgia driving its success as franchises like God of War or Spider-Man.

Despite this, Guerrilla Games has been able to entice players into exploring Aloy’s world and uncovering the many mysteries behind its mechanical creatures.

Sony appears to have a lot of faith in the franchise as Horizon Zero Dawn was ported to PC in 2020 and followed by a sequel, Horizon Forbidden West.

There’s still no word on whether the company plans to bring the next entry to PC but in the meantime, fans can explore a wealth of Horizon Zero Dawn PC mods.

Far from the instant success Sony is used to, Bend Studio’s survival horror romp Days Gone still managed to leave a lasting impression on players and critics in 2019.

Even if it wasn’t a massive hit like TLOU or Ghost of Tsushima, Days Gone is not without its fans, as evident by a 13K signature petition calling for a sequel.

And while Sony has yet to comment on future plans for the series, the company was willing to go forward with porting Days Gone to PC.

Definitely a win for fans, as this version addresses many of the performance issues present in the console version while opening the floodgates for Days Gone PC mods.

After Hideo Kojima and Konami’s messy divorce, Sony swooped in to offer the revered Japanese developer the funds and creative freedom needed for his next project.

This would end up becoming the one-of-a-kind action game we now know as Death Stranding, which was released in November 2019 as a PS4 exclusive.

It wouldn’t be long before the game made its way to PS5 and PC via an expanded Director’s Cut with higher frame rate, photo mode, and ultra-wide monitor support.

As if that weren’t enough, this version of the game includes crossover content from Half-Life, making it an enticing package for longtime PC gamers.

Developed by IllFonic and published by Sony, Predator: Hunting Grounds is an asymmetrical multiplayer shooter based on the iconic film franchise and released for PC and PS4 in April 2020.

In it, four players take on the role of mercenaries tasked with exploring remote jungles to eliminate insurgents and gather intel while being stalked by alien hunters known as Predators.

Predators are equipped with advanced technological weapons and gadgets that allow them to turn invisible, leap great distances, and generally kill anything in their path.

Although it may not be the best or most polished adaptation of a beloved IP, Hunting Grounds has “Mostly Positive” reviews on Steam.

Building off of the success of earlier titles, Detroit: Become Human is considered by many to be the best effort from French game designer David Cage and his studio Quantic Dream.

From its fantastic visuals to refined gameplay and an emotionally gripping story that gets at the heart of what it means to be human, the game is a great example of an interactive drama firing on all cylinders.

Detroit was originally released for PS4 in May 2018 but would later come to PC roughly a year and a half later in December 2019, where it currently sits with “Very Positive” Steam reviews.

At launch, the PC version was not without its issues and suffered from poor framerates and several minor bugs that have since been ironed out through patches.

Developed by Team Ninja and published by Koei Tecmo in Japan and Sony worldwide, the Nioh games are two of the best Soulslike action RPGs on the market and offer a considerable challenge.

Though the original Nioh was a PS4 console exclusive, it also came to PC; however, Nioh 2 was a different story and didn’t release on PC until about a year after the PS4 version.

Set during the late 1500s in Sengoku Era Japan, the game is a prequel that sees you taking on the role of Hide, a half-spirit half-samurai who wields an assortment of deadly weapons.

Considering how much of Nioh’s DNA is tied to FromSoftware titles like Dark Souls and Sekiro, the series is worth checking out until we can get Demon’s Souls and Bloodborne on PC.

Journey is a simple yet captivating adventure game that was created in collaboration with Thatgamecompany and Sony Santa Monica for PS3 in early 2012 and PS4 a few years later.

Roughly four years later, Journey would make its debut on PC and become available on Steam as of June 2020, where it now has overall “Very Positive” reviews.

The game’s main selling point was its unique approach to incorporating multiplayer, in which two players could meet and help each other using only musical chimes.

It’s the kind of game that feels right at home on PC and has a distinct stylized look to it that continues to hold up in 2023.

The Unfinished Swan is a follow-up to What Remains of Edith Finch and was originally released for PlayStation consoles in 2014 before coming to Windows PC and iOS in September 2020.

The game employs a very minimalist approach to its visuals while featuring walking sim gameplay and a story centered on a boy trying to find a swan that escaped from a painting.

Gameplay has you exploring surrealistic 3D environments in first-person while solving puzzles and splatting paint to reveal new areas.

The game was co-developed by Giant Sparrow and Sony Santa Monica as well as co-published by Sony and Annapurna Interactive.

Detroit is far from the only Quantic Dreams title to release on both PlayStation consoles and PC, with Beyond: Two Souls being another standout entry for the studio.

The story revolves around a young woman guided by a mysterious force within her to explore her past and use her supernatural powers to shape the future.

While not as polished in terms of interactivity and visual storytelling, the game features noteworthy performances from talented actors Elliot Page and Willem Dafoe.

It’s also cited as having some of the best motion-capture performances of the PS3 era, as evident by its “Very Positive” Steam reviews.

Released for PC in June 2020, Heavy Rain is the third pillar in Quantic Dreams’ PlayStation catalog.

In it, players follow three protagonists as they attempt to identify and locate an elusive serial killer called The Origami Killer for their separate reasons.

Gameplay includes an abundance of tense quick-time events and copious amounts of dialogue interactions to push the story forward.

Considering how far interactive dramas have come since Heavy Rain was first released in 2010, the game is worth picking up to see how much the genre has evolved.

Developed by Arrowhead Game Studios and published by Sony for PlayStation consoles, Helldivers is a hardcore twin-stick shooter built for co-op.

In it, you and your team play as members of an elite combat unit tasked with protecting Super Earth from droves of enemies amidst an intergalactic war.

Missions see you traveling to various planets where you’ll have to push back enemy forces who have gained a foothold by entering battle with your fellow helldivers.

PC players can pick up the Dive Harder Edition, which includes a free upgrade that adds all previous expansions, a new loadout system, and a new game+ mode.

Created by Atlus, the Persona series is an offshoot of the larger Shin Megami Tensei JRPG series and has been closely tied to the PlayStation platform ever since its debut in 1996.

However, following the critical success of Persona 5, Atlus and worldwide publisher Sega have taken an interest in bringing the series to PC, starting with Persona 4 Golden.

Below you’ll find a non-exhaustive list of PlayStation-exclusive titles that have either been officially announced for PC by Sony or are long-rumored to be in development.

We encourage you to check back in the future for updates following confirmation from Sony for any of the following games: 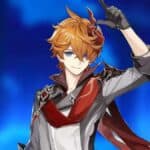