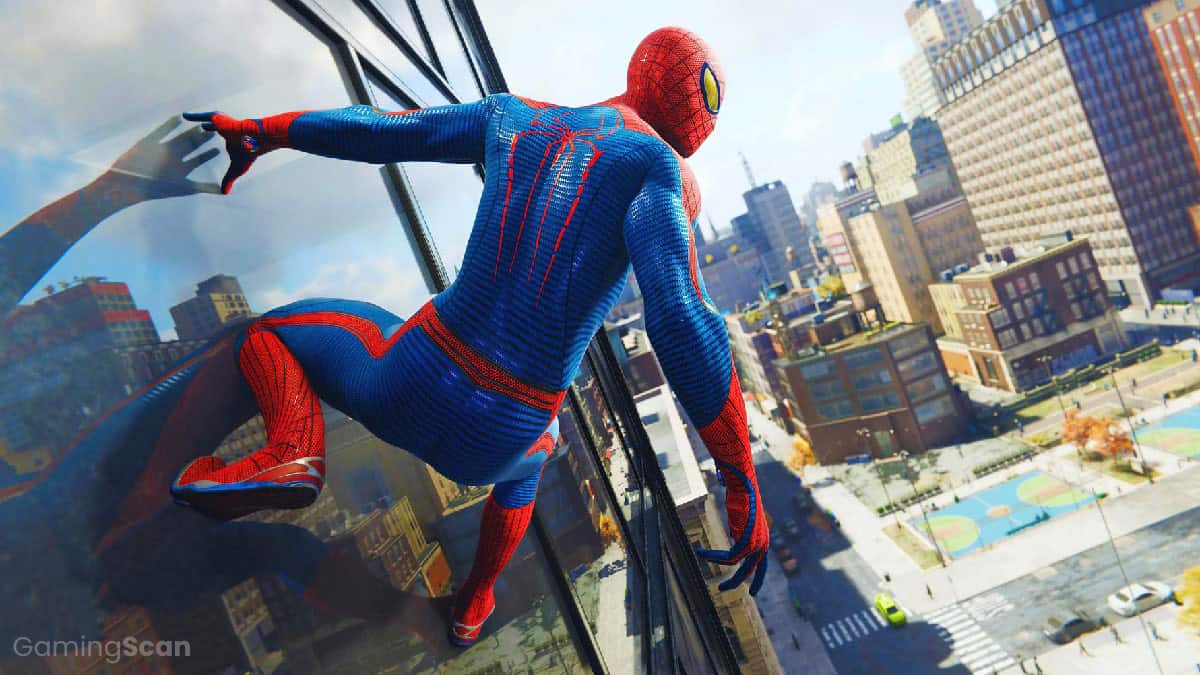 Insomniac Games really knocked it out of the park when crafting Spider-Man’s open world and coming up with ways to traverse New York City as the web-swinging hero.

Of course, it’s neither the first superhero game nor open-world game to do so, with countless titles paving the way for Spidey’s latest adventure.

In this list, we’ll highlight the best games like Marvel’s Spider-Man on PC and console that cast you as super-powered saviors or otherwise gifted protagonists.

So, without much further ado, here are our picks for games similar to Marvel’s Spider-Man!

Even though Spider-Man is a Marvel property, it’s always nice to see what’s going on across the pond with DC’s catalog of heroes.

In Gotham Knights, players assume control over one of Batman’s four protégés: Nightwing, Batgirl, Robin, and Red Hood, before heading out to patrol the city.

Each Knight has a traversal tool of choice as well as the Batcycle for getting around Gotham City quickly and efficiently.

While he may not be a comic book character, Sonic’s insanely fast speed puts him in the same ballpark as superheroes like Spider-Man.

Sonic Frontiers is the SEGA mascot’s latest outing as well as a return to form for the platforming series after a string of lackluster releases.

In it, Sonic and his friends become separated after entering a wormhole; shortly after, he finds himself stranded alone in the mysterious Starfall Islands.

Exploring this mysterious new world, players must solve puzzles and battle enemies while traveling at breakneck speeds across vast landscapes and grind rails.

Next up on our list of games like Spider-Man is Spryward, an indie 2.5D superhero beat ‘em up created by Noah Lewin and published by Day Dreamer Games.

The story centers on a man who witnesses his city struggling to survive after a zombie virus outbreak and decides to dawn the mantle of a hero.

Taking to the streets as “Spryward,” Deshaun fights tirelessly to revitalize society one super-powered villain at a time while honing his skills.

Like Spider-Man, Spryward’s repertoire includes aerial and dash attack maneuvers along with the ability to climb walls and unlock new super suits.

Guardians of the Galaxy

Marvel’s Guardians of the Galaxy is another single-player game like Spider-Man that casts you as the leader of a ragtag team of misfit heroes.

Controlling Star-Lord, players are tasked with leading the oddball crew across the cosmos to stir up trouble wherever they go.

Along the way, they’ll make new friends and enemies while shaping the fate of the galaxy and growing as a family with diverse powers and personalities.

Gameplay is similar to Spider-Man but puts a bigger emphasis on RPG progression and squad-based mechanics that see Star-Lord working with his team to overcome challenges.

Despite not being a superhero, Rico Rodriguez manages to save the day with high-flying stunts that would make even Peter Parker blush.

Just Cause 4 is the character’s latest adventure to date and sees him facing off against an evil military group known as the Black Hand.

This leads him to a lively South American open world ripe for free-roaming exploration and wanton destruction.

To help him along the way, Rico is armed with an assortment of weapons and gadgets, including a grappling hook that lets him swing across environments like Spider-Man.

If going to war with Doc Ock and a host of other Marvel villains sounds like a fun time, just imagine the entire pantheon of Norse mythology.

That’s the basic setup for 2018’s God of War, which sees Kratos, aka the Ghost of Sparta, guiding his son and protégé Atreus during a life-changing journey across multiple realms.

Standing in their way is an extensive life of Norse deities and figures with the power to shape each realm and throw obstacle after obstacle their way.

Like Spider-Man, Kratos relies on his supernatural abilities to get the best of his opponents and track down powerful rewards.

If Marvel’s Spider-Man was your first exposure to Insomniac Games’ work, we encourage you to go back and explore the developer’s extensive history with the Ratchet & Clank series.

Rift Apart is the most recent entry and serves as a continuation of the previous games’ story, in which heroes Ratchet and Clank find themselves caught up in an interdimensional crisis.

With portals from different worlds now opening and closing at random, the pair set out to stop Dr. Nefarious from using his Dimensionator device for evil.

Spider-Man fans will no doubt enjoy Ratchet & Clank’s gameplay design in regards to combat and traversal as well as the lighthearted and humorous tone of its story.

Instead of recommending just one of the three games in the rebooted Tomb Raider “Survivor” trilogy, we thought we’d cram them in all together.

This is the best way to experience the story and witness the evolution of Lara Croft as a character in these games, going from a kindhearted adventurer to an apex predator.

With that said, Lara’s actions, no matter how violent or merciless, are always done for the protection of herself and others.

This isn’t too far off from the plight of Spider-Man, who constantly makes sacrifices to keep people safe.

One of many awesome Switch exclusives, Marvel Ultimate Alliance 3 offers a different kind of superhero flavor than Marvel’s Spider-Man.

As its title suggests, this is the third entry in the long-since dormant Ultimate Alliance series combining Diabloesque dungeon crawling with a robust roster of Marvel characters.

Among them is none other than Spider-Man, who joins the battle to prevent Thanos and his Black Order goons from gathering and using the six Infinity Stones.

Despite not being set in an open world, the game sees the iconic character relying on his web-swinging abilities to traverse environments and aid his fellow heroes.

Sunset Overdrive is another notable game in Insomniac’s development history that was seen as a huge departure for the studio at the time of its release.

Of course, now in hindsight, we can see that it was laying the groundwork for a game like Marvel’s Spider-Man to be created later down the road.

This is most apparent when it comes to Sunset Overdrive’s movement system, which has your character grinding rails to get around the open world and quickly defeat enemies.

That classic Insomniac sense of humor is present in the story and writing, as well as the design of some of the game’s weapons, which all have ridiculous names and features.

Another PlayStation exclusive that’s sure to appeal to fans of Marvel’s Spider-Man, inFAMOUS Second Son is set seven years after inFAMOUS 2 and follows a new protagonist, Delsin Rowe.

After discovering he has special powers, the rebellious teen is forced to flee upon realizing a corrupt military group is planning to capture him.

Things soon spiral out of control as Delsin is forced to decide whether to use his powers for good or evil, with either path affecting the outcome of the story.

On the gameplay side of things, Second Son features fluid parkour-inspired traversal and dynamic combat reminiscent of Marvel’s Spider-Man.

While not developed by Insomniac but rather by Volition, the Saints Row series has always had a flair for over-the-top gameplay and storytelling with absurd characters.

The latter of which is the main character, with the rest of the Saints crew pitching in to help save the city of Steelport from an alien invasion.

However, the real showstopper here is the deep arsenal of abilities and guns that can be leveraged against foes and turn the open world into your playground.

Our friendly neighbor Spider-Man has appeared in countless Marvel-licensed games throughout the years, including LEGO Marvel Super Heroes.

In this colossal comic book adventure game, players get to assume control of over 180 Marvel characters but for our money, Spidey might as well be the only one.

Armed with his web-swinging skills and quippy dialogue, the hero bands with allies to stop Loki, Galactus, and other Marvel villains from destroying the world.

Before Marvel’s Spider-Man, comic book fans had long since crowned the Batman: Arkham series the best superhero game series of all time.

And while we won’t pick sides when it comes to the quality of DC versus Marvel, Batman: Arkham’s legacy is simply not up for debate.

To prove it, we welcome anyone to go back and revisit the original Arkham Asylum to see just how well its gameplay, story, and world design hold up after all these years.

What’s more, you’ll find a lot of overlap between Spidey and the Dark Knight’s never-ending plights to rid their cities of crime once and for all. 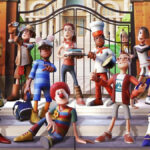