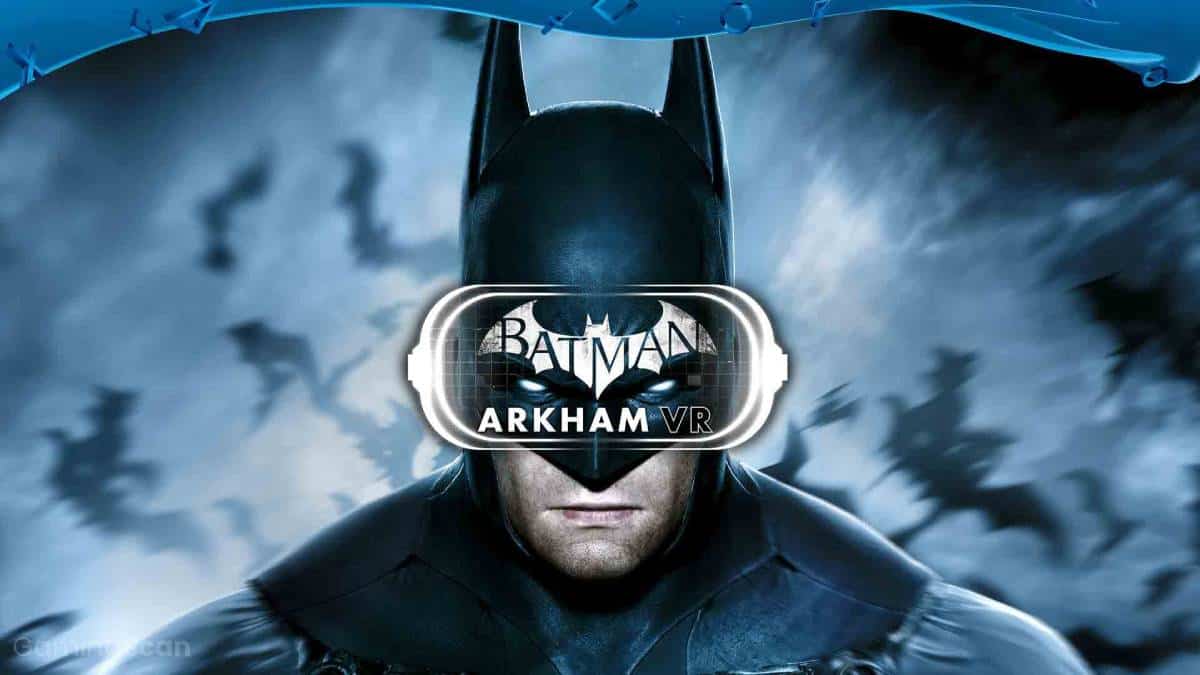 Back in the 2000s, superhero games were, for the most part, little more than poor adaptations of successful superhero blockbusters that were starting to gain traction at the time.

However, there was one 2009 game that truly stood out—Batman: Arkham Asylum.

So, what made the original Batman: Arkham Asylum so good, and did its successors do a good job of expanding upon the foundation that it set?

In this article, we’ll be going over all of the Batman: Arkham games released so far and provide a brief overview of each one. So, whether you’re just taking a trip down memory lane or are only now getting around to actually playing through the series, read on, as this article should be just what you need! 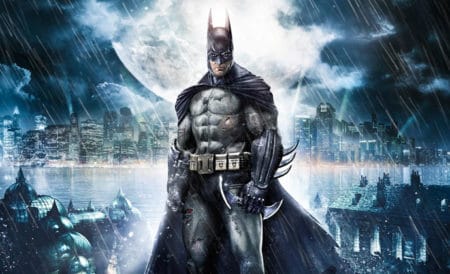 As mentioned above, Batman: Arkham Asylum was the first game in the series that kicked everything off.

After the titular hero captures his most recognizable foe, the Joker, and brings him to the Arkham Asylum, it doesn’t take long until things start to go sour, as you’d expect. Joker breaks free, and soon enough, with the help of some other signature villains, he takes control of the facility, and it is up to Batman to resolve the situation.

When it comes to overcoming these encounters, the player has a variety of gadgets at their disposal, allowing them to approach every situation from multiple angles. Furthermore, the environments of the Asylum are highly detailed, and the various trophies and riddles left by Riddler truly make the location come alive.

Batman: Arkham Asylum was originally released in 2009 for the PS3, the Xbox 360 and Windows. It was ported to macOS in 2011, and a remastered version of the game was released for the PS4 and the Xbox One in 2016. 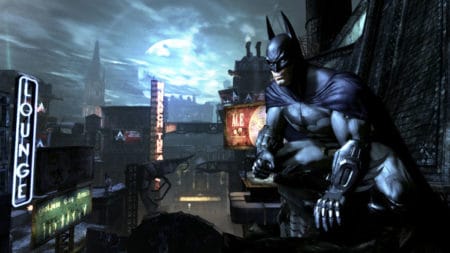 After the immense success and critical acclaim of Arkham Asylum, it didn’t take long for a sequel to come out, so Batman: Arkham City arrived to PC and the 7th generation consoles in 2011.

Following the events of Arkham Asylum, a portion of Gotham City gets turned into Arkham City, a chaotic prison run by gangs, guarded by armed mercenaries, and supervised by Dr. Hugo Strange. After Bruce Wayne is captured and thrown into Arkham City by Strange, he quickly dons his mask and cape and sets out on yet another tour through a prison descended into anarchy.

Arkham City sees the return of many familiar characters but also introduces several new ones, including Catwoman, who is actually a secondary playable character controlled at several points in the story.

She is more mobile and can reach areas on the map that Batman can’t, and while Batman gets some new gadgets that help make Arkham City feel fresh compared to its predecessor, the core gameplay formula remains largely the same.

Furthermore, despite Arkham City’s open world being noticeably larger than that of Arkham Asylum, it is no less detailed, and there are still plenty of well-designed interiors to explore, so nothing is lost in this excellent sequel. 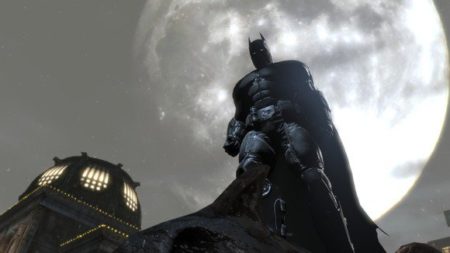 The third entry in the series was not a sequel but a prequel, which can be inferred from the title alone: Batman: Arkham Origins.

The game shows the player an earlier part in Batman’s career, following a younger and less experienced Bruce Wayne on his nighttime outings. After Black Mask, the game’s (alleged) main villain takes note of Batman’s interventions; he puts a massive 50-million-dollar bounty on his head. Soon enough, the inexperienced Dark Knight finds himself in over his head, having to face several professional assassins who may very well be out of his league.

In terms of gameplay, the game remains more or less the same as the previous two titles in terms of the core formula and the mechanics: combat encounters, stealth encounters, puzzles, trophies and a variety of gadgets for every situation.

However, the formula did get a tad stale after two games, and the uninspired boss fights and lackluster environment design don’t exactly help the matter, making Origins a rather weak link in the series.

Arkham Origins was released only for the PS3, the Xbox 360, the Wii U and Windows, never receiving a macOS port or an 8th-gen console remaster. 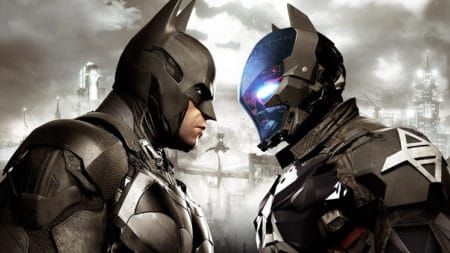 The final major release in the main series (for now) was the somewhat controversial Batman: Arkham Knight.

The story picks up after the events of Arkham City, and this time, moving the action from Arkham City to the very streets of Gotham. The two main villains of the fourth game are Scarecrow and the titular Arkham Knight, who serves as a sort of dark reflection of Batman. This time, the game takes place on a much larger portion of Gotham City’s territory, which was evacuated due to the threat of Scarecrow’s fear gas.

Yet again, the gameplay formula remains mostly unchanged, although the game definitely feels more streamlined, as fighting and exploration feel smoother than before.

One major new addition is the Batmobile, Batman’s signature vehicle that the player can use both for transport and combat, though the unskippable Batmobile segments can get tiresome after a while, as they’re not quite as engaging.

The game was originally released only for the PS4, the Xbox One and Windows, though the Windows version faced some criticism due to terrible performance at launch. 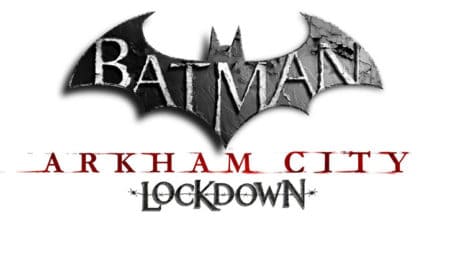 Batman: Arkham City Lockdown was a mobile game released soon after Arkham City. It focused solely on combat and featured many of the characters already seen in Arkham Asylum and Arkham City. Unsurprisingly, it didn’t offer much in terms of story and was a rather brief experience.

It was originally released for iOS in 2011 some two weeks after Arkham City, and it only arrived to Android devices in June of 2013. It has since been removed from both the App Store and the Play Store. 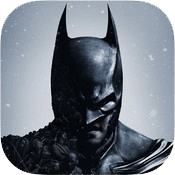 Just like Lockdown accompanied the release of Arkham City, so did the mobile version of Arkham Origins accompany the main game. Only this time, the mobile game was actually released before the main title. And much like Lockdown, it was a limited arcade experience, offering little in terms of story or variety.

It made its debut on iOS in 2013 and was brought to Android in July 2014, but like Lockdown, it has since been removed from both Apple’s and Google’s app stores. 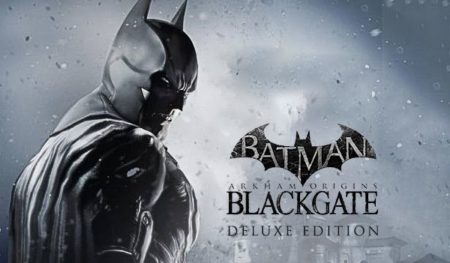 Also released alongside Arkham Origins, Arkham Origins Blackgate is a side-scrolling game developed primarily for handheld consoles. Even though it is a 2.5D game and not a 3D game, the mechanics of the main series are translated surprisingly well into the new format, featuring both fluid combat and well-executed stealth sequences.

However, many felt that Blackgate was simply a watered-down handheld version of Arkham Origins with limited gameplay and repetitive level design, so the reception wasn’t stellar.

The game was originally released only for the Nintendo 3DS and the PlayStation Vita but was also ported to the PS3, the Xbox 360, the Wii U and Windows in 2014. 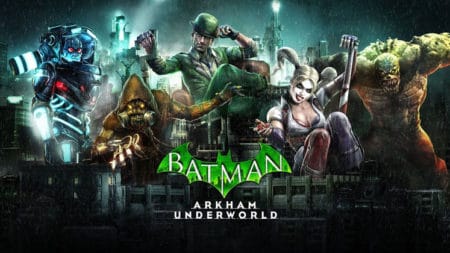 Batman: Arkham Underworld was a short-lived mobile strategy game that actually put the player in the shoes of Gotham’s famous criminals, as opposed to all the other games that feature Batman as the main protagonist.

It was released for both iOS and Android in 2016 but was quickly pulled from both the App Store and the Play Store the following year. 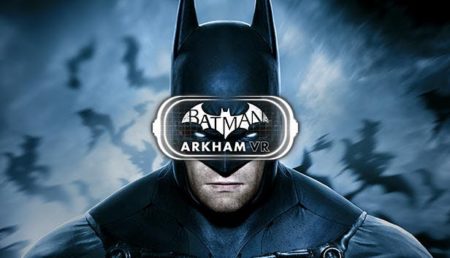 Batman: Arkham VR is an adventure game that is set between Arkham City and Arkham Knight in the series’ timeline. It features no combat whatsoever, focusing instead on puzzles and exploration. It follows Batman’s investigation into the disappearances of Nightwing and Robin, the two of whom had gone missing in the aftermath of the events that took place in Arkham City in the second game.

The game was initially released as a PlayStation VR title but was also released for Windows in 2017.

And there you have it, all the Batman Arkham games released thus far!

The next entry in the Arkham series will be titled Suicide Squad: Kill the Justice League, and it is currently slated to be released in 2022. Obviously, it is not a Batman game, but it is a continuation of the Arkham series storyline.

There’s also Gotham Knights, a game also set to launch in 2022 that will focus on Batman’s allies following his apparent death, featuring four playable characters, although it is actually not a part of the Arkham series. 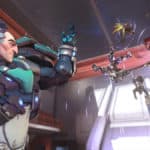