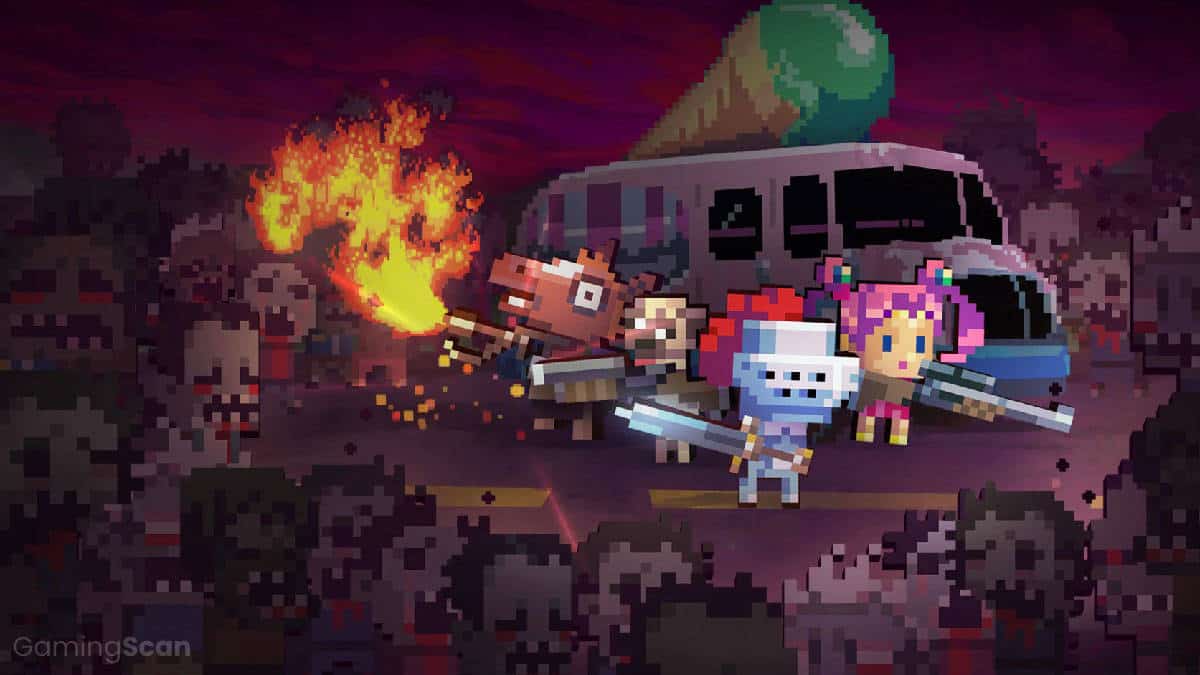 As much as we love single-player adventures, there’s a certain kind of fun and chaos that arises the more players you throw into the mix.

This is especially true for multiplayer games like battle royales, fighters, and open-world sandboxes that support large player numbers.

In this list, we’ll highlight the best 2D multiplayer games for PC and mobile to play with friends and strangers in 2023.

We encourage you to check back for updates in the future and let us know if we forgot to include one of your favorite 2D multiplayer games!

To get started, we’re recommending you check out the addictive auto battler strategy game Super Auto Pets, which is currently free-to-play on both PC and mobile.

In it, you battle against other players using custom teams of adorable animals with unique abilities that can be leveled up to become more powerful as you progress.

While the game may not look too crazy from its visuals alone, it has a satisfying gameplay loop with a ton of room for strategizing and playing mind games with your opponent.

Next up is the arcade multiplayer beat ‘em up TMNT: Shredder’s Revenge, which sees the iconic crime-fighting turtles embarking on a new retro-inspired adventure to defeat their arch-nemesis.

PC players can take advantage of both local and online multiplayer support to team up with any pizza-loving buddies and fight the forces of evil.

Among Us is always a solid choice for some 2D multiplayer fun as it offers cross-play support and can be played on just about any piece of hardware.

Gameplay revolves around social deduction in which a group of players tries to complete tasks while secret Imposters try to thwart their efforts at every turn.

For something with a bit more action, check out Ember Knights, an action rogue-lite RPG where up to four people can play as legendary knights and take on an evil sorcerer and his army of fiends.

Currently available on PC, the game sees you wielding powerful weapons and skills as you hack and slash your way through deadly hordes, defeat epic bosses, and save the world from destruction.

Since each playthrough is different, you and your friends will have many opportunities to try out different weapons, builds, tactics, and synergies.

However, android users can still access multiplayer features by installing and running a third-party mod that’s easy to set up.

Together, you and your friends can grow crops, raise farm animals, explore dungeons, and expand your farm to unlock new activities like wine-making, baking, and so much more.

Our next recommendation is the 2D sandbox RPG Keplerth, which tasks you and your friends with surviving on a hostile alien planet.

After waking from a hibernation pod with no food or clothes, players must get to work gathering resources, crafting items, and building a home to protect them from enemies.

Terraria is another multiplayer sandbox game that seems to never run out of content despite being around for many years.

In it, you set out to explore a vast 2D open-world teeming with enemies and hazards but also cool locations and resources that can be crafted into unique weapons, armor, and items.

The best part is you can play Terraria with friends on both PC and mobile devices, allowing you to go on adventures and bring some back up when you take on tougher bossfights.

If you fancy yourself something of a bee enthusiast, then you won’t want to miss out on APICO, which sells itself as a laid-back beekeeping sim about breeding, collecting, and conservation.

Much like Stardew Valley, the game opens up with your character trading in their boring city job for a life of peace and prosperity on a bee farm.

Up to four players can work together to gather resources, research new bee species, and help repopulate the islands.

If breeding bees doesn’t sound all too appealing, what about smashing your way through a never-ending horde of hungry zombies?

In Death Road to Canada, 1-4 players set off on a randomly generated road trip through an apocalyptic world overrun with living dead, weird survivors, and rare rewards.

The game offers a robust character creator and special in-game events that allow you and your friends to role-play as wasteland jerks or heroes.

Anyone who enjoys 2D pixel art and strategic gameplay is guaranteed to fall in love with Songs of Conquest, a turn-based RPG with tactical combat and kingdom management elements.

The goal of the game is to build an army using ancient magical powers and conquer lands near and far as you grow your empire by exploring a wide selection of maps and biomes.

In addition to two single-player campaigns, Songs of Conquest features online PvP multiplayer where you and a friend can challenge each other in turn-based battles.

Few strategy game franchises come as well-regarded as Ninja Kiwi’s Bloons series, with Bloons TD 6 being the most recent installment of the hit tower defense game.

In it, players try to craft the perfect defenses from an array of Monkey Towers, upgrades, heroes, and abilities to pop every Bloon invader.

The game supports online co-op for 1-4 players on mobile and PC with the ability to host both public and private games.

Core Keeper is a 2D multiplayer survival sandbox where you and your friends can explore underground caverns teeming with mystery, danger, and treasure.

The objective of the game is to build a base, gather materials, and craft useful items while discovering new areas, bosses, and shortcuts.

It places a much bigger emphasis on online co-op than other titles on this list, allowing up to 8 players to inhabit the same world.

Seeing as 2D platform fighters are all the rage these days, we thought why not highlight one of the best free-to-play contenders with intuitive controls.

Brawlhalla sees you fighting your way to victory by knocking opponents off stages to become the last player standing and offers a variety of game modes designed for 2-8 players.

What’s more, the game features an extensive 40+ character roster along with countless crossovers based on popular TV shows, movies, and video game properties.

Another 2D platform fighter that supports multiplayer across PC and mobile is Stick Fight: The Game.

If you’re ready to take the plunge and dive into one of the hardest 2D multiplayer survival games, look no further than Barotrauma.

This horror-induced nightmare sees groups of 2-16 players coming together to complete different tasks aboard a space submarine traveling through dangerous waters.

Each crew member is assigned a unique role ranging from Ship Captain to Medic to Engineer and must fulfill their role while keeping an eye out for hazards, monsters, and secret traitors.

If Barotrauma’s deadly waters aren’t enough to trip you up, then come take a gander inside Spelunky 2’s procedurally-generated caves.

Building off of the devilish roguelike design of its predecessor, this 2D platformer sees you teaming up with friends to navigate harrowing environments in search of treasure and secrets.

The sequel introduces updated graphics, more environmental diversity, and online/local multiplayer for up to four players.

For a more traditional 2D run-and-gun adventure consider picking up the animated bullet hell nightmare that is Cuphead.

Billed as a tough-but-fun action-platformer, it sees you and a buddy playing as the titular Cuphead and his brother Mugman as the pair try to pay off their debt with the devil.

This requires you both to take on a series of harrowing boss fights against larger-than-life enemies with multiple phases that ramp up in difficulty.

Last up on our list is the cute and deadly 2D battle royale game Super Animal Royale, in which players take on the role of murderous wildlife armed with guns.

Each round sees you dropping onto an exotic island filled with crates of rifles, machine guns, grenades, swords, and more death-dealing tools.

Matches support up to 64 players on PC and a mobile version is currently available for players located in China. 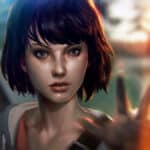