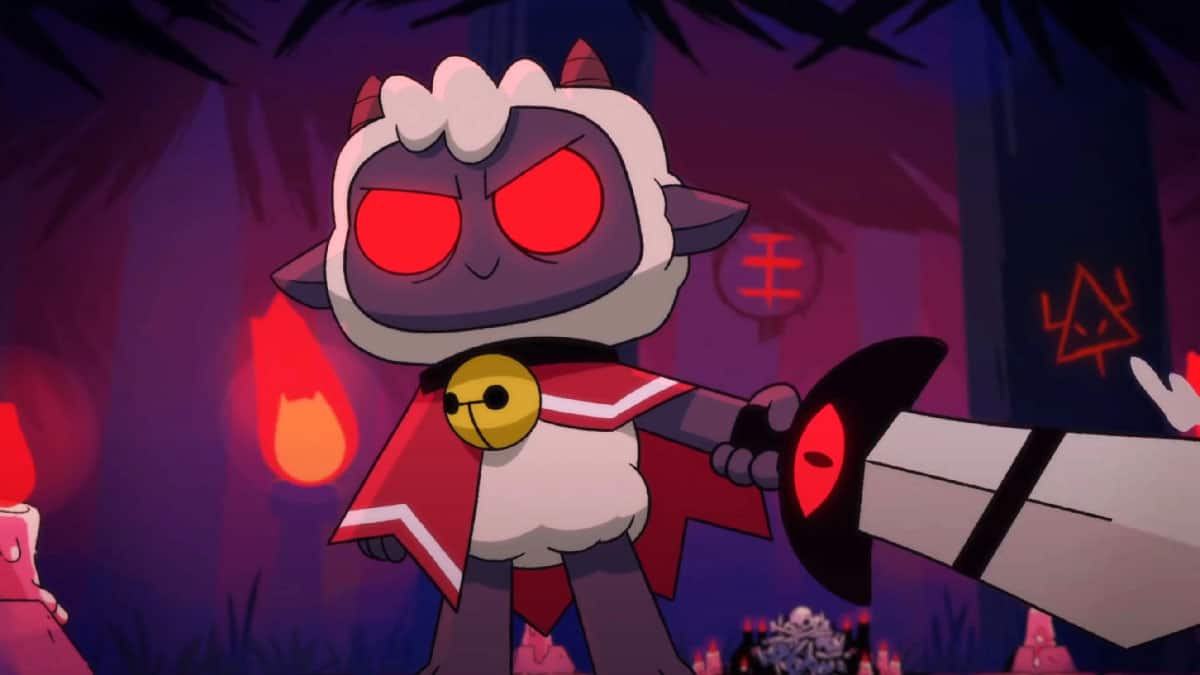 Roguelikes are known to offer a unique blend of challenging and unpredictable gameplay where no two runs are exactly the same.

To achieve this, most of them rely on procedurally generated levels, enemies, and rewards to keep the experience feeling fresh.

In this list, we’ll highlight the best roguelike games on Steam, PlayStation, Xbox, and Nintendo Switch that will keep you coming back for “one more run.”

For more gaming recommendations, check out our growing library of curated lists, and comment below with your top picks for indie roguelikes!

Cult of the Lamb

If you’ve ever wanted to start your own virtual cult with a band of loyal followers, Cult of the Lamb is the perfect roguelike to do so.

In it, you take on the role of a cute lamb that narrowly escapes being sacrificed and decides to turn evil and begin recruiting woodland animals to the dark side.

This is done by venturing into randomly generated forests to battle rival cultists, gather food and other resources, and convincing NPCs to join your flock.

Back at your cult’s camp, you can hold sermons to earn upgrade points, expand your amenities, establish new doctrines, and issue commands to your worshippers.

Players take on the role of a backpack donning animal with an affinity for hoarding items to use against their foes.

This requires you to organize your bag and find the most optimal build to vanquishing enemies as you navigate randomly generated dungeons.

The game offers a wide array of rare overpowered items with unique effects, branching pathways to explore, and unpredictable challenges to overcome.

Reminiscent of cooking games like Overcooked, PlateUp! is a management sim roguelite that sees you building a culinary kingdom.

In it, you take on the role of chef, server, and decorator tasked with turning procedurally-generated restaurants into the talk of the town.

This is done by churning out dishes quickly without sacrificing quality or your restaurant’s reputation by keeping up with trends and constantly iterating.

The game allows you to do all this yourself or employ a friend or two to join your venture and help expedite orders and lend hand in the kitchen.

Next up, Vampire Survivors is a roguelike shoot ’em up with survival elements and an old school 2D pixel art look.

Despite its rather simple premise, Vampire Survivors does a great job at keeping you engaged with meaningful unlocks and action-packed gameplay.

One of the biggest indie surprises of 2021, Inscryption is a fantastic roguelike deckbuilder with satisfying progression and a dash of unsettling atmosphere.

It also happens to be the latest title from Daniel Mullins, creator of Pony Island and The Hex, and explores similar themes of horror.

In it, you take on the role of a prisoner forced to play a sadistic card game against an unhinged host with multiple personas shrouded entirely in darkness.

Each run sees players arming themselves with different melee and ranged weapons before heading down shifting routes housing unique perks and dynamic encounters.

Griftlands is another critically-acclaimed roguelike that comes from beloved developer Klei Entertainment, best known for indie hits like Shank and Don’t Starve.

In it, players must navigate challenging card-based battles and tense narrative sequences whose outcome depends on the player choice.

This results in runs that are longer, on average, than your typical roguelike or deckbuilder as Griftlands takes its time to establish characters, settings, and stakes.

Moving right along, Wally and the Fantastic Predators is a frantie bullet hell roguelite with a sprinkling of The Legend of Zelda and Sonic the Hedgehog.

In it, you play as a sword-wielding fox named Wally who sets out to explore randomly generated dungeons whose rules change from level to level.

For example, one dungeon may restrict Wally’s vision while another features deadly Indiana Jones-style boulders for him to avoid.

This applies to Wally’s arsenal of weapons and upgrades, as new game-changing abilities are frequently introduced to help shake up the combat.

Building off of the devilish roguelike design of its predecessor, Spelunky 2 sees you venturing into even more harrowing environments in search of treasure and secrets.

The sequel maintains a tough-as-nails gameplay loop where players must try and navigate hellish traps and enemies while collecting gold and useful items.

To this point, the game relies on procedural generation to remix parts of its world and allow for unpredictable level designs, enemy encounters, and rewards.

Our next suggestion is a no-brainer for anyone who beat the original Rogue Legacy and wants more of the same with some tweaks for a better gameplay experience.

Now out of Steam Early Access, Rogue Legacy 2 is a fantastic follow-up that injects a host of quality of life improvements into the action-roguelite metroidvania.

Like the original, you play as a hero with distinct traits that get passed down a family tree with each death, bringing you closer and closer to achieving your goals.

The sequel features refinements to its procedural generation system that results in more varied level layouts as well as better weapon and enemy type diversity.

Slay the Spire is a 2D card-strategy roguelike in which players pick from one of several playable characters with unique starting conditions that set the tone for each run.

The goal is to ascend a series of levels within a spire while encountering numerous enemies and rewards based on branching paths.

Along the way, you’ll have a chance to rest at campfires, trade cards at shops, obtain gear from chests, and gain other bonuses through choice-based encounters.

The game has been widely celebrated for its character diversity, roguelike progression, and robust card battler mechanics, making it an excellent choice for roguelike fans.

While roguelike games are quite popular these days, there still aren’t many options for infinitely replayable looter shooters like Risk of Rain 2.

Next up on our list is Enter the Gungeon, a top-down bullet hell dungeon crawler that combines twin-stick shooter gameplay with roguelite progression.

In it, you play as one of four characters tasked with exploring The Gungeon, a sprawling ever-changing labyrinth teeming with enemies, traps, and guntastic loot.

Depending on your character, you’ll start off with unique gear or abilities that can be further enhanced via different modifiers and gear.

Weapon selection is where Enter the Gungeon truly shines as guns will have bizarre, borderline ridiculous effects ranging from firing bouncing bullets to homing beehives.

Noita is a 2D action roguelike where every on-screen pixel is physically simulated, resulting in dynamic interactions with both environments and enemies.

In it, you play as a magic-wielding witch with the power to burn, explode or melt anything that crosses their path.

This is done by crafting and casting new spells while exploring procedurally generated dungeon environments ranging from dark coal mines to freezing-cold wastelands.

Progressing further opens up new kinds of environments and reveals more secrets about the game’s world.

Next up, Streets of Rogue is a top-down action roguelite with RPG and sandbox elements that reward experimentation at every turn.

Each one can be outfitted with an even more ridiculous arsenal of weapons and power-ups including shrink rays amd hypnotizing boomboxes.

Atomicrops offers a unique blend of roguelike, twin-stick shooter, and farming sim gameplay wrapped up in one post-apocalyptic package.

Over time, you’re able to expand your toolkit and unlock new features such as cattle raising and NPC companions.

This broadens your gameplay options and allows you to take on tougher challenges as well as leave someone behind to defend your crops while you’re away.

Carrying on, Invisible, Inc. is a strategy roguelike that centers on an espionage agency under attack by one of its competitors.

Taking on the role of a remote operator, you’re tasked with directing agents through stealth missions to gather resources and intel within a limited timeframe.

At the start of each run, players are given three days to complete jobs across the globe and obtain the necessary equipment for their final task.

Since the mission details and map layouts vary with each playthrough, you’ll often find yourself having to improvise in order to stay two steps ahead of the AI.

Coming from the same team that brought us Gunpoint, Heat Signature is a top-down 2D action roguelike with tactical gameplay.

In it, you control a series of randomly generated characters tasked with liberating space stations from the empires that control them.

Your quest for freedom sees you planning and executing intergalactic heists in randomized spaceships where you’re severely outnumbered.

Lucky for you, you have the ability to slow down time to plan your next move, swap positions with enemies, and turn their own defenses against them.

Last up is Downwell, a 2D indie action platformer developed by Moppin and published by Devolver Digital.

In it, players delve deeper and deeper into an endless well using a pair of deadly gunboots as to defend them from enemies and momentarily slow their fall.

As you descend, your character collects red gems that can be used to purchase items and upgrades that can be stacked for more powerful effects.

The game has been well-received by critics and fans for its eye-catching pixel art and addictive gameplay loop. 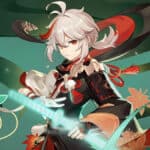