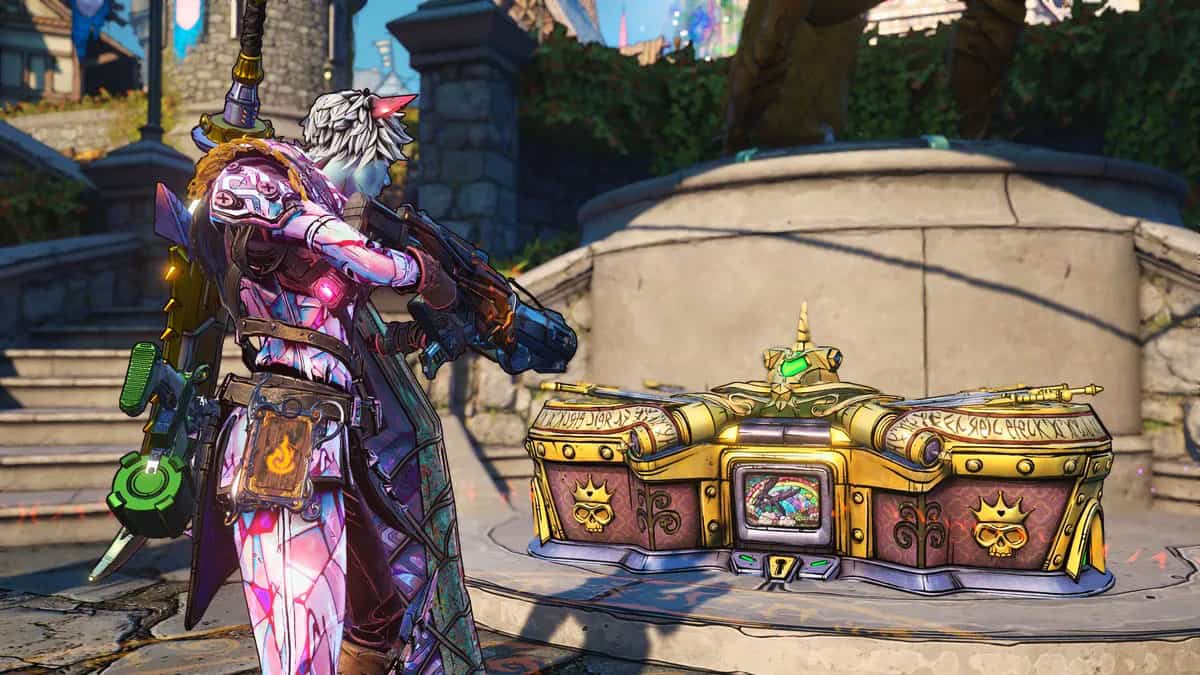 Looter shooters remain to be one of the most exciting and divisive subgenres within gaming, and for good reason.

They’re generally very grindy and unpredictable in terms of rewards but can feel oh-so-satisfying with the right gameplay loop.

For those that enjoy chasing down that “god-tier” roll, we invite you to come along as we highlight the best looter shooter games on Steam and other platforms.

If you would like to receive more gaming recommendations, consider reading through our other curated lists, and comment below with your favorite looter shooter!

Billed as a spin-off to the beloved looter shooter franchise, Tiny Tina’s Wonderlands is an action RPG first-person shooter that plays very similarly to Borderlands.

Set in a fantasty-themed tabletop world, it sees you and up to 3 friends navigating an overworld with random cobat encounters and quests.

The game features six unique character classes that can be upgraded using hero points as well as outfitted with a wide range of procedurally generated weapons.

If you enjoy Borderlands’ flavor of looter shooter gameplay, Tiny Tina’s is an absolute must-play you don’t want to skip.

Our next recommendation is Gunfire Reborn, a game that blends roguelite progression with looter shooter elements and refined gunplay.

In it, you play as one of several animal-based classes as they adventure through a series of randomly generated levels culminating in a boss fight.

Each restart is a brand-new experience complete with unique enemies, weapon drops, and items to boost your character’s proficiency in a particular area of combat.

However, Gunfire also allows you to unlock some permanent upgrades that carry over to your next run, providing a steady sense of progression.

Lost Ark is a free-to-play MMORPG that’s sure to scratch that looter shooter itch for increasingly powerful gear.

Sporting vibrant visuals that give other MMOs a run for their money, the game sees you exploring new lands and battling foes for cool rewards.

Combat is very fluid, fast-paced, and like many MMOs, has an overall hack and slash feel across different weapons, including a gunslinger class.

Finally, the game is packed with hundreds of hours worth of content with an endgame grind that will keep you busy for quite a while.

If you’re looking for a fast-paced FPS with roguelite and looter shooter progression, Roboquest is a fun indie title worth looking into.

The game casts you as a rebooted robot on a mission to lay waste to enemy drones while picking up upgrades and weapons along the way.

It also features a basecamp component that allows you to unlock persistent upgrades to customize your playstyle between runs.

Lastly, Roboquest supports online co-op for up to 2 players, meaning you and a friend can loot and shoot to your hearts’ content.

Nightmare Reaper is a dark and violent mixture of retro and modern FPS gameplay inspired by 90s classics and contemporary looter shooters/rogue-lites.

In it, players explore the cursed depths of a nightmare while expanding their arsenal with powerful weapons and upgrading their abilities.

Each level is open-ended and offers an abundance of enemies to use for target practice along with plenty of secret areas and surprises.

As you progress, you’ll accumulate gold that can be used to purchase new character upgrades and abilities in conjunction with 80 unique weapons that can drop as loot.

Next up is The Cycle: Frontier, a free-to-play PvPvE shooter where players must explore a world gathering valuable resources and riches while watching their backs.

This is because your rewards aren’t truly yours until you’ve managed to reach the extraction point in one piece.

Along with enemy players, you’ll have to keep an eye out for alien monsters and a deadly storm that can damage or otherwise leave your character exposed.

The game manages to strike a nice balance between risk and reward while keeping players engaged with rolling content updates each season.

While it may seem strange to include Marvel’s Avengers on this list, especially after its shaky launch, 2021 proved to be a turning point for the live service game.

This can be attributed to Crystal Dynamics’ extensive post-launch support and ongoing expansions that adding new characters and story content.

Gameplay is best described as a cross between looter shooters, dungeon-crawling RPGs, and squad-based brawlers that maximizes the potential of its roster of heroes.

If you’re like us and decided to hold off on playing Avengers due to the negative reviews, you can avoid any purchase risks by checking it out through Xbox Game Pass.

The Division 2 is a culmination of everything developer Massive Entertainment has learned from player feedback and offers a boatload more cocntent than the original.

Set in Washington D.C. seven months after The Division, it sees your character caught in the middle of a civil war between survivors and deadly enemy factions.

Players can team up online with a squad of four and explore dynamic environments brimming with increasingly powerful enemies and loot.

The game’s PvP component has been reworked to now include multiple ‘Dark Zones’ where players can face-off against one another to earn better rewards.

Digital Extremes’ third-person shooter Warframe has been delivering a robust and engaging experience for years and continues to offer new content.

In it, you play as a death-dealing space ninja traveling at breakneck speeds to grind out missions that revolve around farming materials and enemy spawns.

Like many other looter shooters, the game features a class system that unlocks distinct skills and traits depending on your Warframe, weapons, and ability modifiers.

The combat is just as intense and chaotic as you’d expect, especially when you team up with friends and start flying through levels.

While roguelike games are quite popular these days, there still aren’t many options for infinitely replayable looter shooters like Risk of Rain 2.

No stranger to looter shooter lists, Apex Legends is what you get when Titanfall multiplayer gets mashed together with hero shooters and battle royales.

We’ll have to stretch our definition of “looter shooter” for Monster Hunter Rise as although there’s plenty of shooting to be done, it’s not really the main focus.

Still, players with an itchy trigger finger can wield both heavy and light bowguns as well as a more traditional bow and arrows during battle.

Like previous entries in the series, it sees you fighting massive monsters with an assortment of weapons, tools, and traps as well as animal companions.

As you progress, more powerful gear and weapons become available to craft to keep up with the game’s more challenging enemies.

Borderlands 3 is the latest installment of the over-the-top first-person looter shooter and maintains the ability to play cooperative with friends online and locally.

It’s the perfect kind of mindless action game fun for hanging out with friends in a call and demands little to no communication.

Set seven years after the events of Borderlands 2, the game sees you returning to the barren wasteland of Pandora, home to a host of eccentric and charismatic bad guys.

It introduces new mission types, weapon mods, and loot adjustments that build off of the previous games while addressing the issues with difficulty scaling found in previous entries.

As far as looter shooters go, Destiny 2 has had its share of ups and downs throughout its many seasons, with the recent Witch Queen among one of the better updates.

Shadow Warrior 2 chronicles the misadventures of mercenary Lo Wang as he dishes out even pain with an ever-growing arsenal of guns, blades, magic, and bad puns.

To this point, the game includes rewarding loot and upgrade systems coupled with satisfying combat with flashy kills reminiscent of games like DOOM.

For those that enjoy looting and shooting with friends, Shadow Warrior 2 supports online multiplayer for up to 4 players.

Lastly, the developer has supported the game post-launch with three lengthy expansion packs for players to sink their teeth into. 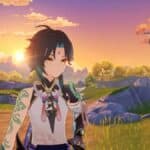