There’s a certain kind of joy that comes from picking up a new game and discovering it has extensive weapon customization options for you to explore.

While this feature is most common in FPS games and third-person shooters, you’ll find plenty of RPGs and survival games that offer weapon customization as well.

By the end, you should have a ton of new titles to pick from for all your video game gun-modding needs! 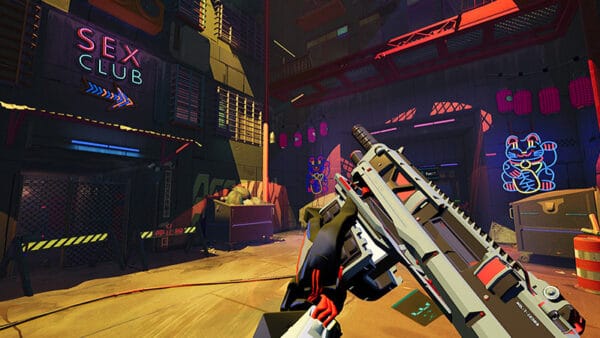 First up on our list of PC games with the best gun customization is Deadlink, a cyberpunk-themed arena shooter with first-person combat and roguelike progression.

In this game, players are assigned a loadout based on their selected class and must clear increasingly challenging encounters to unlock new weapon modifications.

These can then be equipped to different weapons to activate perks in battle, with the option to stack multiple mods on the same gun to trigger a chain reaction. 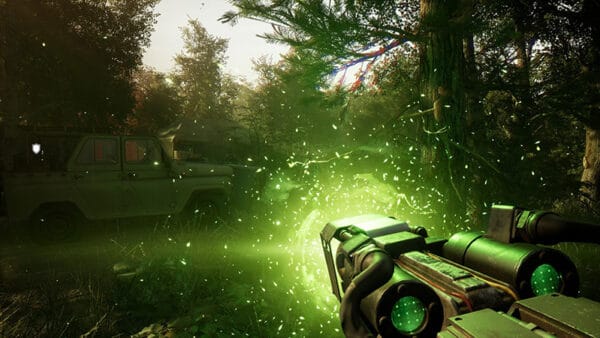 Reminiscent of game series like STALKER and Metro, Chernobylite is a hyper-realistic survival horror RPG set in a post-apocalyptic wasteland.

The game features a non-linear storyline that welcomes players to explore Chernobylite’s world while competing with hostile military forces, other survivors, and supernatural creatures.

Doing so requires you to use every resource at your disposal to craft and modify guns, gadgets, and traps using a detailed in-game workstation. 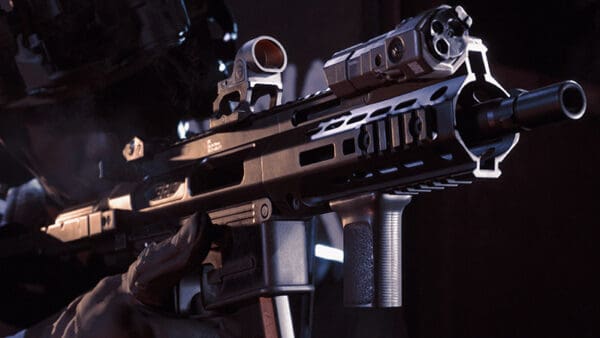 Ready or Not is another hyper-realistic shooter with tactically precise gameplay meant to simulate realistic combat scenarios.

As part of the game’s attention to realism, it features an abundance of weapons and attachments based on real-world equipment utilized by SWAT Teams in the field. 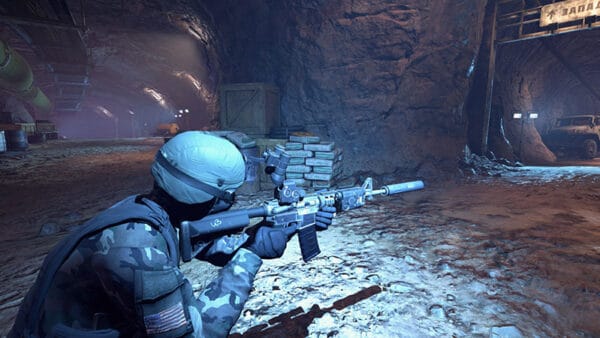 Keeping with the tactical shooter theme, Ground Branch is a realistic military FPS developed by one of the original creators of the Rainbow Six and Ghost Recon series.

Conceived as a “thinking man’s first-person shooter,” the game puts a lot of stock into its character and weapon customization.

As such, players can customize their gear on a basic level before diving into a vast selection of attachments and gun modifiers designed with realism and functionality in mind. 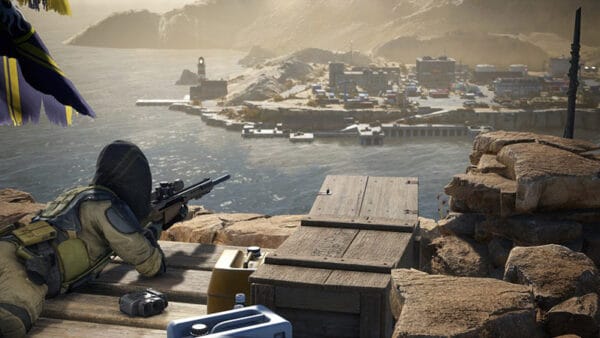 Playing as a sniper definitely has its advantages when it comes to gun customization and designing the perfect build for taking out targets quickly and efficiently.

There are even entire series dedicated towards sniper-based combat, with Sniper Ghost Warrior Contracts 2 being among the best.

In this modern warfare shooter set in the Middle East, players take on the role of a contract assassin with access to a wide range of realistic weapons and equipment. 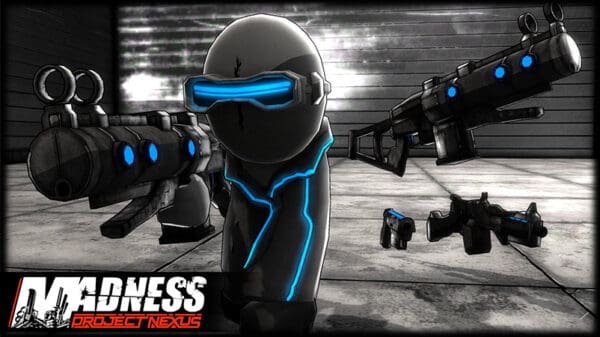 Switching gears, MADNESS: Project Nexus is a third-person arena shooter in which deadly little bean men blast each other to smithereens.

To this point, it features a large selection of different pistols, rifles, shotguns, machine guns, and melee weapons that can be outfitted with all sorts of ridiculously overpowered perks. 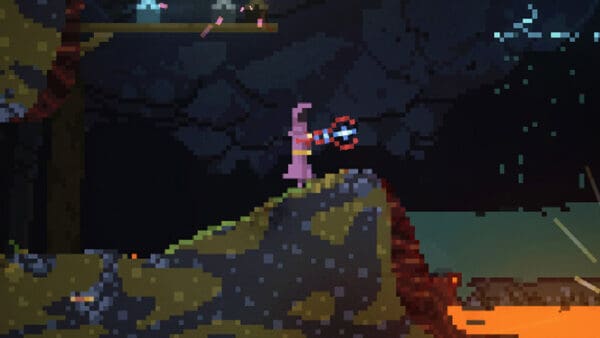 Seeing as wands are technically weapons powered by magic rather than bullets, we feel the wicked wizard action roguelike Noita deserves a spot on this list.

Developed and published by Nolla Games, this 2D pixel art title has you taking on the role of a witch with powerful spellcasting abilities.

By combining different elemental powers, players can cook up all sorts of insane builds capable of burning, melting, and exploding enemies and entire portions of the world. 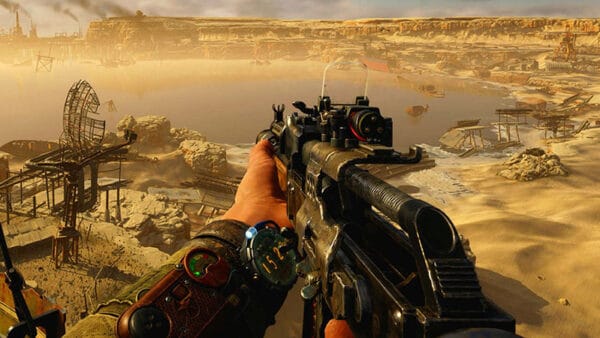 Regarded as one of the best single-player shooters on the market, the Metro series has continually improved its weapon customization from game to game.

The most recent entry in the franchise is Metro Exodus, which boasts an incredible gun customization system that leans into the series’ post-apocalyptic scavenger nature.

By collecting scrap throughout the world, players can access workbenches and create their own custom steampunk-inspired weapons using hobbled-together parts. 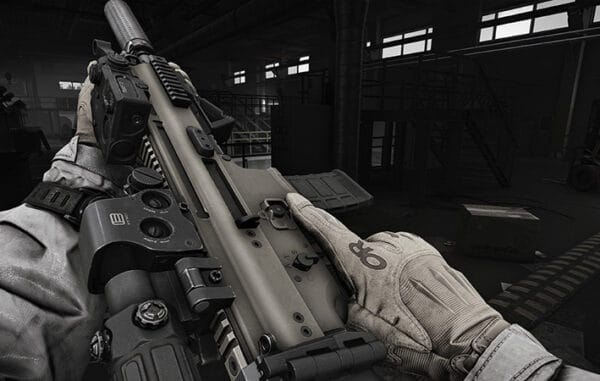 Escape From Tarkov is another tactical shooter that’s not afraid to get nitty gritty with its gun customization options.

This makes it a great choice for players who enjoy fine-tuning every aspect of their weapon until they reach the desired look and feel.

From stocks and scopes to more detailed components like dust covers and grips, the complexity of Escape From Tarkov’s weapon customization is in a league of its own. 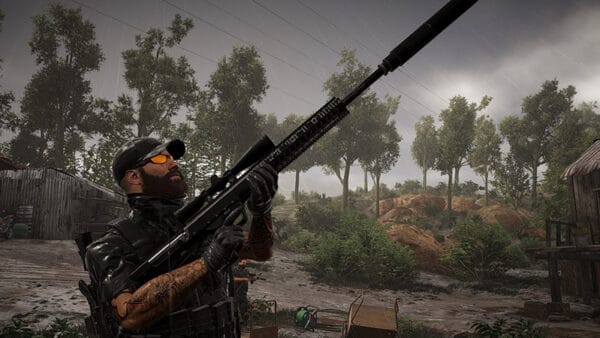 While not as critically well-received as its predecessor, Ghost Recon Breakpoint does have Wildlands beat when it comes to weapon customization.

Set on a remote island under the control of a shady military contractor, the game sees you navigating its lush open world as a U.S. Special Ops service member.

To combat the enemies’ high-tech weaponry, players are encouraged to upgrade and modify weapons using an extensive selection of scopes, barrels, muzzles, and other attachments. 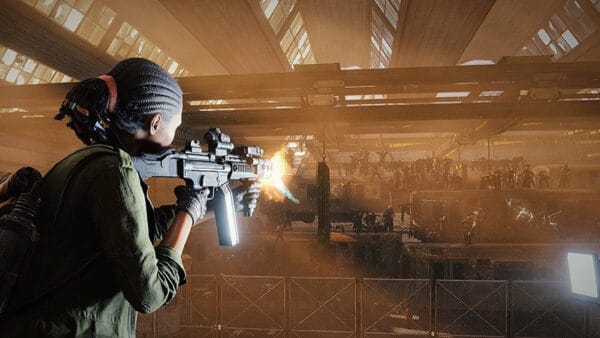 Following in the footsteps of games like Left 4 Dead, World War Z: Aftermath is a cooperative zombie shooter with in-depth character class and weapon customization.

After picking from one of 8 unique classes, players will find themselves dropped into hellish scenarios surrounded by hordes of the undead.

For every mission you complete, the game rewards you with experience points and cash for upgrading weapons and outfitting them with new components. 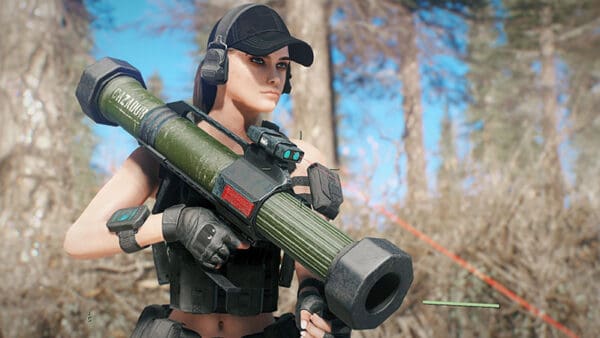 Fallout 4 is a notable entry in the long-running RPG franchise due to its extensive weapon customization that, in many instances, throws all logic out the window.

Practically any firearm or melee weapon you find can be modified to deal increased damage, improve stability, and trigger unique perks pulled straight from science fiction.

This can be taken even further with the best Fallout 4 weapon mods that add new guns based on both realistic and highly-imagination firearms. 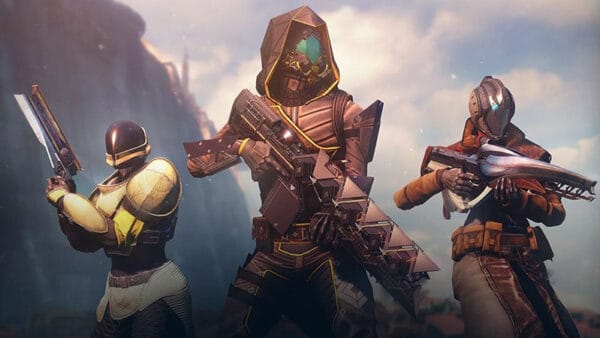 Carrying on, Destiny 2 is another shooter that injects a heavy dose of both sci-fi and fantasy into its weapon customization system.

Just about every gun in the game comes with multiple configurations that impact fire rate, effective range, damage output, and reload speed.

What’s more, these components can be further enhanced via weapon mods that provide additional perks at the cost of rare in-game materials. 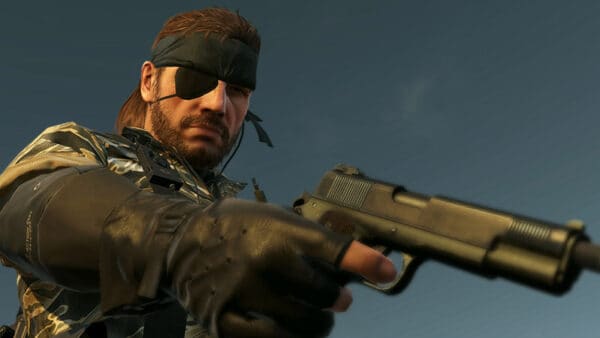 Leveraging the Fox Engine’s cutting-edge technology, MGSV: The Phantom Pain provides players with one of the best stealth sandbox experiences to date.

Part of that can be attributed to the game’s flexible weapon customization that opens up the number of viable tactical approaches considerably.

Starting with a base weapon, players can go through and adjust several components, equipping various attachments until they’re fully satisfied with its performance. 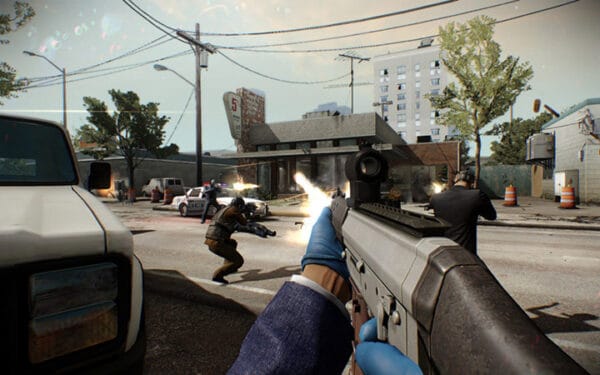 Admittingly long in the tooth by today’s standards, Payday 2 is still a solid first-person shooter that blends heist gameplay with cooperative multiplayer.

Add to this one of the most detailed weapon customization systems we’ve ever seen and you end up with the perfect title for crafting the perfect firearm.

Options range from applying custom skins to swapping out barrels, grips, and magazines, to equipping handy gadgets for all your bank-robbing needs. 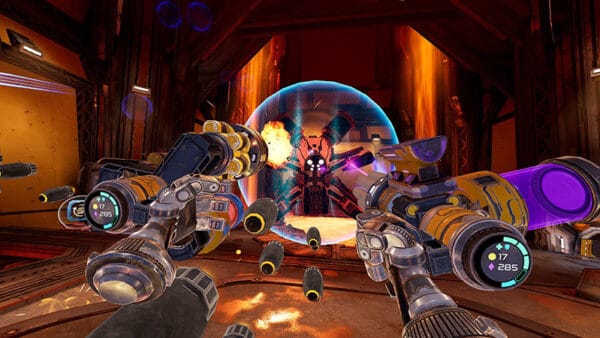 This list wouldn’t be complete without including the game with arguably the largest library of gun customization options in gaming history.

Of course, we’re talking about none other than Mothergunship, a bullet-hell FPS with action-driven combat and roguelike progression.

The entire premise of this game is to construct highly-personalized firearms using a modular gun-crafting system that will bring your wildest weapon fantasies to life. 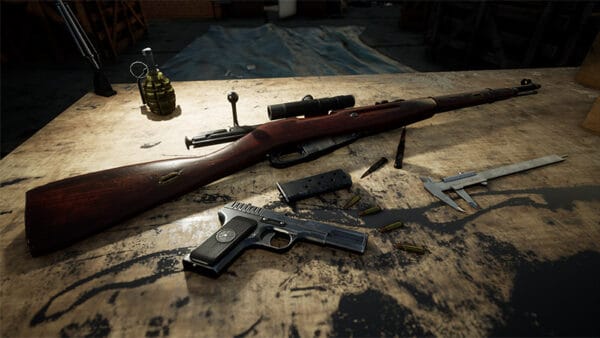 Into the Radius VR

Exclusive to VR, Into the Radius is a single-player survival shooter that tasks you with navigating a brutal and unforgiving dystopian landscape.

Throughout your journey, you can expect to encounter dangerous anomalies and otherworldly creatures looking for their next meal in the crumbling remains of industrial facilities.

To defend yourself, the game includes a wide selection of both classic and modern firearms that offer robust customization with an emphasis on realism. 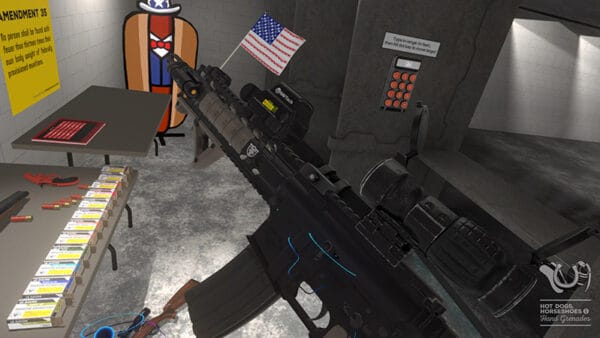 To conclude our list of games with the best weapon customization, we’re highlighting another VR-exclusive title that comes critically acclaimed.

This close attention to detail extends to the game’s weapon customization, with nearly 500 guns and 250 attachments available to mix and match until you find the perfect loadout. 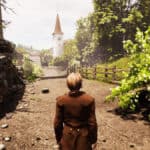