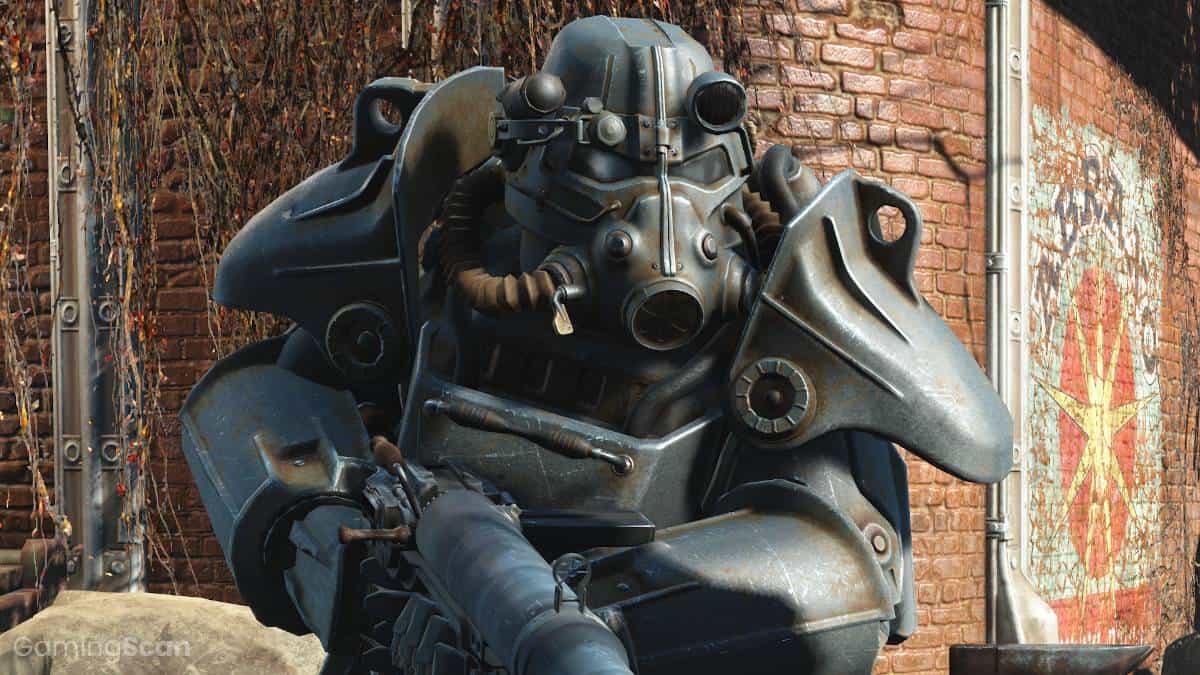 While mods are a great way to extend a game’s replay value, tweak its graphics, or add a bunch of cool new features, they can also be used to dream up bizarre content the developers would never think to put in the game.

If you’re searching for the best Fallout 4 mods in 2023, you’ve got your work cut out for you. Ever since Bethesda rolled out mod support in 2016, the community has been out in full force, and nowadays, there’s a mod for pretty much anything you can imagine.

Here, we’ll be highlighting the essential Fallout 4 mods to breathe new life into the now five-year-old RPG and make the game run better than ever. Every mod on this list is available for download through either Nexus or Bethesda Mods. If you’re on PC, we recommend installing the Fallout 4 Script Extender ahead of time to make the process of installing and removing complex mods a lot easier down the road. 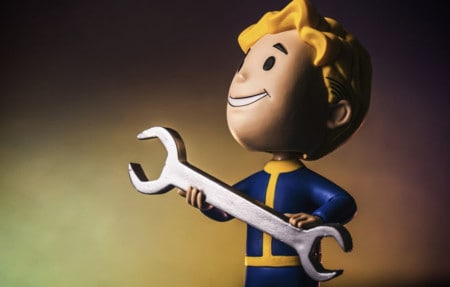 Let’s just say Bethesda has a less than stellar reputation when it comes to squashing bugs before the release of a new game or even afterward, for that matter. Thankfully, the Fallout 4 community has taken it upon themselves to help address a majority of the lingering issues in the game’s code.

The Unofficial Fallout 4 Patch is designed to remedy just about every issue that hasn’t been dealt with through official patches. Sure, it’s not the coolest mod to include on a list, but you’ll be glad you took the time to install it in the long run. 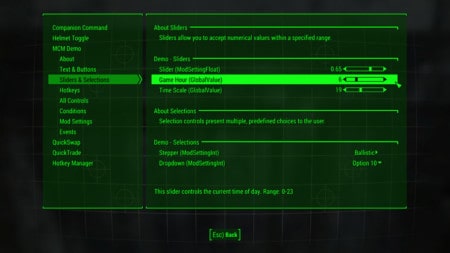 Before we get to the really exciting stuff, we have just one more recommendation that focuses on some virtual housekeeping. The Mod Configuration Menu allows you to keep track of every mod you’ve installed and provides a central hub where you can mess around with the settings of each one.

It can be pulled up from the pause menu and allows you to make adjustments using various sliders, buttons, and checkboxes associated with each mod. Again, nothing to write home about, but definitely a must-have if you plan on going all-in on modding. 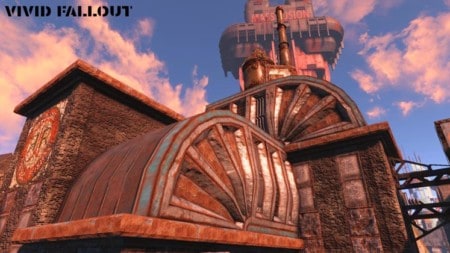 With our bases covered, we can start diving into the more fun mods. The first area you may want to turn to is Fallout 4‘s graphics, which have already begun to show their age in 2023. To make the game feel a lot closer to a next-gen title, we recommend installing Vivid Fallout, a collection of texture mods created by one person.

It’s intended to enhance the texture quality of landscape features such as foliage, rocks, roads, bridges, buildings, and more. The most notable difference is a bump in contrast intensity, however, the overall quality is leaps and bounds above vanilla Fallout 4. 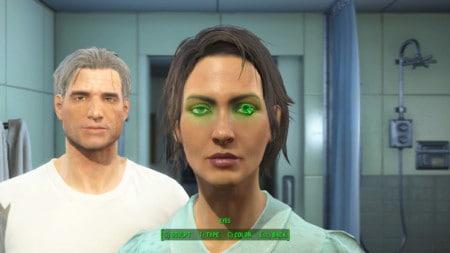 Anyone who’s played Fallout 4 will remember the opening sequence where you’re able to change your character’s gender, features, and overall appearance by merely looking in a mirror. While the game does give you the option to make modifications by visiting a plastic surgeon later on, you’ll have to pay for any new changes.

By installing the Looks Mirror mod, you can reclaim some of that freedom and switch up your character’s appearance whenever you want. The only downside is it has to be placed in one of your settlements before it can be used. 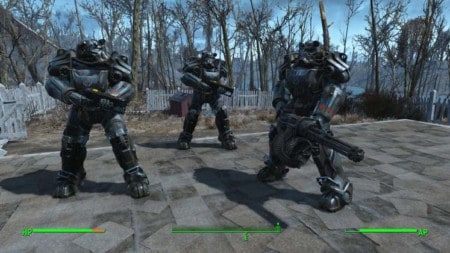 When things go inevitably wrong, don’t you wish you had more than just your companions backing you up? With the Fireteam Support and Supply mod, factions become a lot more useful by offering to join you in battle at a moment’s notice.

This mod makes it so you can call in different NPCs and request their assistance wherever you are. It lets you decide whether you want to spawn a single ally or an entire squad of Brotherhood of Steel or Minutemen Troops. If you’re feeling really bold, you can even summon a Deathclaw to fight by your side. 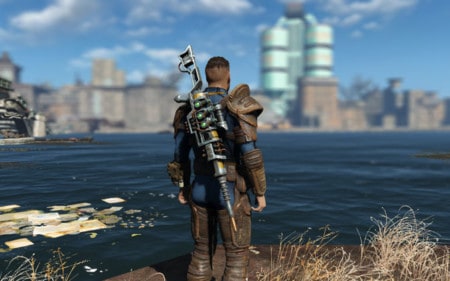 There’s no denying that the wasteland is a dangerous place to be caught with or without a weapon. However, there will come a time when you start to feel annoyed by the ever-present muzzle of your gun that obstructs the camera in first-person. Sure, you could always unequip your weapon until you need it, but that’d just be setting yourself up for failure.

Instead, we recommend using one of two mods that serve a similar purpose. The first is Lowered Weapons, which, you guessed it, lowers your weapon when it’s not being fired. The other option is the Classic Holstered Weapons System, which lets you visibly see weapons on your character while holstered. Since it functions on an engine-level, you’ll also be able to see what heat NPCs are packing. 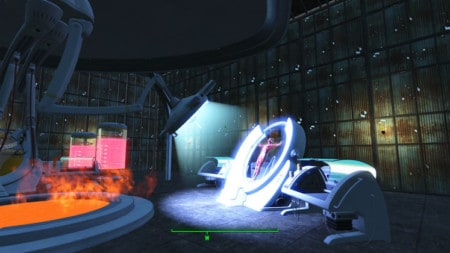 Grow Your Own Settlers

If you’re tired of relying on radio beacons to attract NPCs to your settlement, this mod introduces a feature so clever, we’re surprised Bethesda didn’t think to include it themselves. The Workshop Synth Production mod allows you to create your very own synths from the comfort and safety of your settlements.

Once it’s installed, simply equip the handy body scanner, aim it at your NPC of choice, and save their biometric data to one of many slots. Back at your settlement, you can request the production machine to start making a synth in the same NPCs likeness. These synths won’t be hostile and are just as effective as any random settler you would recruit. 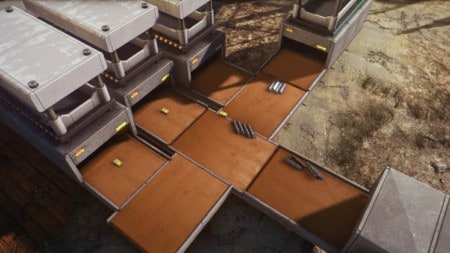 While the Contraptions DLC broadened the manufacturing potential of settlements in Fallout 4, it didn’t quite go as far as fans thought it should have. The Manufacturing Extended mod aims to take things much further than Bethesda intended, adding even more new machines as well as modifying existing ones.

New additions include a component extractor, a melee weapon forge, a distillery, and a mill for storing all your explosives, just to name a few. These upgraded machines can seamlessly take junk from your inventory and use it to create all sorts of items ranging from weapons and armor to robots and even the occasional beverage for cooling off after a hard day’s work. 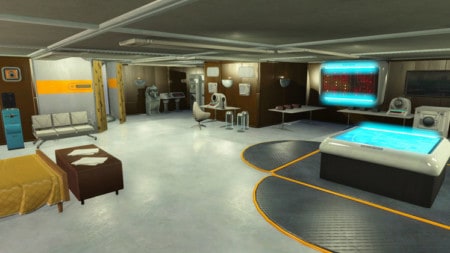 Give Settlements A Makeover

If you’re sick of Fallout 4‘s default furnishings, then it may be time to step up your game and install the Homemaker mod, which adds over 1000 new items to the game’s crafting system. Included is a variety of new chairs, beds, showers, crates, fences, crops, lights, and more.

This mod also introduces a few new build sets and prefab structures to take your settlements to help give settlements an extra shot of flavor. Lastly, it reorganizes many of Fallout 4‘s item categories to make it easier to find what you’re looking for. 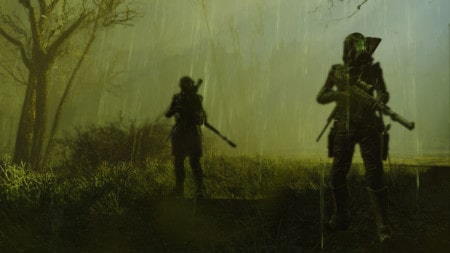 Although we’d argue Fallout 4 already features a pretty impressive dynamic weather system, players may find themselves craving even more atmospheric vistas while strolling through the wasteland. The True Storms mod takes the vanilla game’s rainstorms and turns them into monstrous downpours.

With this mod, you get a bunch of new weather types such as radiated rain, massive dust storms, and dense fog, along with their respective visual and sound effects. Anyone who’s used the Skyrim variant of this mod will know just how immersive it can make a sprawling open-world like Fallout 4‘s feel. 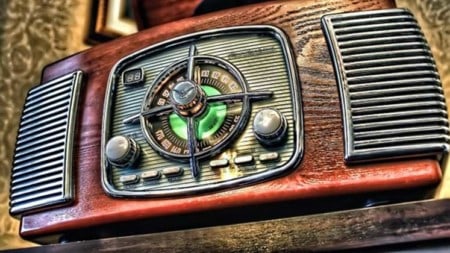 One of the best parts of playing a Fallout game is cruising around listening to some old-timey music. And while Fallout 4‘s soundtrack certainly isn’t unimpressive by any means, it could stand to feature a bit more variety when it comes to song and station selection.

If you want to expand your musical horizons, we recommend installing the More Where That Came From mod, which adds 111 new thematically appropriate tracks to Diamond City Radio. Your other option is the highly ambitious Atomic Radio, which functions as a station from the pre-war era that plays old commercials, plays, and tracks from before the bombs fell. 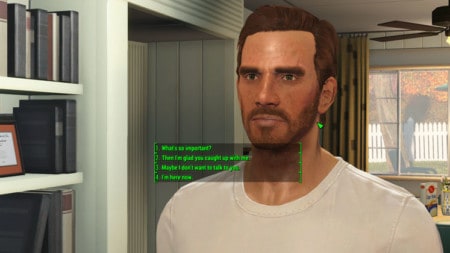 One of our biggest gripes with Fallout 4 is its obtuse dialogue system, which does a terrible job of describing what each dialogue selection really means. Thankfully, fans have found a workaround; replace the default dialogue UI with a more traditional one.

With the Full Dialogue Interface mod installed, you’ll be able to see plain and clear what your character is about to say instead of trying to guess. It’s compatible with both gamepad and keyboard and even includes a host of options for customizing how dialogue gets displayed. 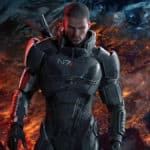