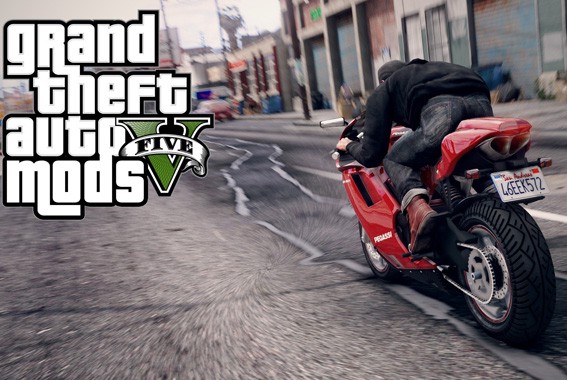 Originally released way back in 2013, Grand Theft Auto 5 has gone on to become one of the most successful and mod-friendly games on PC, with modders constantly finding new ways to enhance (and completely break) Rockstar’s creation.

Just do a quick search of GTA 5 mods online, and you’ll be rewarded with a seemingly endless amount of options that range from tweaking the game’s visuals to flooding the streets of Los Santos with a giant tsunami.

With so many options available for PC players to enhance their virtual life of crime, we thought we’d highlight some of the best mods that make GTA 5 feel more realistic, add more content, and a few that are simply too ridiculous not to mention. 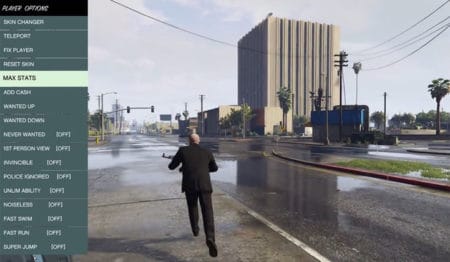 If you want to make the process of modding GTA 5 a lot easier, you’re going first to want to explore Script Hook V, a mod that allows you to use custom scripts to alter the game’s code. This gives you direct control over things like how much cash you have, how fast your character runs, as well as being able to teleport or spawn any vehicle in the game.

Bear in mind this mod isn’t compatible with GTA Online for obvious reasons, so it’ll automatically disable whenever you switch over to multiplayer. However, having this one installed will provide a great foundation for any other mods you choose to add later on. 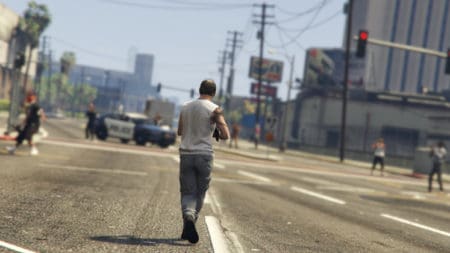 Although vanilla GTA is already pretty chaotic, there’s always room to turn things up a few notches. Instead of just running around Los Santos killing unsuspecting civilians with a rocket launcher, why not give them a fighting chance?  The Pedestrian Riot/Chaos Mode mod allows you to do just that.

Pedestrians will now riot in the streets, shooting at anything that moves, driving recklessly, and generally just cause mayhem anywhere you go. You can modify which weapon types are allowed and how many civilians are rioting at any given time, but be warned, your game will crash if you set the amount too high. Other than that, enjoy living out your wildest Hunger Games fantasies. 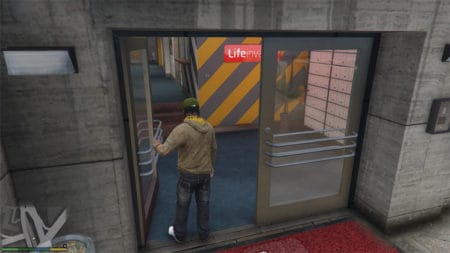 At one point, every player has wanted to explore an area they weren’t allowed into, whether due to the game’s design or not having reached a certain part of the story. The Open All Interiors mod makes that a thing of the past, granting you access to the interior of just about every location in the game.

After installing, you’ll see locations you can enter are now marked on your map, making it easier to keep track of places you’ve already explored. Aside from adding fully functional doors, elevators, and pedestrians, this mod even includes interiors that were cut from the final game. 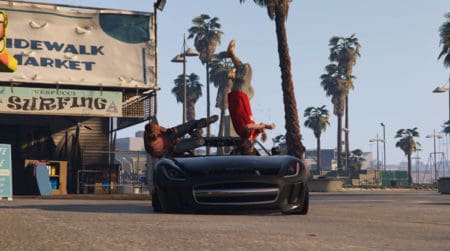 A gripe many players have with vanilla GTA 5 is how unrealistic many of its systems feel. Therefore, some modders have dedicated a lot of their time to fine-tuning various parts of the GTA experience, including the game’s ragdoll physics.

With the Euphoria Ragdoll Overhaul mod, you’ll spot a noticeable change in how characters’ bodies react to things like getting shot, punched, or run over.

This leads to a more immersive role-playing experience as landing headshots now cause targets to immediately drop to the ground and NPCs will try and cover their heads whenever a nearby explosion occurs. 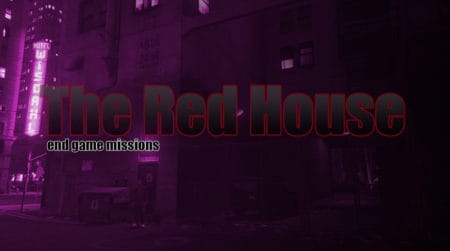 Even though completing GTA 5’s main story runs for about 30 hours, players may find themselves wanting a bit more content to chew on beyond Rockstar North’s original campaign.

That’s where The Red House mod comes in hand, adding 20+ new missions and one heist to the base game along with bodyguards that will fight for you.

There are a handful of different mission types, such as Assassination Contracts, Mob Cleaning, and Protection. This mod also contains The Blue House update which slapped on additional stealth-based missions that will undoubtedly spice up your GTA experience. 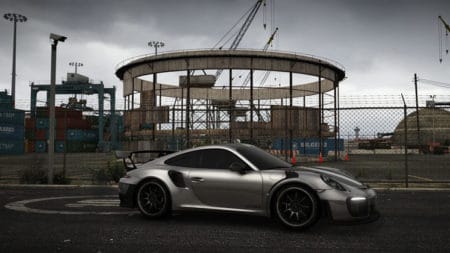 One of modders’ favorite things to do is tweak a game’s visuals, whether that means making things look more pretty or a like a living nightmare. The NaturalVision mod overhauls GTA 5’s visuals, making numerous changes to environmental weather effects, lighting, ambient colors, tone-mapping, weapon systems, higher-quality textures, and even more.

This is all in an effort to further blur the line between fantasy and reality while playing the game. Assuming your PC can handle it, installing at least one mod that improves graphics can instantly make an old game feel completely new again. 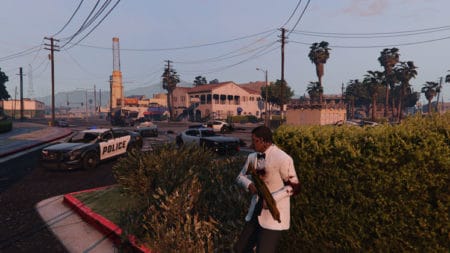 Another issue that’s been present through the series is how unrealistic police monitoring and response times feel. Shooting a random civilian only to have the crime instantly reported and police show up within a matter of seconds breaks the illusion of what it’d be like to actually commit these crimes.

The Crime and Police Rebalance mod changes that, requiring witnesses to report any crimes you commit before police will show up. Meaning you could very well stealth your way out of situations by eliminating civilians before they’re able to call the cops.

This mod also includes a number of changes to AI behavior to make shootouts feel more realistic and reduces the amount of time required to lose cops who are following you. 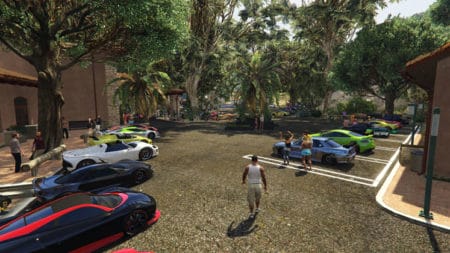 This mod is for those looking to escape the hurdles of reality and get right to the good stuff. Sure, some of the six safe houses included with vanilla GTA 5 aren’t too shabby, like Michael’s Mansion; however, we think you deserve only the very best.

The Marlowe Valley Safehouse mod turns the in-game location into your personal playground, adding three helipads, one medium-sized runway, enough garages, and parking areas to store more than 50 cars, an interactive apartment, a tuning garage, a military bunker, a garden, and a collection of pre-saved vehicles you can drive. It’s about time your life of crime finally paid off. 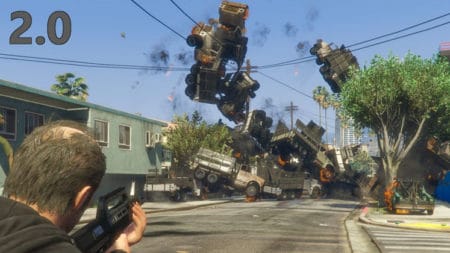 Sometimes modders are willing to answer the tough questions many of us simply can’t, such as “what would it look like if you were to replace bullets with cars?” Thanks to the Vehicle Cannon mod, we now know.

This is probably one of the most straight-forward mods on this list and uses a simple F-11 toggle to activate the Vehicle Cannon. Once turned on, any gun you fire will send a stream of vehicles flying across the map, causing way more damage than a simple bullet. 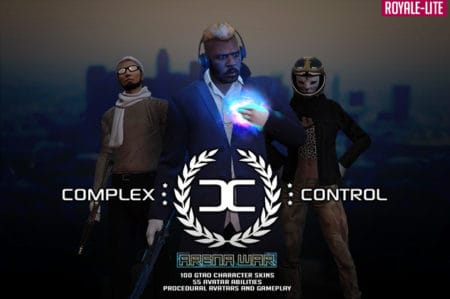 Turn GTA into a Battle Royale

This mod is perfect for those looking to increase the challenge of playing GTA 5 while also making it more rewarding. The Complex Control mod completely overhauls vanilla GTA 5’s gameplay and has you spawning as random, procedurally-generated avatars that have the ability to teleport along with three other randomized skills that vary between runs.

You spawn at randomized locations throughout the world with the aim of being able to stand in pre-determined zones for at least four seconds.

However, it won’t be easy as enemies also spawn and are actively looking to kill you. This mod is strictly for single-player GTA 5 and not compatible with GTA Online. 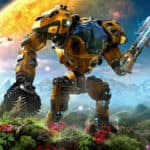