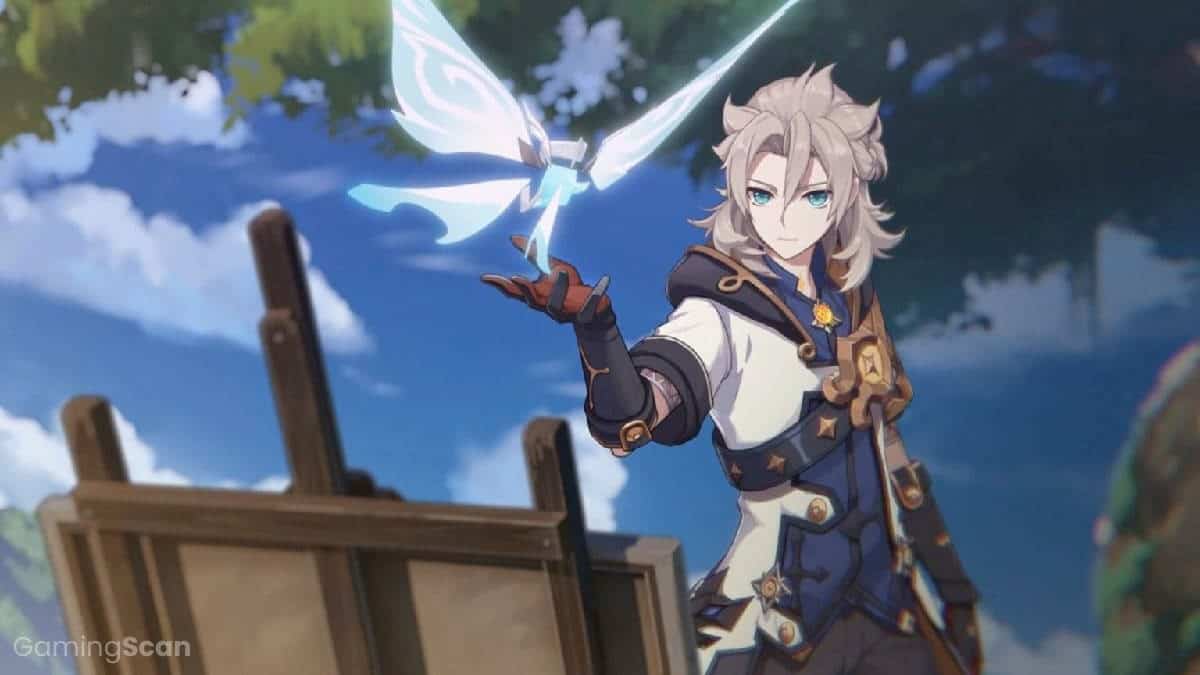 Albedo is a Geo off-field DPS support. While he can be used in virtually any team, he is most commonly played in double Geo comps. This is not without reason, as only such a team comp allows him to shine to his fullest.

In this Albedo build guide, we’ll mainly focus on his Elemental Skill DMG, as this constitutes his largest and most consistent DMG contribution to any team. In addition to this, we’ll cover his constellations, weapons, artifacts, and teammates that complement his play style, and ultimately decide on whether or not he is a character worth pulling for.

Albedo’s kit is a bit wonky. His Skill scales off his DEF, while his Burst scales off of ATK. Furthermore, he buffs Elemental Mastery, but effectively has no way to utilize this buff himself. While this has prevented him from ever becoming a meta character, many players still swear by him, thanks to how huge the DMG of his Elemental Skill is and how F2P his most optimal build is.

We’ll cover this optimal build—weapons, artifact sets, and teammates included—in this guide, but first, let’s take a look at how good Albedo’s constellations are.

Albedo’s constellations are kind of horrible. His C2 is a game-changer in many ways, but it’s not essential. Yes, it gives extra DMG and extends some of the DEF scaling onto his Burst, but this won’t miraculously turn him into a meta character. Even at C0, Albedo can perform very well. Aside from C2, the only constellation worth much is C6. Our advice is to just ignore his constellations entirely.

Once you’ve equipped him with the proper weapon, the way to derive the most DMG from Albedo is simple—just give him a DEF Sands, a Geo DMG Goblet, and a CRIT Rate/CRIT DMG Logos.

In terms of substats, all you care about is CRIT Rate, CRIT DMG, DEF%, and possibly Energy Recharge. Aim for a 1:2 CRIT Rate to CRIT DMG ratio.

As far as set bonuses go, nothing even comes close to the 4-Piece Husk of Opulent Dreams with max stacks. And considering you can build stacks while off-field, this shouldn’t ever be a problem.

A close second is a combination of 2-Piece Husk of Opulent Dreams and 2-Piece Archaic Petra. This will get you a baseline DMG that’s slightly higher than the 4-Piece Husk without any stacks.

Another option is the 4-Piece Archaic Petra set bonus. This will significantly reduce Albedo’s own DMG potential, but it will more than make up for it by buffing the DMG of your main Elemental DPS character.

Unless you’ve got a C6 Albedo or are running a 4-piece Archaic Petra set, you don’t need to worry about Elemental synergies. None of them are good, and none of them are bad. Whatever you use will effectively work the same.

In fact, the only Element we suggest running alongside Albedo is another instance of Geo.

Since Geo doesn’t have any meaningful Elemental Reactions, and the crux of this team is the double Geo line-up of Albedo and Ningguang, the best thing you can do is passively increase their DMG by teaming them up with two Pyro characters for that delicious Pyro Resonance.

Ningguang is used as the active DPS character in this team. So long as you complement her Geo-centric playstyle (raw stats over Elemental Reactions) you’ll be able to do some incredible DMG with her. Ningguang is one of the best 4* main DPS characters in the game, and she only gets better with constellations. A C6 Ningguang’s Burst DMG Potential can easily outscale that of some 5* characters. If you have to replace her with anyone, Noelle seems like the best bet. Noelle is also a beast at C6, but the only issue is that she’s kind of mediocre until she gets to that point. Nevertheless, she is serviceable.

Bennett and Xiangling are a powerful dynamic due that can carry many teams into the highest floors of the Spiral Abyss. That said, if you don’t have them, literally any other characters will do. It’s best if they have strong off-field potential—like Fisckl or Xingqiu—to allow Ningguang the highest active uptime, but this isn’t a requirement. Even the second Geo isn’t a necessity. You can slot Albedo into any team and he’ll do great. This is just our recommendation for a seriously powerful F2P team.

The Albedo and Zhongli double Geo support pairing is strong enough to support any line-up. However, it works best with teams that don’t mind the effectively inert nature of Geo as an Element, which is exactly what you get when you add in Xiao and Jean.

Xiao does insane DMG. If you have a C4 Albedo, he does even more DMG, but this isn’t a requirement; it’s more of a cherry on top.

Jean provides healing, some crowd control, and also unlocks the Anemo Resonance, which grants various perks, including a reduction in Elemental Skill Cooldown. If you’re using Harbinger of Dawn on Albedo, it’s essential that you get a healer who can heal off-field characters, such as Jean.

Is Albedo Worth It?

Albedo is a solid character, but he kind of has a low impact. Sure, we put him in A-Tier on our Character Tier List, and we stand by this placement—he’s strong, but he’s just not game-changing. If you’ve got Zhongli, then you can pair the two to make any hypercarry’s life easier. Without Zhongli, though, his value deflates a bit.

This doesn’t mean he’s not worth pulling for, due to one reason, and that’s his incredibly F2P-friendly build. Most other characters need not only a 5* weapon to do their best, but their very own limited weapon banner 5* weapon. Take Ayaka, for example. Without Mistsplitter Reforged, she’ll still be good, but she won’t be anywhere near as powerful as she would be with this weapon.

With Albedo, on the other hand, you know that you’re not losing out on any DMG by refusing to fall for the scam that is the limited weapon banner. Just give him his desired 4* or even a 3* weapon and he’ll operate at 100%. This isn’t something you can say for most other characters.

In the end, it all comes down to preference. If you like his playstyle, F2P friendly build, or just his character in general, know that you won’t regret pulling for Albedo, as you’ll always be able to find a home for him in any team. But if none of this strikes your fancy, there’s no need to fear that you’ll be missing out on anything if you don’t pull for him. 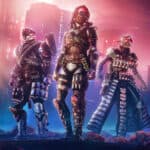