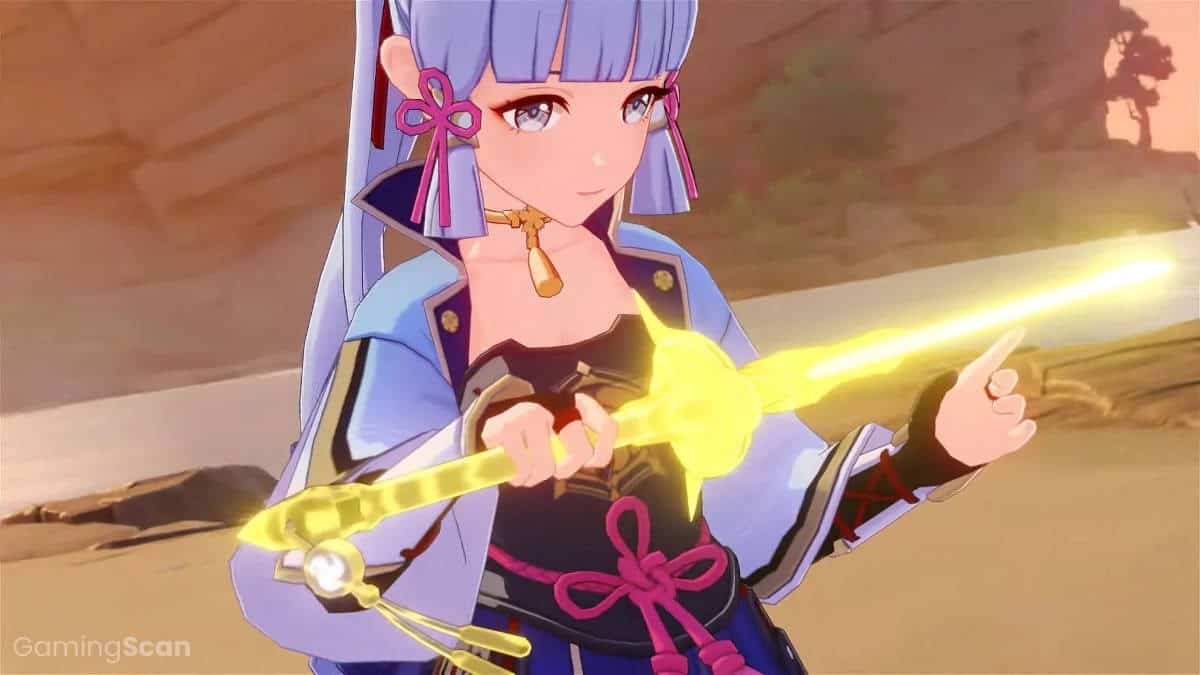 Ayaka is a Cryo Sword DPS that relies on a Cryo Elemental Infusion to convert all her Normal and Charged Attacks from Physical DMG into Cryo DMG.

Despite having such an easily accessible Normal Attack infusion, the part of her kit that’s much more utilized is her Elemental Burst, which has the potential to inflict a metric ton of DMG to enemies unlucky enough to be stuck in its path for the entire duration. Because her damage isn’t split between Cryo and Physical, as is the case with most other Cryo characters, Ayaka has the potential to be one of the strongest damage dealers in the entire game.

To realize this potential, however, you’ll need to build her properly and utilize her kit optimally. This is done though:

In this Ayaka build guide, we’ll covering everything you need to know to optimize her DMG, starting with the talents.

With her passive talents going all-in on DMG, Ayaka is easily one of the best DPS units in the entire game. Ganyu can still outdamage her in a vacuum, but in practice, Ganyu’s squishiness and the time needed to charge her Charged Shots makes her an unreliable source of DMG.

Meanwhile, the DMG Ayaka provides is comparably high but much more reliable. Being tied to her Burst, her DMG output isn’t as consistent as Ganyu‘s, but this is nothing that a solid team can’t fix. We’ll go over just which teams work best for Ayaka in a second, but before that, let’s take a look at whether or not her constellations are worth pursuing.

All of Ayaka’s constellations improve her overall DMG. C2, C3, and C4 is arguably the most important ones, all significantly boosting her Burst DMG output.

But Ayaka isn’t lacking in the damage department. So please don’t be tempted by her constellations unless you’re a whale to whom money is of no concern whatsoever.

Even then, C4 seems like a great stopping point, even for those who don’t mind the exorbitant price of 5* constellations.

Just remember that none of these constellations offer more value than a brand new 5* character at C0. This is especially true for newer players who don’t have a solid roster of 5* characters.

Sure, Ayaka ranks in the S-Tier in our Genshin Impact Tier List, but there are many other 5* character keeping her company. Each one of them is infinitely more valuable than any one of Ayaka’s constellations.

When running Ayaka as a main DPS, you should focus on obtaining artifacts with the following main stats:

As far as artifact set bonuses go, Ayaka shines the most with a 4-Piece Blizzard Strayer set bonus. This will give her extra Cryo DMG in addition to increasing her CRIT Rate by a significant amount.

Against Frozen enemies and with the Cryo Resonance enabled, Ayaka will have 60% CRIT Rate without receiving any additional CRIT Rate from her weapon and artifacts! This is why we’ve mentioned having more than 100% CRIT Rate is a real concern for Ayaka when using certain weapons.

The best way to ensure Ayaka’s Burst sticks to enemies is by Freezing them, so this set bonus already plays into her strengths. Normally, we’d say that substats and more important than set bonuses, but the 4-piece Blizzard Strayer set bonus is so good that this sentiment does not apply here.

So long as you’ve got the right main stats, it’s worth giving her this 4-piece set bonus even with lousy artifact substats.

Although Ayaka is powerful enough on her own that she can work well in any team, some Elements simply synergize better with her than others.

The Elements that work best with her are:

This doesn’t mean that Geo and Electro characters don’t pair well with Ayaka. For example, Zhongli is an amazing Support in Ayaka teams for players who have trouble dodging with her Alternate Sprint. But he’s great because he’s Zhongli, rather than because he’s Geo.

Ayaka is the team’s main DPS, using the entirety of her kit to both deal DMG and apply Cryo to enemies.

Xingqiu is used to Freeze enemies that Ayaka applies Cryo to. On top of that, his Elemental Burst isn’t used only for utility. It deals a fair amount of Hydro DMG as well. Barbara and Mona can work as replacements, but they’re nowhere near as effective as Xingqiu is at applying Cryo off-field. So if you don’t have Xingqiu, maybe it’s best to try running the other F2P team we’ve prepared.

Sucrose is used to cluster enemies together, as well as to reduce their Cryo Resistance by a huge amount. As a Catalyst user, you can also give her the Thrilling Tales of the Dragonslayer weapon to hugely buff Ayaka’s ATK. If you don’t have Sucrose, any Anemo character will do. If you don’t have Diona and are therefore missing a healer, we highly recommend Sayu and Jean.

Diona is her to round out the team with her shielding and healing utility. Furthermore, she can also generate a ton of Cryo Energy, which Ayaka needs to maintain good uptime on her 80 Energy Burst. Last but not least, as the second Cryo character, she ensures access to the Cryo Resonance. Cryo Resonance is so good in this team that it’s worth running any Cryo character to get. So, if you don’t have Diona, consider using Rosaria, Kaeya, Chongyun, or even Qiqi.

Ayaka is the main DPS of the team, cycling through her abilities and performing Cryo-infused Normal and Charged Attacks to create as many Melt Reactions as possible.

Rosaria is the team’s off-field Cryo DPS. Cryo Resonance isn’t as great in this team, but it still adds a lot of value. You can use any Cryo character instead, but we prefer Rosaria for her off-field DMG and the ability to give the team even more CRIT Rate.

Bennett is the best ATK buffer in the entire game. While he doesn’t do much DMG on his own, he well make sure that the rest of the team excels at what they do.

The Ganyu/Venti/Mona tri-core is arguably the strongest team in the game, and Ayaka can slot into it quite nicely. If you feel like keeping Ayaka on the field longer, just run Ganyu as a Burst support. The only downside here is that Ayaka is the only non-essential part of this line-up. Regardless, if you’re looking to optimize your Ayaka experience, it doesn’t get any better than this.

Mona applies Hydro to enemies and increases the DMG they take. If you feel that this team is missing a healer, you can either replace Mona with Kokomi or replace Ganyu with Diona.

Ganyu keeps enemies frozen with her Burst. In this line-up, she’s the better on-field attacker than Ayaka.

Venti keeps the enemies in place with his Burst, setting up Ayaka’s Burst for maximum impact. Slap on a 4-piece Viridescent Venerer set bonus, and he’ll also massively increase the amount of Cryo DMG enemies take.

Is Ayaka Worth It?

In terms of her damage dealing capabilities, Ayaka is definitely worth it. She’s held her place in the S-Tier in our Tier List ever since her release.

However, Alternate Sprint is a mechanic that can make or break a character. It’s not an inherently bad feature, but it is different, and some players will bench her just because they don’t want to deal with it.

Therefore, we urge you to try her out first. So long as her banner is running, you will be able to use Ayaka’s Test Run. Do this multiple times, and instead of focusing on doing DMG, try using the Alternate Sprint as much as possible to see how you feel about it, especially for dodging.

If you find that this mechanic works for you, you’ll love using Ayaka. If not, don’t worry – if there’s one thing this game doesn’t lack it’s a wealth of amazing 5* characters. 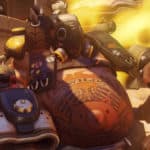