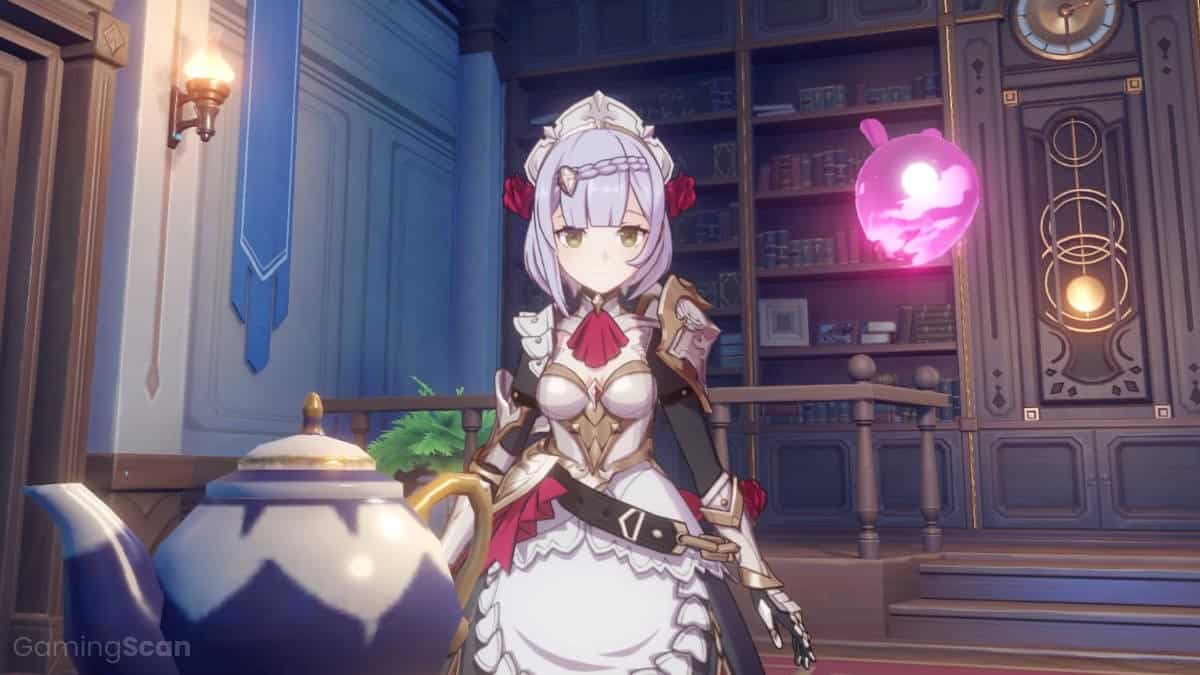 Noelle is a 4* Geo Claymore user who can shield, heal, and deal DMG.

It sounds too good to be true, especially since all players are guaranteed to get Noelle as one of their first free characters.

Granted, there is a downside. The downside is that, in order to be effective at healing and dealing DMG, she has to be the main DPS.

But that’s not much of a downside considering Noelle has to potential to rival many top-tier 5* characters in terms of DMG output.

You need to do everything right to make her this effective, which includes:

In this Noelle build guide, we’ll show you how to do all of this so that you can turn Noelle into the ultimate coping mechanism for losing the 50/50 on 5* DPS character banners.

The reason Noelle has the potential to be so ridiculously powerful for a 4* DPS is simple—she scales with DEF.

Why is DEF scaling so good for DMG you ask?

The reason is simple—ATK is basically locked behind a paywall.

You can see this with characters. Most 5* DPS characters have over 300 base ATK at lvl 90, but the highest base ATK a 4* character has is 249—and that’s just one character, most hover around 220 ATK.

You can see this with weapons as well, where—save for a few exceptions—you won’t find 4* weapons with base ATK over 565 at level 90, but 5* weapons can have upwards of 741 base ATK at this level.

Getting a 5* DPS character and their preferred weapon something most players will have a hard time doing in a gacha game like Genshin Impact.

But you don’t need a deep wallet to reach Noelle’s DEF-based DMG ceiling.

Noelle’s constellations are a mixed bag.

Technically, there isn’t a single bad constellation among them—all add value either by increasing her DMG, her healing, or her tankiness in meaningful ways.

But the two constellations that add DMG—C5 and C6—are the last ones you obtain.

And all the other constellations get infinitely better after obtaining C6.

So, if you want to turn Noelle into one of the best DMG dealers in Genshin Impact, go for C6.

Otherwise, you can just ignore her constellations or only try to get her C1 to make her a better healer.

To clarify, she can still function as a decent DPS unit without C6, but she needs constellations in order to compete with 5* DPS characters.

The 4-piece Husk of Opulent Dreams artifact set bonus provides the two things Noelle needs to deal more DMG—DEF and Geo DMG Bonus. Up to 24% DEF and 24% Geo DMG, to be precise, on top of the guaranteed 30% DEF bonus granted by the 2-piece bonus.

Now, to get maximum value on the set bonus, you need to jump through some hoops. Namely, keep Noelle off the field for at least 12 seconds. Then, as soon as you swap her in, cast her Burst.

This ritual is necessary because Noelle’s Burst snapshots, meaning the game takes one look at her stats at the moment she casts her Burst and just assumes they’ll stay the same throughout its duration. Even if her stats change midway through her Burst, this won’t affect her DMG. The one way she can build stacks on the artifact set while on the field is after casting her Burst, rendering the stacks useless. So it’s best to build them off-field and use her Burst right away.

This only applies to the beginning of a fight. If you’ve got the Energy to cast her Burst as soon as it comes off cooldown, all you need to do to ensure you maintain these stacks is whack enemies four times with the Burst active.

If this sounds too complicated, you can just use the 4-piece Retracing Bolide. Its DMG ceiling is lower, but not by much.

In any case, here are the main stats you should aim for when leveling artifacts for Noelle:

As for substats, you should aim for:

DEF% main stats and substats are normally considered junk on most characters, so the game hands them out more readily. This is to say, you shouldn’t have as much trouble finding artifacts for Noelle as for most other characters.

Noelle is the main DPS in this team, as well as its healer and shielder. While Noelle’s healing isn’t massive, she’s so tanky with all the DEF stats that she doesn’t need much healing at all, even when attacks do break her shield.

Ningguang is the sub-DPS in this team. Not only does her Elemental Burst provide a ton of extra Geo DMG, but her Elemental Skill can also increase the Geo DMG Bonus for both herself and Noelle. What’s more, she can generate quite a bit of Geo Energy for Noelle, which the latter sorely needs. Finally, as the second Geo unit in the team, Ningguang will ensure access to the Geo Resonance, further boosting both her and Noelle’s DMG. If you don’t have Ningguang, you can use Geo Traveler or any other sub-DPS. Our top recommendation is Beidou because she synergizes so well with Fischl.

Gorou is the team’s Support, adding extra DEF and Geo DMG to all other characters—Noelle benefits from both and Ningguang still benefits from the latter part. Plus, with Gorou, you’ll have the Geo Resonance unlocked even if you don’t use Ningguang. If you don’t have Gorou, it’s best to use Yun Jin. ATK buffers like Bennett and Saraaren’t recommended, since Noelle’s base ATK is relatively low, and that’s the stat that these two Supports multiply with their buffs.

Fischl is the perfect character to round out this team. You could replace her with Yun Jin to have a truly mono Geo team, but in Genshin Impact, mono usually refers to having three characters of a single Element and one support with a different Element that synergizes well with them. What’s great about Fischl is that her passive talent will result in extra DMG even when Electro Crystalize Reactions proc. That being said, you could use any sub-DPS, like Xiangling, Rosaria, Kayea, or Xingqiu.

Noelle doesn’t care if she’s in a F2P team or a fully decked out whale team—she acts identically in both situations.

Zhongli is here mostly for his Geo Resistance shredding aura, crowd control, and Burst DMG, but having shielding redundancy is also nice due to how long the cooldown is on Noelle’s shield. We suggest giving him a Favonius Lance to help battery Noelle. Plus, with the Geo Resonance, he and all other Geo characters will deal significantly more DMG.

Albedo is yet another Geo sub-DPS, requiring very little on-field presence to deal devastating DMG. Better yet, Albedo generates a lot of Energy for Noelle, helping her maintain consistent uptime on her Burst.

Gorou is the team buffer. Both Noelle and Albedo benefit from his DEF buff, with Zhongli only benefiting from the Geo DMG part of the buff. The more constellations Gorou has, the better.

Is Noelle Worth It?

Most free characters in Genshin Impact are underwhelming, with or without constellations.

Noelle is only underwhelming without constellations—as evidenced by her low placement in our Genshin Impact Tier List. But if you’re willing to get her to C6, she’ll easily become an A-Tier DPS—a powerhouse worthy of building a whole team around.

In that sense, Noelle is definitely worth it, especially for F2P players who want to make sure they’ll be able to tackle the game’s most difficult content.

But while she can certainly do DMG, you also have to consider how her playstyle will sit with you and your preferences.

Noelle’s playstyle is best described by the phrase tank and spank. She’s durable to the point of invincibility but complements this with a slow and steady flow of DMG, rather than a torrential outburst favored by most other characters.

Do note that we’re not saying her playstyle is boring. There are certainly players who enjoy whittling away their enemies’ HP bit by bit with one unkillable character.

But if you’re someone who prefers to swap between multiple characters and navigate a more involved rotation of abilities, then Noelle may not be worth it for you. 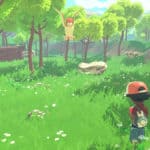