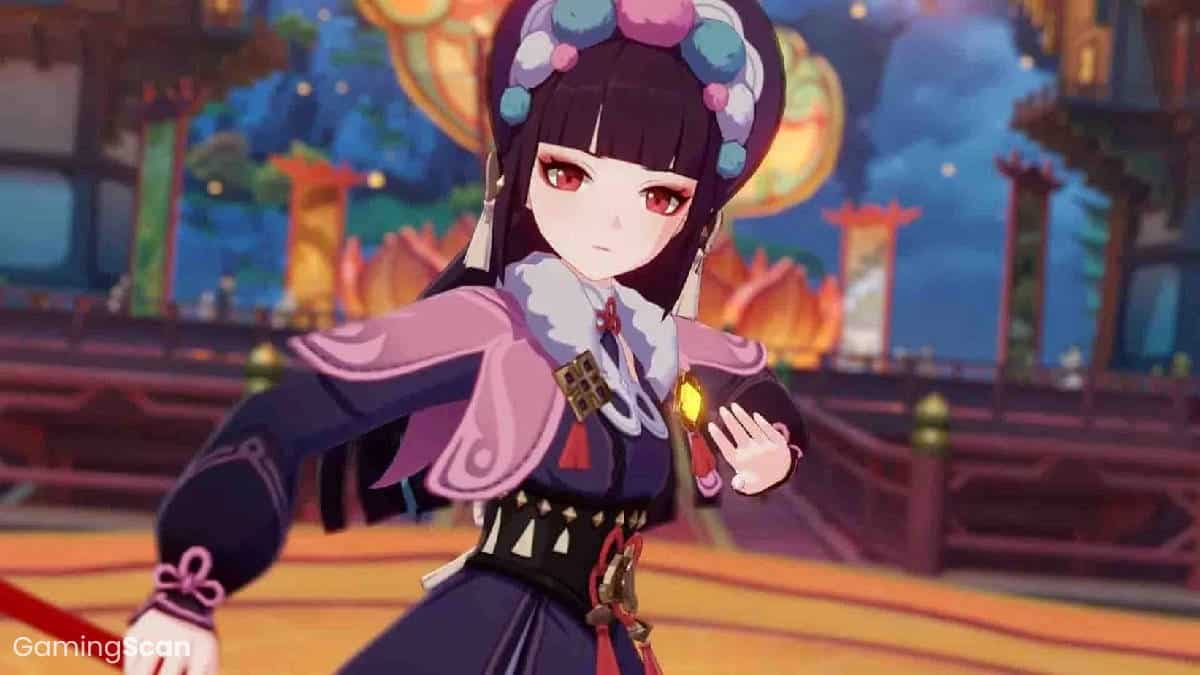 Yun Jin is a DEF-scaling Geo Polearm support who focuses on buffing all party members’ Normal Attack DMG. This makes her a dedicated support, much like Gorou, Kujou Sara, and Shenhe, only instead of buffing a certain Element, she buffs a certain type of DMG. And much like Gorou and Shenhe, she is amazing at what she does. In other words, the DMG increase provided by Jin Yin will be instantly noticeable.

That being said, she offers nothing outside her Normal Attack buffing capabilities. So players looking for a generalist support they can slot into many teams may not wish to invest in her.

In any case, to reap the biggest benefits from Yun Jin’s kit, you will have to build her correctly. This means prioritizing the right talents, equipping her with the right weapon and artifacts, and teaming her up with the right characters. Her constellations can also help her out a bunch. In this guide, we’ll go over all of this info to help you build the most optimized Yun Jin.

Overall, Yun Jin is a fun and versatile character. The buff provided by her Elemental Burst grants a huge DMG increase to characters with low or medium scaling on their Normal Attacks. In other words, if there’s a character who’s mediocre at being a Normal Attack DPS but you wish you could play them as such, then Yun Jin’s the character you should turn to. The benefits are even more apparent if they’re fast attackers, like most Sword and Polearm users. So, if you’ve been dying to play a main DPS Normal Attack-oriented Qiqi, Albedo, Jean, Xiangling, or Thoma, you’re in luck.

Needless to say, Yun Jin is also an amazing support for characters who excel at Normal Attack DMG, such as Yoimiya, Eula, and Razor. But since their Normal Attacks are already so good, the benefits aren’t as amazing. The way we see it, this was brilliantly designed. Genshin Impact is an easy enough game. In other words, you don’t need to run meta team comps to beat most of its content, yet some characters were so weak at certain roles that you were still heavily discouraged from playing them in these roles. Giving players more freedom to express their imaginative character builds and play styles is an amazing thing, and Yun Jin enables this.

Yin Jin’s constellations are solid overall. Her C5 is bad, but since all characters have to her two constellations dedicated to buffing the talent levels of their Skill and Burst, this was unavoidable. C1 is also mediocre, but by no means bad. Constellations 2 through 4, on the other hand, are great, doubling down on her Normal Attack buffs in different but meaningful ways. All in all, there’s more good here than bad.

Her C6, while situational, allows her to buff a stat that is otherwise incredibly difficult to buff. This is in holding with her theme of allowing players to experience a plethora of fun and exciting play styles that aren’t necessarily meta or game-defining. For example, a C6 Yun Jin would be a great support for Razor, making his attacks stronger and, more importantly, even faster. Or imagine a C6 Yun Jin buffing the already speedy Normal Attacks of Xiangling who’s used to drive C6 Fischl’s Elemental Skill firing rate into overdrive. Neither of these teams are top-tier, but they’re fun and able to break the monotony of playing the same thing over and over again.

In terms of artifact set bonuses, 4-Piece Husk of Opulent Dreams fits Yun Jin like a glove. She needs DEF, and this set bonus provides it in spades. Furthermore, she wants to stay off-field most of the time, and this set rewards you for keeping her off-field. You could say that she doesn’t really care about the Geo DMG bonus all that much, but it’s not like an extra bit of DMG ever hurt anyone it wasn’t supposed to.

As far as main stats go, Yun Jin works best with the following—Energy Recharge on the Sands, DEF% on the Goblet, and DEF% on the Logos. You could also give her DEF% on the Sands, but only if this doesn’t prevent you from maintaining consistent uptime on Yun Jin’s Burst. Her best weapons and ascension stat already give her Energy Recharge, but unless you’re running another Geo character, you may still need the ER Sands, since her Burst costs a hefty 80 Energy.

Alternatively, Yun Jin can make great use of the 4-Piece Archaic Petra bonus to buff the Elemental DMG of your Elemental DPS characters. This will slightly decrease her Normal Attack buffing capabilities, but the massive 35% Elemental DMG buff Yun Jin will provide to your DPS characters will more than make up for this.

Unless you’re running her with the 4-piece Archaic Petra, Yun Jin doesn’t care which Element her teammates are. And even then, she doesn’t care so long as they aren’t Geo or Anemo, which can’t be buffed through this set bonus.

What’s much more important is how Yun Jin complements the kits of her teammates. So let’s take a look at some of Yun Jin’s best team compositions to see how she benefits them.

Razor is the main DPS. The wolf boy has been completely outclassed by Eula as a Physical DPS, but people forget that the DMG he does is impressive for a 4* unit. Razor is all about doing as much DMG with Normal Attacks, so Yun Jin’s kit seems like it was tailor-made for him. An alternative to Razor in this build would be Fischl, who can be built to spam Normal Attacks and is still Electro, so she fits well into this specific team composition. Though honestly, any character can work with Yin Jin, so long as they spam Normal Attacks.

Rosaria is here to ensure Razor has access to Superconduct to lower the Physical Resistance of enemies. We chose Rosaria specifically because she also buffs Razor’s CRIT Rate, and at higher constellations, she can further shred Physical Resistance of enemies. Once again, you can use any Cryo support except for Chongyun. Kaeya works exceptionally well, as does Qiqi—technically not a F2P character since she is a 5*, but many F2P players have her despite not wanting her, so we figured we’d give her a shout-out.

Diona is not here for her Cryo element, or even for the Cryo Resonance. She’s here just for her shielding and healing. Razor needs to be up close and personal with enemies. This means he’s open to attacks, which can make him flinch or knock him back. A shield takes care of these issues. To this end, you could also use Xinyan. While we don’t recommend running Pyro characters with Razor, Xinyan doesn’t apply Pyro that frequently, and her shield also increases Physical DMG.

Yoimiya is the Normal Attack DPS in this team. She can also greatly benefit from the 4-piece Archaic Petra set if you decide to equip Yun Jin with this. The set bonus buff lasts for 10 seconds, just like Yoimiya’s Pyro infusion. This way, Yun Jin can provide double the support to Yoimiya’s Normal Attacks.

Kazuha is also here to increase Yoimiya’s Pyro DMG, both by directly buffing the stat and by shredding enemies’ Pyro Resistance using the 4-piece Viridescent Venerer set bonus. If you want to play a more traditional Vaporize-oriented Yoimiya, feel free to replace Kazuha with Xingqiu.

Bennettis here to buff Yoimiya’s ATK, give her the Pyro Resonance, and battery her. Since Bennett buffs Yoimiya’s ATK and Yun Jin buffs her Normal Attack DMG (and potentially Pyro DMG), there is no overlap here and no diminishing returns which you’d get if they all buffed the same stat.

Is Yun Jin Worth It?

Whether or not Yun Jin is worth it greatly depends on what you seek to get from not only your characters but the game as a whole.

Some players want to optimize. They want to find the most powerful, most broken units and use them in the most synergistic ways. In other words, some plays are meta-driven. There is nothing wrong with this, but Yin Jin doesn’t provide a lot of value to such players. If you build her the way we’ve shown you in this guide, you can get even very powerful Normal Attackers like Yoimiya a hugeDMG increase. But unless you’re using Yoimiya, Normal Attacking is not the meta strategy.

Then there are other players, who don’t walk the trodden path but instead prefer to concoct their own teams based on preference and fun-factor. If you enjoy playing characters who rely on Normal Attacks or want to make underpowered characters more relevant, Yun Jin is definitely worth it. What’s more, she’s great at what she does. The extent to which Yun Jin boosts Normal Attacks is nothing to scoff at. The buff may be narrower in application than what Bennett offers, but it is no less potent.

In other words, Yun Jin is a dedicated support for Normal Attacking character, and she’s a great one at that. If this is the kind of playstyle you enjoy, then Yun Jin is not just worth it, but irreplaceable. 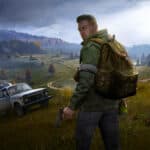