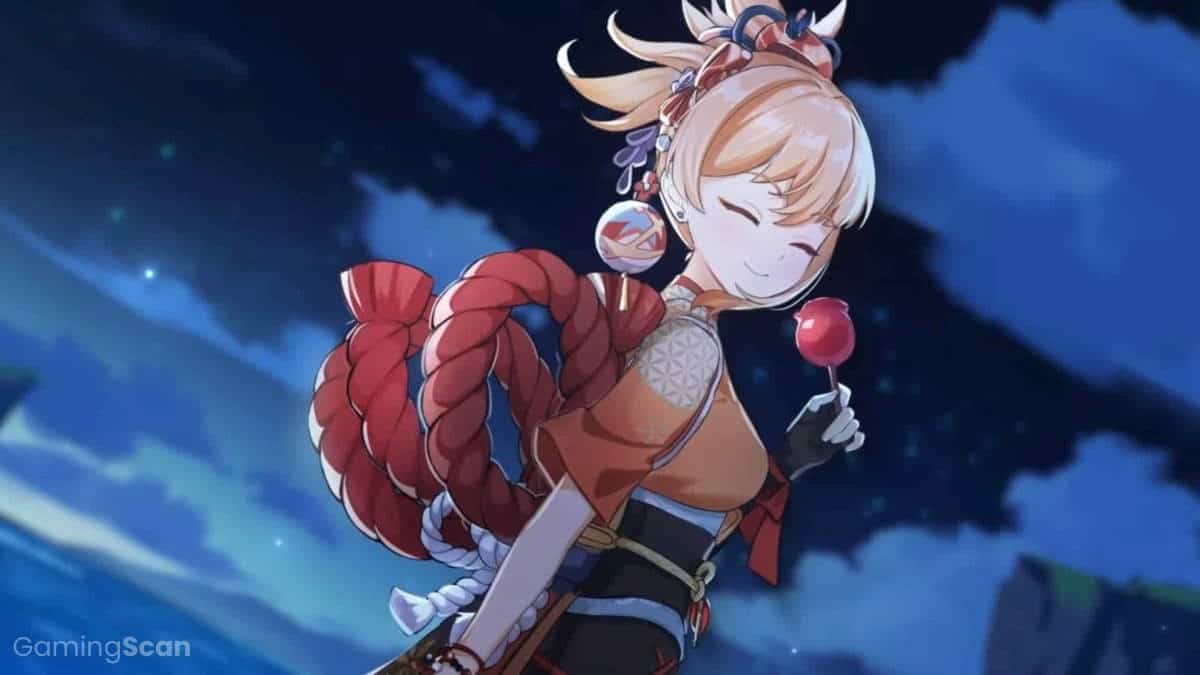 Yoimiya is a single-target Pyro DPS and the first Bow user capable of applying an elemental infusion to her Normal Attacks. All Bow users can effortlessly infuse their Charged Attack with their element, but being able to apply this buff to Normal Attacks opens up a whole new avenue of gameplay that is wholly unique to Yoimiya.

As a Pyro character, Yoimiya innately has the potential to do immense DMG, but much like Childe, she’s not a character that’s intended to hog the spotlight at all times. To get the most out of her, you would need to follow a set rotation that also leaves enough time for her teammates to shine.

In addition to elaborating on her rotation and ideal teammates, in this guide we’ll also tell you how to prioritize her talents, which weapons and artifacts work best on her, and even how much mileage you can get out of her constellations.

Unlike Ayaka, who’s all about dealing as much DMG on her own as is humanly possible, Yoimiya is more of a team player. The optimal play pattern here is evident – use her Skill, machine gun down the opponents while the Pyro infusion lasts, and then if any enemies are left standing use her Burst and switch to another character.

We’ll take a look at which weapons and teammates best complement this playstyle, but first, let’s see how her constellations affect her gameplay.

We hope Yoimiya’s C1 will get better with age, but at the moment it just doesn’t offer a consistent enough value to be worth it for F2P players or even low-spenders. That said, all her other constellations are great. C5 is underwhelming, but it’s not bad by any means – just not worth the price of a constellation unless you’re also going after C6.

Speaking of which, don’t forget that each constellation here could instead be a wholly new 5* character, and with how many Inazuma characters have been spoiled, we really don’t advise anyone who’s not a hardcore Yoimiya fan to go for her constellations.

To get the most out of Yoimiya as a main DPS, you’ll want to give her ATK% on the Sands, Pyro DMG on the Goblet, and CRIT DMG/CRIT Rate on the Logos.

As far as set bonuses go, Yoimiya is one of the few characters that can make use of the massive buff provided by the 4-Piece Blizzard Strayer set bonus. 15 Energy is a small price to pay for increasing your Normal Attack DMG by 50%, especially on a character whose Burst isn’t all that important.

There is some anti-synergy between this set and Hamayumi, but even then you would rather have this than anything else. Besides, you should be running Yoimiya with a Pyro battery anyway, since you do still want to cast her Burst as soon as your infusion wears off.

If you don’t have a solid 4-Piece Shimenawa’s to give her, you can still get a lot of mileage by running her with a 2-Piece Crimson Witch of Flames and 2-Piece Gladiator’s Finale/Shimenawa’s Reminiscence.

The thing that has kept Pyro characters so dominant since the game’s release is their access to some of the best Elemental Reactions in the game. There’s absolutely no Element that is counter-productive to Yoimiya’s playstyle, but there are some that are better than others. The top contenders are:

Your typical Pyro DPS unit loves nothing more than Hydro and Cryo teammates to exponentially multiply their DMG potential, but Yoimiya just doesn’t get as much use from them.

That leaves only one incompatible element with Geo:

Both Beidou and Fischl are 4* characters who have been given for free as Event Rewards, featured on multiple banners, and even offered through the Starglitter Exchange twice each, so we feel have no qualms putting them here. We will still provide you with some alternatives that can work almost as well in case you don’t have all of these characters.

Beidou is used to imbue Yoimiya with powerful AoE capabilities and as a melee DPS while Yoimiya is taking her rest.

Fischl is used as an Electro Battery for Beidou, to enable the Electro Resonance, and to apply Electro onto enemies while Beidou’s Burst is on cooldown.  If you happen to have a C6 Fischl, the fireworks will be even better. If you don’t have Fischl, you can use Electro Traveler to the same effect – electro battery and off-field single target Electro DMG.

Sucrose offers everything Yoimiya could want from an Anemo support. She can keep enemies clumped together, she can set up chain-reaction Overloads, and she can buff Yoimiya’s Pyro DMG with the 4-Piece Viridescent set. What’s more, she’s the best support to run in an Overload comp like this since Overload scales with Elemental Mastery and Sucrose gives loads of EM to the rest of the team. If you don’t have Sucrose, don’t replace her with Anemo Traveler. Just run Bennet instead.

The Bennet/Kazuha due is so strong it’s been used to clear the entire Spiral Abyss (without any other characters). Once again, we are relying on Beidou to make up for Yoimiya’s glaring lack of AoE, but as a whale, you should have a much easier time building her so that she can have her Burst ready off cooldown even without an Electro battery.

Bennet does whatever you need him to – heal, buff, generate Energy, unlock Pyro Resonance, etc. There’s a reason this 4* character is S-Tier and considered better than many 5* characters.

Kazuha spreads elements around, buffs up Elemental Mastery needed to empower Overload, and if you’ve got the 4-Piece Viridescent set on him, even buffs Yoimiya’s Pyro DMG.

Is Yoimiya Worth It?

Yoimiya is not an S-Tier character. And compared to other DPS characters, she’s not even A-Tier, due to how she requires another main DPS on the team while her Elemental Skill is on cooldown.

She is, however, one of the most fun characters to play and you can certainly get A-Tier value out of her if you invest highly into her. She makes Overload viable, which is a dream come true for many players. And she does decent enough damage with the right team composition. In a vacuum, she’s worth it for anyone who’s not a meta slave.

If you like her design and playstyle, get her! You can learn all about how you can get her here.

But Genshin Impact is a gacha game where you can’t expect to own all characters without spending some serious money on the game. The last time she was featured, her banner was nestled between Ayaka’s and Raiden Shogun’s banners. Compared to both of these characters, she unmistakably brings less value to the party.

According to our F2P Primogem calculations, you can only expect to get one 5* character every two patches if you’re a F2P player and you don’t get super lucky. Even low-spenders who may be able to squeeze in one 5* character every single patch would need to consider what the situation surrounding Yoimiya’s rerun looks like. 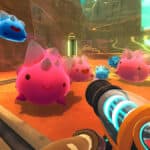