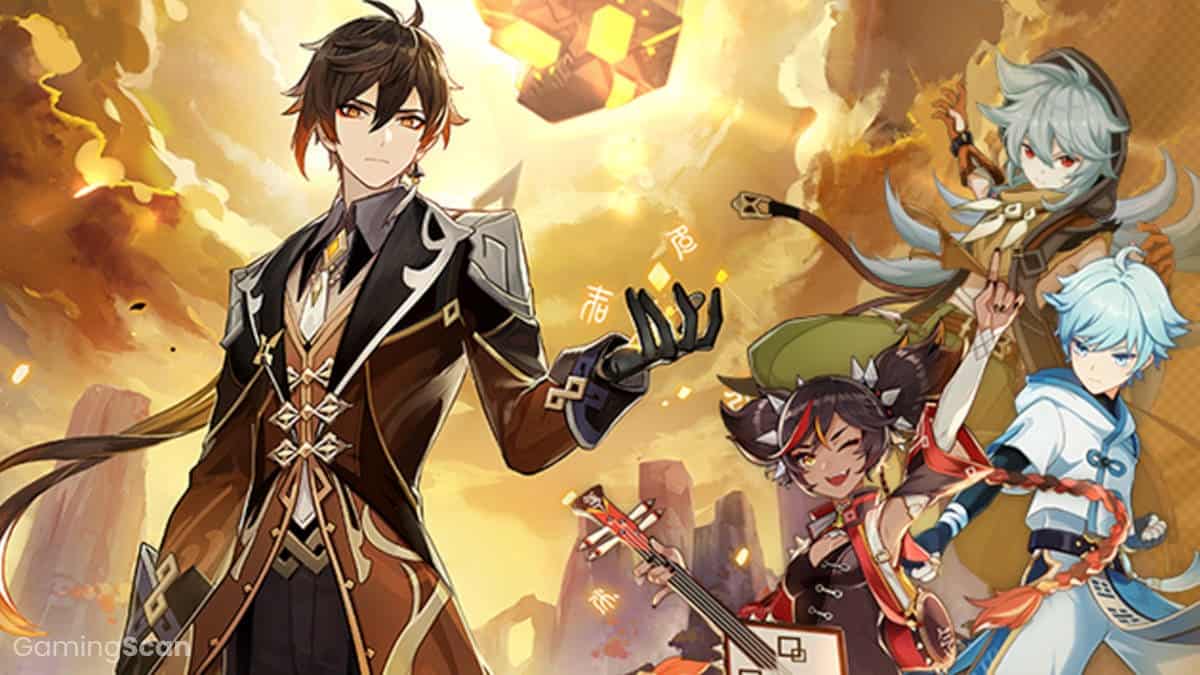 There’s a lot to love in Genshin Impact, from the combat, the music, the story, and so on, but most players value the characters above all else. Unfortunately, you can’t play with just any character in this game, only the ones you own.

So how can you own new characters?

Currently, there are three ways to obtain characters in Genshin Impact – you can receive them for free, purchase them from the Starglitter shop, or roll for them on one of the banners.

So getting the characters you want takes a bit of planning and some understanding of the game’s systems – all things we will explain in this guide.

As far as free characters go, every player will receive Amber, Lisa, Kaeya, Noelle (if they roll on the Beginner’s Wish Banner), Xiangling, and Barbara as they progress through the game. The addition of the main character – the Traveler – ensures that you have access to every element in the game and at least one character for every weapon type, with some overlap.

Furthermore, every second patch since the game’s release has featured a free 4* character as an event reward.

In 1.3 we got a 4* character of our choice among Xiangling, Xinyan, Beidou, Ningguang, Xinqui, and Chongyun. Getting the first six duplicates of characters makes them stronger, so that’s why Xiangling is here even though every player already has her.

Patches 1.2, 1.4, 1.6, and 2.1 gave us exclusive free 4* weapons which we could easily take to refinement 5. So it’s safe to expect that players will continue to get free 4* characters every other patch, with easily refineable exclusive 4* weapons in the patches between.

Every month there are two 4* characters available for purchase in the Starglitter Shop for 34 Starglitter each. There seems to be a set rotation for these characters.

Starting with the game’s release, the first six months saw these character pairings in the Starglitter Shop – Amber and Razor; Bennett and Lisa; Barbara and Kaeya; Fischl and Xiangling; Beidou and Noelle; Ningguang and Xinqui.

After Ningguang and Xinqui, the cycle restarts; it has happened twice already.

There are three Banners available at all times in Genshin Impact – the Limited Character Banner, the Limited Weapons Banner, and the Standard Banner. You use Wishes to try and get the characters and/or weapons you want on these banners.

Technically, there’s also the Beginner’s Wish Banner, but that one goes away after you’ve wished on it 20 times. It only serves to introduce players to the gacha system and to give them a guaranteed Noelle.

So if you want to get characters in Genshin Impact through the gacha system, you’re left with just the Limited Character Banner and the Standard Banner. But before we go any further, we need to explain the Pity System featured in these Banners.

The Banners are glorified slot machines. Every time you roll on them, you have a small chance of obtaining a 4* or 5* item.

The chances of getting a 4* character/weapon on the Standard Banner are 5.1%.

The chances of getting a 5* character/weapon on the Standard Banner are 0.6%.

The rates for the Limited Character Banner are the same, only there you can’t get a 5* weapon.

These rates are incredibly low, especially for 5* items. But the developers do want you to win eventually, so they installed a failsafe system into the banners – Pity.

The Pity System guarantees you will get a character/weapon of a certain rarity after you’ve failed to obtain it a set number of times. There are separate Pity counters for 4* and 5* items and also separate counters for the Standard Banner and the Limited Character Banner.

You are guaranteed to get a *4 item at least once every 10 pulls that you go without a 4* item. So if you roll 9 times without getting lucky, the 10th roll will be a guaranteed 4*. The 4* pity resets whenever you get a 4* item, regardless of whether that was on the 1st pull, the 10th pull, or anywhere in between.

When it comes to 5* items, it’s also good to know that there is such a thing as soft-pity. It takes 90 unfruitful rolls to get hard pity, i.e. a guaranteed 5* pull. But soft pitykicks in after 75 rolls. There are no guarantees with soft pity, but it does raise your chances significantly.

The characters featured in these banners all have a rate-up, meaning you are much more likely to receive them than some other characters. So if you’re after a particular character, the best way to get them is by waiting for them to be featured in one of these banners.

While it isn’t impossible to get a 4* weapon in this banner, it’s more unlikely as every 4* item has a 50% chance of being one of the three featured 4* characters. Getting a 5* weapon in a Limited Character Banner is impossible, making it the best place to spend your wishes if you’re only after characters.

There’s also a way to guarantee that you’ll get the 5* you want!

The first time you receive a 5* character on this banner, it has a 50% chance to be the featured character. If you lose the 50/50, you’ll instead get one of the 5* characters featured on the Standard Banner.

However, once you lose the 50/50, your next 5* will be the featured 5* without fail. The system then resets, making the next 5* roll a 50/50, and the one after that a guaranteed 5* pull if you’ve lost the 50/50. Just like the pity counter, this also transfers from one Limited Character Banner to the next.

So if you’ve been rolling on this banner for fun and you’ve lost the 50/50, you may want to hold off on any additional rolling until a banner comes along that features a character you really want.

The Standard Banner is a non-rotating banner that features a plethora of characters and weapons, both 4* and 5*. All new 4* characters make their way into the standard banner shortly after their initial featured Limited Character Banner run, but so far we haven’t got any new 5* characters or weapons added to it.

The Standard Banner also has a relatively unknown mechanism whereby it increases your chances of getting a 4* weapon after you get a 4* character and vice-versa. The same goes for 5* weapons and 5* characters. This doesn’t mean that you can’t string up 2 or even 3 consecutive characters or weapons of the same rarity, but mathematically speaking it’s less likely.

While we can appreciate how upfront miHoYo is about the mechanics of their gacha system, at the end of the day it is a form of gambling.

All developers want you to roll on their gacha systems, to buy their battle passes, to purchase their loot boxes, etc.

But the way different developers go about designing their games around these mechanics can vary. Many developers make it so that you need to rely on microtransactions to have any meaningful sense of progression in the game. That is to say, the content gets hard to the point where it can’t be done without microtransactions.

But Genshin Impact is a bit different.

MiHoYo balances its games around the free-to-play experience. Players and content creators have even put this to the test, attempting to clear the most difficult content in every patch – floors 9-12 of the Spiral Abyss – using only the characters that players get for free. And so far, they have managed to do so every patch with great results.

Keep in mind that F2P players will undoubtedly have some 5* characters or weapons as well as a plethora of other 4* characters if they’ve been playing the game long enough, so this challenge even has some artificially inflated difficulty.

Sure enough, whales will have an easier time doing any content. The difference in damage output between a non-spender and a full-on whale is massive! In some cases, it simply trivializes the content. But the developers always have non-spenders in mind while balancing the game difficulty.

Of course, they try to entice you to spend in different ways. They make their 5* characters more appealing, either visually, mechanically, or both. They may give them some fun and unique mechanics. But they don’t make them mandatory.

This isn’t to say all 5* characters are better than all 4* characters! Qiqi is notorious for being the worst 5* character in the game. She’s a great healer, but she offers nothing else. Compare this to the 4* Bennett, who can heal exceptionally well, buff up your team’s damage, and even set up elemental reactions with his Elemental Skill on a short cooldown.

Everyone uses Bennett, whereas Qiqi just collects dust on most accounts. And Bennet isn’t the only exceptional 4* character. You can find more characters just like him on our Tier List.

In any case, if you’re wondering whether you can get good mileage out of Genshin Impact as an entirely F2P player, the answer is yes. The Banner system can trigger gambling tendencies in people who are prone to them – that is something to be wary of. But if that’s not a problem, you can still have loads of fun without spending a dime on the game.

Regardless of whether you’re a F2P player, a low-spender, or even a whale, you’ll want to make sure you equip your characters with the best artifacts. To learn which artifacts go best with each character, check out this guide! 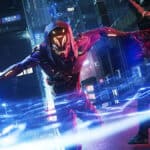