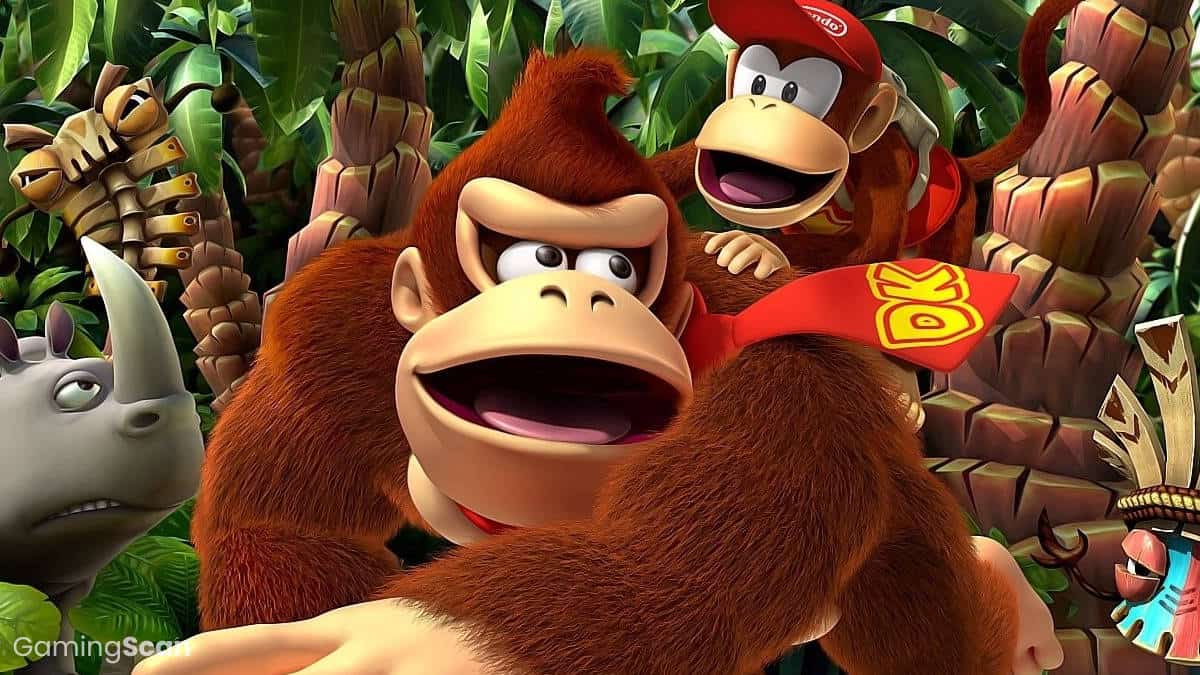 Aside from being one of the most beloved Nintendo mascots, Donkey Kong has a rich video game history spanning numerous arcade, console, and handheld releases.

And while the banana-loving ape is best known for 2D platformer adventures like Donkey Kong Country, that hasn’t always been the case.

Should Nintendo announce any new Donkey Kong games in the future, we’ll update this list to reflect the series’ release timeline, so make sure to check back! 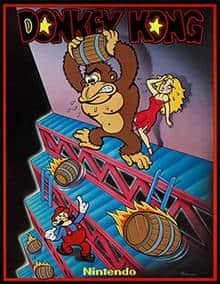 Donkey Kong made his debut in the now-iconic arcade platformer Donkey Kong, released for arcades in 1981 and later ported to various home consoles including the Famicom/NES.

It sees players taking on the role of Jumpman as he climbs a series of girders to rescue his girlfriend Pauline from her kidnapper Donkey Kong.

At the time of its release, Nintendo had just come off of a string of failures, so Donkey Kong’s success was seen as a huge win that helped kick off a new era for the company. 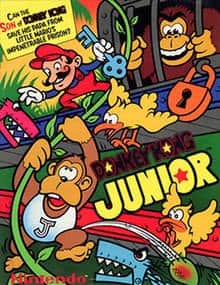 In the arcade platformer follow-up Donkey Kong Jr., players take on the role of Donkey Kong’s son as he sets out to rescue his father who’s captured by Mario.

The game is unique in that it’s the only Nintendo title to date to depict Mario as the main villain working in opposition of the player.

Much like the original, Donkey Kong Jr. was later ported to the Famicom/NES and other home consoles. 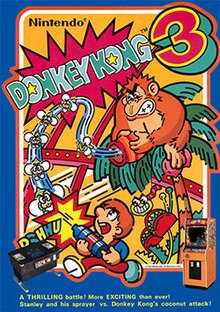 It would be a few years until Mario and DK faced off again, with Donkey Kong 3 introducing Stanley, a bug-man tasked with defeating DK after he breaks into a greenhouse.

The gameplay was also adjusted to reflect these changes, switching from platforming to shooting using Stanley’s bug spray to kill any insects DK let in.

These drastic changes to the formula didn’t go over too well with fans, resulting in less than stellar sales and ultimately one of the more forgettable adventures in the mascot’s past. 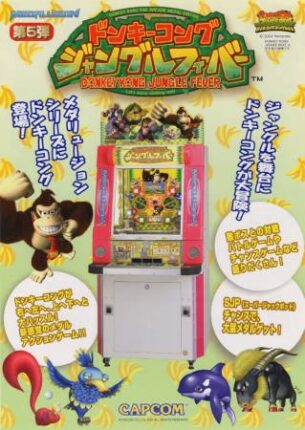 There wouldn’t be a new DK arcade game for another whopping twenty-two years when Nintendo contracted Capcom to develop and publish Donkey Kong: Jungle Fever.

Released exclusively in Japan, the game was a sequel to Donkey Kong: Jungle Beat for the GameCube, a 2.5D rhythm-based platformer that incorporated bongo controller peripherals.

Due to its limited release, little is known about Jungle Fever’s reception, though the idea of slapping bongos to the tune of Donkey Kong in public does sound appealing. 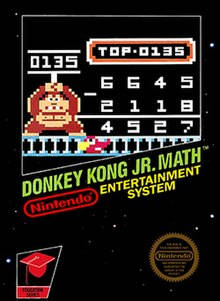 Another oddity in the series history, Donkey Kong Jr. Math was shipped as an educational NES title that saw the titular ape solving math problems to ‘win.’

It included both one-player and two-player modes, with one player taking on the role of Donkey Kong Jr. and the other a female version.

While the game performed relatively well in Japan, it was poorly received in North America and met with negative reviews from the press. 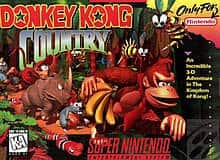 Donkey Kong Country is where DK started to come into his own, in large part due to developer Rare’s unique reimagining of the property and character.

The series was rebooted with a new story following the gorilla and his nephew Diddy as the pair set out to retrieve a cache of stolen bananas from King K. Rool and his Kremlings cohorts.

DKC ended up being a huge hit, selling over 500,000 cartridges in its first week and quickly becoming the top-selling SNES game of November 1994. 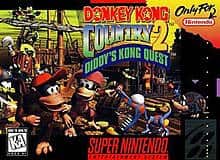 Hot off of the success of DK Country, Nintendo greenlit a direct sequel to be developed by Rare for the SNES the following year.

Much like the original, DKC2 received critical acclaim for its graphics, gameplay, and soundtrack, and was the second best-selling game of 1995 after Mortal Kombat 3. 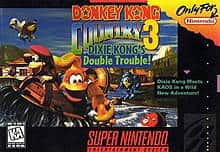 For the third DK Country installment, focus was shifted to Dixie Kong and her cousin Kiddy Kong as the two attempt to save Diddy and Donkey from an evil robot named KAOS.

While not all that surprising for game development, it was interesting to see Nintendo release DKC3 for the SNES rather than the N64, which had just come out at the time. 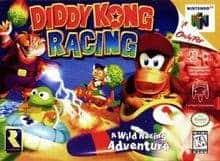 Instead, the first game to appear on the new console was Diddy Kong Racing, a 3D kart racer developed by Rare that starred the titular monkey and included cameos by Rare mascots Banjo and Conker.

The spin-off was met positively by critics and fans, went on to sell 4.8 million copies in its lifetime, and currently stands as the eighth best-selling N64 game of all time.

Although a sequel titled Donkey Kong Racing was in development for GameCube, it was eventually scrapped following Microsoft’s acquisition of Rare. 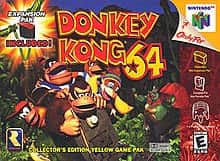 Donkey Kong made his first official appearance on the N64 in Donkey Kong 64, a 3D platformer in the same vein as Super Mario 64 that sees the gorilla rescuing his kidnapped friends from King K. Rool.

The inclusion of five different playable characters with unique abilities and weapons was a nice touch that added some variety to an already quality platformer.

As a result, DK 64 received critical acclaim with some minor grievances surrounding its collectible-heavy design, a common trait of many Rare-developed titles at the time.

We’ve chosen to group the Donkey Konga series simply for the fact that all three games feature similar rhythm-based gameplay with only different song selections.

Developed by Namco and published by Nintendo for the GameCube, the series sees players controlling Donkey Kong as he plays a set of bongo drums in tune with the beat of various songs.

Each entry features tracks from Super Mario, Legend of Zelda, and other Nintendo properties as well as covers of popular singles modified to be played with the DK Bongos peripheral or a standard controller. 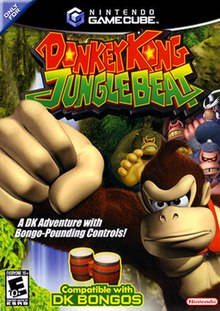 In it, DK sets out to defeat a series of evil kings and conquer the jungle across side-scrolling levels using combo-based interactions to collect fruit and climb vines.

The game was relatively well-received with some minor criticisms regarding its short length; Jungle Beat is the first console platformer since Country to not be developed by Rare. 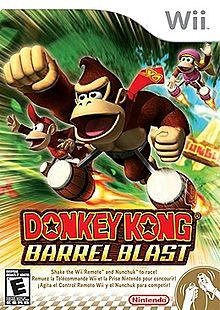 After releasing a string of games designed for the DK Bongos, Nintendo made the odd decision to release Donkey Kong Barrel Blast for the Wii without supporting the peripheral.

While this can be attributed to the game’s lengthy development cycle, with it originally planned to release on GameCube as Donkey Kong Bongo Blast, surely there was a better approach.

This ultimately resulted in Barrel Blast getting “blasted” with negative reviews citing dated graphics and the awkward Wii-mote and nunchuk control setup that replaced the Bongos. 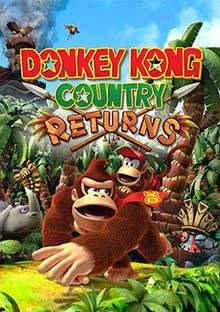 The story focuses on a tribe of evil Tiki-like creatures that travel to DK Island and use mind-control to get the locals to steal Donkey and Diddy’s stash of bananas. 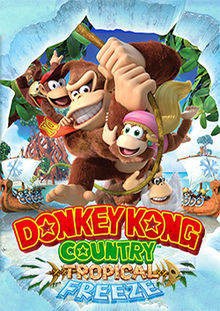 Four years later, a follow-up to DKCR was released for the Wii U and later the more popular Nintendo Switch in 2018.

Tropical Freeze sees the banana-loving ape facing off against a band of arctic-inspired villains with plans to turn his tropical paradise into an icy tundra.

It doubled down on what made DKCR so much fun while exploring new visual themes and additional control options, resulting in several gaming outlets giving it near-perfect review scores. 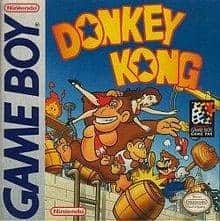 Donkey Kong is a remake of the arcade classic with extra features released exclusively for the Nintendo Game Boy in 1994.

The game includes a host of gameplay changes such as granting Jumpman (Mario) new attacks that couldn’t be achieved in the original.

This included a triple jump ability along with a handstand, backflip, and the ability to hang and spin on wires throughout each level. 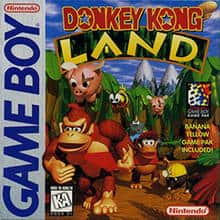 We’ve also chosen to group the Donkey Kong Land series simply because they all feature extremely similar gameplay modeled after each of the three DKC games.

The first DK Land is a modified version of DKC with new levels and was followed up by DK Land 2 (DKC2) and then DK Land 3 (DKC3).

As far as handheld releases go, the trilogy was a good attempt at adapting the platformer trilogy for handheld and generally well-received by critics and fans. 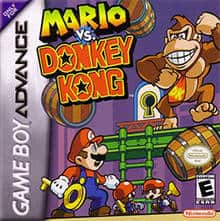 Mario vs. Donkey Kong is a spiritual successor to the original DK arcade games and was released for the GBA in 1994.

The concept of the game revolves around puzzle-platforming challenges in which Mario must find keys to reach a locked door and rescue various Mini Marios.

While not a true evolution of the franchise, it was a worthy spin-off that was well-received and spawned several sequels. 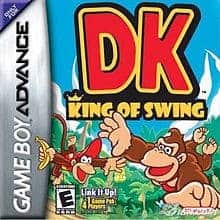 The next handheld entry in the series would be DK King of Swing, another puzzle-platforming style GBA game developed by Japanese developer Paon.

It diverges from the traditional DK gameplay by having characters rotate around pegs to progress through levels similar to the classic NES title Clu Clu Land.

King of Swing features both a single-player adventure mode as well as competitive multiplayer and was met with mixed reviews upon its release. 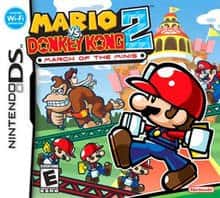 Mario vs. Donkey Kong 2: March of the Minis

Mario vs. Donkey Kong was followed up with March of the Minis, a similar 2D game with a greater emphasis on puzzle-orientated gameplay in which the player controls several Mini Marios.

It incorporated more elements from the classic DK arcade game, including an appearance from the original damsel in distress Pauline.

The sequel was met with favorable reviews and as of 2007, has sold over 1.2 million copies worldwide. 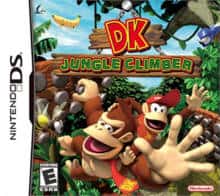 DK Jungle Climber is a sequel to King of Swing that was released exclusively for the Nintendo DS in 2007.

Much like the original, gameplay revolves around swinging between pegs to traverse vertically scrolling levels using Donkey and Diddy Kong.

The sequel adds new moves, items, and mini-games while utilizing the DS’s dual screens to give the illusion of sprawling environments.

The third entry in the Mario vs. Donkey Kong series, Minis March Again! leans even further into the puzzle-solving appeal of its predecessor.

Along with guiding Mini Marios, players are also introduced to miniature versions of Princess Peach, Toad, and Donkey Kong.

Minis March Again! is the first DSiWare title to feature a level editor that let player generate custom-made levels and share them online. 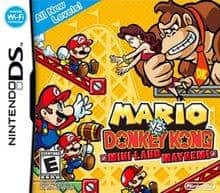 The next Mario vs. Donkey Kong game would be Mini-Land Mayhem!, in which Mario and Pauline are seen celebrating the opening of a new theme park when Donkey Kong shows up and kidnaps Pauline.

Mario sets out to rescue her with help from miniature wind-up Mini Marios by chasing DK around the park.

Mario and Donkey Kong: Minis on the Move

Despite a slight name change, Minis on the Move is still considered part of the Mario vs. Donkey Kong subseries due to its inclusion of the “Minis.”

Known as Mario & Donkey Kong: MiniMini Carnival in Japan, it features gameplay in which the player places blocks on a grid to generate pathways for Minis to follow.

The game was well-received, with many critics citing its level creator as being the most impressive aspect of the game. 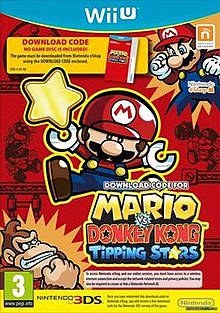 Seemingly the final entry in the Mario vs. Donkey Kong subseries, Tipping Star edges out Tropical Freeze by a year as the most recent DK game.

It was released as a cross-platform title for the Wii U and Nintendo 3DS handheld and features gameplay centered on guiding Mini Marios by drawing and connecting lines around obstacles.

Tipping Stars was met with mixed-to-positive reviews, with many admiring its degree of challenge and length while taking issue with its lack of innovation. 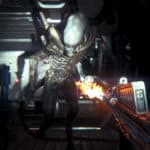