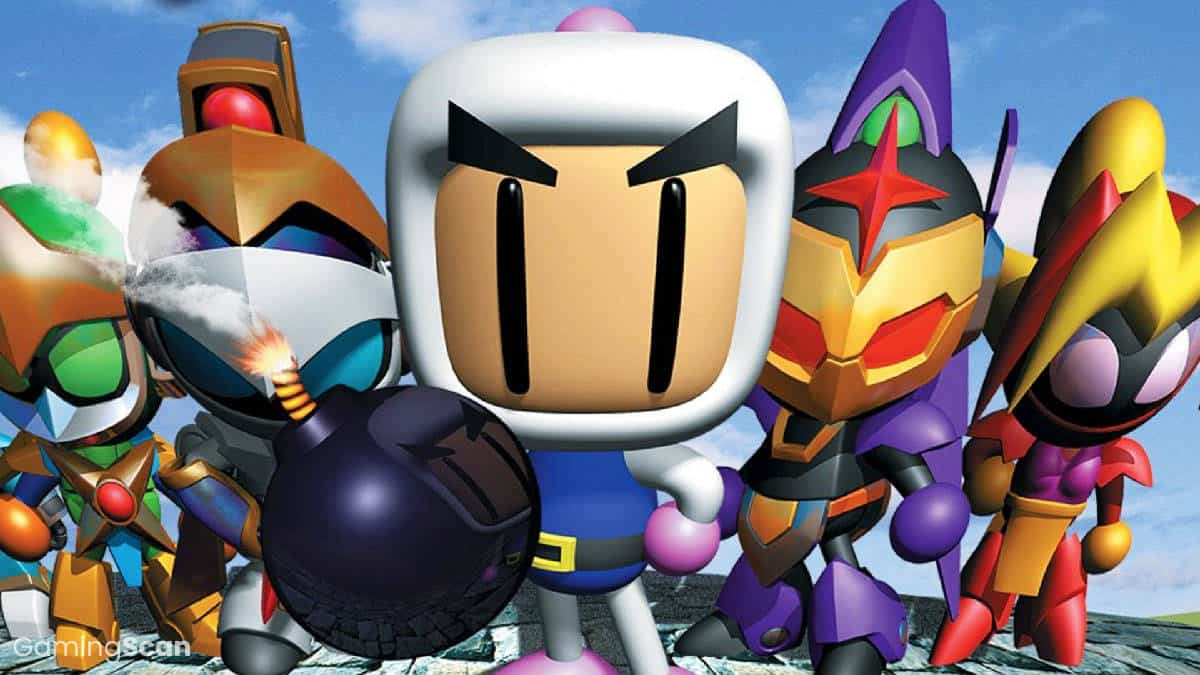 Not every video game is destined for greatness and at best may get a trilogy or spin-off before they’re gone for good…or until some hotshot executive decides it’s time for a remake/remaster.

However, there are also franchises that manage to stand the test of time and remain relevant across decades of shifting trends and hardware advancements.

We’ll be updating this list in the future with new titles, so make sure to check back and let us know if we missed any of your favorite franchises! 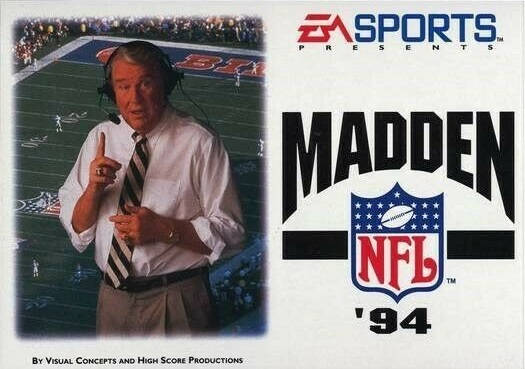 To get us started, we have the longest-running sports video game franchise, Madden NFL, which was originally released as John Madden Football for the Microsoft DOS.

Named after iconic Pro Football Hall of Fame coach and commentator, the series has sold more than 250 million copies across 40+ titles and over thirty years.

While Madden NFL is primarily known as a PC and console series, more recent installments and spin-offs have made their way to handheld and mobile devices. 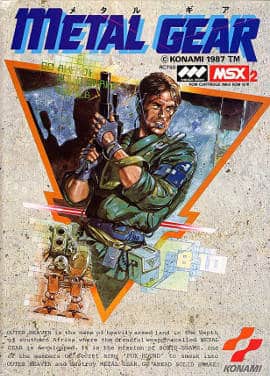 Metal Gear was originally released as a top-down shooter for the MSX2 computer but its gameplay has evolved throughout the years to now resemble a third-person action-adventure game.

The series is most recognized for its stealth-driven gameplay and extensive cut scenes and was initially exclusive to Japan until localized ports became available in Europe and North America during 1987-1990.

While there hasn’t been a new entry since Metal Gear Survive, released shortly after creator Hideo Kojima’s departure, fans are hopeful that Konami will revisit the franchise in the future. 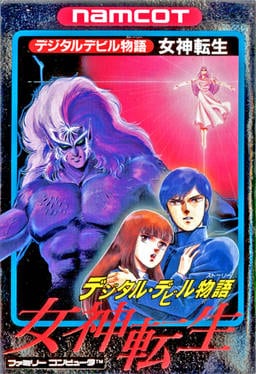 Created by Atlus, Megami Tensei has been around for thirty-four years and has seen over 50 different games release including spin-offs and remakes.

The series kicked off with Digital Devil Story: Megami Tensei, a JRPG based on a trilogy of science fantasy novels written by Japanese author Aya Nishitani.

In November 2021, the most recent entry, Shin Megami Tensei V, was released for the Nintendo Switch, marking the first new mainline game since SMT4 in 2013. 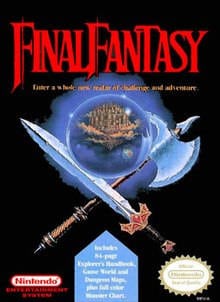 Final Fantasy has an extremely rich video game history that kicks off in December 1987 with the release of the first game by series creator Hironobu Sakaguchi.

At the time, Sakaguchi was convinced it would be the last video game he ever made but as luck would have it, Final Fantasy was a huge success that continues to spawn countless sequels and spin-offs.

The series is comprised of 15 mainline JRPG entries in addition to various subseries spanning fighting, strategy, and even racing game genres. 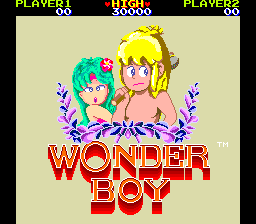 Although Sonic the Hedgehog may be the most recognizable Sega franchise, it’s far from the oldest, with Wonder Boy (also known as Monster World) taking home that title with thirty-five years and counting.

The original Wonder Boy was released in April 1986 for arcades before making its way to the Sega Master System where it would become a console staple.

Since then, Wonder Boy’s appearances have been quite limited, though a recent 2D platformer revival has ushered in a wave of remakes that includes Wonder Boy Returns, The Dragon’s Trap, and Asha in Monster World. 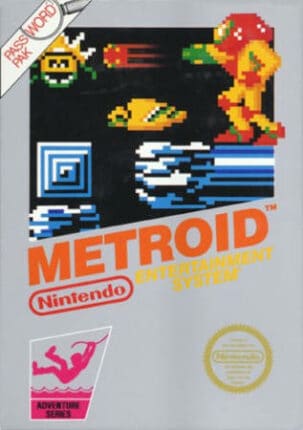 Considering Metroid is one of Nintendo’s earliest properties, it’s surprising to see how few and far between new entries in the series are released.

The original made its debut in 1986 and went on to establish a new genre of exploration-driven video games dubbed Metroidvania, alongside the Castlevania series.

Over the course of thirty-five years, Nintendo has put out 16 Metroid games across handheld and console, with the most recent being Metroid Dread. 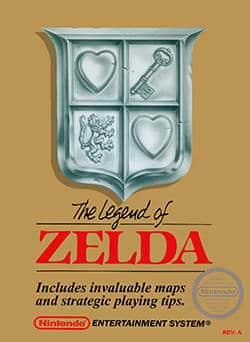 Another iconic franchise in Nintendo’s history, The Legend of Zelda has been around for roughly thirty-five years with 27 total mainline games, spin-offs, and remasters.

Similar to the Super Mario and Pokemon franchises, Nintendo has a habit of tying in Zelda games with new console and handheld releases.

While the series’ visuals and game mechanics have evolved over time, the feeling of navigating intricate dungeons as the sword-bearing hero Link remains just as satisfying in BOTW as it was in the original LoZ. 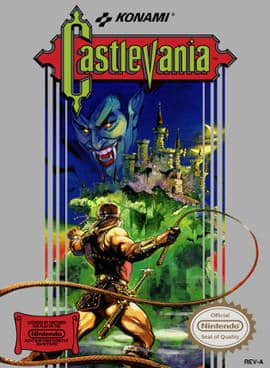 While there hasn’t been a new mainline Castlevania game since 2014’s Lords of Shadow 2, the franchise still lives on through various collections, remasters, and mobile spin-offs.

Starting with the original Castlevania released thirty-five years ago for the NES, the games have shifted from 2D to 3D at times while maintaining the exploration-driven gameplay the series is known for.

It’s also another Konami-owned property that, much like Metal Gear, has the potential of making a major comeback in the coming years if handled properly. 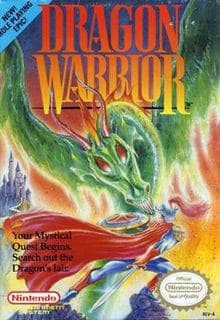 Originally introduced to the Western world as Dragon Warriors, the Dragon Quest franchise is among the oldest and most extensive JRPG franchises in the video game industry.

The series kicks off in 1986 with the original Dragon Quest and is still going strong today, with both mainline entries and spin-offs releasing each year.

Although its popularity is still skewed towards primarily Japanese audiences, the recent critical success of Dragon Quest XI: Echoes of an Elusive Age shows promise for the series’ global appeal. 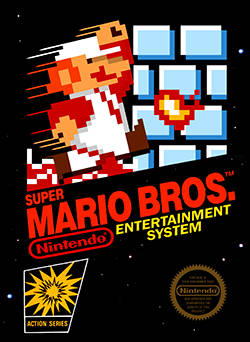 Primarily a 2D platformer, the series now covers a wide range of genres including racing, sports, and party games as well as 3D platformers that stay true to the spirit of the original.

Therefore, it comes as no surprise that Super Mario is considered one of the best-selling video game franchises of all time, having sold more than 380 million units as of 2021. 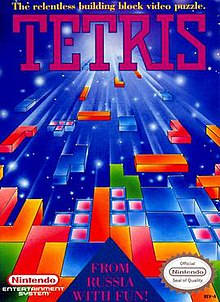 Tetris has always had a sort of timeless quality that allows it to transcend gaming trends and hardware revisions while still providing satisfyingly addictive puzzle gameplay.

Very little has changed throughout the series’ thirty-seven-plus-year run aside from new music, backgrounds, and game modes included with each entry.

These days you can find a version of Tetris on just about every kind of platform, including PC, console, mobile, and even VR. 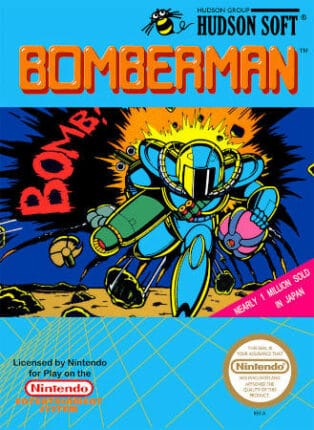 It might surprise some gamers to learn that Bomberman has been around longer than many of the franchises on this list, with the original released in July 1983 for PC by Hudson Soft.

Since then, there have been over 70 titles in the series across both mainline and spin-off games spanning PC, console, and mobile devices.

While Bomberman may not be as popular as it was during the 1990s and early 2000s, the success of 2020’s Super Bomberman R might encourage Konami to greenlight more games in the series. 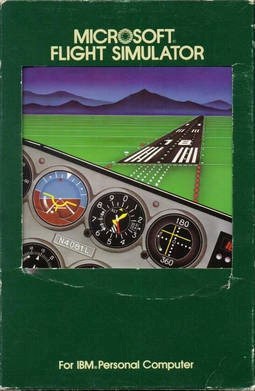 Admittingly not as high profile as many of the franchises on this list, Microsoft Flight Simulator has an extensive release history that goes back further than you’d expect.

Development on the original flight sim started in 1977, with the final version releasing five years later for the IBM PC, making it the longest-running Microsoft software and predating Windows by four years.

Newer iterations have improved the controls, UI, and graphics, with 2020’s Microsoft Flight Sim for Windows PC and Xbox Series X/S offering the most realistic-looking environments to date. 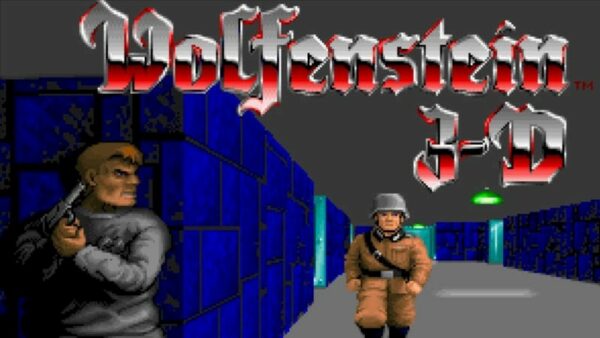 Wolfenstein is another long-running franchise with an interesting backstory spanning forty years, 13 titles, and millions of sales.

The series got its start in the early 80s with Castle Wolfenstein, a 2D action-adventure title that shares little resemblance with later games’ first-person shooter design.

This can be attributed to the fact that over nine separate developers have worked with the property at different points in time, with the most recent being Arkane Studios’ Wolfenstein: Youngblood. 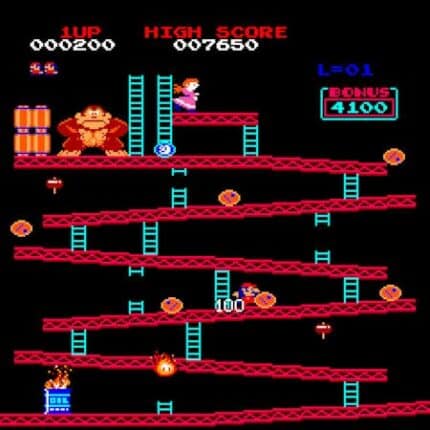 Originally released in arcades in 1981, Donkey Kong’s skyrocketing popularity would be the driving force behind Nintendo first-party franchises like Super Mario as well as the Donkey Kong Country subseries.

Now forty years and 25 games later, the franchise isn’t that big as other Nintendo IPs like the aforementioned Super Mario, Legend of Zelda, or Pokemon, falling somewhere closer to Metroid.

Considering the most recent platformer to star the charismatic ape was 2018’s Donkey Kong Country: Tropical Freeze, you could say fans are overdue a new DK platformer. 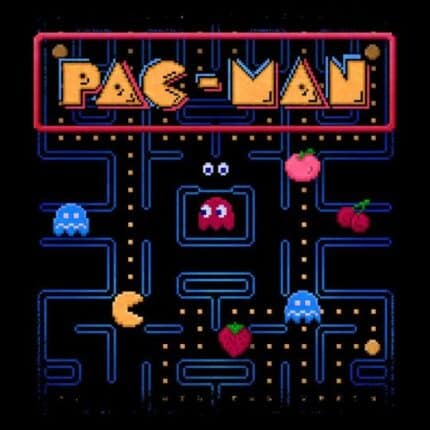 It’s alleged that Pac-Man creator Toru Iwatani came up with the idea for the beloved arcade title while eating a slice of pizza at a restaurant in Tokyo.

Whether that story’s true or not, it wouldn’t be long until the series became a phenomenon on the same level as games like Tetris or Pong.

Now forty-one years old in the gaming industry, Pac-Man is still kicking around as recently as 2021 following the release of the battle royale-inspired Switch-exclusive Pac-Man 99. 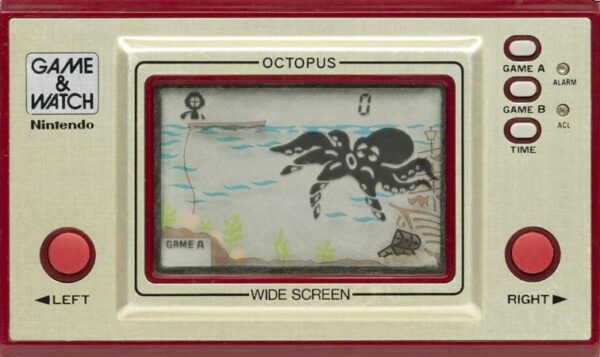 Serving as both a series of software and hardware releases, Game & Watch occupies an interesting spot within Nintendo’s history and is directly tied to many of their most beloved franchises.

Kicking off with Game & Watch Silver in 1980, the series would run its course through to the ‘90s with over 50+ hardware and game releases before slowly disappearing.

However, Nintendo has made an effort to preserve its legacy by adding Mr. Game & Watch to Smash’s roster as well as limited-time physical releases like 2021’s Game & Watch: The Legend of Zelda. 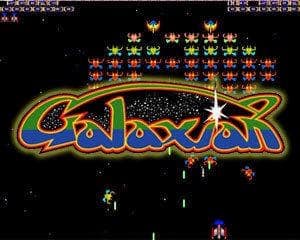 Similar to most of the franchises mentioned in this list, Galaxian got its start in the Japanese arcade scene during the late 70s to early 80s, making it roughly forty-two years old.

The original Galaxian was released in 1979 and was quickly followed by an onslaught of ports, sequels, remakes, and collections featuring the classic arcade shooter.

Galaxian’s most recent appearance was in Namco Museum Archives Vol. 1 in 2020, a greatest hits compilation of Namco-published titles. 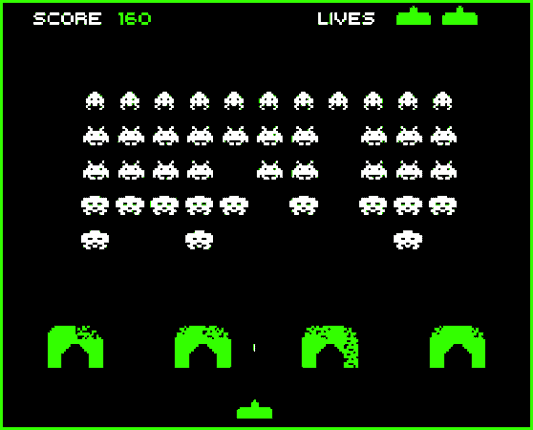 Taking second place for the oldest active video game franchise, the original Space Invaders made its debut in arcades during the late 1970s.

Since then, the game has been remixed, rereleased, and ported to pretty much every system you can imagine, with the latest being 2020’s Space Invaders Forever for the Nintendo Switch and PS4.

Throughout that time, very little has changed regarding Space Invaders’ game mechanics, with the only real differences being improved graphics and sound design. 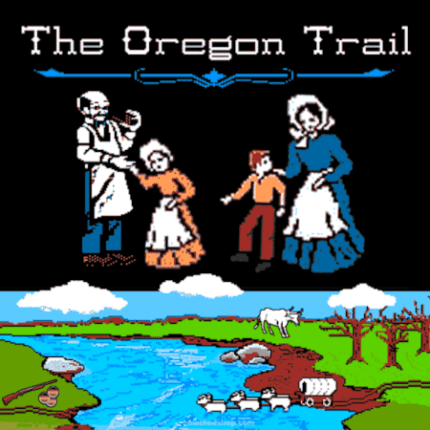 We’ve finally arrived at the longest-running video game franchise that’s managed to stand the test of time even after forty-seven years.

Initially conceived as a teaching aid that would educate middle schoolers about the harsh realities 19th-century pioneers faced, The Oregon Trail was originally released in November 1971.

While it may not be as useful as an educational tool these days, a new version comes out about every couple of years, with the latest being 2021’s The Oregon Trail for Apple Arcade. 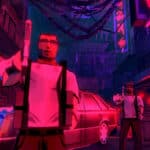