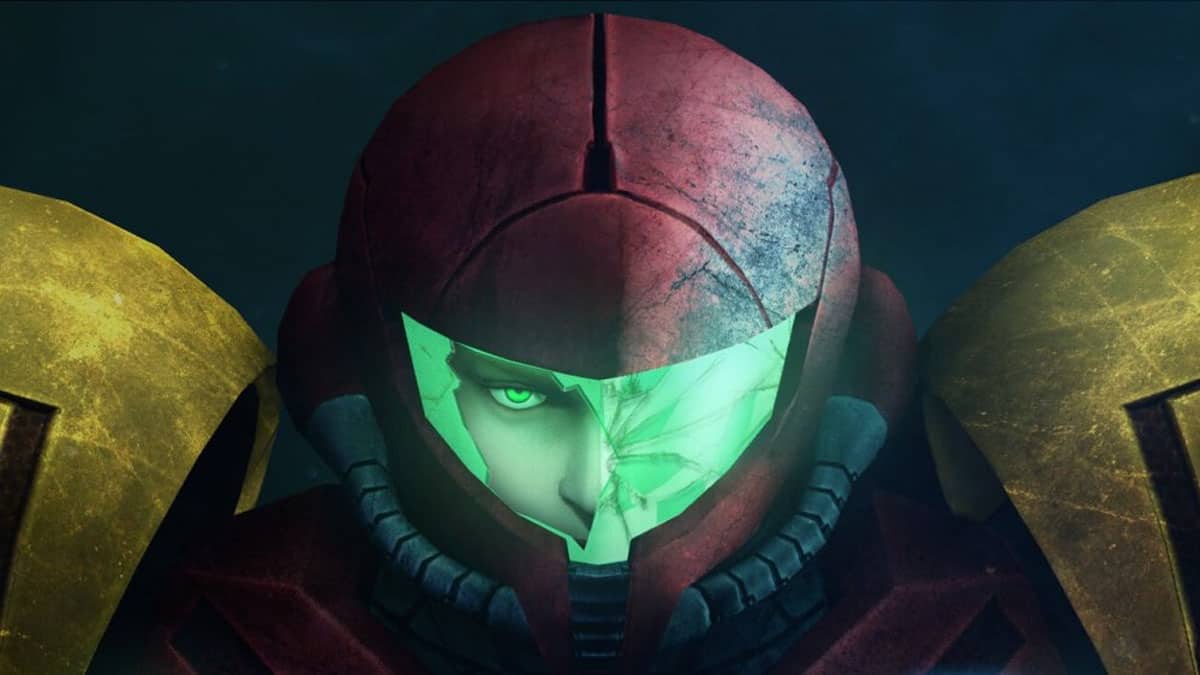 Metroid is one of the most iconic and long-running video game franchises still around today, with a history spanning more than 30 years and 14 official releases.

The series chronicles the adventures of Samus Aran, a bounty hunter who scours the universe looking for Space Pirates looking to harness the power of parasitic creatures.

In this list, we’ll break down the series’ timeline and go over every Metroid game in order of release date, starting with the original Metroid up until Metroid: Dread.

By the end, we’ll have a clear picture of how the series evolved over time and better understand where it’s headed. 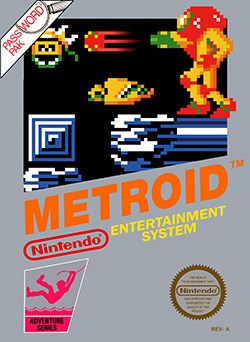 Initially released for the Famicom in Japan, the original Metroid is a 2D action-platformer about a bounty hunter who travels to the planet Zebes to retrieve parasitic Metroids stolen by Space Pirates.

It was created by a small team at Nintendo and features sprawling 2D environments that could be further explored by obtaining new tools that double as Samus’ weapons.

Structuring a game this way was seen as bold at the time, but today we commonly refer to them as Metroidvanias, a portmanteau of Metroid and Castlevania.

Samus possesses an array of powerful abilities that only become available by exploring and interacting with the world.

This created an addictive gameplay loop that encouraged you to revisit areas with additional tools to open up new paths and secrets. 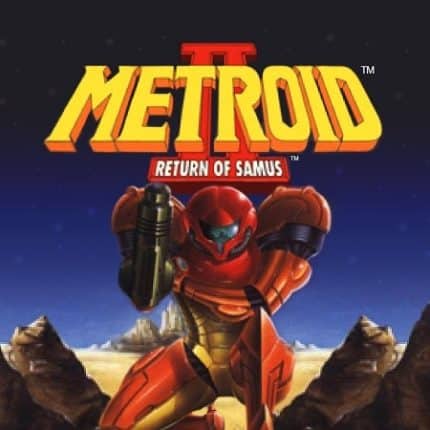 The series would suddenly shift from home consoles to handheld when Metroid II: Return of Samus was released for the Game Boy.

The sequel expands upon the original through world-building and explores the origins of its parasitic space monsters.

Samus is tasked with traveling to the Metroids’ home planet to exterminate them before the Space Pirates can carry out their dastardly plan.

The fact that Nintendo was able to get a full-length Metroid game to run on a handheld was remarkable at the time, though it also resulted in some noticeable downgrades.

The Game Boy’s monochromatic graphics made exploration tedious and confusing, and the proportions of Samus and other characters don’t quite match up with the game’s environments. 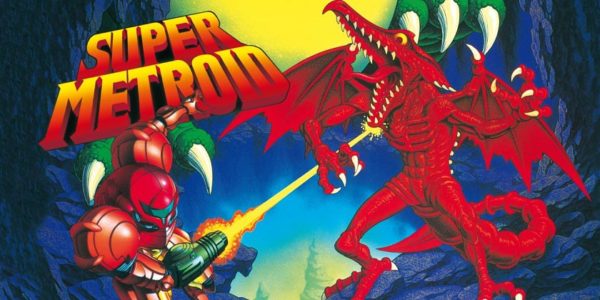 For the next Metroid game, Nintendo would revert back to a home console release on the Super NES.

Super Metroid greatly benefited from the addition of 16-bit graphics, which allowed the developers to elevate the story, setting, and game mechanics.

It sees Samus returning to the tunnels of Zebes to retrieve an infant Metroid that was stolen by Ridley, a Space Pirate leader who’s responsible for the destruction of Samus’ home planet and, consequently, her parents.

Although the game revisits the underground labyrinth of its NES predecessor, it features more elaborate paths, puzzles, and secret objects you could reveal using Samus’ new visor tool.

Super Metroid is considered one of the most influential games of all time and has inspired countless games since its release. 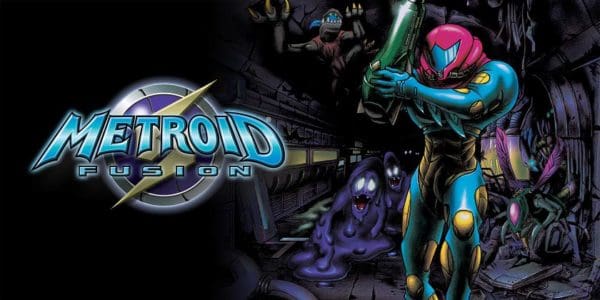 The second handheld release in the series, Metroid Fusion strips Samus of most of her abilities at the game’s start.

You’re tasked with retrieving her equipment throughout the story while investigating a space station overrun with infected creatures called X parasites.

Like previous entries, gameplay focuses on jumping, shooting, and puzzle-solving, with Samus gaining the ability to grab ledges and climb ladders.

Fusion follows a mission-based structure and introduces Navigation Rooms that guide the player on what to do, resulting in a much more linear experience than previous outings.

In North America, the game was accompanied by a standalone GameCube title, Metroid Prime, and anyone who owned both games could link them together via the GBA link cable to unlock additional content. 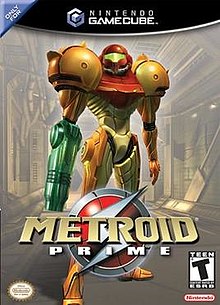 Launching alongside Fusion, Metroid Prime featured several bold innovations for the franchise, most notably a shift from 2D side-scrolling to 3D graphics and a first-person POV.

According to Nintendo, the game is still categorized as an action-adventure title and not considered a first-person shooter due to its emphasis on exploration over combat.

The story offers the first chapter in what would become the Prime trilogy storyline, set between the original Metroid and Metroid II: Return of Samus.

It follows Samus as she ventures to the planet Tallon IV where the Space Pirates are conducting biological experiments.

Prime has sold more than a million units in North America alone and is still widely regarded as one of the best entries in the series. 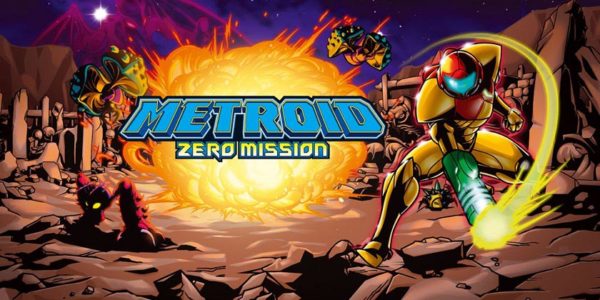 Nearly two years later, a remake of the original Metroid was released for the GBA under the name Metroid: Zero Mission.

The story was rewritten to highlight Samus’ past, and a number of modernizations were added to update the gameplay.

This included new items, secret areas, mini-bosses, and difficulty options that weren’t included with the original.

It’s also the first game in the series to have a sequence where you control Samus without her Power Suit.

Zero Mission was praised for its approach to updating the classic while still retaining the original Metroid’s spirit. 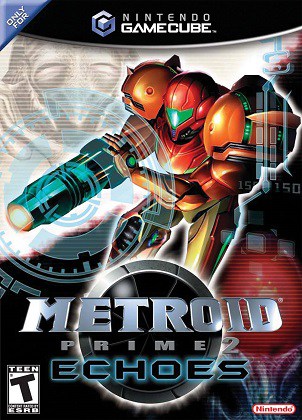 Returning to a first-person POV, we meet Samus after she’s sent on a rescue mission to save Galactic Federation Marines from the planet Aether.

She soon learns that the Federation’s troops were defeated by an interdimensional species known as the Ing and sets out to defeat them while encountering Space Pirates and a new mysterious doppelganger, Dark Samus.

Echoes introduces the concept of parallel dimensions in the Metroid universe, often requiring Samus to switch between Light and Dark Aether in order to progress.

Upon release, the game was praised for its story and visuals but criticized for its steep difficulty curve. 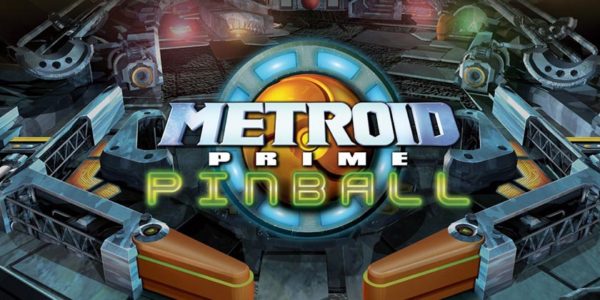 At one point, Nintendo was obsessed with adapting their most popular franchises to pinball-based video games.

Examples include Pokémon Pinball, Mario Pinball Land, and Metroid Prime Pinball, which references the art style and events from the Prime games.

It was developed by Fuse Games and shipped with a Rumble Pak accessory for the Nintendo DS handheld.

As a result, the game lacks the distinct Retro Studios touch, aside from the fact that it’s basically just pinball.

With that said, Metroid Prime Pinball does try to introduce some new mechanics, such as letting you jump off walls and fire weapons. 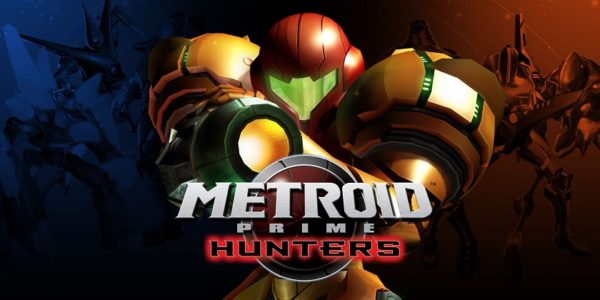 Upon arriving, she’s met by six rival bounty hunters looking to stake their claim over the rumored “Ultimate Power” suggested by the message.

It’s a much more combat-heavy experience than previous outings, making it a weird pick for the Nintendo DS’s control scheme.

By default, movement is controlled using the D-pad, whereas aiming is controlled by dragging your stylus across the DS touchscreen.

Along with the single-player story, Metroid Prime Hunters supported online multiplayer where 1-4 players could battle as Samus or a rival bounty hunter in arena-based combat. 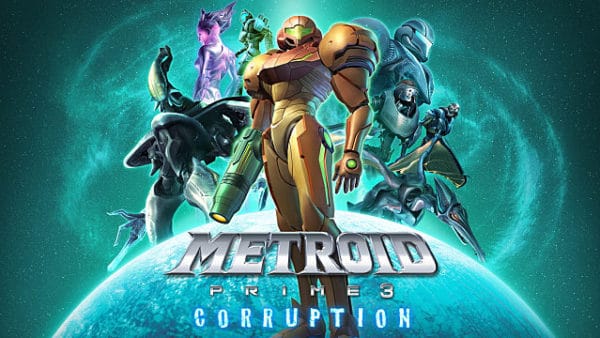 For the next officially numbered entry in the Prime subseries, the focus was shifted to Nintendo’s latest console at the time, the Wii.

Taking place six months after the events of Echoes, Metroid Prime 3: Corruption sees Samus confronting the Space Pirates after they launch an attack on a Galactic Federation naval base.

While holding off the Space Pirates, Samus and her squad become infected with a virus known as the Phazon, a sinister plot orchestrated by her doppelganger Dark Samus.

Separated from her peers, Samus sets out to find a cure for her and her crew while preventing the Phazon from spreading to other planets.

It’s fondly remembered for introducing many gameplay refinements, such as Hypermode, which allows Samus to perform more powerful attacks and command her gunship. 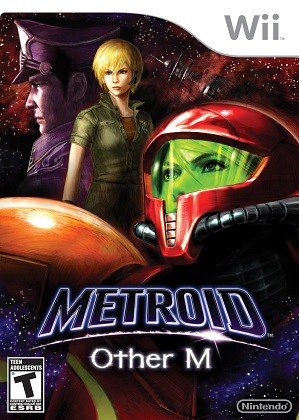 We’ve arrived at arguably the weakest standalone entry in the entire franchise, Metroid: Other M, developed by Team Ninja with the goal of revitalizing the series.

The camera was shifted to third-person in order to reflect the series’ roots, and for the first time, Samus could perform melee attacks on enemies with reduced health.

Additional work went into ensuring the story was prioritized as well, with the game featuring extensive cutscenes and voice-acted dialogue.

In it, Samus is tasked with investigating an abandoned space station known as the Bottle Ship while accompanied by a team of Galactic Federation Marines.

Unfortunately, much of what Other M did right gets overshadowed by its flaws, most notably its unappealing characterization of Samus. 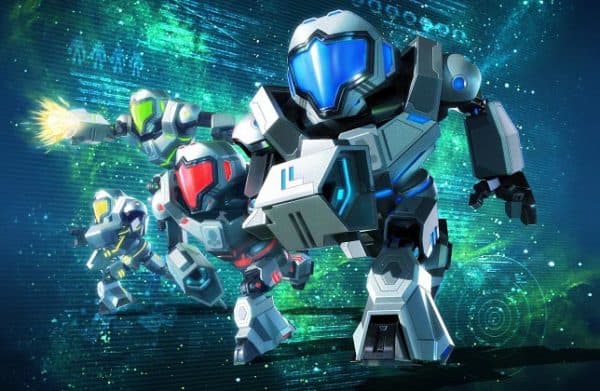 After a six-year hiatus, Metroid would return in the form of another Prime spin-off for handheld, this time the Nintendo 3DS.

Set after the events of Corruption, Metroid Prime: Federation Force sees you assuming the role of a Galactic Federation Marine tasked with monitoring Space Pirate activity in the Bermuda System.

It’s the first Metroid game to not feature Samus as the main protagonist, a decision that most likely stemmed from Nintendo’s desire to distance the game from Other M.

While Samus does still appear in the story, her inclusion comes across as unnecessary fan service more than anything else.

That being said, Federation Force greatly improves upon the control scheme and gameplay of Metroid Prime Hunters while being a satisfying co-op-based shooter in its own right. 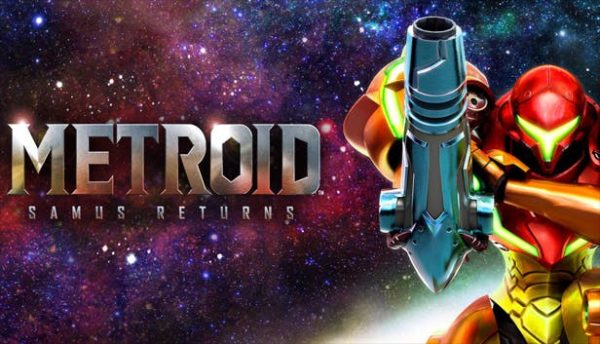 The second remake in the franchise, Metroid: Samus Returns is a reimagining of Metroid II: Return of Samus with a host of modern improvements.

In it, players reprise their role as the spacefaring bounty hunter after she’s sent to planet SR-338 to wipe out the Metroid population.

The story and structure remain largely the same but are accompanied by new controls, updated graphics, and the addition of new abilities from later Metroid games.

This includes the ability to perform melee counterattacks, fire Samus’ weapon at any angle, and harness new Aeion abilities that consume energy when used.

Samus Returns received tons of praise for its visual and gameplay improvements, with many considering it a return to form for the franchise. 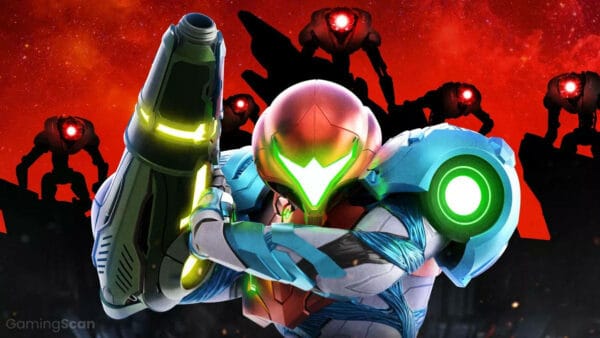 Metroid producer Yoshio Sakamoto first conceived of Dread for the Nintendo DS back in the mid-2000s, but development ended due to the technical limitations at the time.

In it, players reprise their role as the intergalactic bounty hunter Samus Aran as she investigates a mysterious transmission on Planet ZDR before realizing it’s a trap.

With the remote planet overrun by vicious aliens and bloodthirsty robots called E.M.M.I., players will have to hunt or be hunted as they navigate a sprawling labyrinth of tunnels.

Upon release, Metroid Dread received critical acclaim and quickly became the fastest-selling Metroid game in Japan, the UK, and the US. 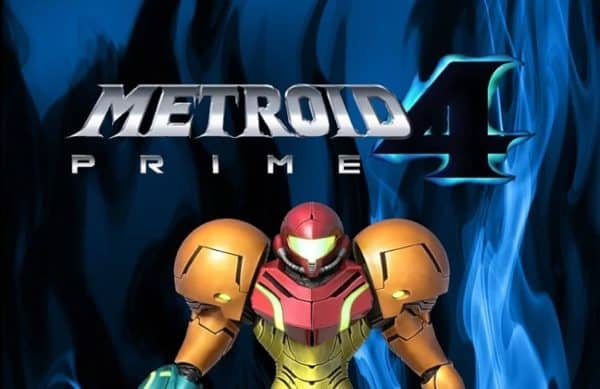 First announced during Nintendo’s E3 2017 showcase, Metroid Prime 4 will be the fifteenth entry in the series and the fourth game in the Prime storyline.

In 2019, Nintendo issued an update to fans letting them know that development had restarted under Retro Studios, including longtime Metroid Prime producer Kensuke Tanabe.

Since then, all parties have gone radio silent, leading us to believe production is moving along just fine.

While there’s no way of knowing how far off the game’s release is, you probably shouldn’t hold your breath.

The Metroid games have some of the longest development cycles of any Nintendo franchise and considering Retro Studios had to start from scratch, we wouldn’t be surprised if Metroid Prime 4 doesn’t release until 2022 at the earliest. 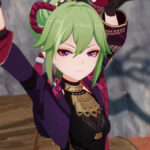