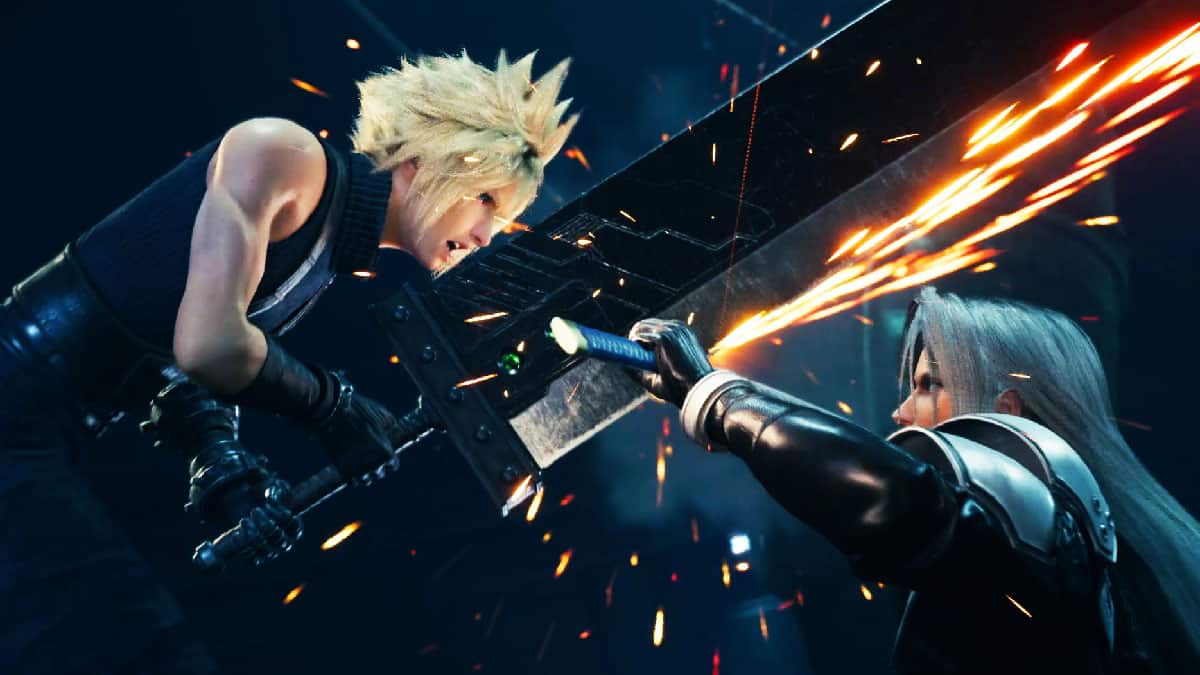 For better or worse, developers and publishers have taken an interest in releasing more game remakes, remasters, definitive editions, and enhanced ports than ever before.

While many of them aren’t anything to write home about, there are some that stand out for including a host of improvements while staying faithful to the original game.

We’ll be updating this list in the future with new titles, so make sure to check back and let us know if we missed any of your favorite remakes/remasters!

Our first recommendation is the 3D remake of Square Enix’s iconic action-RPG Trials of Mana, which was released in 2020 for Windows PC and consoles.

The game follows three heroes chosen by the player, each with unique motivations and abilities that lead them to obtain the Mana Sword and use it to overcome a world-ending threat.

Gameplay sees you controlling your team of heroes as they fight enemies in real-time combat and navigate open 3D environments, similar to many popular JRPGs.

Each character class adds a different flavor to the Trials of Mana’s combat, allowing you to mix and match powers to deliver powerful attacks.

Revered for both its RPG mechanics third-person combat, the Mass Effect series has a rich and quite controversial history of releases, spin-offs, and most recently, rereleases.

Considering the series started in the early 2000s, the best way to play the original trilogy is through the remastered Mass Effect Legendary Edition, which adds visual, technical, and gameplay refinements.

Launching alongside Sony’s PlayStation 5, 2020’s Demon’s Souls provides a much-needed update to one of FromSoftware’s most pivotal titles.

Originally released for the PS3, Demon’s Souls sees you on a heroic quest to save the kingdom of Boletaria from an evil being known as the Old One.

The remake was developed by Bluepoint Games and introduces a host of quality of life improvements such as better performance and graphics.

What’s so great about this remake is that it plays nearly identically to the original, from the layout of environments to the challenging combat, it’s exactly how fans remember.

The second FromSoftware title to appear on this list, Dark Souls Remastered updates the genre-defining classic with high-definition graphics and 60 FPS performance.

In addition, the remaster introduces dedicated servers for online multiplayer and raises the player cap from four to six during online sessions.

Set in the dark medieval kingdom of Lordran, the game sees you embarking on a harrowing pilgrimage littered with grotesque and deadly monsters.

Dark Souls Remastered includes the base game along with the Artorias of the Abyss DLC, making it perfect for Souls fans that are up for the challenge.

The Tony Hawk games have a rocky history littered with lackluster sequels that didn’t exactly resonate with fans.

For a long time, the series was put on hiatus before making a comeback in 2020 with a remake of Pro Skater 1 and 2 developed by Vicarious Visions.

The remake includes every level from both games, all stunningly recreated from the ground up, along with tricks like reverts, spine transfers, and wall plants, which appeared in later titles.

THPS 1+2 currently stands as the fastest-selling entry in the franchise, selling 1 million copies within the first two weeks.

Initially released for the Wii and later ported to the Nintendo 3DS, Xenoblade Chronicles is a universally-acclaimed JRPG that benefits from having an open-world design.

You play as a young hero named Shulk who bands with other characters to defeat an army of alien robots known as the Mechon.

It also adds a new playable epilogue, Xenoblade Chronicles: Future Connected, set one year after the events of the main story, making it an absolute must-have for fans of the series.

Split into multiple parts, Final Fantasy VII Remake feels like some weird science project cooked up in the basement of Square Enix’s offices.

The first part was released in 2020 and blew pretty much everyone away with its approach to updating the PlayStation classic.

What makes this remake awesome is the fact that it stays true to the story of the 1997 game while at the same time expanding upon its lore through world-building.

Black Mesa stands as a shining example of what’s possible when a game company and its community come together.

It all started when Valve decided to release Half-Life: Source, a port of the iconic shooter that utilized Valve’s (at the time) new Source engine without any other unique features or improvements.

Left dissatisfied, two groups of fans set out to create their own remake of Half-Life, eventually combining their efforts under a new moniker, the Crowbar Collective.

Link’s Awakening is one of the few Zelda games to not feature Hyrule, the Triforce, or even Princess Zelda for that matter.

It was the first Zelda game to release on a handheld, the Game Boy, and later the Game Boy Color as Link’s Awakening DX.

The original’s top-down perspective, as well as its gameplay and story, remain the same in the remake, with Link on a quest to wake the legendary Wind Fish by gathering eight magical instruments.

The remake also includes a switch in art style, with more toy-like character and world designs, an updated soundtrack, and a new dungeon creator mini-game.

Capcom’s remake of Resident Evil 2 is a survival horror masterpiece that benefits from better-looking graphics and quality of life improvements that help bring the 20-year-old game up to modern standards.

In it, you reprise your roles as rookie cop Leon Kennedy and college student Claire Redfield as the pair find themselves trapped in Raccoon City amidst a zombie plague.

Our favorite aspect of the remake is that while the core experience is mostly the same, parts of the story have been reworked to give supporting characters a bigger spotlight.

RE2 remake currently ranks as Capcom’s second-biggest launch on Steam after Monster Hunter: World and has outsold the original with over 5.8 million copies worldwide.

Hot off the success of the Resident Evil 2 remake, Capcom set out to recreate the tone of the next game in the series, Resident Evil 3.

Just like the original, the game follows Jill Valentine and Carlos Oliveira as they try to survive a zombie outbreak while also being pursued by a highly sophisticated bioweapon called Nemesis.

What makes RE3 remake such a good action game is the urgency in which Nemesis hunts you down, forcing you to keep moving forward and discover different ways to momentarily distract or stun him.

A lot of the game is spent focusing on this idea, and it makes for some of the most heart-pounding moments you’ll ever have playing a video game.

We love it when multiple games in the same series get remastered and bundled together in a single release, especially for a franchise as nostalgic as Spyro.

Developer Toys for Bob did a fantastic job at recreating the original trilogy of games centered on a wisecracking purple dragon that travels to different worlds rescuing his kind and defeating monsters.

They achieved this by emulating the original level geometry and character models using a proprietary emulation tool aptly named “Spyro-scope.”

Somehow it all came together, resulting in Spyro Reignited Trilogy being one of the best remastered video game collections of all time.

Before the announcement of the N. Sane Trilogy, we hadn’t heard anything regarding the genetically enhanced PlayStation mascot in years.

It was a satisfying comeback for nostalgic fans that were eager to revisit the original trilogy of games, which included Crash Bandicoot, Cortex Strikes Back, and Crash Bandicoot: Warped.

Unlike Spyro: Reignited, these weren’t mere remasters but full-blown remakes built from the ground up using new assets, animations, and cutscenes.

One of the benefits of remaking a video game is that it gives developers an opportunity to address things like outdated controls, user interface, and the like.

The 2018 remake was developed by Bluepoint Games, who previously worked on the PS3 remaster, and introduced a ton of graphical and performance improvements.

While the gameplay and story were kept the same, Shadow of the Colossus greatly benefited from the addition of a new control scheme designed to bring the classic up to today’s standards.

Following an online petition from fans requesting a remaster of Call of Duty 4: Modern Warfare, Activision enlisted Raven Software to develop an updated version for PS4, Xbox One, and PC.

One of the most controversial aspects of Call of Duty: Modern Warfare Remastered’s release was that it was initially only available via special edition bundles of Infinite Warfare.

A standalone version was eventually released a year later, at which point critics praised the number of enhancements included as well as the quality of the original campaign and multiplayer modes.

Maintaining the title of the PS2 classic, 2016’s Ratchet & Clank for PlayStation 4 serves as both a reboot for the series and a reimagining of the game that started it all.

Its launch coincided with the release of the Ratchet & Clank movie and added upgraded graphics and new lines of dialogue to the almost 20-year-old shooter-platformer.

The Ratchet & Clank remake was well-received by critics and longtime fans, with many citing its perfect balance between combat, platforming, and puzzle sections.

Developer Insomniac Games referred to the reboot as a “new beginning” for the series, and we’d have to agree considering a new entry, Ratchet & Clank: Rift Apart, is currently slated for the PS5.

Many PC players have a fondness for the Command & Conquer series and consider it their first introduction to real-time strategy.

Thankfully, the series’ legacy hasn’t been forgotten as EA put out a Command & Conquer Remastered Collection in 2020.

Most impressive is the amount of care and attention to detail put into these remasters’ crisp new visuals, sprite animations, and UI elements.

If you’re looking for a satisfying fantasy game that harkens back to classic RPGs, look no further than Kingdoms of Amalur: Reckoning.

In it, you take on the role of the Fateless One after they’re resurrected and thrust into a ravaged world on the brink of collapse.

The game features robust character customization, an extensive open-world ripe for exploration, an engaging story, and immersive combat that emphasizes player choice at every turn.

While you’re more than welcome to check out the original, a remastered version titled Kingdoms of Amalur: Re-Reckoning can be picked up for PC and modern consoles.

In 2011, Microsoft and 343 collaborated with Saber Interactive and Certain Affinity to release a remake of the first game in the series, Halo: Combat Evolved to celebrate the franchise’s 10th anniversary.

Saber’s proprietary game engine was used to replicate the original’s graphics and gameplay while assets from Halo 3 and Halo: Reach were incorporated as well.

It also includes a feature that lets players toggle between the original and new visuals as well as six remade multiplayer maps from Combat Evolved, Halo 2, and Halo: Reach.

When The Master Chief Collection first debuted in 2014, it was deemed a hot mess littered with game-breaking bugs and multiplayer glitches that did a disservice to the franchise’s coveted legacy.

However, after partnering with various studios, 343 were able to get things back on track and ensure each title looked and played just like fans had envisioned way back when.

Much like Combat Evolved Anniversary, each game has been updated to support high-resolution displays and features improved online matchmaking and local multiplayer. 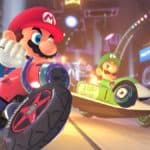