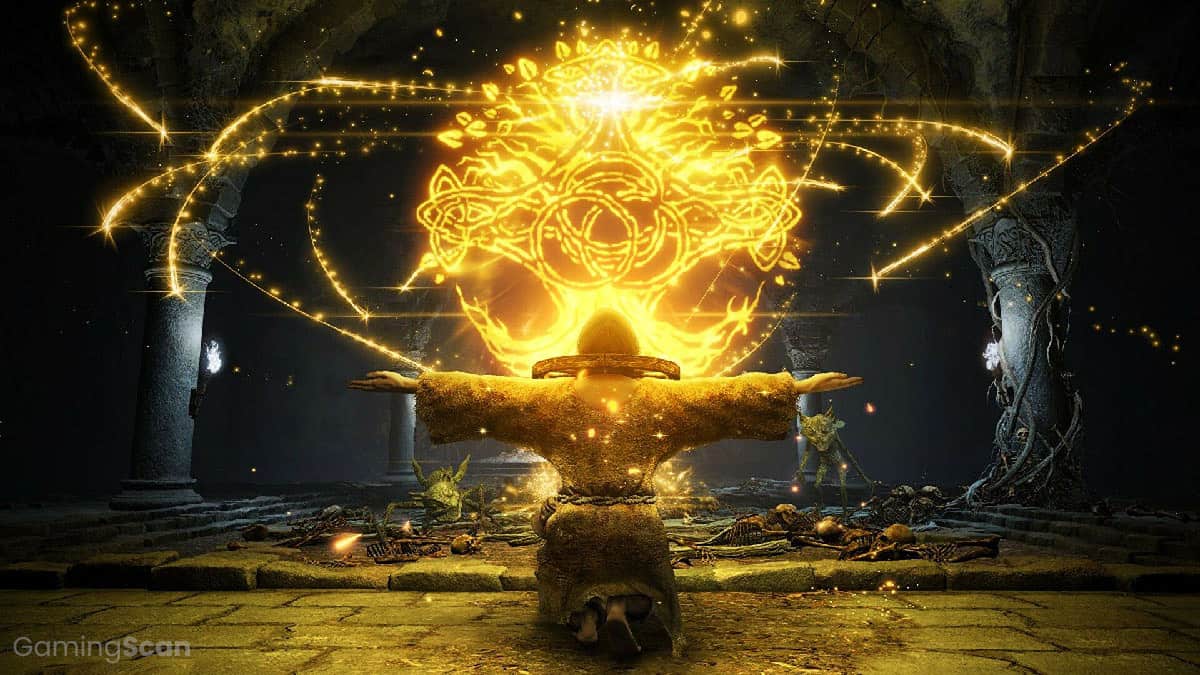 Pulling off humanly impossible feats is nothing new to video games but some titles throw all logic out the window by throwing magic into the mix.

Oftentimes, this means casting players as powerful spell-slinging sorcerers or warriors with god-like weapons and abilities to aid them throughout their journey.

In this list, we’ll highlight the best magic games on Steam, PlayStation, Xbox, and Nintendo Switch platforms that let you live out your enchanted fantasies.

This includes magic RPGs, magic adventure, and magic academy games that include a hefty amount of witchcraft and wizardry.

We hope you’ll stick around to the end and discover at least one new game worth adding to your collection!

Our first suggestion for magic-themed video games is Kena: Bridge of Spirits, a breakout action-adventure title out of Ember Lab, a new indie game studio with a background in animation.

In this game, you take on the role of Kena, a young spirit guide looking to hone her powers while helping the deceased move on from the land of the living to the afterlife.

To help her carry out this mission, Kena wields a magical staff, bow, and various spells that work in tandem with charming spirit companions.

Elden Ring is the latest FromSoftware game to challenge players’ skills and combat prowess with a host of unforgiving boss fights.

Those looking to explore every option at their disposal are welcome to incorporate magic into their repertoire of attacks, with some classes favoring this approach more than others.

If you’re looking to go this route, the Astrologer and Prophet classes are going to be your best option, as they both start with magical spells.

Another Soulslike game that places an even bigger emphasis on magic, Little Witch Nobeta is an indie action RPG that comes courtesy of Pupuya Games.

In it, you control a cute little witch as she explores a mysterious castle using an assortment of elemental powers granted by her magical staff.

Each spell can be shot normally or charged up to unleash a devastating blow that can be combined with physical attacks to discover unique and powerful playstyles.

Next on our list is Spellbook Demonslayers, a top-down roguelike arena shooter reminiscent of games like Vampire Survivors and Path of Exile.

As such, it offers a wide range of character classes to play, each armed with its own set of magic-based attacks consisting of both active and passive abilities.

These can be upgraded over time to increase their stats and effectiveness in battle while further defining your build.

This includes a host of archetypal classes that can be customized in-depth by picking from different races, genders, stats, and backstories before joining your party.

While making your way around the world of Rivellon, you’ll find yourself in challenging predicaments that require you to get creative while casting powerful spells and smiting enemies.

Taking its cues from classic tabletop RPGs, Pillars of Eternity II: Deadfire is a story-rich isometric RPG crafted by none other than Obsidian Entertainment.

Where it stands out from other games in the genre is the addition of a multiclass system that lets you mix and match different role types as you progress.

This leads to some really fun and flexible party compositions that encourage you to incorporate magic into as many character builds as you desire. 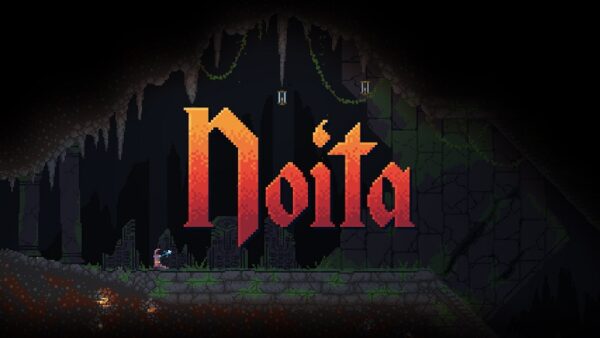 In it, you take on the role of a witch and get to work crafting unique spells by combining different elemental powers.

Doing so allows you to explore cavernous areas while burning, melting, and exploding any enemies that cross your path.

Speaking of magic roguelikes, Wizard of Legend is another noteworthy indie title that injects a fair bit of sorcery into its action-packed dungeon-crawling gameplay.

The game is framed around a series of magic-based challenges dubbed the Chaos Trials where you, an up-and-coming wizard, must prove yourself worthy.

This requires defeating the strongest mages in all the land by learning increasingly powerful spells and techniques to aid you in each battle.

Moving along, Mages of Mystralia is a fantasy adventure game about a young girl who discovers she has magical powers and begins honing her skills.

Throughout her journey, she encounters other exiled mages and runes that can be combined to unlock new powers for solving puzzles and battling enemies.

The spell crafting system is executed quite well, giving players a lot of control over how they tackle each challenge in their path.

Little Witch in the Woods

Little Witch in The Woods is another puzzle adventure game that casts you as a young witch undertaking a magical apprenticeship.

Aside from your academic studies, your time is split between making friends, gathering materials to craft potions, and exploring areas rendered in vibrant pixel art.

The mix of cute and casual gameplay makes for a relaxing low-stakes magical adventure teeming with charm and discovery.

Our next suggestion for magic-infused games is the story-rich RPG Wytchwood, which centers on an old witch living in a land of gothic fables and fairytales.

Like several other entries on this list, the gameplay is focused on exploration, collecting magical ingredients, and using them to brew powerful potions and spells.

All the while, you’ll be navigating a rich storybook-inspired world with offbeat characters and well-crafted dialogue.

Outward takes a very different approach to fantasy RPGs in that instead of playing as a legendary hero destined for greatness, you’re just an everyman with basic skills.

As you would expect, this makes for a challenging survival game experience where everything can kill you and progress is very slow.

However, those who persevere in Outward will eventually find power in enchanted weapons, armor, and trinkets as well as ritualistic spell-casting abilities.

If you’re looking for a magic game that will let blast your way through destructible environments using magic powers, Fictorum is not to be missed.

In this action roguelike RPG, you take on the role of a badass wizard on a mission to bring down an evil empire as part of his revenge.

The magic system in this game is particularly satisfying as it sees you shaping spells on-the-fly with plenty of room for customization.

Switching gears, Wildermyth is a magic RPG with tactics-driven combat and a unique 2D papercraft art style that makes characters and scenery appear as if they’re in a pop-up book.

What makes it stand out from other party-based RPGs is the sense of persistent progression wherein heroes age over time, develop relationships, and eventually meet their demise.

This is explored in some interesting ways through both the story and combat, allowing you to gain an upper hand on enemies by unlocking new traits.

South Park: The Stick of Truth

In it, the South Park kids decide to take their fantasy LARPing to the next level and an all-out war for power on the fourth-grade playground ensues.

While many of the spells have weird or outright gross connotations, the way you can combine them in battle is quite interesting, especially later on when you have a lot of characters to pick from.

Designed to capture the magical wonder of the company’s iconic mascots, Disney Dreamlight Valley is a relaxing life sim game with cozy and casual-friendly gameplay.

Playing as an original character, you move into the titular Dreamlight Valley and convince a host of Disney characters to join you in lifting an evil curse on the town.

Another wholesome magic game that’s suitable for the entire family, LEGO Harry Potter is a fun and lighthearted adventure that can be enjoyed without having watched any of the films.

These days, you can pick up both games in the collection for relatively cheap and help guide Harry and his friends through their academic studies at Hogwarts.

If you’ve played a LEGO game before, you pretty much know what to expect but the addition of spell-casting and potion-making gameplay really make these titles stand out.

The original Magicka is a cult classic that was followed up by an even better sequel that doubles down on lighthearted co-op fun.

In Magicka 2, you play as one of four wizards tasked with ridding the world of evil using overpowered spells based on different elements like fire and water.

Up to five elements can be combined to create new spells to unleash on your foes, or allies if you’re feeling a bit cheeky as friendly fire is always on.

Next up is Dragon’s Dogma: Dark Arisen, an expanded version of the original open-world RPG by Capcom with additional content and features bundled in.

One of this game’s main selling points is its flexible class system, dubbed “Vocations,” which allow for hybrid roles that specialize in multiple areas, including magic.

While you’re more than welcome to go all in on a Mage build, roles like Magick Archer and Mystic Knight are just as viable and fun to try.

Wrapping up our list is none other than Dragon Age: Inquisition, an often overlooked and underrated entry in an otherwise adored RPG series.

Most criticisms of this game stem from its original release build, which has long since improved thanks to years of post-launch updates.

As such, Inquisition plays a lot better these days and offers intensely strategic combat that emphasizes using magic to turn the tide of battles. 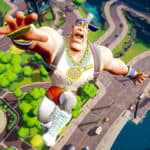