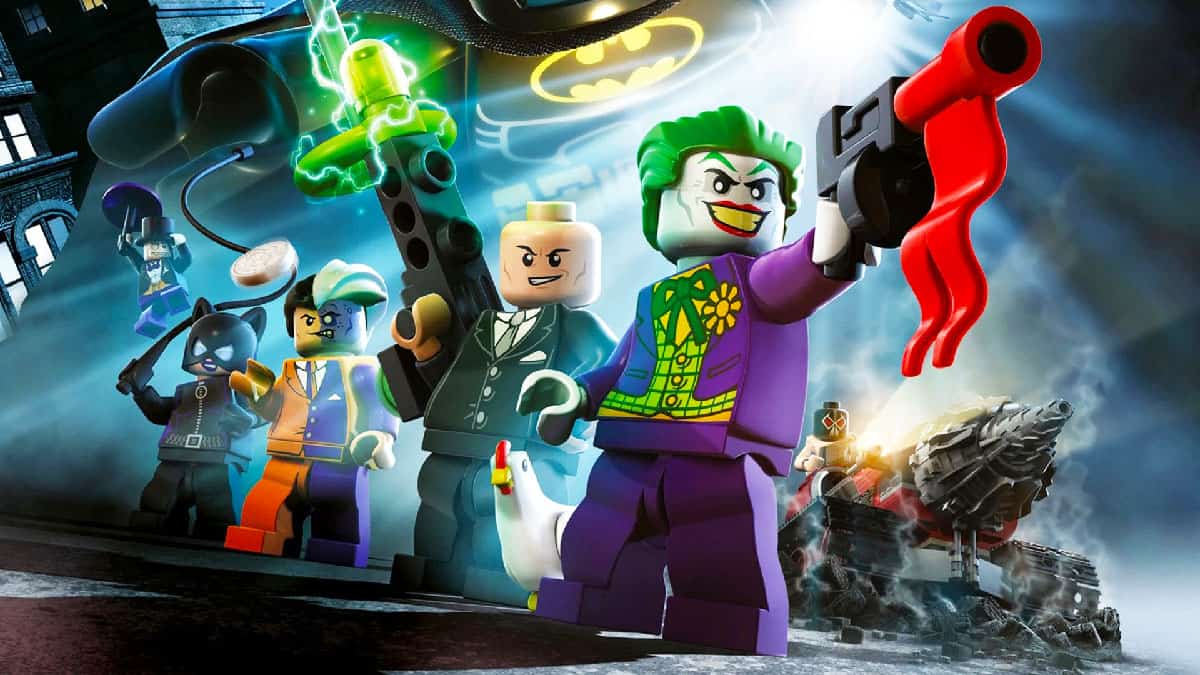 Best known for its block-building toy sets, the Lego brand extends further into various forms of media including movies and video games.

Covering a wide range of licensed properties, Lego video games have always been great for some casual couch co-op fun with friends and family.

We’ll be updating this list in the future with new titles, so make sure to check back and let us know if we missed any of your favorite Lego games! 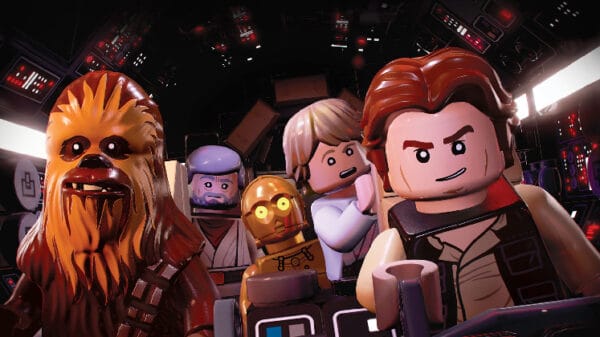 Fans of Star Wars and Lego games alike will be thoroughly impressed by Lego Star Wars: The Skywalker Saga.

Building off of previous Lego Star Wars games, it adapts all nine movies in the franchise with their respective characters, settings, and story beats.

The game also introduces an extensive number of quality of life improvements that help bring the Lego formula into the modern era. 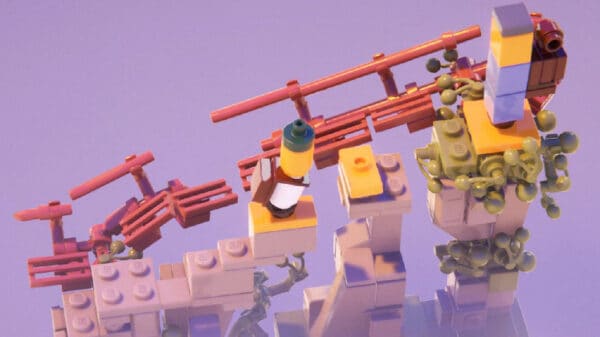 Next up is Lego Builder’s Journey, an atmospheric little puzzle game that was originally released for smartphones before coming to PC and console.

The game toys around with the notion of following instructions by having players solve an array of free-form puzzles that require creative thinking.

At the same time, it tells a heartfelt story filled with ups and downs, challenges, discovery, and moments of celebration.

There’s also a side Creative Mode where player can build their own models using themed build plates and share them with friends via photo mode. 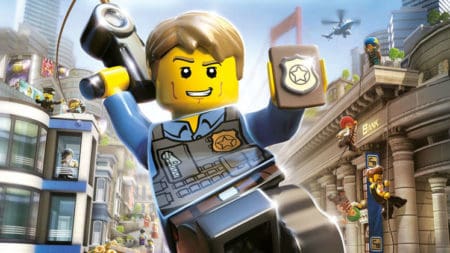 Lego City Undercover is a stand-out entry in the series as it features a completely original setting and story.

In it, players take on the role of Chase McCain, an undercover cop on the hunt for justice in a crime-stricken Lego City.

As an experienced policeman, Chase can quickly get around by swinging on poles, jumping off walls, and piloting vehicles such as helicopters and cars.

He also has the ability to take on different disguises, which allow him to access new areas and solve puzzles.

Inspired by games like GTA, Lego City Undercover offers a dynamic open-world filled with plenty of secrets and side activities for players to discover. 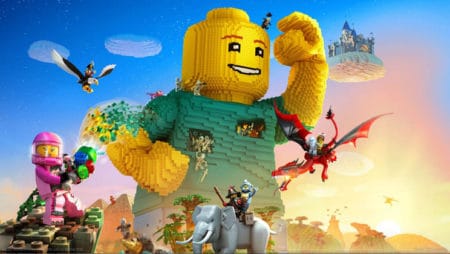 Lego Worlds is another title not based on an existing property and sees players building Lego creations in a procedurally-generated 3D sandbox.

Given the real-world functionality of Legos, it seems like a no-brainer to make a game dedicated solely to constructing objects using Lego bricks.

Players are able to build out their own world by either using predesigned structures or a brick-by-brick editor tool. 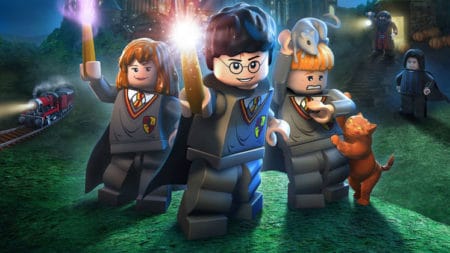 Both games chronicle the Lego-fied adventures of the infamous boy wizard and his friends Ron and Hermione as they study magic at Hogwarts.

Gameplay is similar to other Lego titles with the addition of spell-casting and potion-making during combat and puzzle sequences.

The games also includes music tracks and humorous cutscenes inspired by the films, making them a must-play for any Harry Potter fan. 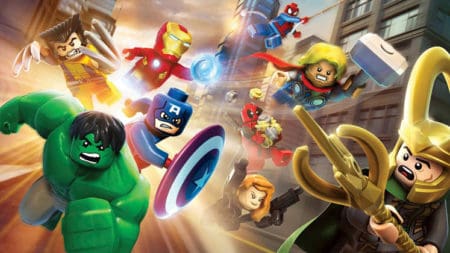 In it, Marvel heroes band together to prevent Loki, Galactus, and a host of other evildoers from using a super-weapon to destroy the world.

The game offers much diversity in its superhero roster’s powers, including cameos from The Avengers, X-Men, and Fantastic Four among others.

It remains one of the best-selling Lego games to date and has even spawned a sequel, Lego Marvel Super Heroes 2, which we also recommend. 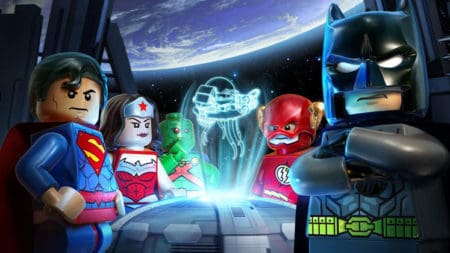 There was a stretch of time where Lego Batman dominated the franchise’s video game release calendar, and for good reason.

Both the original Lego Batman: The Videogame and Lego Batman 2: DC Super Heroes sold quite well and were well-received.

With Lego Batman 3: Beyond Gotham, the titular caped crusader and his crime-fighting buddies return for a new adventure in space.

Tasked with preventing Brainiac from using the Lantern Rings to shrink down planet Earth, players take control of over 150 DC heroes and villains.

This includes iconic characters such as the entire Justice League along with members of the Legion of Doom and many more. 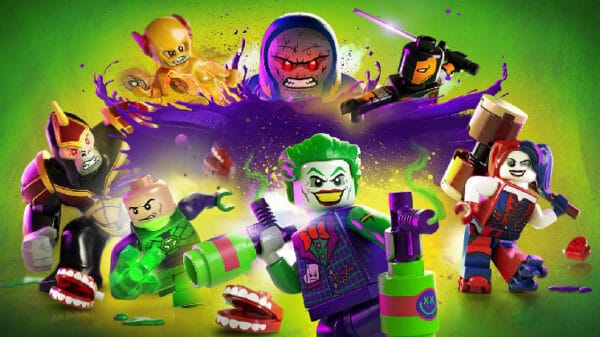 Building off of the Lego Batman series, Lego DC Super Villains explores the comic book company’s rogues gallery of villains like never before.

In it, you create and play as an all-new super-villain joined by evildoers for an action-packed adventure teeming with mischievous antics and chaos.

Set in an open-world inspired by the DC universe, it sees you assembling a band of misfits to uncover the mystery behind the Justice League’s recent disapperance.

The game features appearances from iconic DC super-villains like The Joker and Harley Quinn along with many more. 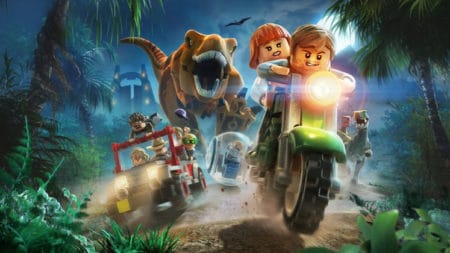 Each one is separated by a free-roaming overworld where players can explore the park to find hidden objects and secret areas.

While gameplay sticks to the tried-and-true format, new features like character customization and dinosaur breeding help shake things up. 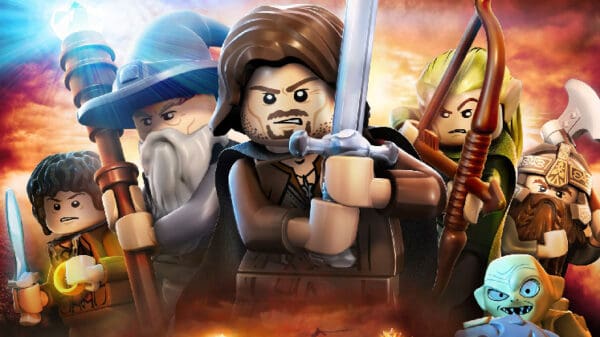 Lego The Lord of the Rings

Based on the LOTR trilogy of movies, Lego The Lord of the Rings adapts each film while taking players through the epic adventure ripe with humor and fun.

In it, you play as Fellowship characters Aragorn, Gandalf, Legolas, Gimli, and more as they set out to help Frodo destroy an ancient magical ring.

The game features a fully-explorable Middle-earth open-world where players can experience tough battles with Orcs and other fearsome creatures.

This is done by collecting and using a vast arsenal of weaponry and magical items, including swords, bows, Elven rope, and the covered Light of Earendil. 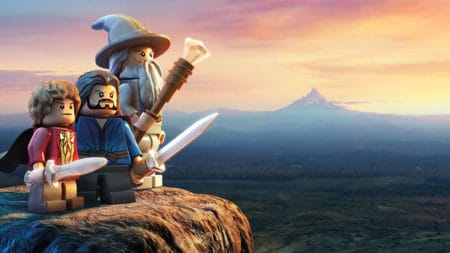 Serving as a follow-up to Lego The Lord of the Rings, Lego The Hobbit offers a lighthearted retelling of the first two films in The Hobbit trilogy.

In it, you play as Bilbo Baggins, Gandalf, and other recognizable LOTR characters as they help the Dwarves reclaim the lost Kingdom of Erebor.

Some new gameplay features include an emphasis on crafting, with players being able to obtain materials by destroying objects found in the world.

This one is a bit harder to find digitally as the licensing terms for the game expired at the end of 2018, so we recommend buying a used physical copy. 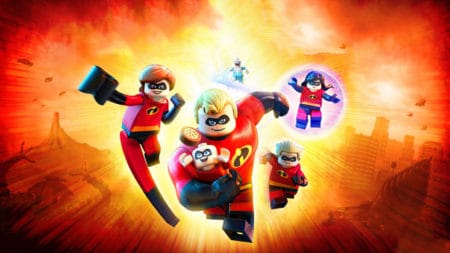 Lego The Incredibles faithfully retells both movies in the series with many in-game scenes presented as 1:1 recreations of their film counterparts.

The story campaign sees you going through the sequel’s plot entirely, before going back to the events of the first movie.

Gameplay remains largely unchanged but features an emphasis on two-player cooperation, with many puzzles having multiple interconnected parts.

Aside from playing as the heroic Parr family and their equally-gifted peers, Lego The Incredibles includes a character customizer that lets you make your own heroes.