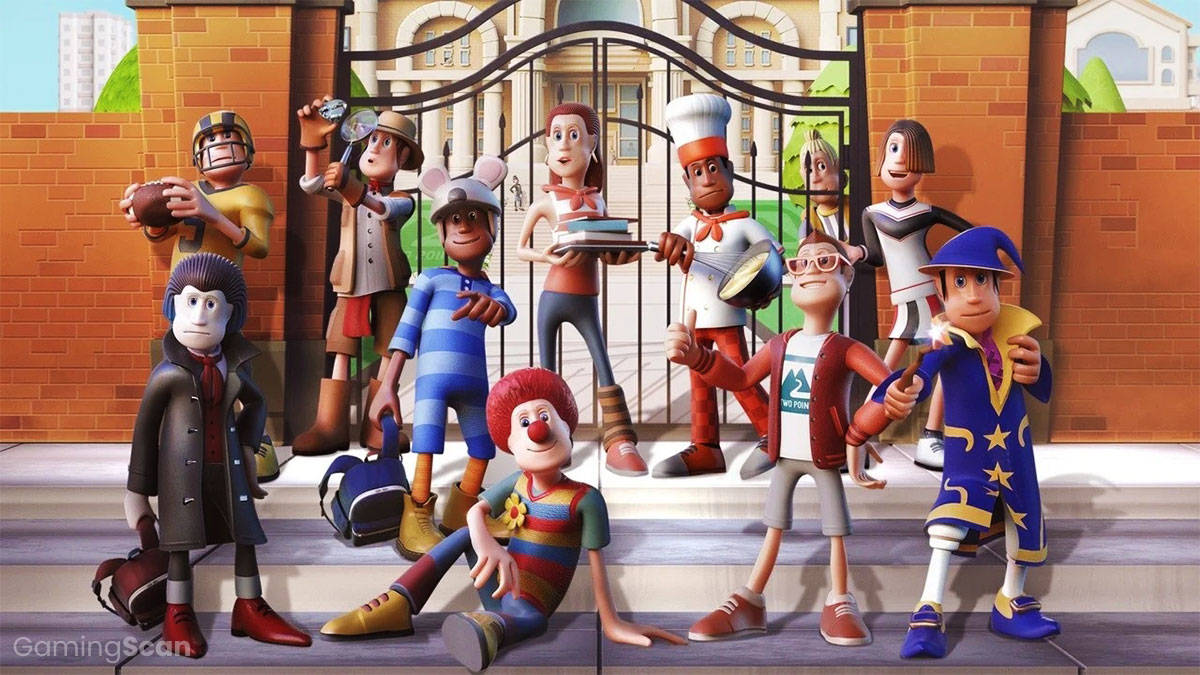 After partnering with Sega to release their debut title, the developer is back with a new business sim, this time one focusing on building and managing your own college campus.

For more gaming recommendations, make sure to browse through our other curated lists and let us know if we missed any of your favorite games similar to Two Point Campus!

Our first suggestion should come as no surprise to anyone who’s played and enjoyed both Two Point Campus and Two Point Hospital.

However, if you’re only familiar with Campus, then now is a great time to check out its predecessor considering both games have a lot in common visually, thematically, and gameplay-wise.

In Two Point Hospital, players are tasked with building medical clinics top to bottom while managing staff, patients, profits, décor, and much more.

Kairosoft is a beloved mobile game developer that’s been around since the mid-90s and is best known for making simulation games covering all sorts of genres and themes.

Furthermore, if Two Point Campus left you with an even bigger desire to create your dream school, then the company’s academic management sim Pocket Academy is worth looking into.

Designed for PC and mobile, the game sees establishing your own academy and running it as you see fit while designing classrooms, organizing school clubs, and even monitoring students’ relationships.

Real-life academia got you down? Why not spice things up with some magic in Spellcaster University from Sneaky Yak Studio.

Similar to Two Point Campus, this game puts you in charge of a university where you’ll have to construct rooms, manage students, and balance your budget.

The twist here is the school is full of magical protégés looking to expand their knowledge of spells while fighting fantastical beasts and discovering their true purpose.

Overcrowd: A Commute ‘Em Up

Commuting can be a tricky obstacle for college students in general but especially those attending schools in busy cities.

If you think you have what it takes to run a tight ship and build the most efficient metro stations the world has ever seen, consider picking up Overcrowd: A Commute ‘Em Up.

This 2.5D management sim tasks players with designing well-structured train stations that offer all the amenities a commuter could want while ensuring they make it to their destination on time.

On the other hand, if you’re ready to set your sights beyond the world of academia, you might want to try running your own trail-blazing tech corporation.

Like Two Point Campus, the game starts off simple before going in-depth with its various systems while allowing you to purchase materials, hire staff, and craft a wide range of automated goods.

In the unlikely event you forget to carry a 1 and end up committing fraud with your virtual company’s finances, some experience with running a prison might come in handy.

After all, correctional facilities and schools have much in common, though neither is as fun as managing your very own big house in Prison Architect.

This game puts you in charge of designing prison layouts, hiring workers, and managing inmates’ daily lives with respect for their individual needs and quirks.

It may surprise you to learn that Two Point Hospital isn’t the only medical business sim on the market, with Project Hospital being another hot contender.

In it, players juggle the roles of ace doctor, aspiring architect, and hospital manager using detailed gameplay systems that allow for robust customization.

Much like in Two Point Campus, players can work their way through structured campaign and challenge modes or get the creative juices flowing in sandbox.

Next up on our list is the colony-building sim Going Medieval, which sees you trying to rebuild civilization during the Dark Ages following a devastating plague.

After guiding the few remaining survivors to their new home, you’ll establish measures and defenses to prevent disease from spreading as well as invasions from outlaws, barbarians, and religious fanatics.

The game has some dark comedic undertones that mesh nicely with its management sim gameplay, with both components feeling very reminiscent of games like Two Point Campus.

If medieval life isn’t your bag, why not ditch humans altogether and instead lead a civilization of architecturally-gift beavers to salvation?

That just so happens to be the premise of Timberborn, a city builder currently in Steam Early Access that has you playing as one of two beaver factions with dedicated tech trees.

The goal of the game is to stockpile enough food and water to keep your colony alive throughout wet and dry seasons while advancing technology to unlock new features.

Another Early Access title that’s worth looking into is TasteMaker, a restaurant tycoon game that lets you roleplay as a restaurant owner with control over every aspect of the business.

This includes designing its location, decorating interiors, hiring staff, keeping the place clean, serving delicious food, and above all else, keeping your customers happy.

Like Two Point Campus, the game can play out in several ways depending on your personal goals while providing as much or as little depth as you feel comfortable with.

Not cut out for the restaurant business? Maybe try your hand at selling the finest wares these lands have ever seen in Winkeltje: The Little Shop.

In it, you’re tasked with building a shop from the ground up, filling it up with decorations and furniture, and managing the day-to-day operations of the shop.

Everything is filtered through an old-world fantasy motif that sees you selling a random assortment of goods ranging from nails and apples to swords and even magical love potions.

Of all of the different virtual businesses one could run, a theme park management sim will always be at the top of our list.

One of our favorites is Frontier Developments’ Planet Coaster, which serves as a spiritual successor to the iconic Roller Coaster Tycoon series where players create awe-inspiring theme parks.

Much like its predecessor and other games like Two Point Hospital, Planet Coaster gives you the tools to manage your business while making sure staff and customers are always satisfied.

Aside from roller coasters, your other option for attractions customers are willing to shell out money for is dinosaurs, assuming you have a few brachiosauruses lying around.

If not, look no further than Jurassic World Evolution 2, a management sim game based on the legendary film franchise that puts you in charge of making an original dinosaur-themed amusement park.

The sequel builds off of the original by expanding the scope and quality of its narrative campaign as well as introducing new tools and options for customizing buildings, staff, and dinosaur species.

For something a bit less extinct, try your hand at protecting real-life animals in Planet Zoo, another management sim that comes from the same developer behind Planet Coaster.

In it, players can discover and care for a wide range of wildlife with unique dietary, habitual, and social needs while keeping an eye on the staff, costs, and amenities required to run a successful zoo.

Like Two Point Campus, the game lets you get as micro or macro as you’d like by either following a single zookeeper during their career or becoming a franchiser overseeing an entire location.

When it comes to fun simulation games with endless amounts of content, none come even close to competing with RimWorld’s intelligent AI storyteller.

Building off of the basic premise of a group of colonists crash-landing on an alien planet, it sees you establishing a society where each member is valued, quirks and all.

Of course, things don’t always go as planned sometimes colonists’ interests will conflict with one another or a natural disaster will strike, forcing you to adapt and improvise as you play.

Oxygen Not Included is another darkly funny simulation game that casts you as the commander of a space colony living below the surface of an alien planet.

Devoid of any natural oxygen, the crew must work tirelessly to keep the station afloat by gathering resources and researching new technologies to improve living conditions.

Similar to Two Point Campus, each character in Oxygen Not Included has a distinct personality with likes and dislikes that can affect their behavior and work performance.

If you’ve ever dreamt of breaking out and starting your own game development studio, you’ll find plenty of titles to scratch that itch, with one of the more popular options being Mad Games Tycoon.

Here, we’re highlighting Mad Games Tycoon 2 as it’s the more recent installment and features expanded tools and systems for developing the games and consoles of your dreams.

In addition to researching, designing, and marketing new titles, players are tasked with building their own studios complete with decorations and amenities to keep staff in high spirits.

Since there’s often no replacement for the real thing, our final recommendation to Two Point fans is the original Theme Hospital from 1997.

Much like the Two Point series, the game sees you designing, managing, and maintaining a business with limited resources to start.

Players can pick up Theme Hospital digitally on GOG and Origin for under five bucks or for free via emulator. 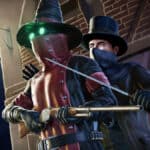