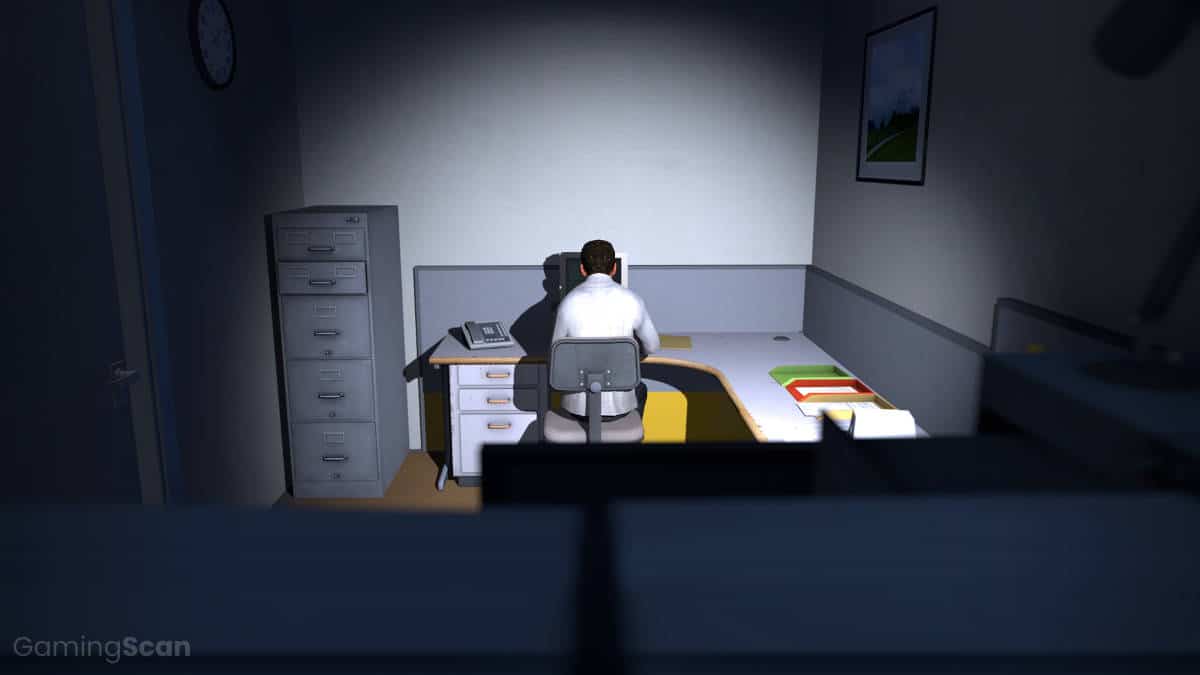 The Stanley Parable is a first-person interactive drama, known as walking sims, rich in both serious and comedic moments throughout its 19 possible endings.

Lacking any combat or action to speak of, most of The Stanley Parable is spent exploring a labyrinthian office building filled with Easter eggs and hidden gags accented by the game’s witty narrator.

Our first recommendation is another walking sim that takes place in an intriguing world with complex characters and mysteries to unravel.

Set during the summer of 1989, Firewatch is about a fire lookout named Henry who escapes from his messy life to work in the Wyoming wilderness perched high atop a mountain.

Using his handheld radio, Henry communicates with his supervisor Delilah as a strange, seemingly unexplainable chain of events starts to unfold in the forest.

Like The Stanley Parable, the game includes some light puzzle-solving and exploration, though the main focus is Henry and Delilah’s relationship and the history of the park itself.

The Beginner’s Guide is the follow-up to Davey Wreden’s The Stanley Parable and follows a similar interactive drama format.

In it, players explore a series of virtual environments created by a fictional game developer dubbed “Coda,” with Wreden himself fulfilling the role of narrator.

The game explores similar themes as The Stanley Parable, such as introspection and the relationship between developers and players, in addition to Wreden’s own struggles adjusting to his newfound fame.

Instead of multiple endings to explore, Wreden leaves things intentionally ambiguous to let players interpret the game’s story for themselves.

In Papers, Please, you play as an immigrant inspector on the border of Arstotzka, a nation experiencing high levels of political tension with its neighboring countries.

The game tasks you with assessing the legitimacy of applicants’ documents and reporting any discrepancies in an effort to prevent (or allow) potential terrorists from gaining entry.

As the story progresses, things start to spill over into your personal life, with both your family and livelihood at risk of being stripped away.

Like The Stanley Parable, there are several endings to its scripted story, precisely 20, including three ‘good’ ones and 17 possible ‘game over’ states.

Depending on your choices, each protagonist’s story can branch out in several ways, including death; if a character does end up dying, the plot moves forward without their involvement.

Like The Stanley Parable, this results in an assortment of possible outcomes to the story that goes beyond the traditional ‘good’ or ‘bad’ descriptives.

Headliner: NoviNews is a narrative-driven political simulation where you play as the editor of a popular newspaper tasked with approving and rejecting stories that cross your desk.

Using two stampers—a green checkmark and a red cross, you’ll shape the world outside your corporate bubble by exposing readers to headlines designed to trigger a reaction.

Topics can vary from arguing for or against nationalized healthcare to promoting a shady new alcoholic beverage owned by one of your investors.

Friends, family, and peers will often try to convince you to see things their way, though it’s ultimately up to you to decide what gets printed, resulting in several possible endings.

While its 2D presentation may seem like a grand departure from The Stanley Parable’s first-person 3D graphics, there’s a lot more going on in Thomas Was Alone.

On its surface, the game is about controlling different-colored rectangles as they run and jump their way through platforming levels and solve puzzles.

However, you quickly realize that these shapes have distinct personalities and motivations that intermingle and overlap to form friendships and tell their story.

Like The Stanley Parable, the game also has a quippy narrator to guide you through the myriad plot twists and character origin stories.

Another first-person puzzle-adventure game worth checking out if you enjoyed The Stanley Parable is Superliminal, which sees you volunteering for an experimental dream therapy program.

Soon after, your character finds themselves trapped in an alternate reality where their only way out is to follow the instructions of the game’s narrator, Dr. Glenn Pierce.

Most of the game’s puzzles are physics-based and use a mix of forced perspective and optical illusions that will have you thinking outside of the box, sometimes quite literally.

While it may not be as story-driven as The Stanley Parable, there are some intriguing mysteries to unravel, and the puzzle mechanics can be fun to mess around with.

Next up, What Remains of Edith Finch is a walking sim about the last living member of an eccentric family who returns to her now-abandoned home to relive her childhood memories.

The story centers on a perceived family curse, in which all but one member of every Finch generation dies under unusual circumstances.

As the game progresses, you learn more about each relative and witness their untimely deaths first-hand by exploring different rooms and playing through their memories.

Like The Stanley Parable, What Remains of Edith Finch includes an abundance of narrative threads to tug at despite having only one canonical ending.

Considering The Stanley Parable got its start as a mod for Half-Life 2, you can also draw some similarities with another Valve property set in the same universe.

Aperture’s various robots serve as the perfect vessels for sarcasm and slapstick gags that will keep you grinning as you try to solve increasingly tricky, borderline mind-bending puzzles.

The game’s superb puzzle-platforming gameplay is further complemented by fantastic writing that oozes dry humor and quippy dialogue at every turn.

Aside from experimental games like The Stanley Parable, most interactive dramas follow a linear format compared to a genre such as RPGs, which are notoriously multilayered both mechanics and story-wise.

One RPG that has a similar comedic tone as The Stanley Parable is The Outer Worlds, in which you’re assigned the monumental task of determining the fate of a starving space colony.

Every challenge can be handled in various ways based on your preferred playstyle, allowing you to talk yourself out of a jam through dialogue options or overpower enemies using plain-old brute force.

While the existence of combat and leveling up makes the game more demanding than The Stanley Parable, you can knock down the difficulty to breeze through the story and see every possible outcome.

Before striking gold with Among Us, Innersloth Co-founder Puff put out The Henry Stickmin Collection, a series of choose-your-own adventures originally released online in the late 2000s to early 2010s.

Henry has an arsenal of gadgets and weapons that allow him to approach each challenge in different ways, and it’s up to the player to decide how he proceeds, with the results playing out on screen.

Like The Stanley Parable, there are many possible outcomes based on your decisions, and the game does a great job of subverting your expectations of what could or should happen.

Do Not Buy This Game

Do Not Buy This Game is an upcoming walking sim with a meta-narrative premise in which the game’s creator tries to convince you not to buy it nor play it.

If you ignore their wishes and go ahead with making your purchase, you’re in for a meta-commentary adventure on game design rich with over-the-top jokes and gags.

While there’s currently little else known, we can assume there will be more than one definitive conclusion to its fever dream of a story.

If you enjoy The Stanley Parable’s ridiculous moments and overall weirdness, definitely consider wishlisting Do Not Buy This Game. 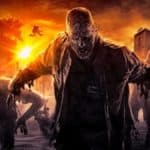