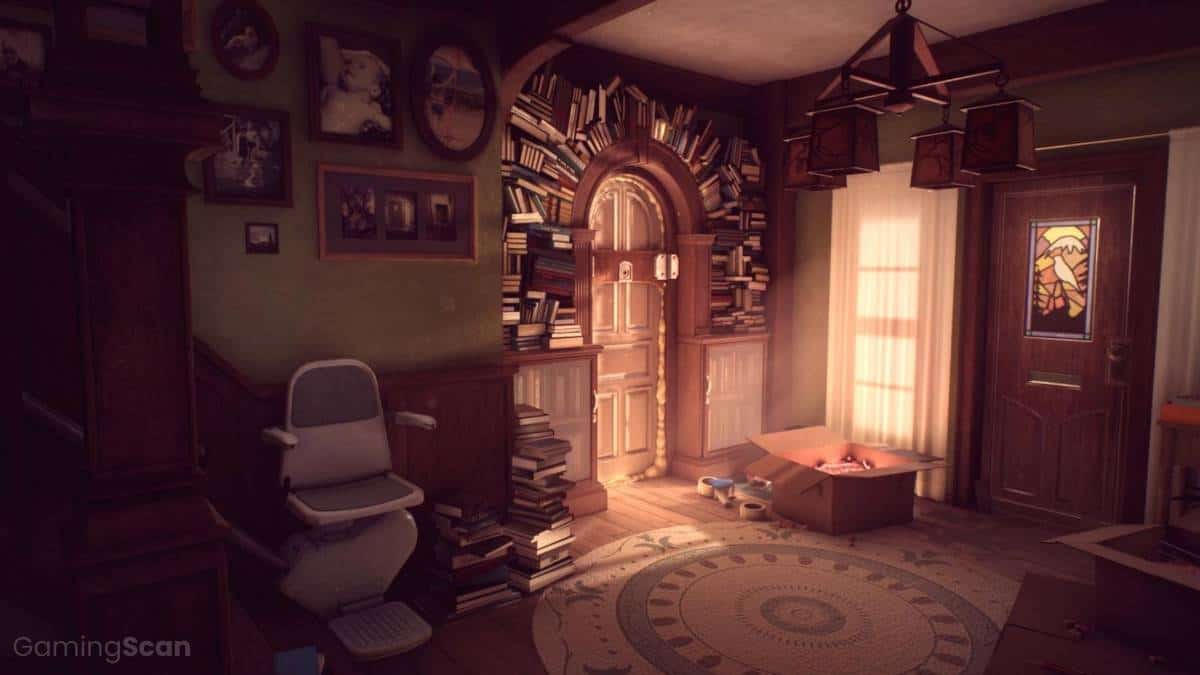 The term “walking simulator” originated in the early 2010s as a means of describing a new subgenre of games that started gaining traction around that time, and it initially bore a negative connotation.

It goes without saying that the point of these games is most certainly not to simulate walking. Instead, the term was coined because many narrative-oriented games started foregoing any real gameplay mechanics, which meant that the player needed to do little else but simply hold down the W key on their keyboard to progress.

What most walking sims have in common is that their primary focus is on the story, they are almost always played from a first-person perspective, and if they feature any gameplay apart from walking, it’s usually just puzzles.

In this game list, we’ll be listing some of the best walking sim games released so far, so if you’ve only recently gotten into the genre and are looking for games to try out, read on! 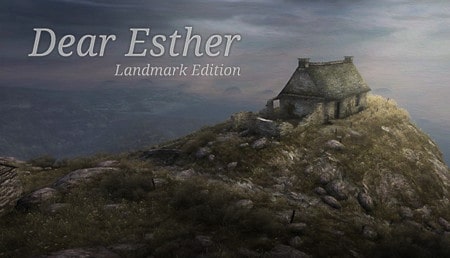 First up, we have a game that most see as the progenitor of all walking sims, as it was this one that inspired the slow-paced, story-oriented approach to game design – the 2012 game called Dear Esther.

The game takes place on an unnamed island in the Scottish Hebrides, the story is delivered mainly through the letters that the protagonist had written for his deceased wife, and more and more of the story is revealed as the player pushes forward across the island.

However, subtle clues are also left in the environment. Still, it’s ultimately up to the player to interpret the game, as no straightforward answers are provided regarding the overall story and the identities of the characters mentioned throughout the game.

Dear Esther was originally released as a mod for Half-Life 2 in 2008, and it was remade into a standalone commercial release in 2012. Moreover, it was ported to the Unity engine in 2017 and released once again as a Landmark Edition. 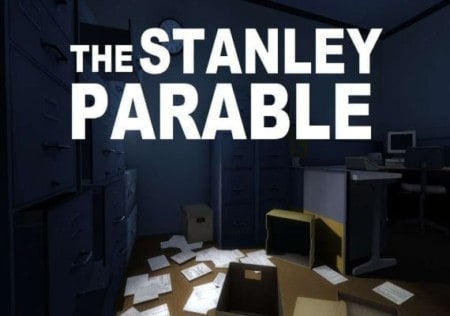 The Stanley Parable is a perfect example of creative storytelling, as it puts the player in the shoes of the titular protagonist, a regular office worker. At the same time, a seemingly omniscient, fourth-wall-breaking narrator provides directions and describes whatever is going on in the game as the player progresses.

What really gives The Stanley Parable its charm is the player’s ability to take different routes regardless of the narrator’s instructions, which is where the previously mentioned fourth-wall-breaking starts, and the story goes off the rails, diverging into a number of possible directions, many of which are downright bizarre.

Needless to say, The Stanley Parable isn’t your usual walking sim, and much like Dear Esther, it originally started out as a mod made for Half-Life 2 in the Source engine and is currently being remade in Unity, expected to launch sometime in 2020. 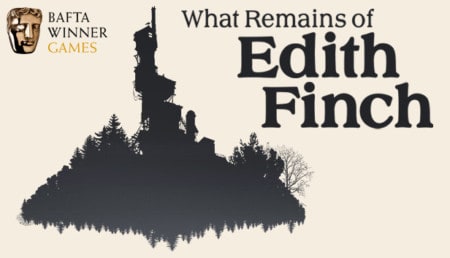 Widely regarded as one of the best if not the best walking sim-style game ever made, What Remains of Edith Finch is a highly creative take on this subgenre.

In the game, the player explores the detail-rich interior of the Finch family house, gaining insight into the lives of its deceased inhabitants. However, it also features plenty of creative gameplay segments that move away from the standard walking sim template, each unique in its own way, as it briefly allows the player to see through the eyes of other family members.

At the end of the day, these segments, the care that was put into the environment design, and the way that the story is presented all make What Remains of Edith Finch an unforgettable experience that is an absolute must-play if you’re a fan of this subgenre. 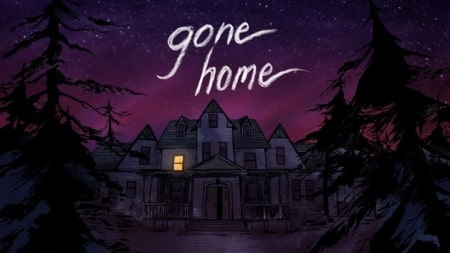 Next, we have Gone Home, another great game that has some similarities to What Remains of Edith Finch, though it’s not entirely on the same level as far as the overall execution is concerned.

Much like the title mentioned above, Gone Home has the player explore their now-empty family home, as the name suggests. However, this game has more of a slight horror vibe to it due to its dimly lit environments that stand in stark contrast to the more fantasy-oriented interiors seen in What Remains of Edith Finch. 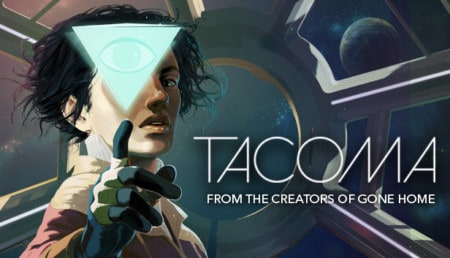 Coming from the developers of Gone Home, Tacoma has a number of things in common with its predecessor, but it also differs in several ways.

Most notably, it takes place inside of an orbital space station, with the protagonist, Amy Ferrier, acting as a corporate operative dispatched to retrieve the data and the core of the station’s AI called ODIN. Along the way, the player explores the station and can gain insight into the lives of the crew with the help of audio recordings that come complete with AR holograms of the crew members.

While the character holograms come across as a bit cheap, the graphics are otherwise quite good, and the environments were designed with a lot of attention to detail. The sci-fi setting works quite well, and while the game is extremely short and the plot and the characterization can feel a bit lackluster at certain points, it still easily ranks among the better walking sims that you’ll come across.

SOMA is a game developed by Frictional Games, the horror masterminds behind Amnesia: The Dark Descent. Now, while SOMA wasn’t originally envisioned as a walking sim but a full-fledged horror game with enemies that would pursue the player, the developers did add a “safe mode” later on that essentially turns the game into one by making all of the enemies completely passive.

In safe mode, the player is free to explore the environments of the underwater Pathos-II research facility without fear of any real threats. So, if you don’t care about horror games and are all about story and exploration, then being able to play SOMA in this mode is bound to appeal to you.

The game tackles some interesting themes, mainly existential ones, and the story is well thought-out and impactful. On top of all that, the atmosphere, the soundtrack, and the environment design all come together to make SOMA an unforgettable experience. 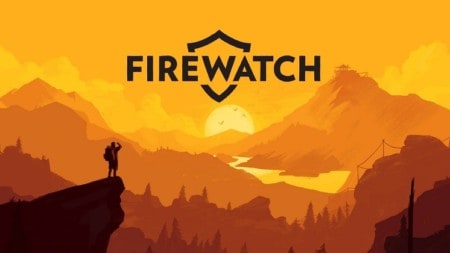 Moving on, we get to Firewatch, a game that has received multiple awards and was generally met with favorable reception among critics.

Taking place in Wyoming in 1989, the game puts the player in the shoes of Henry, a man who decided to take a job as a fire lookout in the Shoshone National Park as a means of getting away from some of his “real-life” problems.

Unlike most walking sims that have little to no character interaction and dialogue, Henry talks a lot throughout the game via walkie-talkie with his supervisor, Delilah, which allows the game to develop the two characters rather well.

Overall, Firewatch is a very well-executed game that delivers a great atmosphere, very human characters, and an all-around emotional story that is guaranteed not to leave you feeling indifferent by the time the credits roll. 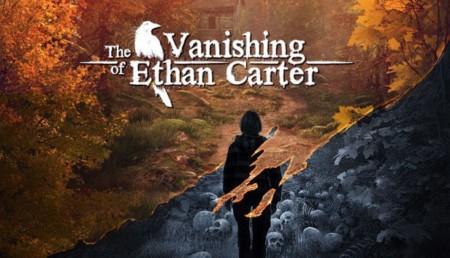 The Vanishing of Ethan Carter

Next, we have The Vanishing of Ethan Carter, a game that’s a bit more macabre than most walking sims, as it has the player assume the role of a paranormal investigator named Paul Prospero, who is looking into the disappearance of the eponymous character, Ethan Carter.

As they explore the abandoned town of Red Creek Valley, the player will have to solve a number of puzzles, mostly reconstructing murder scenes, in order to reach the game’s true ending. It has some paranormal Lovecraftian undertones and a brief horror game-inspired stealth section, but the atmosphere, the story, and the puzzles are what comes first.

All in all, there isn’t much to say about the game that hasn’t been already said about the previously-mentioned walking sims. It looks great (especially the remastered Unreal Engine 4 version); it has great atmosphere, and all the different side stories that the player will encounter along the way provide a nice sense of variety. 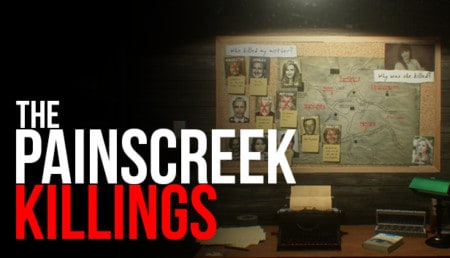 If you liked the murder-mystery vibe of The Vanishing of Ethan Carter, then you’re bound to adore The Painscreek Killings.

The player takes over the role of Janet, a young journalist set on exploring the mysterious disappearances of the inhabitants of the town of Painscreek. Its semi-open world allows a degree of freedom not usually seen in walking sims, all the while the puzzles are designed to mimic real-world investigation, making the game even more immersive but also more challenging.

Ultimately, The Painscreek Killings is more than an average walking sim and can take anywhere from ten to twenty hours to complete, according to the developers. Needless to say, up to twenty hours of content in a 20-dollar game is an excellent deal, but if you prefer games that don’t require you to go off the beaten path, this one might not be for you. 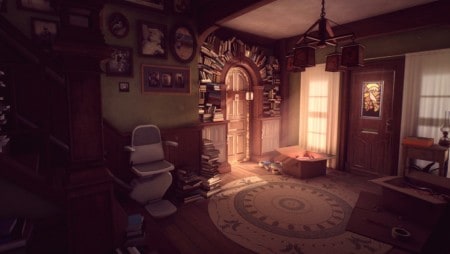 And that would be our selection of the best walking sims released so far. Naturally, there are a ton of games in this subgenre out there, so if we have overlooked any of your favorites, let us know in the description and we’ll see about adding it to the list in the future! 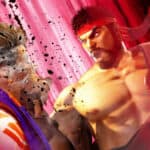