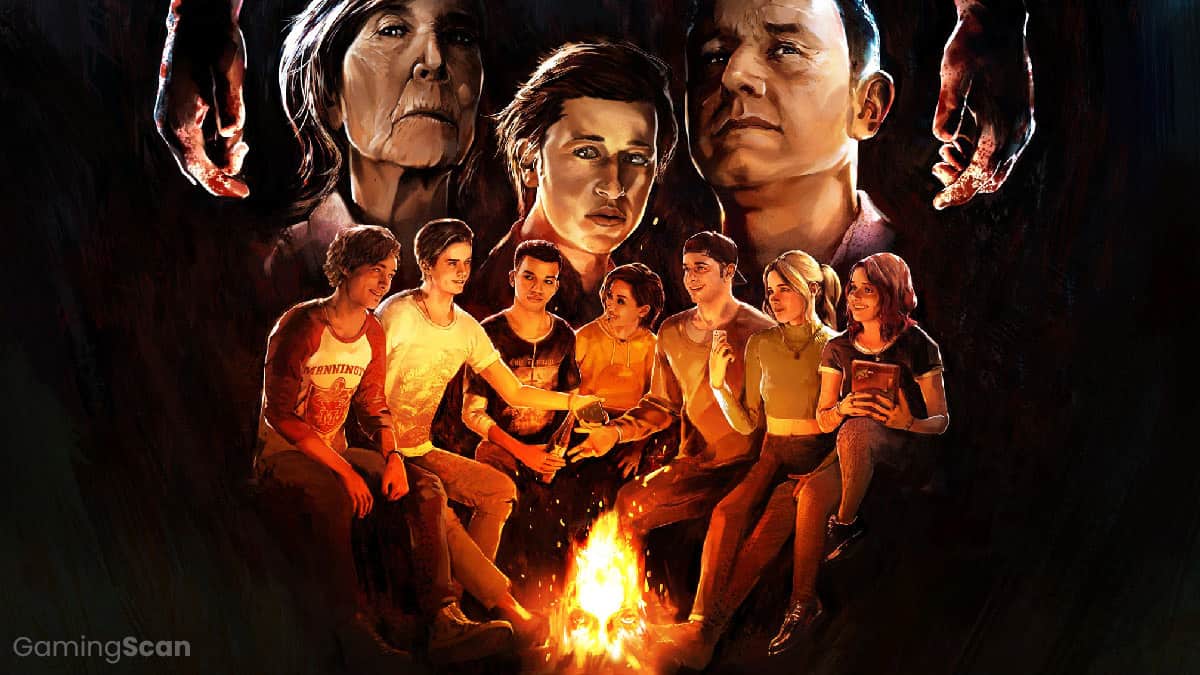 The Quarry is the latest title to come from Supermassive Games, best known for interactive cinematic thrillers like Until Dawn and The Dark Pictures Anthology.

Much like its predecessors, The Quarry revolves around choice-driven gameplay that impacts which characters make it out alive and which meet their untimely demise.

In this list, we’ll explore games with similar mechanics and themes by highlighting the best games like The Quarry on Steam, PlayStation, Xbox, and Nintendo Switch.

Gerda: A Flame in Winter

Our first suggestion for fans of The Quarry craving more narrative-driven adventures is Gerda: A Flame in Winter, developed by PortaPlay and published by Don’t Nod.

Set during WW2, the game casts you as a quiet nurse whose entire life becomes upended when her small Danish village is occupied by German forces.

To protect her and her loved ones, Gerda must navigate Tinglev with caution, choosing carefully who to trust, obey, and avoid.

Like The Quarry, players can shape Gerda’s story by collecting items, talking to characters, and exploring multiple branches and endings.

Supermassive Games isn’t the only developer interested in crafting interactive cinematic experiences, with new studios like Interior Night making a big splash in 2022.

Founded by a former creative director at Quantic Dream, the studio’s debut title is As Dusk Falls, a story-rich drama adventure that focuses on the intricate lives of two families across thirty years.

Starting with a robbery-gone-wrong in 1998, the game’s story slowly unravels to reveal an uncompromising about betrayal, sacrifice, and resilience.

Every decision made by the player will lead to vastly different outcomes for characters while revealing hidden nuances that can be retained for future playthroughs.

Don’t Nod is another well-established developer in the interactive fiction space that’s best known for the Life Is Strange series of choose-your-own-adventure games.

Recent years have seen the developer branching out to tell new stories such as Twin Mirror, a thrilling narrative experience about an ex-investigative journalist with a troubled past.

After returning to his small hometown of Basswood, West Virginia, Sam Higgs quickly finds himself drawn to the town’s mysteries and sets out to uncover the truth.

To do so, players must explore Sam’s past reliving his old memories and reconstructing events while making decisions that affect both the investigation and his relationships.

Longtime fans of Supermassive titles will already be familiar with the studio’s unique approach to incorporating multiplayer into each of its games.

The Quarry follows in the footsteps of its predecessors by allowing you to take turns controlling different characters as well as watch along and vote on key decisions.

Another game that layers social multiplayer elements onto its core gameplay experience is the indie horror mystery Mirror Layers.

In it, players set out to solve challenging puzzles by inspecting items and interacting with other players through an in-game social network called Propaganda.

While the Resident Evil series may be best known for its challenging survival horror gameplay, Village is somewhat of an exception that plays more fast and loose with its horror elements.

This, coupled with the fact it explores more supernatural themes compared to previous entries, makes it a great alternative to The Quarry.

In it, players reprise their role as Resident Evil 7’s Ethan Winters as he sets out to rescue his newborn daughter after she’s kidnapped and brought to a remote village.

What ensues is an action-packed rollercoaster filled with werewolves, creepy dolls, and other supernatural oddities that make for a surprisingly cinematic experience with twists and turns.

In it, players follow a vacationing teenager named Alex as she and a group of friends travel to an island for a weekend getaway.

After suggesting they investigate a local myth about certain radio frequencies allowing you to make contact with spirits, things quickly spiral out of control.

Similar to The Quarry, Oxenfree places a big emphasis on dialogue-driven choices that affect the story and the protagonists’ relationships with different characters.

Our next suggestion for fans of The Quarry is Hidden Agenda, another interactive cinematic thriller penned by Supermassive Games.

Exclusive to the PlayStation 4, the game utilizes the console’s PlayLink feature to allow you and your friends to use your smartphones as controllers.

Up to six people can play together and the goal of the game is to work together to solve a mystery while also carrying out secret “hidden agendas” without raising suspicion.

Similar to The Quarry, players are given many opportunities to cast their vote and affect the outcome of key story events.

As mentioned at the top, The Dark Pictures Anthology is another Supermassive Games series that consists of multiple seasons and installments.

So while The Quarry may not be officially part of the series but rather a standalone spiritual successor to Until Dawn, it shares much of its DNA with The Dark Pictures games.

This includes the three previously released entries: Man of Medan, Little Hope, and House of Ashes, as well as the upcoming The Devil In Me due out in November 2022.

Each game touches on a different supernatural or horror theme with storytelling and gameplay very reminiscent of that of The Quarry.

There’s bound to be a portion of gamers whose first exposure to Supermassive Games’ body of work is The Quarry.

If you fall into this camp, you’re in luck, as it means you can experience the studio’s claim to fame with fresh eyes and see where it all started.

In Until Dawn, players follow a group of young adults in a seemingly isolated snow-capped cabin where they’ve gathered to celebrate the anniversary of their friends’ deaths.

As the night progresses, increasingly strange events cause the group to split out in search of answers, resulting in branching storylines that come together in one final dramatic conclusion.

The Inpatient is another PlayStation-exclusive title that was released during the PS4 era and requires the use of the PSVR headset peripheral.

Positioned as a prequel to Until Dawn, it casts players as an amnesiac patient who ends up in the historically controversial Blackwood Sanatorium institution during the 1950s.

Much like The Quarry, The Inpatient’s gameplay revolves around narrative-driven sequences with branching choices based on interactions with different characters.

There are plenty of scares and plot twists to experience along the way but perhaps not enough to warrant trying to play if you don’t already own a PSVR headset.

Based on the popular zombie series, Telltale’s The Walking Dead is a story-rich adventure game spanning multiple episodes and seasons.

In it, players follow a convicted criminal who’s given a second shot at life after crossing paths with an orphaned girl during a zombie apocalypse.

Together, the two characters embark on a harrowing mission to survive while encountering a host of diverse characters with both good and bad intentions.

The best way to experience the series in 2023 is via The Telltale Definitive Series, which bundles together every season with graphical enhancements and bonus content.

The Evil Within Series

The brainchild of Resident Evil series creator Shinji Mikami, The Evil Within is a well-crafted action horror game franchise whose story is told over two main games and several expansions.

Throughout the series, you play a detective searching for his missing daughter before stumbling upon a supernatural horror nested deep within his own psyche.

Venturing into his own horrific mind palace, Detective Sebastian Castellanos is forced to confront his own demons while scavenging for supplies to stay alive.

The horror elements in this game are played up well, delivering just as many creepy and unsettling moments as in The Quarry.

Another somewhat underrated recommendation that may appeal to fans of The Quarry, Vampyr sells itself as a vampire RPG with supernatural themes.

The story centers on a doctor-turned-creature-of-the-night and his journey of trying to navigate the streets of London while searching for his next meal.

It’s left up to the player to decide how Dr. Jonathan Reid lives his life as a bloodsucker, choosing to feast on innocent humans, get by on meager rats, and either align or wage war with other vampires.

Depending on the choices made, he will acquire a wide range of skills and abilities as well as trigger different events in the story.

Our final recommendation to anyone who enjoyed The Quarry is Heavy Rain, another narrative-driven interactive experience that comes from French game developer Quantic Dream.

Released early in the studio’s history, the game focuses on three protagonists tasked with identifying and locating an elusive murderer dubbed “The Origami Killer.”

Guiding each character through separate vignettes, players must respond appropriately to various quick-time events and dialogue-driven interactions to further their investigation.

This is very reminiscent of The Quarry’s choice-driven gameplay as the story and ending will change based on actions taken by the player. 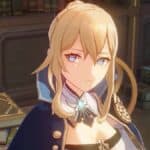