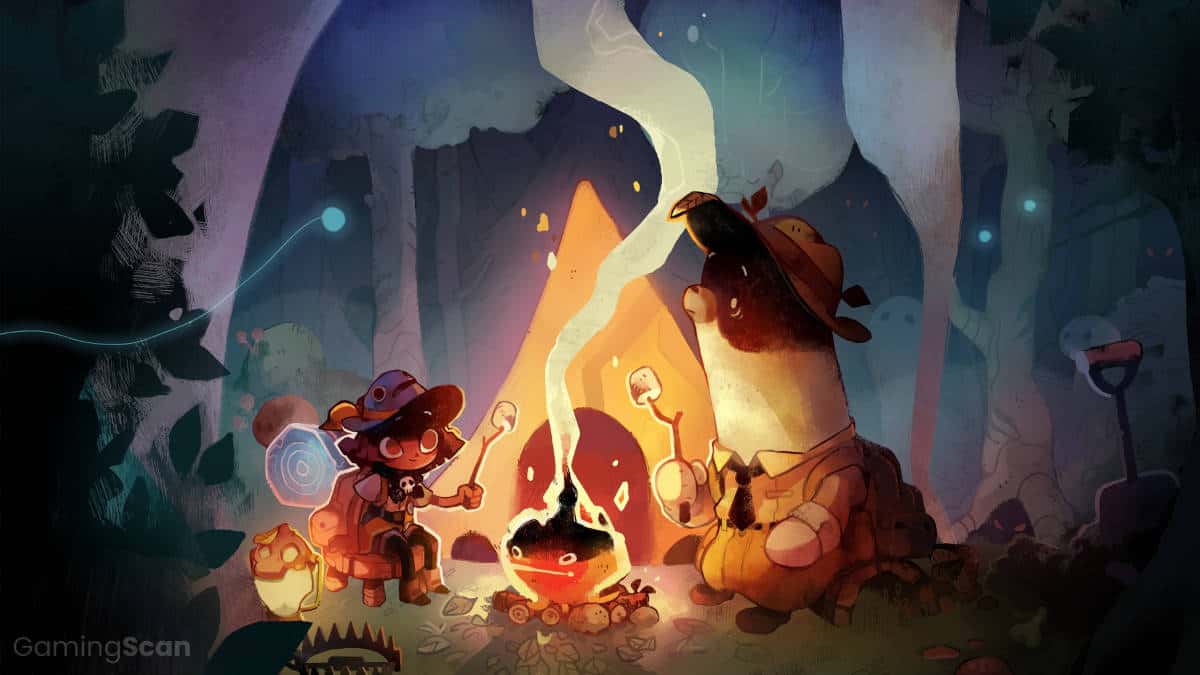 Real-life is often less exciting than playing video games, so much so that an entire genre was created for the purpose of living through virtual avatars, known as life sims.

While still relatively niche, most life sims have straightforward mechanics and simple controls that can appeal to casual and core gamers alike, with popular examples being The Sims and Animal Crossing.

One of this year’s indie sleeper hits is Cozy Grove, a 2D life sim that sees you camping on an ever-changing island haunted by friendly ghosts.

As a Spirit Scout, you’re tasking with exploring the island’s forest each day, searching for hidden secrets, fishing, and completing favors for the local spirits.

Objects you find can be crafted into decorations that help spruce up the island’s appearance and restore some much-needed color and joy.

Completing the main story will take you roughly 40 hours, and since the game is synced to real-world time, you’ll find yourself checking in on Cozy Grove daily.

Not Tonight is a life sim RPG set in an alternative Britain where Brexit talks have collapsed, and an extreme far-right government has risen to power.

You play as a bouncer assigned to man the doors of pubs, clubs, festivals, and parties throughout the UK, where you’ll check IDs, manage guest lists and prevent partygoers from becoming unruly.

Outside of gigs, you can use your earnings to upgrade your apartment and purchase new bouncer equipment to tackle new challenges you encounter.

The game does a great job of getting you invested in its politically charged story, often testing how far you’ll go to protect an oppressive regime or defy its rules and rebel.

Although Animal Crossing has been around for years, Nintendo really hit it out of the park with the latest installment, Animal Crossing: New Horizons, released for the Switch in 2020.

The series has always focused on letting players tailor things to their liking, whether decorating their town or populating it with a cast of animal villagers with unique personalities.

New Horizons takes the classic formula to new heights by introducing a new crafting system as well as the ability to modify your deserted island with paths, rivers, and cliffs whenever you want.

While there are also many new items to catalog, animals to befriend, and loans to pay off, you’re encouraged to take things one day at a time.

Ooblets is a refreshing take on the life sim genre that feels like the “greatest hits” mashup of Animal Crossing, Harvest Moon, and Pokémon.

In it, you assume control over a customizable character that lives in a world where humans and adorable creatures known as “ooblets” coexist.

Ooblets come in all shapes and sizes and, after some convincing, will join your party and follow you around everywhere you go.

You can battle other ooblets, throw dance parties, and even combine traits from different ooblets to create new ones by planting seeds in your garden.

If there’s one thing real life could use more of, it’s dogs, specifically cute mutating dogs who move around awkwardly.

Wobbledogs tasks you with raising an army of virtual pets in a customizable 3D sandbox with rooms you can rearrange to get your pups to socialize.

While the gameplay is meant to be casual and chill, you’ll find Wobbledogs’ systems are surprisingly deep, going as far as to physically simulate your dogs’ intestinal tracts.

This plays a vital role because as pups age, they’ll undergo changes to their physiology based on what they eat and how physically stimulated they are, so you’ll want to make sure to balance the two.

Whether you want to build a criminal empire, explore outer space as an astronaut, or become the most beloved gardener in all of Willow Creek, Sims 4 has practically every walk of life covered.

That’s without even mentioning its robust building tools that allow you to turn your dream home into a virtual reality.

If you’re playing on PC, you can unleash your imagination and get creative with the best Sims 4 mods available to download.

There’s a day/night cycle that encourages you to plan out your activities ahead of time, including exploring mines, talking to neighbors, tending crops, or just hanging out at the local bar.

The citizens of Stardew have distinct personalities that really make them come to life and encourage you to make friends, single out your rivals, and even get married.

Since we’ve already recommended a life sim for dog lovers, it seems only fitting to include something for the cat community.

Cattails is a unique animal RPG with cute pixel art that has you stepping into the paws of a customizable feline living out their wildest dreams.

The game features an expansive open world where you’ll have to hunt, socialize, and explore to survive and eventually start your own family by raising a litter of kittens.

Along the way, you’ll battle with rival colonies, dig for treasure in hazardous caves, participate in festivals, and fill up your den with decorations and amenities.

My Time At Portia

My Time at Portia is a farming life sim RPG set in a collapsed world where the remaining humans have consolidated to rebuild civilization in a small rural town.

Gameplay is broken up into managing and upgrading a farm, crafting new tools in workshops, and exploring caves containing valuable resources and ancient relics.

Of course, you’ll also have a chance to get to know the other villagers and what makes them tick throughout its 60+ hour campaign.

No need to worry, considering the game encourages you to take things slow and soak up Portia’s irresistibly cozy scenery.

Another life sim with a farming component is Littlewood, a 2D game that uses retro-inspired pixel art to create a sense of nostalgia reminiscent of the 8 and 16-bit eras.

The game tasks you with rebuilding Littlewood its former glory by venturing out into the vast world of Solemn to gather resources and recruit new residents.

Cladmen is an open-world RPG with life sim elements about a man who turns to a life of crime after his mother falls ill.

In order to earn enough money to save her, you’ll have to learn how to cook illegal substances and sell them while avoiding the police.

The game provides you with plenty of tools and opportunities to expand your business and push out the competition.

There are multiple endings depending on the decisions you make throughout the story, which warrant multiple playthroughs to see them all.

Calico fulfills every cat lover’s dream by putting you in charge of rebuilding the town’s local cat café and filling it with an assortment of cute and fuzzy animals.

It’s a lot similar to games on this list like Animal Crossing and Ooblets but with a cat-business twist that’s both satisfying and highly addictive.

You can wear different outfits, name and pet any cats you befriend, and explore the world with an army of adorable felines in tow.

There’s also a decorating mode that lets you place furniture throughout the café as well as create delicious-looking desserts for all your new customers.

Part management, part life sim, Travellers Rest is set during the medieval ages and sees you running a small tavern with thirsty customers.

The game tasks you with keeping patrons’ glasses topped with their beverage of choice while cooking food and upgrading the bar’s amenities.

There are also plenty of opportunities for customization; from your character’s appearance to the bar’s layout, you have a lot of freedom to influence the world around you.

The next cozy life-sim we have to recommend is Hokko Life, a Steam Early Access title that sees you transported to a magical town where animals can walk, talk, and request favors.

After taking over the old workshop, you’ll get started on crafting unique furniture and decorations for you and all your neighbors.

When you’re not hammering away at your workbench, you can explore activities like fishing, bug collecting, farming, and more.

What sets Hokko Life apart from games like Animal Crossing and The Sims is its expanded customization tool that lets players fine-tune decorations to create personalized furniture.

Lastly, Paralives is an upcoming life sim that’s already proving to be a lot more ambitious than any other game in the genre.

Despite being made by a small team of indie developers, the game will tackle a host of features fans have been requesting from popular life sims for years.

You’ll manage your avatar’s day-to-day activities not only at home but outside in the game’s open-world complete with various shops, parks, and workplaces where you may run into other players. 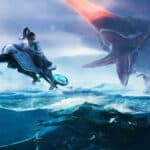