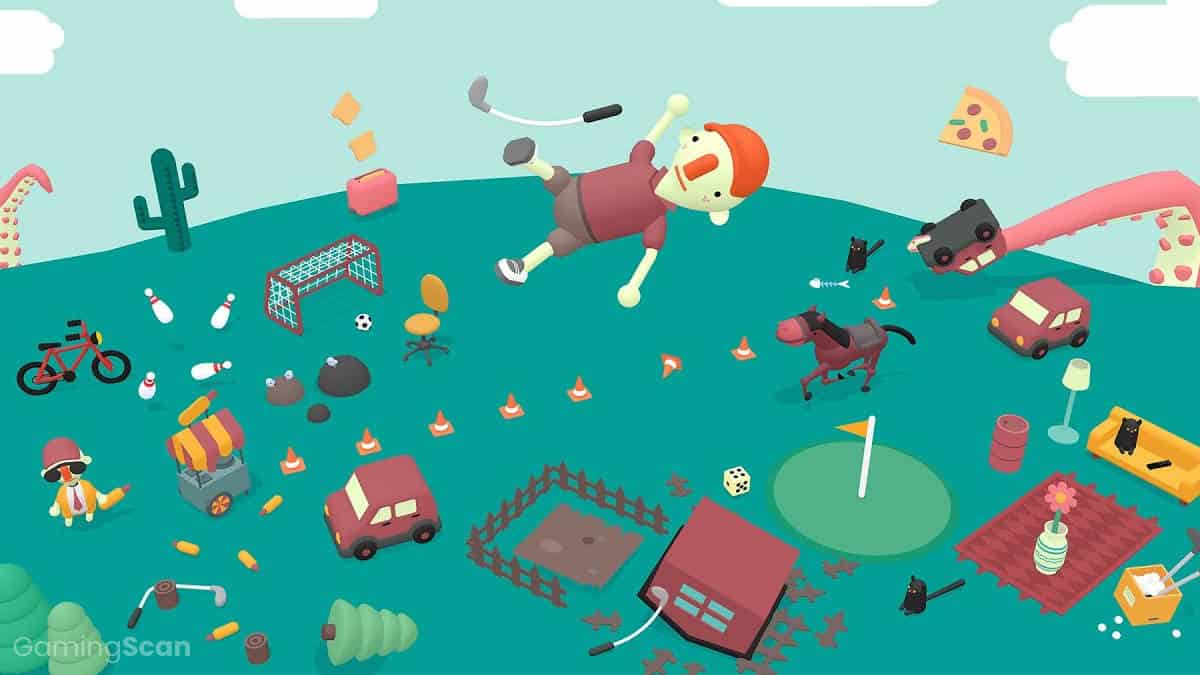 From casting you as the bad guy to having ridiculously easy gameplay and hilarious writing, you’ll find video games can be just as humorous as TV and movies.

In this list, we’ll highlight the best comedy games to check out in 2022 on PC, Xbox, PlayStation, and Nintendo Switch.

There Is No Game: Wrong Dimension

To get us started, we have a parody game that pokes fun at different iconic video game franchises such as Pac-Man, The Legend of Zelda, and Day of the Tentacle.

There Is No Game plays like a WarioWare title complete with random mini-games, interactable environments, and clever riddles that require you to think outside the box.

There are also plenty of Easter eggs, nods to some of our favorite games, and a hint system for when you get stuck.

If our word’s not enough, you can check out the game’s Steam page for yourself to get a feel for its silly tone and visual presentation.

Other than spawning some of the best fowl-related memes to date, Untitled Goose Game offers a humorous, albeit simplified stealth experience centered on unruly geese.

In it, you and a friend control maniacal fowls whose sole purpose is to annoy their fellow man in just about every imaginable way.

Sandbox environments are packed with random items that can be interacted with in unique ways, mainly to upset any nearby humans.

While UGG may not offer the most extensive or robust stealth-based gameplay, it’s good for a few laughs with friends or family.

As its name suggests, Totally Accurate Battle Simulator is a game where you can simulate battles using a poorly optimized physics engine.

The game allows you to recreate wars throughout history, ranging from medieval battles to modern warfare, and even dabble with witches and skeletons.

There’s something so enticing about coming up with a ridiculous strategy, such as using seven wheelbarrows to defeat an army of Roman soldiers, but it’s even better to witness the chaos unfold firsthand.

At any given moment, you can take control of one of your units and either swing the odds in your favor or make things much worse.

Social deception games like Among Us are already ripe for hilarious unscripted moments, so it’s no surprise that things get even funnier when you throw ducks and geese into the mix.

Goose Goose Duck tasks 16 players with keeping a spaceship by completing various tasks and keeping an eye out for any potential ducks that may sabotage their operation. Sound familiar?

Well, the twist is each player is assigned a special role they’re expected to carry out in addition to sussing out potential imposters.

The game also features in-game proximity voice chat, tons of cosmetics to customize your mischievous mallard, 2+ maps, and over 3 game modes, including Classic, Hide and Seek, and Goose Hunt.

Like a Dragon continues the Yakuza series’ reputation for having larger-than-life characters and poking fun at taboo topics most games wouldn’t dare address.

Gameplay diverges from the traditional beat ’em up combat found in most Yakuza games to turn-based battling with RPG mechanics and a four-person party system.

Sandboxes make for some of the funniest video games, mainly because of how unpredictable things get when multiple gameplay systems start to collide.

In Just Die Already, you play as an angry elderly person who’s kicked out of their retirement home and decides to unleash their wrath on the general public.

The game’s open-world is stuffed to the brim with weapons, vehicles, and other interactable objects you can use to harass dynamic NPCs who react differently based on their age.

Considering it was made by the same devs who brought us Goat Simulator, there’s a good chance you’ll stumble upon some secrets and hidden paths as you explore the game’s detailed environments.

Garry’s Mod is a physics sandbox that lets players create their own video game fantasies in a safe and welcoming environment backed by a passionate community.

Whether you’re looking to make your own game, design levels, browse creations, or just cause chaos with friends, there are plenty of mods and assets to explore and mess around with.

The game’s humor comes from its high degree of randomness; you never know who or what you’re going to encounter.

Familiarize yourself with the tools and controls before making something…maybe a challenging platforming level for your friends to attempt? You’ll probably get a kick out of watching them fail over and over again.

Human: Fall Flat is a puzzle platformer with wonky physics that significantly benefits from couch co-op, allowing you to talk things out as you and your buddies traverse obstacle-laden levels.

It’s one of those kinds of games that gets better the less coordinated you and your teammates are, resulting in laugh-out-loud moments and a fair share of headaches.

Ultimately, it all feels worth it once your squad manages to reach the end of a level after the umpteenth attempt and join hands to celebrate.

Developer No Brakes Games has rolled out consistent content updates since the game’s launch, adding new free levels, character costumes, and other goodies that warrant coming back.

By now, Valve’s ability to churn out innovative video games is already well-documented, with Portal 2 securing a spot right at the top of the company’s best efforts.

The game’s superb puzzle-platforming gameplay is further complemented by fantastic writing that oozes dry humor and quippy dialogue at every turn.

Aperture’s various robots serve as the perfect vehicles for sarcasm and slapstick gags that will keep you grinning even while stuck trying to solve an especially tricky puzzle.

Before striking gold with Among Us, Innersloth Co-founder Puff put out The Henry Stickmin Collection, a series of choose-your-own adventures originally released online in the late 2000s to early 2010s.

The gags are hilarious, and the game does a great job of subverting your expectations of what could or should happen when you choose a certain path, resulting in laughing out loud moments throughout.

Initially conceived as a mod for Half-Life 2, The Stanley Parable is a beloved walking sim game centered on a mysterious yet charismatic narrator and an office drone named Stanley.

One day, Stanley realizes everyone in his office has disappeared, and he can hear a mysterious voice, prompting him to start digging around.

What ensues is a meta-level choose-your-own-adventure that pokes fun at video game storytelling, corporate work culture, and the importance of choice.

The game has 19 different endings, many of which are comedic gold, and after stumbling across just one, you’ll find yourself racing to experience them all.

Self-described as “the golf game for people who hate golf,” What the Golf? is a mini-game collection that pokes fun at the mechanics and structure of traditional golf in video games.

In one level, you’ll find yourself orbiting planets as you golf in space; in another, you’ll be smacking an entire house around as if it were a golf ball.

The game references familiar video game tropes throughout, and some levels serve as full-blown parodies of popular franchises like Super Mario, Rocket League, and more.

You can tell from playing that the developers had a lot of fun dreaming up each level and finding new ways to surprise the player.

To wrap up this list, West of Loathing is a slapstick comedy RPG that tells a Wild West adventure about stick figure cowboys.

It features a sprawling open world filled with eccentric characters with questionable moral compasses and the occasional quest to offer.

While combat is carried out in turn-based battles, you’ll find yourself rushing to get back to interacting with NPCs and seeing what nonsense they have to spew.

Along the way, you can customize your stick figure cowboy and equip over 50 different hats to impress the local Cow Puncher, Beanslinger, or drunken horse. 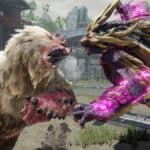