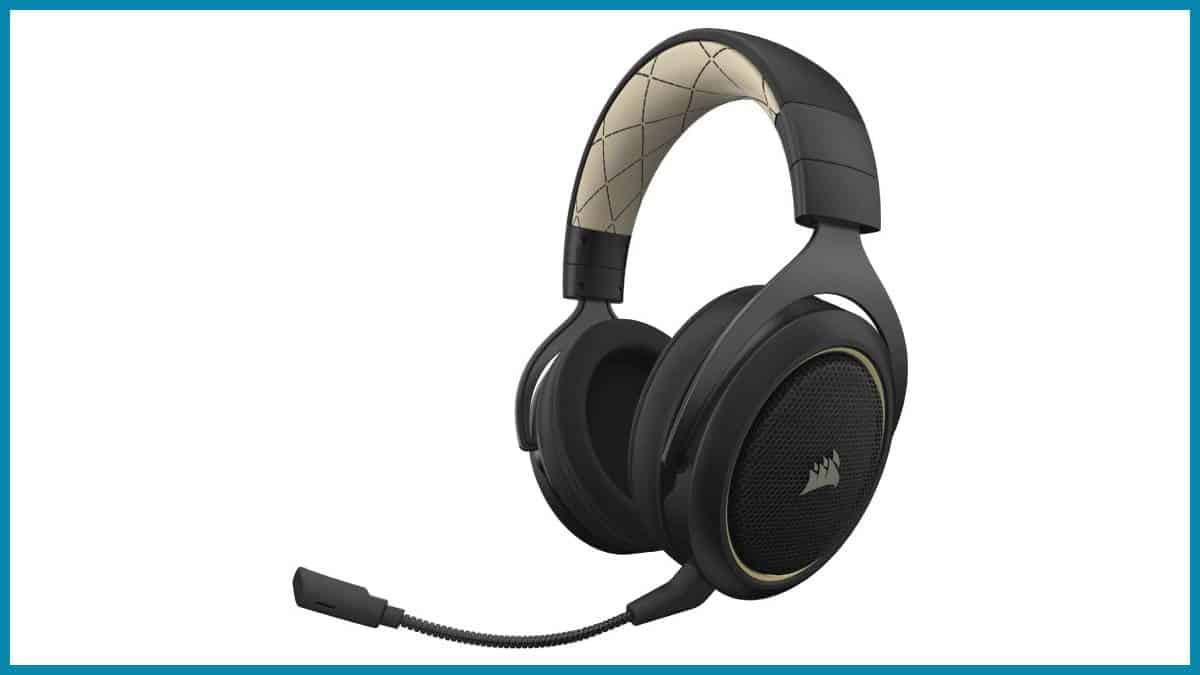 The Corsair HS70 SE is an excellent headset that is priced extremely well. It provides true value for the money.

These days, Corsair offers two series of headsets: The Void lineup and the HS-series. Regarding the latter, the Corsair HS70 sits atop the product stack, with a “SE” version we’re looking at today. The SE designation doesn’t mean much outside of aesthetics, which is a bit strange, but not unusual for Corsair.

Corsair’s HS-series of headsets are aimed at more budget-conscious users, but the fantastic performance/price ratio they offer borders on cannibalizing Corsair’s higher-end Void models. In short, the HS70 is the wireless equivalent of the wired, analog HS50 – and that’s a good thing.

The HS70 SE retains a lot from its HS50 cousin in design and build quality but adds wireless connectivity and 7.1 virtual surround sound. Corsair blends this into a sub $100 package, and it makes for one of the best, least expensive wireless headsets out there. Below, we’ll evaluate build quality, features, and sound.

Much like any other Corsair product you may have opened in recent years, the HS70 comes in a glossy black and yellow box, laden with information on every surface.

Inside the box, you will, of course, find the headset, a detachable mic, a rubber USB charging cable, and a USB receiver for wireless operation. There’s also the associated documentation, such as the quick start guide and warranty information.

As mentioned above, the Corsair HS70 is, in many ways, a wireless HS50. With the HS70, Corsair eschews the wired connectivity in favor of wireless audio over the 2.4 GHz band. It also maintains the subtle and understated design previously found on the HS50, which is nice for anyone who finds the design choices of Corsair’s Void line a bit aggressive.

The outside of each ear cup is layered with a metal mesh that acts as a faux open-back design. Be warned, though, that’s not the case—the earcups are sealed. That means you won’t have to worry about any audio seeping out of the headset.

On the edge of the right earcup, you’ll find a single power button for powering the headset on or off. The rest of the controls are located on the left earcup. There, you’ll find a volume knob, a mute button for the microphone, and a micro-USB charging port. Situated next to the charging port is an LED indicator for the status of the battery; green means charged, red means the battery is low, and amber indicates the battery is charging.

Overall, build quality is fantastic on the HS70. Corsair has chosen to use aluminum alloy yokes and an aluminum headband, as well as ABS plastic for areas around the headband and earcups. For a headset that comes in at well under $100, Corsair has done exceedingly well with a selection of materials and attention to detail.

At around 12 oz, the HS70 is among the more compact and lightweight headsets I’ve used, but they’re still a bit too bulky to take outside of the home. In lacking Bluetooth support, there’s also little reason to use them away from a computer.

In terms of comfort, the HS70 headset is a joy to wear and use. Thanks to a near-perfect clamping force, the headset isn’t too tight while also staying in place quite well. The memory foam cushioning inside the earcups also helps with longer listening/gaming sessions.

Using wireless headsets or headphones usually means making some concessions in audio quality, but the HS70 again defy their price—as well as other wireless headsets—in terms of audio performance. A pair of 50mm neodymium dynamic drivers power both earcups, and offer a 20Hz – 20KHz frequency response range. The result is a remarkable and impressively well-balanced listening experience. The low-end is thick and powerful, without overdoing it; there’s a nice balance between bass and treble.

The midrange and upper-range frequencies also posses a lot of clarity. The sound across the frequency spectrum is such that the HS70 is equally suited to games, music, or movies. While Corsair doesn’t seem to specify what technology is behind the 7.1virtual surround sound, the effect does an admirable job of widening the soundscape synthetically.

As with all wireless headsets, finite battery life is a point of concern. Corsair claims a 16-hour expectancy between charges, and in my experience, Corsair comes close to that claim. I’ve seemed to average around 14 hours between charges. Once the battery is drained, you can plug it in to charge and resume listening, although audio tends to sound better with a full battery powering the headset.

Corsair also claims the HS70 can work within a 40’ range, but it’s more like 30’ or less in practice. In a perfect world with a straight line of sight and no obstructions, the HS70 may very well work at 40 feet away. However, the HS70 picks up audio flawlessly in a living room or game room environment. I can even leave the living room and go into the kitchen without the headset missing a beat.

As with most of Corsair’s peripherals these days, there’s software integration via iCUE. Per the usual with iCUE, it’s a very capable, yet needlessly confusing piece of software. The interface and menu structure of iCUE is still cluttered, meaning users will likely be hunting for features or options, or discovering them after a dozen times of opening the application.

In the case of the Corsair HS70, the first thing you’ll likely be inclined to do is disable the voice prompts, and auto-shutoff—both are an extreme annoyance. Within the “settings” menu, you can also monitor battery status, which can be helpful.

In the “Home” tab, after clicking on the HS70 headset device in the “devices” window, you’ll see the “EQ Presets” on the left side. This is where you can toggle one of five factory presets, or better yet, make your own. On the right side, you can adjust the mic volume, the mic sidetone, and choose between stereo sound or 7.1 surround sound.

As I’ve mentioned more than once now, Corsair’s iCUE is a powerful utility, but it continues to suffer from being unintuitive. It has gotten better over time, though. Corsair also updates it routinely, so there’s hope what it will realize its full potential someday.

With the HS70 wireless headset, Corsair has seemingly upset the natural order of headsets. They’re classy, comfortable, they sound incredible, and the build quality is impeccable. They cost less than $100, but you wouldn’t guess that without seeing the price tag—they easily compete with headsets in the $150 range. The HS70 punches so far above its weight, and I’d have a hard time recommending any of Corsair’s pricier alternatives.

If I have any complaints about the headset, it’s the usual Corsair iCUE song and dance I’ve gone through before. Thankfully with headsets, it’s more of a “set it and forget it approach.” There’s also the annoying voice prompts, but those too can be disabled and forgotten about. However, low-battery beeping cannot. There’s also a minor annoyance in that the headset volume doesn’t sync with the Windows volume level. Certainly not a deal-breaker, but worth noting.

Bottom line: The Corsair HS70 is one of the best headsets I’ve used, and it’s easily recommendable over the nearby competition or even models above its price range. If you’re looking to spend less than $100 on a headset, there’s not a better choice. 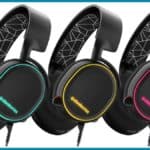