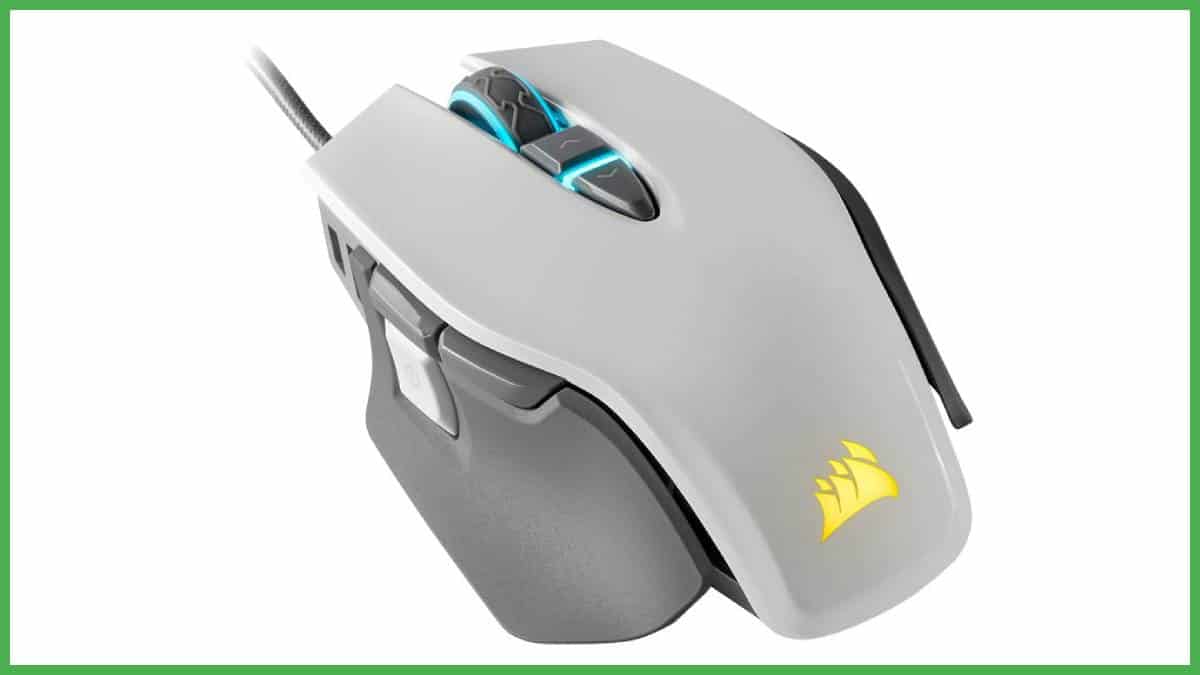 All in all, the Corsair M65 RGB Elite is one of the best gaming mice at its price range.

You can’t get anything better at $60 so this mouse has earned our recommendation.

Corsair has been in the mouse game for some time now. However, the M65 may be one of their most venerable products, a flagship dating back to 2014. Since then, the M65 has seen multiple iterations, going from the original Vengeance M65 to the M65 Pro RGB, and now, the current heir apparent to the throne, the M65 RGB Elite.

The Corsair M65 is known for being a sleek, tunable FPS gaming mouse, an identity that is still evident in the successor we’re looking at in this review. The M65 RGB Elite mostly retains the shape and design of its forebears, although Corsair has made a couple of notable changes.

The M65 RGB Elite also sheds a bit of weight and features a slightly shorter profile when compared to its predecessor, in addition to a different side button layout. All told, the M65 RGB Elite is still an FPS-centric gaming mouse, and a worthy contender almost five years on.

The packaging is the standard fare for Corsair, bright yellow and black, with plenty of pictures and marketing on both the front and back. Inside, you’ll find reasonably frustration-free packaging, a warranty guide, an owner’s manual, and the mouse itself.

At first glance, the M65 RGB Elite doesn’t look much different than the M65 Pro RGB. They both feature the well-known long and narrow shape, with something of a wide footprint and plenty of contours and edges on both sides of the mouse. It’s the kind of divisive design that either invokes love or hate; I tend to feel the former, but as with all things, it’ll come down to personal preference.

The M65 RGB Elite is a right-handed mouse, best suited for claw grippers. It’s a bit too short for a full palm grip, although it fares well enough for a hybrid palm/claw grip. Those who like bigger mice might find the somewhat compact body of the M65 a bit unpleasant. Having gotten used to the Corsair Glaive RGB as my daily driver, acclimating to the M65 Elite RGB took some time, even though this wasn’t my first foray with an M65 mouse.

That said, ardent FPS players likely wouldn’t appreciate the extra heft of a bigger mouse or the associated drag it would bring.

Corsair also changed up the layout of the side buttons, and it’s a welcome change. The two thumb buttons on the left side of the mouse are bigger, more elongated, and overall much easier to engage. The dedicated sniper button is also much closer to the thumb buttons, meaning you no longer need to make a dexterous reach with your thumb for low DPI shots.

The M65 RGB Elite, as mentioned previously, also increases the DPI sensitivity by roughly 50 percent over the M65 Pro RGB. While the innovation is laudable, and enthusiasts and e-sports level players may applaud the numbers, no one really needs 18,000 DPI.

One of the most iconic features of the M65 is its tunable weight system. Underneath the mouse, there are three removable weights, allowing users to augment the weight. The M65 RGB Elite is noticeably lighter than its predecessor at 97g without any weights; the M65 Pro RGB weighs roughly 115g without the added weights. The M65 RGB Elite can only weigh as much as 116g with all added weights, while the M65 RGB Pro weighs 135g with all weights.

Speaking as someone who prefers hefty mice, this was something of a disappointment. I would’ve liked to see a broader weight gamut, similar to the M65 Pro RGB. That said, FPS gamers prefer lighter gaming mice, and that seems to be reflected here.

Rounding out design and features, the M65 Elite RGB boasts an aluminum frame with a textured plastic comprising the sides, combined with a glossy plastic adorned to the top making up the outer shell. The glossy finish can be a bit slick, but tolerable. The M65 RGB Elite comes in either black or white. The white version particularly accentuates the RGB lighting and looks great next to the Corsair K70 RGB MK.II SE.

To test the M65 RGB Elite, I primarily used Destiny 2 to put it through its paces. I also played a bit of Anthem and Pillars of Eternity II: Deadfire to see how it held up in other genres. The tightly grouped side buttons immediately shine, as they are much easier to access in intense gaming moments. The sniper button works just as well when scoping a sniper rifle for a long-distance shot.

I noticed no particular behavior from the mouse during my time with it. Gaming mice mustn’t have any inborn angle snapping or smoothing, or anything that otherwise messes with raw data from the sensor. I also noticed no signs of acceleration or jitter, though I barely scratched the surface of the 18,000 DPI range—anything beyond about 3,500 DPI is illogical to me.

But again, that’s subject to preference, although I doubt anyone is going to be gaming at 18,000 DPI.

Regarding DPI, through Corsair’s iCUE, the DPI can be adjusted in steps of 1 DPI, allowing you to tune the mouse to your setup perfectly. This is a welcome change from the normal 50 DPI increments we usually see.

While it took some time to adapt (or readapt, rather) to the M65 RGB Elite, resulting in more than a few deaths in Destiny 2, I eventually found the mouse to offer a fluid, comfortable, and accurate experience. Although the features on the M65 RGB Elite don’t really enhance any games outside of the FPS genre, the mouse is still a suitable choice for about any game.

Corsair’s iCUE is the software suite that is spread across all of Corsair’s supported peripherals. The Corsair Utility Engine has increasingly gotten better over time and is emerging as one of the better peripheral interfaces—if not quite perfect. The menus can be a bit cluttered, and finding the exact function you’re after can be counterintuitive at times.

These issues are more acutely felt with Corsair’s high-end gaming mice, as they tend to have more customizable features than keyboards, which can lead to more digging through the menus.

Upon setting up the M65 RGB Elite, the first place you’ll want to visit is the DPI section. Once there, you can program up to five DPI profiles that can easily be cycled through with the DPI buttons atop the mouse. You can also assign each DPI setting a unique color, making profiles easily distinguishable with a cursory glance. The sniper button can also be adjusted and is set to 400 DPI by default.

Elsewhere in iCUE, you can perform a surface calibration (which you should do), set up macros, and of course, configure the RGB lighting. There are two lighting zones, made up of the scroll wheel area and the Corsair logo at the back of the mouse.

So far, the Corsair M65 has been an excellent mouse in every form it has come in, and Corsair continues that legacy with the M65 RGB Elite. As a previous user of the M65, I was excited to see Corsair refresh it with new characteristics, all without comprising what made the original great—or, at least, not compromising much.

The fact that the M65 RGB Elite can only weigh as much as 116g – which is what the M65 Pro RGB weighs with no weights – is a bit of a misstep, in my opinion, but I understand why Corsair went that route. The M65 is intended as an FPS mouse for gamers who prefer lightweight mice, and the tunable weight system helps it appeal to a broader audience beyond that.

Those of us who prefer a heavy gaming mouse are likely in the minority, and if you’re looking for a meaty mouse, the M65 RGB Elite is not for you. You’d be better suited with the Corsair Glaive RGB or the newer Ironclaw RGB.

That aside, even with the new-found svelteness, the M65 RGB Elite has a lot to love. The new button layout is a clear improvement, and with a total of eight programmable buttons, it should satisfy all but the most macro-heavy of users.

Despite its trimmer profile, the M65 RGB Elite is as durable as ever, and Corsair wisely retains the excellent build quality the M65 is known for. That might be the best mark I could give it, as it really is a beautiful mouse. From its aluminum flourishes to its glossy finishes, there doesn’t seem to be any facet of the mouse that hasn’t received meticulous attention to detail—even the skates on the bottom of the M65 RGB Elite are excellent and are comparable to PTFE quality.

And of course, as its name implies, the M65 RGB Elite is loaded with well-executed RGB lighting that is especially striking on the white version.

If you’re a proponent of lighter gaming mice, or if you’re looking to upgrade your older M65 model, the Corsair M65 RGB Elite might just be the mouse to beat at $60. It’s not exactly a cheap mouse, but I find that the price tag is well deserved. 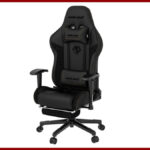