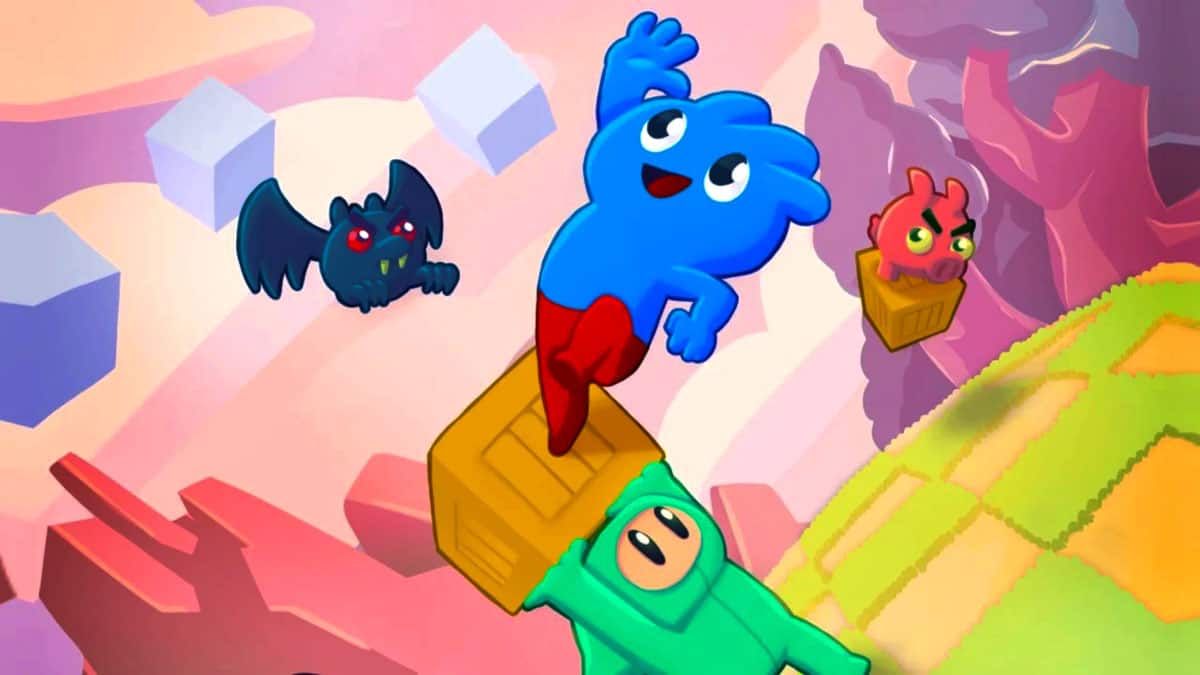 If you enjoy the mind-stimulating effects of puzzle games and movement-based challenge of platformers, then puzzle platformers are for you.

This niche genre has been around for decades and shows no signs of disappearing, especially in the indie scene where experimentation runs rampant.

So to keep you in the loop, here we’re highlighting the best puzzle platformers on Steam, PlayStation, Xbox, and Nintendo Switch.

For more gaming recommendations, check out our growing library of curated lists, and comment below with your favorite puzzle platformer game!

Hatup is a fun budget indie puzzle platformer that casts you as a small purple hero with a Fez hat that unlocks special platforms while worn.

This serves as the basis for the game’s level designs which see you navigating platforming challenges using your character’s movement abilities and hat properties.

As you progress, new mechanics are introduce that require you to think strategically about when to pick up your hat or decide to leave it behind altogether.

The game is a great value considering it costs less than a cup of coffee so if you like what you see, make sure to check out the creator’s other platformer Saomi.

It’s not easy to make spiders look cute or even friendly but Webbed manages to do both while still being mechanically sound adventure puzzle platformer.

Set in a fantasy-inspired version of Queensland, it sees you controlling a tiny peacock spider on a quest to rescue her boyfriend after he’s kidnapped by a giant bird.

To do so, she must rely on the help of other bugs as well as her versatile web-spinning abilities to swing to different areas, create bridges, and move heavy objects.

The game is worth checkinng out for its robust physics systems alone but puzzle platformer fans are likely to enjoy the gameplay and story as well.

Suparland Six Inches Under is the follow-up to Supra Games’ hit Portal-meets-Zelda metroidvania and offers a fun mix of platforming and puzzle-solving.

One of the more interesting concepts on this list, Toodee and Topdee blends both 2D platforming and top-down puzzle-solving in one fun package.

This is done by switching between the two titular characters and using their unique perspectives to move objects and overcome tough challenges.

New mechanics are layered on from level to level and there are also boss fights where both characters must work together to come out victorious.

The nature of the game’s design make it best suited for playing with a controller even if you’re on PC.

Pico Park is a 2D puzzle-platformer that becomes more crazy and hilarious the more people you bring along.

Designed for 2-8 players, it has your group working together to solve puzzles, collect keys, and reach the end of each stage.

There are 48 levels in total, each introducing a unique gimmick meant to challenge your team and encourage cooperation.

The best part is it supports local and online multiplayer, making it a great getting together with friends.

Another solid co-op recommendation is KeyWe, a puzzle platformer management game about small birds working together in a post office.

In it, you and a friend take on the role of Jeff and Debra, two adorable kiwis assigned to sort mail, type of letters, ship parcels, and much much more.

This is done by jumping, flapping, pecking, and butt-slamming your way around interactive levels filled with all sorts of levers, bells, and buttons.

There are a ton of cute cosmetics you can unlock in the game using stamps you earn from meeting each shift’s quota, and various mini-games to keep you entertained.

Next up is Hazelight Studios’ critically-acclaimed couch co-op game It Takes Two.

From there, the duo embarks on a fantastical puzzle platformer adventure complete with unique challenges and mini-games to explore.

It Takes Two can be played via online split-screen on PC and console, with only one person required to own a copy of the game.

Switching gears, Refunct is a more relaxed take on first-person puzzle platforming that will only take a few hours to beat.

Challenges themselves are straightforward, so the real joy comes from traversing Refunct’s colorful world via fluid parkour movement.

If you’re searching for a puzzle platformer that will really mess with your head and have you questioning the basic laws of the universe, look no further than Superliminal.

In it, you’re tasked with clearing a series of test rooms that require you to manipulate objects using the power of perspective to change their size, distance, and orientation.

The further you go, the more layered and complex puzzles become, often requiring you to combine different actions, exploit physics, and do a small bit of platforming.

While it doesn’t have much of a story, there are some intriguing mysteries to unravel, and the puzzle mechanics can be fun to mess around with.

What Lies in the Multiverse

What Lies in the Multiverse is a story-driven puzzle platformer that takes players along for a reality-bending adventure.

In it, you’re tasked with harnessing the power of the multiverse to switch worlds in mid-air and turn pitfall traps into bridges, walls into tunnels, and foes into friends.

The game features an extensive cast of quirky characters who will help you along the way as you explore temples, towns, harbors, forests, and more.

If you enjoy puzzle games that tell a light-hearted story to keep you engaged, then you’re sure to like What Lies in the Multiverse.

If you enjoy solving 3D puzzles in diverse and colorful platforming levels, The Last Cube is definitely worth checking out.

Taking on the role of the titular Last Cube, you’ll have to prove your worth and save your desolatie cube world from destruction.

This is done by navigating carefully-crafted puzzles that revolve around a unique sticker system that grants your cube new abilities.

Levels are packed with tons of little details, secrets, challenges, and rewards that encourage you to experiment as you roll, dash, hop, and clone your way to victory.

Next up is Inside, a critically-acclaimed 2.5D puzzle platformer from Playdead, the same developer behind Limbo.

Like the studio’s previous titles, Inside places a big emphasis on atmosphere, specifically creepy environments and characters.

In it, you play as an unnamed boy tasked with exploring a strange facility with multiple floors and areas while solving a series of platforming puzzles.

Each section introduces new mechanics that force you to adapt on the fly, including a handful of sequences where you’re being chased by enemies.

Braid was released in 2009 and played a pivotal role in shaping how modern puzzle platformers are structured, laying the groundwork for many indie games of today.

The story centers on a man named Tim as he attempts to rescue a princess from an evil monster using time manipulation.

While meant to be a critique of contemporary video game trends, it ended up being a solid puzzle platformer in its own right with unique visuals and gameplay.

Braid’s graphics have aged significantly since but the developer is working on releasing an Anniversary Edition with updated graphics as we speak.

The Trine series of puzzle platforming games are among the best the genre has to offer, especially the original and it follow-up sequel, Trine 2.

After that, the developers took a sort of weird turn and decided to make the game 3D, which didn’t go over well with fans.

Thankfully, they went back to the original 2.5D perspective for Trine 4: The Nightmare Prince, resulting in a return to form for the series.

Designed to for both solo and co-op, the games chronicle the adventures of three magical heroes: Amadeus the Wizard, Pontius the Knight, and Zoya the Thief.

You can’t bring up puzzle platformers without acknowledging the series that kicked off a new generation of first-person games.

Both Portal games center on a woman named Chell as she’s forced to complete a series of tests at the behest of an evil AI called GLaDOS.

What makes these games so great is the functionality of the portal gun, which allows the wielder to create wormholes that act as a bridge between two surfaces.

While the original is still a great deal of fun, Portal 2 improves upon the formula with new puzzle elements and a cooperative story mode.

Little Nightmares II is the follow-up to Tarsier Studio’s atmospheric puzzle-platformer that doubles down on the suspense and story.

In it, you play as Mono, a young boy who finds himself trapped in a distorted world that’s being affected by a strange transmission from a distant signal tower.

Mono teams up with Six (the protagonist from the first game) in hopes of reaching the tower and unlocking its dark secrets.

Along the way, the pair will have to sneak, jump, and sometimes fight their way past demented dolls and disturbing adults.

Although there’s no shortage of enjoyable puzzle-platformers on the Switch, most of them are relatively light on the puzzles, with one notable exception.

Captain Toad: Treasure Tracker was originally released for the Wii U before being ported to the Switch and 3DS in an updated version with extra levels.

In it, you play as meek adventurer Captain Toad who, unlike Mario, cannot jump and gets easily startled by most enemies.

To overcome this, the game emphasizes verticality in its levels which essentially function like giant Rubik’s cubes with moving pieces housing hidden areas.

Far: Lone Sails is a highly-underrated indie puzzle platformer that has you traversing the dried-out seabed of a once-glorious civilization.

In it, you play as the small unnamed captain of a massive steam-powered ship capable of traveling on both land and sea.

Your job is to keep the ship moving forward by managing each station inside while also stopping to collect fuel and solve puzzles throughout the game’s 2.5D world.

Aside from its bleak post-apocalyptic setting, Lone Sails is a relaxing experience with satisfying puzzles that offer just the right amount of challenge.

The last game we’re recommending puzzle platformer fans check out is The Pedestrian, another 2.5D indie game with a unique premise.

In it, you take control of the iconic pedestrian figure from street traffic signs after they’re magically brought to life and begin exploring our world.

Each level is comprised of various signs that players can travel between by rearranging and linking various switches and triggers.

As you progress through each level, so too does your little pedestrian, introducing new obstacles and secrets to discover. 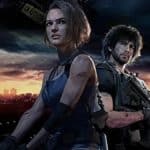