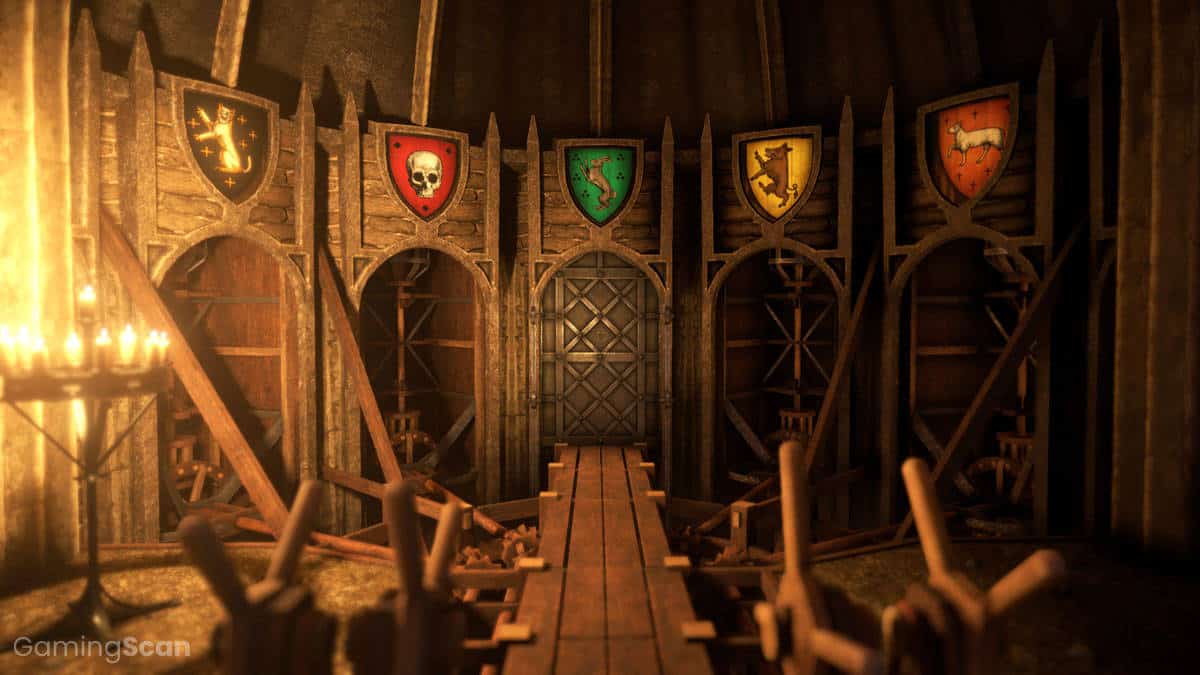 Escape room-style puzzle games are great for flexing your brain muscles and improving your memory, logical reasoning, and problem-solving skills.

Some escape room games incorporate a narrative to make them feel like first-person adventure games or movement-based challenges that turn them into more of a puzzle platformer.

We’ll be updating this list in the future with new titles, so make sure to check back and let us know if we missed any of your favorite multiplayer games!

First up, we recommend checking out Escape Simulator, a first-person puzzle game that can be played either solo or cooperatively with friends.

Drawing inspiration from real-life escape rooms, it gives players the freedom to hold onto objects from room to room, inspect items, and even break them to reveal a hidden object inside.

Players can go beyond the base game’s maps and use Escape Simulator’s custom level maker to create their own or explore a wide selection of community-made ones.

For a more story-driven escape room experience, we suggest picking up Dr Livingstone, I Presume?

It sees your character receiving a mysterious letter from an old friend asking for help; upon visiting his home, you discover a series of locked doors that require puzzle-solving to find the keys.

As go deeper and deeper into the house, you’ll face increasingly complex and bizarre challenges as well as make startling discoveries about Dr. Livingstone.

Next up is Tiny Room Stories: Town Mystery, another unique point-and-click-style escape room where players find themselves traveling through a remote town blocked off by puzzles.

To progress, you must search through every building and each of its rooms, revealing hidden objects and secrets about the mysterious ghost town.

The game stands out from others in this genre for giving players the freedom to explore the entire world and tackle each room in whatever order they see fit.

Between Time is an escape room puzzle game that sees your character traveling through space and time to retrieve priceless treasures from mysterious locations throughout history.

After stealing a time machine, you’re transported to one of five rooms set during different points in human history and must solve logic-based puzzles to obtain your reward and escape.

Players take on the role of Liam, who awakes to find the doors to his room completely locked, his laptop hacked, his phone broken, and other out-of-the-ordinary events.

The game features fully voiced characters, immersive environments, and many escape room puzzles to solve as you try to unravel the mystery behind its story.

Next on our list is Veritas, an escape room puzzle game full of mystery and discovery that comes from developer Glitch Games, creators of the point-and-click adventure game Forever Lost.

In it, you take on the role of a volunteer participating in a study conducted by Veritas Industries who wakes up in a small room with their memory wiped.

Armed with a mysterious Glitch Camera, you’ll have to photograph everything you find to reveal clues and take notes to help you solve puzzles while exploring the strange facility.

While there’s no shortage of great budget escape room games that can be scooped up for the price of a cup of coffee, the one we’re highlighting here is The Escaper.

Boasting real-time 3D graphics, the game challenges you to use your skills and wits to discover hidden clues and solve challenging physics-based puzzles in order to escape.

Players have the option to go through the experience with a limited time session or progress at their own pace without any time constraints.

Considering how doom and gloom escape room settings typically are, why not shake things up with a game that’s both mentally stimulating and aesthetically pleasing?

The Witness is a first-person puzzle game set on a beautiful island containing logic-based puzzles that require you to connect dots.

Every time you complete one, a new door, power source, or tool is revealed, allowing you to explore new areas as you make your way towards the island’s peak.

If you’re searching for a puzzle game that will really mess with your head and have you questioning the basic laws of the universe, look no further than Superliminal.

In it, you’re tasked with clearing a series of test rooms that require you to manipulate objects using the power of perspective to change their size, distance, and orientation.

The further you go, the more layered and complex puzzles become, often requiring you to combine different actions, exploit physics, and do a small bit of platforming.

We Were Here Together is another first-person, co-op escape room puzzle game where players must work together to survive.

The story centers on a pair of explorers who end up separated in a mysterious castle and can only communicate via walkie-talkies.

Before you give the game a go, we suggest downloading We Were Here, a free pilot episode that acts as a demo of the full game.

If you enjoy a bit of visual novel presentation with your escape room gameplay, consider picking up Danganronpa: Trigger Happy Havoc.

Regarded as one of the best entries in the detective puzzle series, it follows a group of students as they’re trapped and forced to participate in a sinister game at the behest of an evil pink bear.

Before you can escape, you’ll have to successfully identify the killer by gathering evidence, interviewing key witnesses, and building a case against your prime suspects.

Zero Escape is another great visual novel detective series that incorporates elements of escape room puzzlers and tells the story of nine people trapped together in a room.

It doesn’t take long for the victims to go insane and start questioning each other’s motives as they try to put their differences aside and solve puzzles standing between them and freedom.

We suggest starting with The Nonary Games, which includes the first two entries in the series, 999: Nine Hours, Nine Persons, Nine Doors, and Virtue’s Last Reward all remastered and updated.

While the Portal games may not be full-fledged escape room experiences but rather puzzle-platformers with room-based levels, they’re worth including on this list.

Portal 2, in particular, does a great job at showcasing Valve’s creative chops with witty dialogue, atmospheric environments, and challenging puzzles that can be tackled solo or with a friend in co-op.

If you’ve never gotten a chance to play it and happen to own a Nintendo Switch, we recommend picking up the Portal: Companion Collection, which bundles together both games.

Regarded as one of the most beloved and prolific escape room series, The Room spans several installments which see you using unique contraptions and clues to solve puzzles.

There’s less of a focus on combining objects throughout the entirety of a room and more on tinkering with mechanical items such as clocks, music boxes, and projectors.

As the series has progressed, environments have also become more atmospheric and creepy to the point of feeling like you’re trapped in a vintage horror movie.

The House of Da Vinci

In it, you take on the role of Leonardo Da Vinci’s top apprentice as they attempt to search for their mentor after he mysteriously vanishes.

By exploring Da Vinci’s workshop, you’ll sleuth out hidden clues and messages left behind that unlock new rooms and bring you one step closer to finding out the truth.

To conclude our list, we recommend escape room fans check out Facility 47, a point-and-click horror puzzle game in which your character wakes up alone and freezing in an icy cell.

With no clear escape, you’ll have to get creative and use the objects around you—a letter and bottle of pills, to find out how you got here and more importantly, how to get out.

More mysteries await you on the other side as you explore an isolated research facility in the freezing depths of the Antarctic, discover hidden objects and clues, and try to piece together what happened. 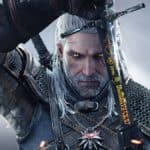