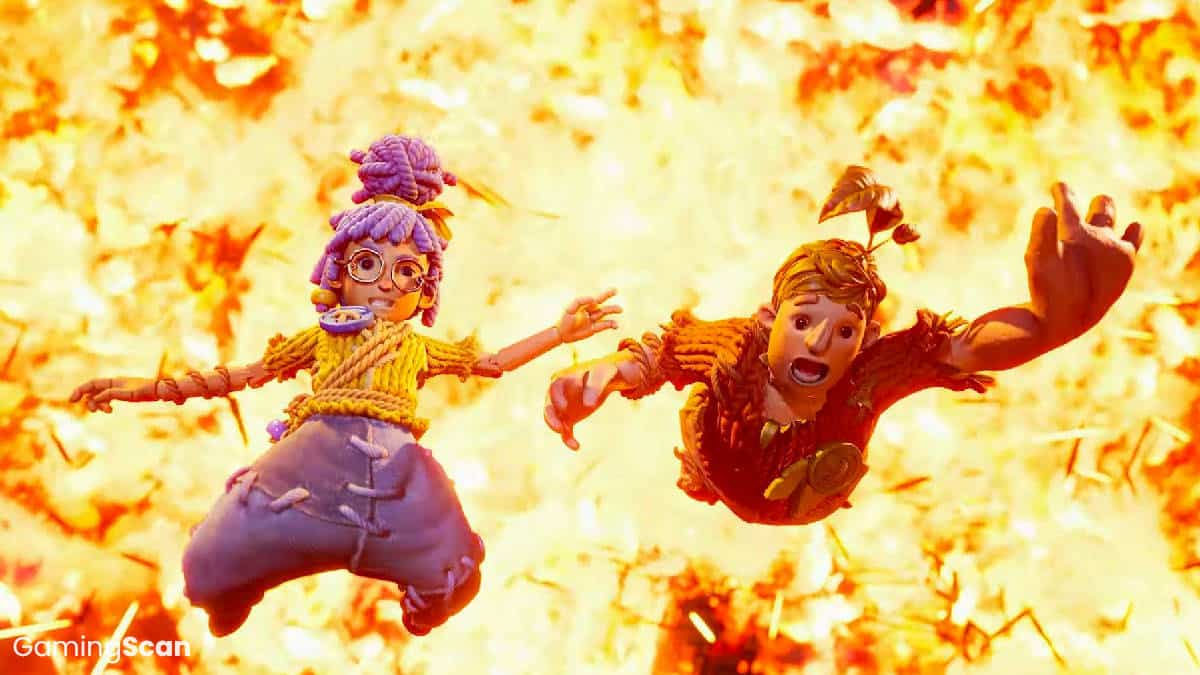 Hazelight Studios has been pushing the envelope for modern co-op games that transcend genres while offering players unique opportunities to collaborate with a partner, friend, or loved one.

It Takes Two is the studio’s latest outing and shows Hazelight hitting its stride as a developer focused entirely on creating the best co-op games for players of all skill levels.

We’ll be updating this list in the future with new titles, so make sure to check back and let us know if we missed any of your favorite games similar to It Takes Two!

Our first recommendation to anyone who enjoys It Takes Two is Sackboy: A Big Adventure, which is a continuation of the co-op-driven PlayStation platformer LittleBigPlanet.

In it, players take control of the series’ titular mascot Sackboy as he sets off on a magical adventure to save his home Craftworld from the villainous Vex.

Like It Takes Two, gameplay combines 3D platforming sections with puzzle-solving and active combat that relies on players working together.

Sackboy’s story can be tackled with up to four players online, locally, or a mix of the two, with certain challenges requiring a set number of players to complete.

Before It Takes Two, Hazelight developed A Way Out, another cooperative-driven action game directed by Josef Fares.

In it, players take on the role of either Leo or Vincent, a pair of buddy criminals with very different personalities that must work together to escape from prison.

While not as family-friendly as its successor, the game does a great job of delivering meaningful gameplay that relies on two players working together.

This includes an abundance of cinematic set-pieces, memorable dialogue, and support for both local and online co-op with only one player having to own a copy of the game.

Next up, we’re suggesting It Takes Two fans pick up the enhanced port of Super Mario 3D World + Bowser’s Fury for the Nintendo Switch.

Much like the original Wii U platformer, the game sees Mario and his friends on a mission to rescue cute fairy creatures from Bowser’s clutches after he invades the Sprixie Kingdom.

Gameplay will feel familiar to anyone who’s played a Super Mario game before but includes some fun new features like the Super Bell power-up that turns you into a cat that can climb on walls and scratch enemies.

While playable solo, the game is a lot more fun with friends, allowing you to utilize different characters’ special abilities and work together to complete hidden challenges.

For more multiplayer fun, consider picking up Unravel Two, another co-op-centric platformer published by EA and developed by Coldwood Interactive.

The story centers on two small creatures made of yarn called Yarnys as they traverse a world teeming with both beauty and danger at every turn.

From outrunning scary animals to navigating around sharp objects and surviving harsh weather conditions, the Yarnys must look out for one another to make it to their final destination.

This is represented in-game by a connective thread that binds both characters together while proving useful for running, jumping, and swinging across tricky environments.

A personal favorite, KeyWe is a co-op puzzle management game about a pair of Kiwi birds named Jeff and Debra that work inside a whimsical post office.

Tasks are completed by using jumping, flapping, pecking, and butt-slamming your way around uniquely designed levels filled with all sorts of interactive levers, bells, and buttons.

If one co-op game starring adorable animals wasn’t enough, then allow us to hit our own quota with this next recommendation.

Phogs! is a couch co-op puzzle-platformer about two conjoined dogs that share the same body and passion for food, mischief, and adventure.

The duo makes their way around a colorful kingdom comprised of three worlds with platforming and puzzle challenges that require you and your partner to bark, bite, and bounce your way to victory.

There are 20+ levels to explore with hidden collectibles scattered throughout that can be used to buy new hats for you and your partner to wear.

What about a co-op platformer where you play as cute robots? In Biped, two players work together to guide a pair of small robots that can only move one leg at a time.

Ready for an added challenge? Biped offers optional coins for you and your teammate to collect throughout levels and use to unlock new hats for your robot buddies.

Like It Takes Two, the game has a lighthearted tone that’s further complemented by low-stakes gameplay that encourages communication.

Another co-op-based game like It Takes Two that forces players to communicate to achieve their goals is Operation: Tango.

In it, one player takes on the role of a secret agent and the other a tech-savvy hacker, combining their strengths to bring down an evil megacorp.

The spy player heads out into the field to try and infiltrate locked-down facilities with help from their hacker companion every step of the way.

The game employs a similar content model as It Takes Two, requiring only one player to own a copy for both people to play online.

While only a portion of It Takes Two focuses on combat, the game manages to do a fine job of conveying the excitement and thrill of third-person shooters like Gears 5.

In fact, both games feature an abundance of cool and memorable set pieces that put players at the center of the action with life or death stakes.

Even if Gears 5 isn’t as casual friendly as It Takes Two, you can always knock down the difficulty and experience one of the best co-op shooter campaigns of all time.

Beyond that, the game features a host of multiplayer-driven side activities like Horde, Escape, and many more PvP modes.

Another personal favorite, the Trine series of puzzle-platformers is chockful of fun co-op experiences to the point we couldn’t narrow it down to just one.

However, like with any franchise, it’s usually best to start with the original and work your way towards the most recent game, which happens to be Trine 4: The Nightmare Prince.

In each game, players take on the role of three magical heroes: Amadeus the Wizard, Pontius the Knight, and Zoya the Thief, with the ability to swap characters at any time.

Like It Takes Two, each character has a unique set of skills that allow them to solve different puzzles, battle enemies, and traverse the environment with help from their teammates.

Anyone who liked It Takes Two will probably get some enjoyment from the co-op-focused action-platformer Guacamelee!

Both the original and its sequel feature nonlinear Metroidvania exploration that let you revisit earlier secret area once you’ve unlocked certain abilities.

Players take on the role of legendary wrestlers Juan and Tostada as they fight to protect the lands of the living and dead from an evil skeleton named Calaca.

The franchise does an excellent job of leveraging traditional Mexican culture and folklore while keeping players engaged with dazzling visuals and gameplay.

For another game with similar puzzle mechanics as It Takes Two and a more immersive first-person POV, We Were Here Together and its follow-up We Were Here Too are both worth checking out.

In it, you and a partner play as traveling explorers who end up stranded in different parts of a mysterious ancient castle.

Using walkie-talkies to communicate, you’ll have to guide each other through cooperative puzzles blocking your only escape route.

Before purchasing the game, we recommend picking up We Were Here, a free pilot episode that illustrates what to expect in the full version.

Lovers in a Dangerous Spacetime is a fantastic couch co-op game about teamwork that offers a unique blend of shoot ‘em up combat and management sim gameplay.

Supporting up to four-player local co-op, it sees your ragtag team of astronauts piloting a ship across the deep reaches of outer space.

The spaceship is comprised of various stations dedicated to tasks like piloting, firing cannons, triggering shields, and more, that can only be manned by one player at a time.

This forces you to divvy up the work with your partner and decide who’s assigned to which station at any given time.

Brothers: A Tale of Two Sons

Going back even further in Joseph Fares’ catalog, Brothers: A Tale of Two Sons is a narrative-driven puzzle-platformer that explores similar gameplay concepts as It Takes Two.

The story centers on two brothers as they venture out into a fantastical world to find a remedy for their sick father’s illness before his situation worsens.

What ensues is an epic adventure filled with magic and discovery but also pain, anger, and love in the face of adversity.

While the game was originally designed to have one player controlling both brothers, the Nintendo Switch version adds native co-op support for two players.

Last but not least, any gamers who had fun with It Takes Two owes it to themselves to go back and play Portal 2, which happens to feature one of the best co-op campaigns of all time.

In it, players are cast as robots Atlas and P-Body as they navigate a series of test chambers at the behest of the series’ main villain GLaDOS.

Similar to how players must combine Cody and May’s unique tools in It Takes Two, Portal 2 tasks you and a partner with operating opposite ends of a portal gun.

Constant communication is needed to get past the many hazards, turrets, and other obstacles littered throughout each level. 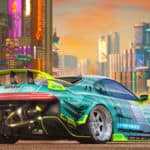