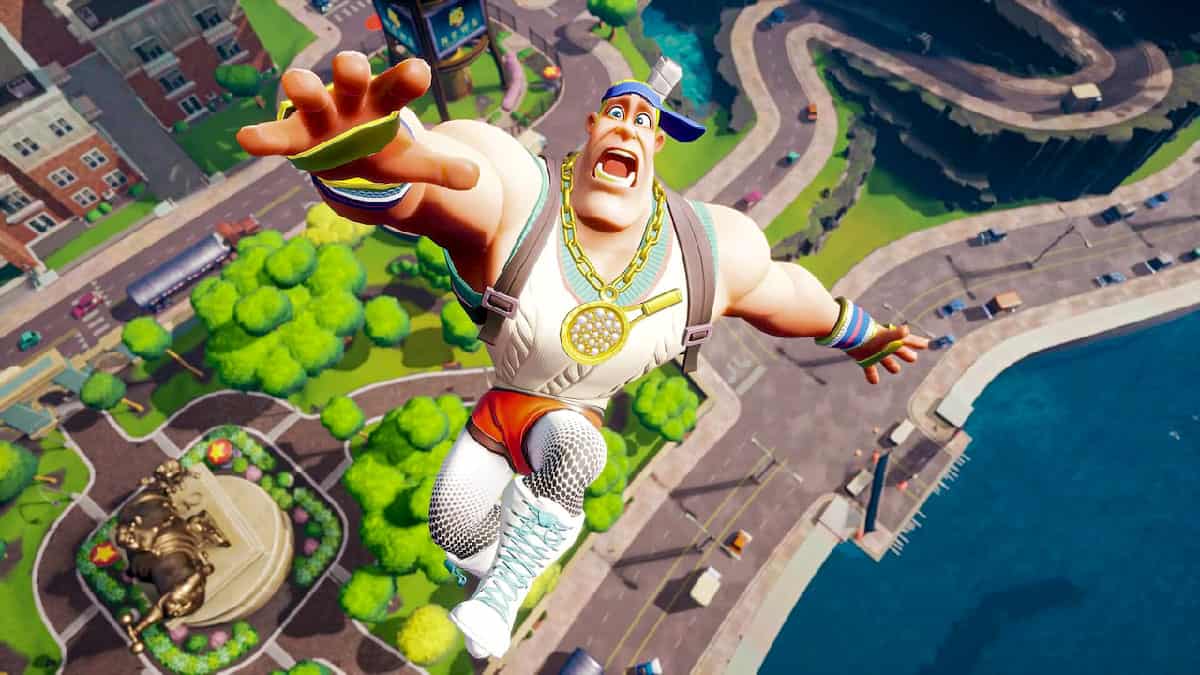 If you’re looking to play the best free PC games on Steam right now, then you’ve come to the right place.

These games will provide hours of fun with satisfying gameplay and consistent updates at no upfront cost.

So if you’re ready to expand your gaming library, keep reading on for the best free PC games to play with friends or solo in 2023.

If exploring the backrooms sounds like a fun way to kill time, then The Complex: Found Footage is the perfect game for you.

In it, players are invited to pick up a VHS camera and immerse themselves in a mysterious story involving infathomable, dream-like structures.

Gameplay is best described as that of a walking sim, with most of the scares coming from The Complex’s unsettling atmosphere.

Guild Wars 2 manages to separate itself from MMO giants like World of Warcraft by approaching the genre from a fresh perspective.

In favor of a subscription model, the game is free to play and includes a surprising amount of content without any additional fees.

The world is designed to react to your decisions in meaningful ways, ranging from visual changes to additional quests tied to certain actions.

In many ways, this makes Guild Wars 2 play more like a single-player RPG with all of the features and community-based interactions of an MMO.

Another free MMORPG worth checking out is Lost Ark, which invites players to explore new lands, discover powerful rewards, and hone their skills in battle.

Lost Ark’s combat is very fluid, fast-paced, and like many MMOs, has an overall hack and slash feel across its many weapons and classes.

Furthermore, the game supports a wide range of playstyles, so there’s a good chance you’ll find at least one class that meshes with your own.

Last but not least, Lost Ark is packed with hundreds of hours worth of content with an endgame grind that will keep you busy for quite a while.

MultiVersus is a new free-to-play platform fighter in the same vein as Smash Ultimate that’s already showing promise as a competitive game.

If one free fighting game’s not enough, check out Rumbleverse, a wrestling-themed battle royale by Iron Galaxy and Epic.

Each round sees up to 40 players dropping onto the Grapital City map and fighting to be the last player standing.

Carrying on, Fall Guys is a free-to-play battle royale platformer where up to 60 players compete in easy-to-learn, difficult-to-master mini-games.

Some are modeled after physical game-show challenges, while others are inspired by classic 3D platformer gameplay.

During mini-games, players are tasked with traversing tricky obstacle courses and sometimes working together with teammates to score the most points.

The real fun comes from interactions with other players that highlight the game’s intentionally clumsy controls and physics that are designed to trip you up.

As one of the few games supporting cross-play, Rocket League has amassed a huge community even before Psyonix made it free-to-play.

Essentially a cross between vehicular combat and soccer, the game sees two teams competing to score the most goals before the clock runs out.

This simple yet effective formula is sure to provide hours of enjoyment for no cost aside from custom vehicle skins that are totally optional.

Lastly, despite its close proximity to esports, Rocket League can still be enjoyed casually, making it great for gamers of all ages.

Next up is Knockout City, a unique online multiplayer sports title that combines dodgeball and fighting game mechanics in one free-to-play package.

In it, players try to knock out their opponents using powerful dodgeballs with special traits that can quickly turn against you if the enemy manages to catch the ball.

For quick escapes, your character can also summon a glider, tackle enemies, or roll up into a ball for a teammate to pick up and throw.

There are several included modes that introduce new balls, hazards, and objectives as well as a battle pass with unlockable cosmetics.

Roblox is a free online MMO that lets you make your own mini-games using a wide array of tools and exclusive features.

While most content is targeted at younger gamers, you can still find plenty of unique and interesting Roblox games covering a wide swath of genres.

This includes open-world and tycoon games as well as shooters, RPGs, platformers, and many more you wouldn’t expect to see represented.

Boasting over 40 million daily active users, Roblox is one of the best free PC games for kids, adults, and creators of all ages looking for casual gaming fun.

Brawlhalla is a 2D arena fighter that takes some cues from Nintendo’s Super Smash Bros. while introducing its own roster of 40+ playable characters.

The goal is quite simple: fight your way to victory by knocking opponents off the stage and becoming the last player standing.

Outside of the main roster, it features numerous crossovers with TV shows, movies, and video game properties that add new fighters and skins.

With simple controls and special moves that require a single button to perform, Brawlhalla is also easy for new players to pick up.

Continuing on, Destiny 2 is another free-to-play multiplayer shooter worth looking into if you enjoy season-based looter shooters with rolling content.

In it, you take on the role of a space defender tasked with protecting the last beacon of humanity as alien factions wage war for power.

While primarily a first-person shooter, your Guardian can also wield superpowers that can quickly change the tide of battles.

It’s very multiplayer-driven, requiring 3-6 players to tackle most end-game content, though if your crew is up for the challenge, you could try with less.

Apex Legends continues to prove itself within the battle royale space, with many putting it up right beside or even above competitors Fortnite and PUBG.

The game’s top-notch quality isn’t that surprising when you consider it was created by Respawn, by now a seasoned vet in the shooter space.

Other quality of life improvements such as cross-play, solo matchmaking, teammate respawns, and cinematic kill screens help keep Apex fresh and accessible to all.

You can’t deny Fortnite’s dominance over both the battle royale and free-to-play categories as the game continues to add new content across multiple seasons.

The addition of Daily Challenges and evolving map has made Fortnite one of the most most rewarding and replayable free-to-play experiences around.

That’s before even mentioning its crossplay support and extensive tie-in events with high-profile properties like Marvel and DC comics.

No stranger to free-to-play lists, Digital Extremes’ third-person shooter Warframe has been delivering a robust and engaging experience for years.

It casts you as a space ninja with the power to travel at breakneck speeds to their next target and defeat enemies using stylish attacks.

The game also features a class system that unlocks distinct skills and traits depending on your Warframe, weapons, and ability modifiers.

The combat is just as intense and chaotic as you’d expect, especially when you team up with friends and start flying through levels.

Any RPG fan on a tight budget will appreciate Path of Exile’s no-frills approach to Diablo-like dungeon crawling.

Players take on the role of an Exile forced to survive on the dark continent of Wraeclast before setting off to exact revenge against those who wronged you.

This boils down to battling monsters and completing quests for EXP and powerful loot to continually increase your character’s stats.

Since its release, Valve’s team-based FPS has gone on to become an esports staple and boasts one of the most competitive communities in gaming.

Modes are objective-based and require teammates to communicate and work together to achieve their goal as attackers or defenders.

If you’ve never played a single round of CS: GO or dropped off in the past, now is as good a time as any to hop in and see why the game is so revered.

SMITE is currently the most-played MOBA, with around 30 million registered players across each platform.

In it, you play as one of 100+ different mythological gods, goddesses, and creatures with unique abilities and weapons in 5v5 competitive game modes.

Inexperienced players can build confidence by taking advantage of onboarding features such as CPU Arena Battles and turning on auto-buying and leveling.

A diverse roster of playable characters and crossplay support makes SMITE one of the most appealing free-to-play titles on PC.

As a standalone free-to-play game, Warzone can be played even if you don’t own a copy of Modern Warfare.

Where it stands apart from other battle royales is its addition of the Gulag, a prison for downed players to duke it out for a chance to respawn.

Our final recommendation for free PC games is Valorant, which draws inspiration from the best shooters of the last decade while putting its own spin on the genre.

Presented as a 5v5 tactical shooter, the game sees you joining either Defending or Attacking sides as you compete in objective-based rounds.

There are several playable characters called ‘Agents’ to choose from, each one unlockable for free in-game.

Each one features a unique skill set that can give players a leg up on the competition and help turn the tide of battles. 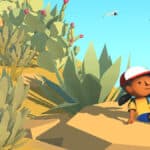