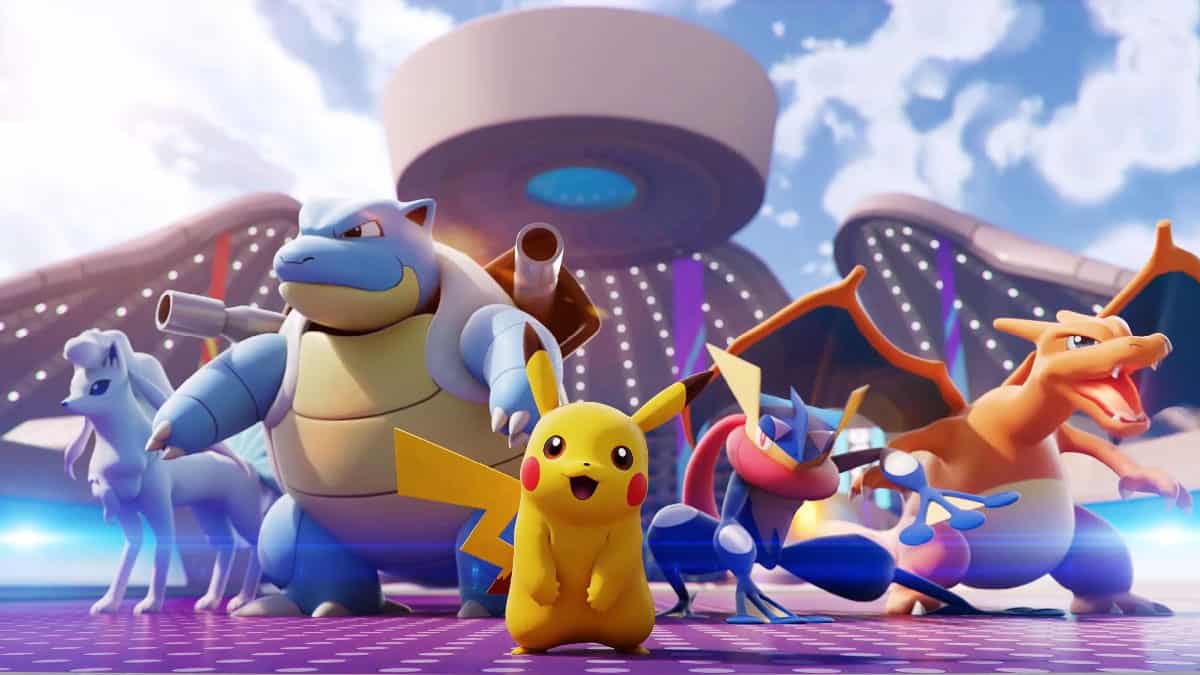 Outside of Nintendo exclusives like Mario, Zelda, and Pokemon, the Switch eshop has a lot to offer to its users, including those looking for new free Switch games.

From free-to-play staples to up and coming freemium titles, the Nintendo Switch library is constantly expanding to offer diverse games at no cost to start.

To help make sense of it all, we’ve highlighted the best free Switch games to play in 2023 across all genres and age groups.

For more Nintendo suggestions, check out our growing library of curated gaming lists, and let us know what are your top free Switch games to play!

Building off of the 3DS title Team Kirby Clash Deluxe, Super Kirby Clash is a free-to-start action game that focuses on boss battles.

With help from up to three friends, players can wield four unique Kirby powers against powerful bosses and defeat them to advance to the next stage.

Weapons can be made stronger by crafting and spending materials at an in-game shop to unlock new variations.

On top of this, the game allows you to equip armor and other enhancement items to give your Kirby a fighting chance in each arena.

Knockout City is a unique online multiplayer sports title that combines dodgeball and fighting game mechanics in one free-to-play package.

In it, players try to knock out their opponents using powerful dodgeballs with special traits that can quickly turn against you if the enemy manages to catch the ball.

For quick escapes, your character can also summon a glider, tackle enemies, or roll up into a ball for a teammate to pick up and throw.

There are several included modes that introduce new balls, hazards, and objectives as well as a battle pass with unlockable cosmetics.

After selecting your fuzzy mercenary, players are dropped onto an exotic island map where they’ll have to make a mad dash for the nearest gear.

Matches support up to 64 players and perform considerably well on the Switch hardware due to the game’s less-taxing 2D graphics.

Next up is Arena of Valor, a Western adaptation of the Chinese MOBA Wangzhe Rongyao that’s skyrocketed in popularity since releasing in 2016.

In it, players select from one of 100+ different heroes, many of which are inspired by Chinese historical figures.

Included are several game modes, the most popular being ranked Grand Battles where teams coordinate to destroy enemy towers.

Like in many MOBAs, your characters start out at a relatively low level and upgrade over the course of a match by reaching various milestones.

Fall Guys: Ultimate Knockout is a colorful platforming battle royale that sees up to 60 players competing in easy-to-learn, difficult-to-master mini-games.

Pokemon’s recent foray into the MOBA genre has been met with mixed reviews, with some praising its streamlined design and others accusing it of being pay-to-win.

Regardless of which camp you agree with, there’s no denying Pokemon Unite has had one of the best launches, already gaining a massive playerbase on day one.

In it, two teams face off in a competitive mad dash to score points in their opponent’s goal while defending their own and leveling up their Pokemon to unlock new abilities.

One of our favorite free Switch games, Apex Legends is what you get when Titanfall multiplayer gets mashed together with hero shooters and battle royales.

Another recommendation for Pokémon fans who enjoy solving puzzles, Pokemon Cafe Mix is a great way to kill time while honing your skills as a cafe owner.

Gameplay is centered around preparing menu items for customers through a tile-matching mini-game and recruiting different Pokemon to work in your cafe.

Each Pokemon staff member has a special skill that can come in hand when facing obstacles like sugar cubes, dollops of whipped cream, and tomatoes.

While free to start, you’ll eventually have to deal with annoyances like limited moves and heart meters but these can be worked around with Golden Acorns, the game’s currency.

Rogue Company is a new contender in the online shooter arena that draws inspiration from multiplayer shooters like Fortnite, Overwatch, and Call of Duty.

The game tries to strike a balance between fast-paced action and tactical combat that requires teamwork and coordination.

You play as one of 24 elite agents called “Rogues,” each with a special set of skills that can come in handy across modes like Extraction, Demolition, and Strikeout.

Although the game is primarily free-to-play, you can unlock additional rewards at a faster rate by signing up for a season-based battle pass.

As one of the rare games that support cross-play, Rocket League has managed to amass a huge community that’s only grown in size since Psyonix made the game free-to-play.

It’s a simple yet effective formula that’s sure to provide hours of enjoyment for no cost aside from custom vehicle skins which are totally optional.

Despite it’s close proximity to esports, Rocket League can still be enjoyed casually, making it great for gamers of all ages.

Warframe is a fast-paced third-person shooter that’s managed to stick around and remain popular for quite some time.

In it, you play as space ninja exploring sprawling levels set on different planets while battling waves of alien and robot enemies.

Although that may sound like a recipe for repetition, Warframe keeps things interesting by offering various activities for players to check out at any given time.

The game also features a massive roster of 30+ customizable character classes that will expose you to different playstyles and strategies.

Paladins has become a lot more popular since releasing for the Switch, amassing a community of over 25 million players.

The fantasy-themed hero shooter sees you competing in 5v5 team battles in familiar modes like Siege, Team Deathmatch, and Onslaught.

The main appeal stems from the game’s diverse roster of 40+ “Champions” combined with its unique deck-building system that lets you modify a character’s abilities.

It also happens to be one of the few Switch games that support crossplay with consoles and PC, making it easier to play with friends.

Fortnite’s Battle Royale mode continues to dominate as the most popular free-to-play game around, so it came as no surprise when a Switch version was announced.

The game has you dropping down on a huge map with an ever-shrinking circle where you’ll have to loot, shoot, and build on-the-fly for a shot at being the last player standing.

Finding a match is never a challenge thanks to the game’s insanely large player base as well as crossplay support across all platforms.

Based on how successful Fortnite’s been for Epic, we’re confident they’ll continue to rollout quality of life improvements and updates for years to come.

Tetris 99 is a free-to-play battle royale game that sees up to 99-players competing in rounds of traditional Tetris in real-time, with the goal of clearing lines as quickly as possible.

Removed lines then turn into piles of ‘junk’ that clutter up other players’ boards and can cause them to get eliminated.

You have the option of focusing on one opponent or letting the game automatically target enemies for you.

The only caveat is you need to be a Nintendo Switch Online subscriber in order to play Tetris 99 or purchase it’s DLC, which adds offline CPU Battles and an endless “Marathon” mode.

Pokémon Quest a free-to-start action-strategy game that sees you battling Pokémon throughout various islands and cooking meals to convince new ones to join your camp.

Unlike the mainline Pokémon games, battles are carried out in real-time and see you assigning up to three Pokémon to your party before heading out on an expedition.

Pokémon can perform both normal and special attacks that have cooldowns, and the game provides a way to boost a creature’s stats via “Power Stones.”

The inclusion of real-time combat is a nice change of pace for the series, and the base camp feature provides a deeper level of interactivity between you and your Pokémon than the mainline games.

Bethesda’s free-to-play base builder Fallout Shelter is just as addictive today as it was when it released in 2017.

The game puts you in charge of designing, managing, and upgrading your very own fallout bunker with the goal of recruiting vault dwellers and building a functioning community.

Customization tools allows you to change the name and appearance of every vault dweller as well as assign them special roles across various stations like water filtration, broadcasting, etc.

Your vault dwellers will form relationships, have children, and venture out into the wasteland to fight Radroaches, Super Mutants, and even Deathclaws.

Brawlhalla is a 2D arena fighter that takes some cues from the popular Nintendo series Super Smash Bros. while introducing an original roster of 40+ playable characters.

The goal of the game is simple and straightforward: fight your way to victory by knocking opponents off the stage in 1v1, 2v2, and 4-8 Player free-for-alls and team battles.

There are also alternate game modes like Brawlball and Bombsketball that offer a more casual-friendly experience to balance out competitive matches.

While many free-to-play games try to keep a consistent update schedule, Brawlhalla has pretty much all of them beat by constantly adding new characters and special events.

Color Zen is a relaxing minimalist puzzle game in which you match corresponding colors in order, with the goal of filling the entire screen with a specified color.

Failing to solve a puzzle doesn’t bring any real penalty other than having to start from the beginning of a level, of which there are 460 included.

The game’s simple and intuitive controls allow you to use the touch screen in handheld mode and Joy-Con when docked, making it suitable for playing at home or on the go.

Last but not least, The Pinball Arcade is a great option for classic pinball action on the Switch that starts at zero cost.

The game touts itself as the most realistic pinball simulation ever created and includes digital version of over 35 licensed tables from throughout pinball history.

Some highlights include Ghostbusters, Star Trek, and Doctor Who pinball tables as well as a plethora based on iconic franchises.

Finally, Pinball Arcade supports both local and online multiplayer while using the Switch in handheld, tabletop, or docked modes. 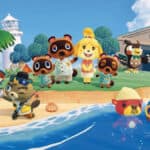